This BYOB Dinner at Chef Michael Chiarello’s just-opened Ottimo in Yountville showed just how powerful wine can be in its ability to bring people together. The occasion was the formal launch of the Vinous map of the vineyards of Yountville, a project our maps team has been working on for several years. It was great to share this night with my colleagues Alessandro Masnaghetti, Kelli White and Bryce Wiatrak. 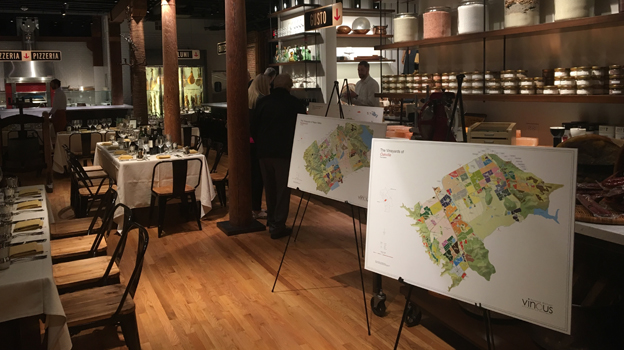 Getting the room ready

Ottimo is just behind Chiarello’s flagship Bottega, right in the heart of Yountville, a quaint small town in the center of Napa Valley that boasts a dizzying array of top-notch restaurants of all kinds. By day, Ottimo is a sort of market with an open kitchen that serves up pizzas, salads, sandwiches and other light fare. At night, the space can be used for private dinners and events like this one. 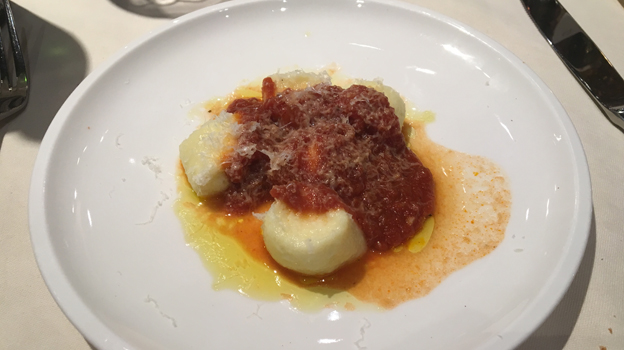 The room was packed and the atmosphere was electric as we sat down for dinner.   Chef Chiarello and his team prepared a classically menu inspired with some twists. The Tonno Tonnato, a take on vitello tonnato was good, but some things are hard to improve on, including this staple of the Piedmontese kitchen. Both pastas were sublime, especially the lasagna. Chiarello’s main course of rabbit done porchetta style was fabulous. I am not a huge sweets person, but the panna cotta was quite good. 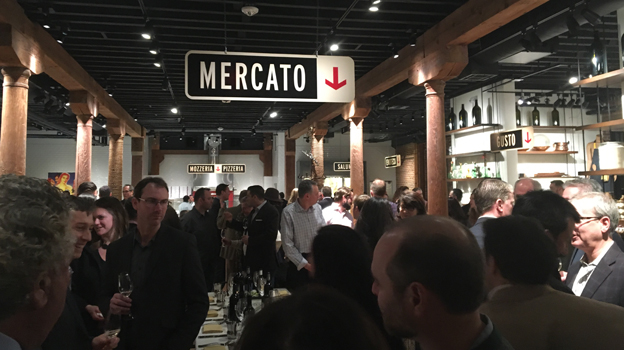 On this night, though, wine was the main event. And what wines we had! Bottega Wine Director Massi Giovannoni and his team took excellent care of a dizzying array of bottles that seemed to come out of nowhere. I am always amazed by the generosity the world’s great wines inspire. The sheer number and variety of wines attendees brought was impossible to keep up with. These are some of the highlights of the wines I was able to taste. 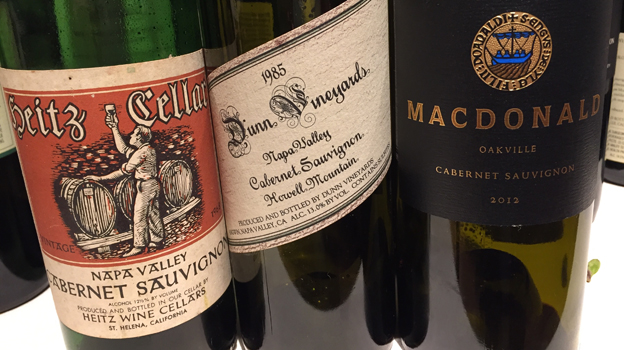 The 1968 Heitz Cellars Cabernet Sauvignon is a beautiful, mature wine from a great Napa Valley vintage. Soft, lifted and fully resolved, the 1968 is absolutely exquisite. Crushed flowers, iron and dried fruits linger on nicely. Joseph Phelps’ 1974 Insignia, here in its first vintage, is a real privilege to taste and drink for many reasons including its historical significance. Remarkably deep and intense, especially for a wine of its age, the 1974 is simply magnificent. Most of this fruit came from Dick Steltzner’s vineyard in the heart of Stags Leap. 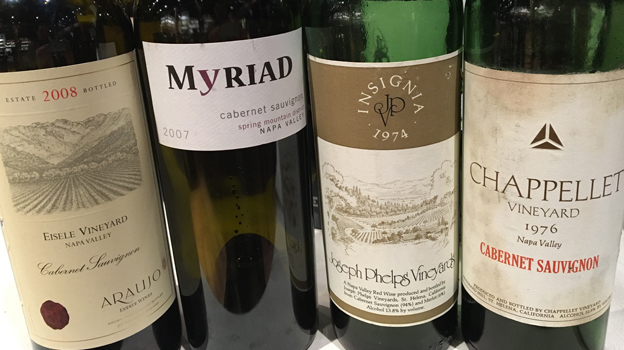 A number of Chappellet Cabernets follow. The 1991 Cabernet Sauvignon Pritchard Hill is deep, rich and intense, but the copious new oak results in a style that lacks the precision of the very best years at this reference point estate. Chappellet’s 1987 Cabernet Sauvignon is fully mature, yet retains striking nuance and vibrancy to match its mid-weight personality. What an exquisite, sublime Napa Valley Cabernet. The 1989 Cabernet Sauvignon is another dense, powerful wine with good depth and intensity, especially for its age, even if it is not as exciting as some of the other wines on the table. One of the stars of the night, the 1976 Cabernet Sauvignon is the finest and most complete of the Chappellet Cabernets on this night. Dense, rich and unbelievably exotic, the 1976 exudes notable concentration and tons of super-ripe dark fruit. Tasted later in the evening, the 1976 has lost none of its intensity. What a wine! 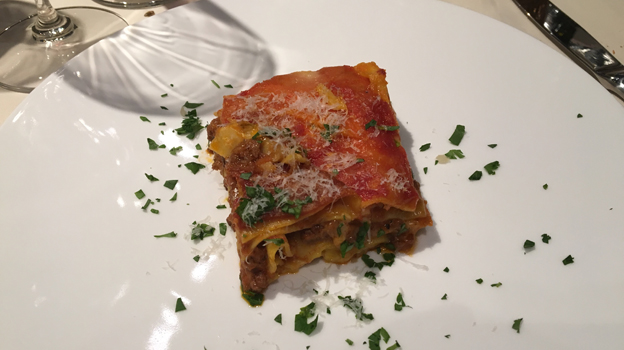 The 1988 Mayacamas Cabernet Sauvignon is pretty, savory and also fully mature. There is often quite a bit of bottle variation with older Mayacamas Cabernets. That has been my experience with the 1988. Randy Dunn’s 1985 Cabernet Sauvignon Howell Mountain is good, but this bottle is not as head turning or explosively beautiful as others I have had. One of the biggest surprises of the night, the 1979 William Hill Cabernet Sauvignon is simply exquisite. Nuanced, sculpted and remarkably fresh for a wine of its age, the 1979 shows just how special Mount Veeder can be. 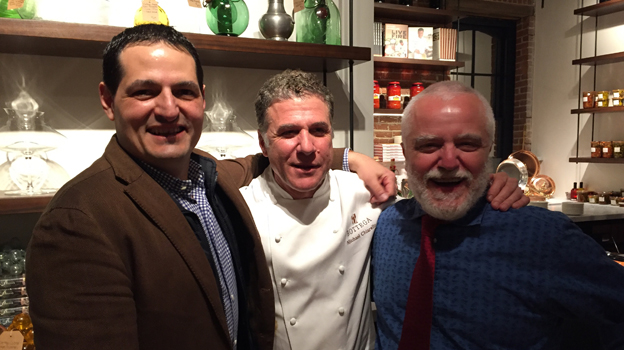 Maybach’s 2004 Cabernet Sauvignon Materium offers serious depth, but it is also heavy, alcoholic and oxidized, not to mention a wine that offers little in the way of complexity. Although showy when young, in my experience the Maybach wines don’t age well. The 2007 Cabernet Sauvignon Spring Mountain District from Myriad is everything a Napa Valley wine made in this style should be. Rich, sumptuous and super-expressive, the 2007 possesses magnificent depth and intensity in all of its dimensions. It is also one of the best Myriad wines I have ever tasted. 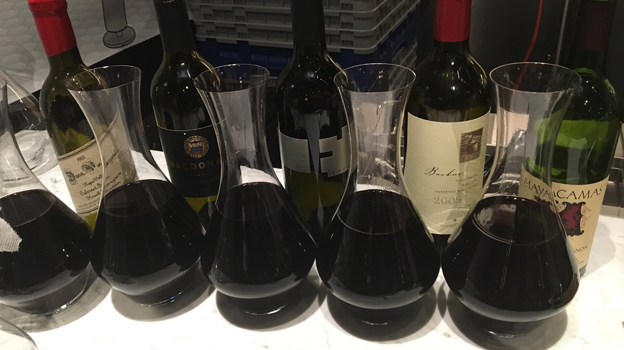 Araujo’s 2008 Cabernet Sauvignon Eisele Vineyard is another highlight. Dark, powerful and just as captivating as I remembered it, the 2008 dazzles from start to finish.  Mocha, espresso, spice and dark-fleshed fruits all blossom in a deep, super-expressive Cabernet Sauvignon. In a word: stunning.  Two 2009s from my cellar show just how satisfying this vintage is for current drinking. Joseph Phelps’ 2009 Cabernet Sauvignon Backus is rich, silky and voluptuous on the palate. The radiant, supple personality of the year comes through in spades. The 2009 Futo is another wonderfully complete, satisfying wine. Still fresh and vibrant, the Futo exudes class from the moment it is opened, with plenty of structure underpinning the fruit. This is a great bottle. 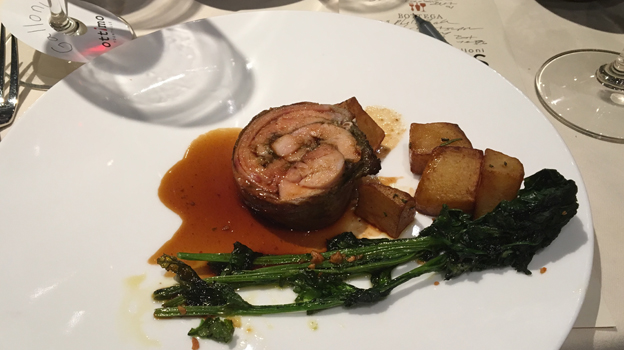 The 2012 MacDonald Cabernet Sauvignon, from the famed To Kalon Vineyard in Oakville, is sublime. Although not my absolute favorite vintage of this wine, the 2012 drinks relatively well for such a big, young To Kalon Cabernet, which is why I brought it to this dinner. With a little time in the glass, the 2012 is superb. I have always adored Kapcsándy’s 2010 Cabernet Sauvignon Grand Vin. Tasted from magnum, the 2010 is powerful, vibrant and towering. It is one of the great wines of this vintage also one of the finest wines ever made at Kapcsándy. I doubt I will ever forget tasting it from magnum. In a word: profound. 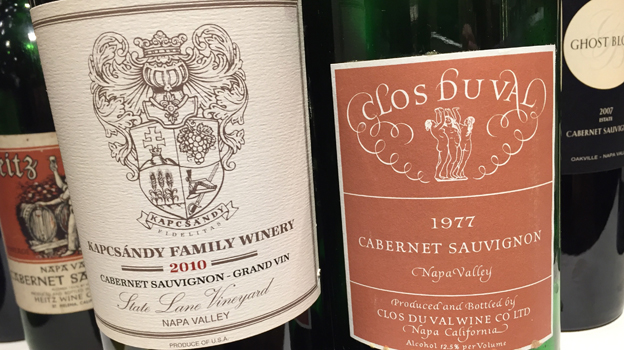 There are many more wines, but keeping track of them becomes nearly impossible. Masnaghetti and I sign maps for each of the attendees and then call it a night. I would like to thank Chef Chiarello, wine Director Massi Giovannoni and our own Kelli White for taking care of all the logistics in organizing this truly unforgettable evening.