Two thousand seventeen in the Santa Lucia Highlands and greater Monterey County was a year that enjoyed plenty of winter and spring rain. That came in handy during the predictably dry but cool summer and a major heat wave that hit all of California over Labor Day weekend. Flowering took place on schedule, mostly in the second week of March, and the infant fruit emerged in the middle of May, also on schedule. Fruit set was abundant thanks to the healthy supply of ground water and resulting vine vigor, so conscientious growers – which in this region means pretty much everybody – put an increased priority on crop-thinning. 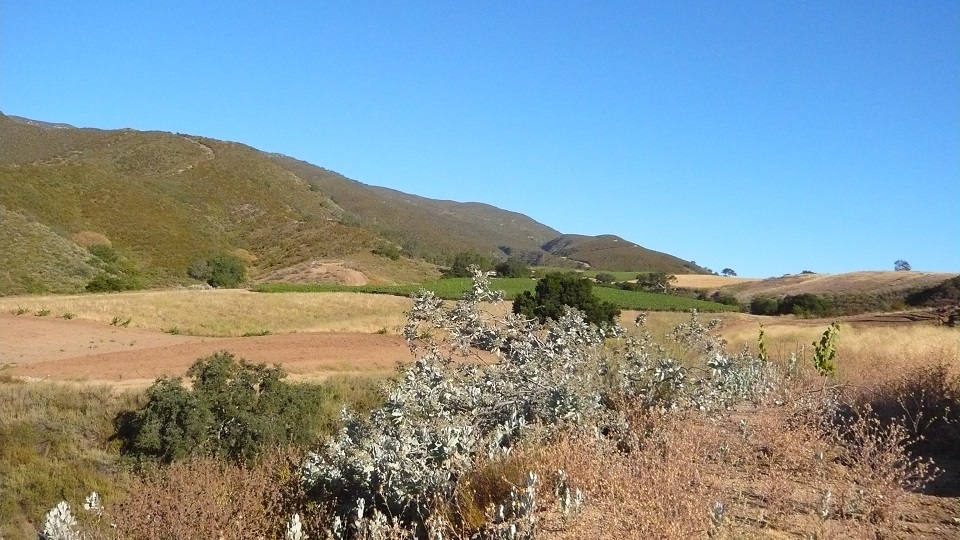 Temperatures throughout the spring and summer were relatively cool, especially at night, as is the norm here. The usual morning fog helped to keep growing on schedule – so, again, things went pretty much by the book. However, the aforementioned early September heat wave, which saw temperatures soar to over 110 degrees Fahrenheit, pushed the harvest up in most spots, forcing the hand of a number of growers when it came to picking decisions, and also necessitating irrigation in some vineyards with the aim of preserving freshness in the fruit. Wise canopy management was also a plus, to protect the soon-to-be-picked fruit from the heat by staving off potential raisining. Many producers reported that they were harvesting a week ahead of their normal schedule, and that held true through the end of harvest, which mostly concluded for Chardonnay and Pinot Noir by the first week of October, under clement conditions. 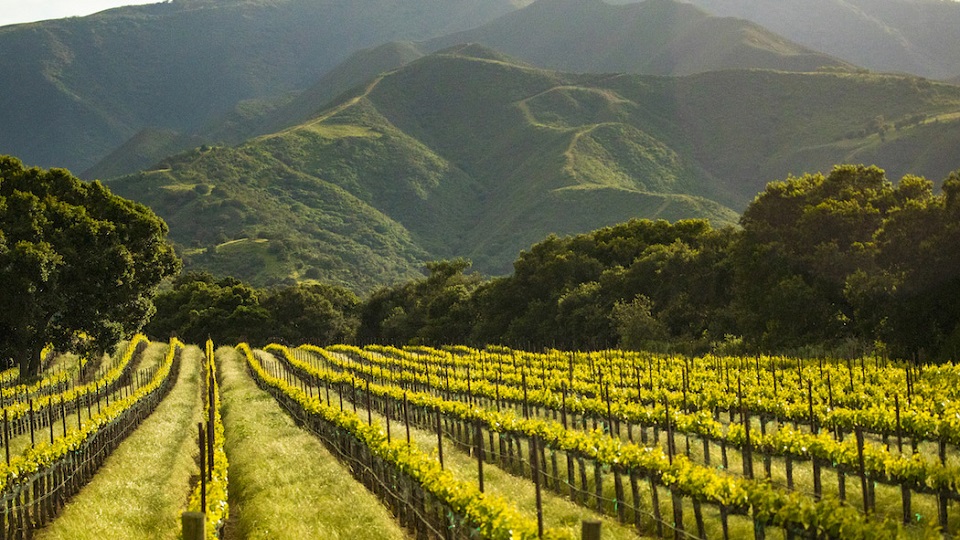 On account of the generally clean fruit, 2017 has turned out to be a pretty typical vintage for the Santa Lucia Highlands. The wines, from all varieties, are mostly fresh, highly perfumed and fruit-driven, with solid cores of acidity and well-integrated, unobtrusive tannins – in other words, in the style on which the region has built its reputation. As might be expected, with many of the vines here getting older, the wines are generally showing greater depth now than in the past, but with no loss of energy. Syrah, in particular, continues to show great promise. I realize that not many people cellar these wines for an extended period, which is entirely understandable, or at least forgivable, given their up-front, fruit-driven appeal. That said, many of these 2017s appear to have the depth, energy and balance to easily age past a decade and, hopefully, repay that patience with added complexity but no real loss of appealing fruit. 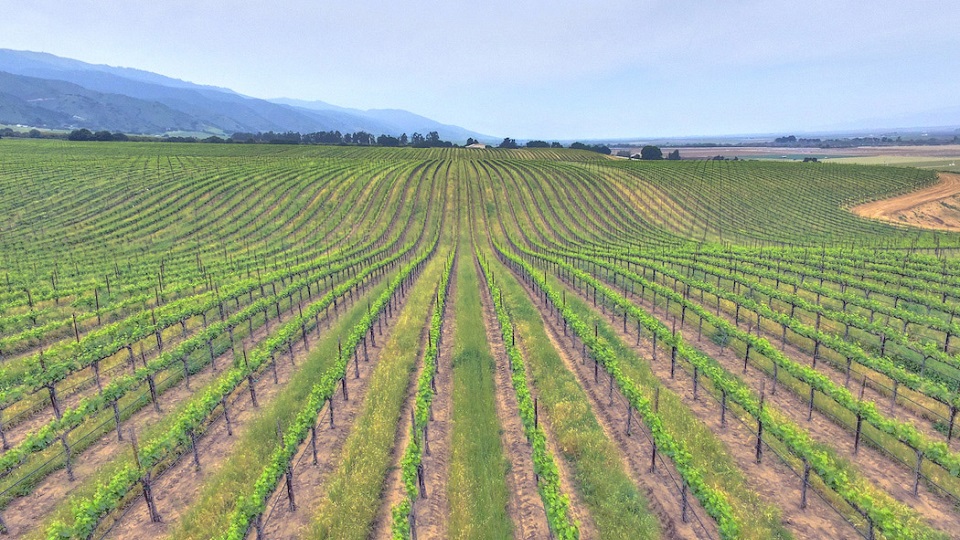 The Price of Admission

As I have noted a number of times previously, based on land prices and the pressing demand for skilled vineyard workers (who can earn good money in this relatively isolated area), entry-level pricing for Santa Lucia Highlands Pinot Noirs and Chardonnays is quite high and, along with the Napa Valley, probably the highest in the United States. That, predictably, makes the region a highly attractive one for outside entities who have big dollar signs in their eyes. The fact is that the Santa Lucia Highlands as we know it is pretty well planted out, but that could and probably will change. Recent history has proven that California and the TTB are not averse to extending appellations because of pressure from well-connected, well-heeled and lawyered-up producers eager to join the club. Just ask winegrowers in the Sta. Rita Hills and Sonoma Coast. 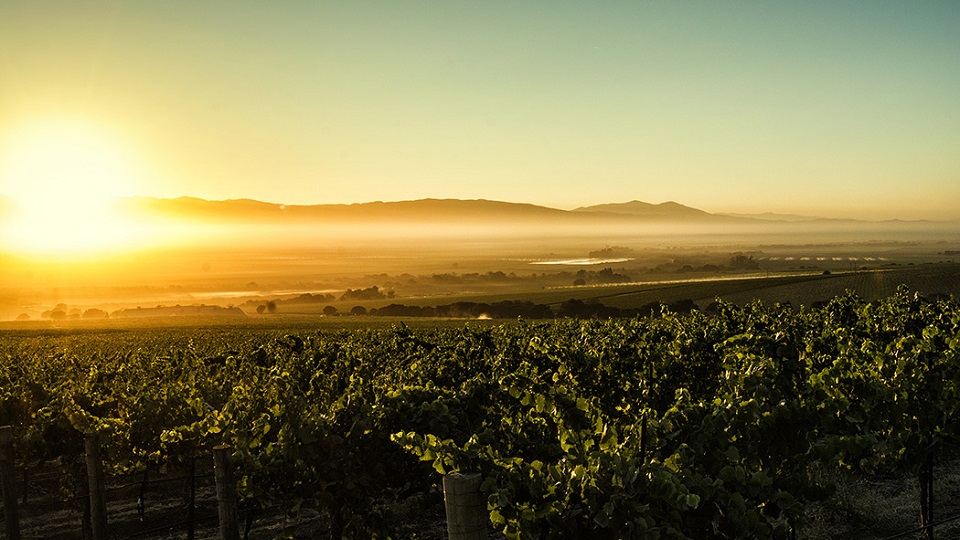 Where’s All The Wine?

There simply isn’t that much plantable land to begin with in this relatively small region (roughly 6,000 acres), given the hilly, often dramatically shifting topography. The best sites, almost all of them small to minuscule, were spoken for, and planted, years ago. Most of the producers here, and definitely the small ones, have built up a robust direct-to-consumer/mailing list program, and the restaurants in greater Monterey have long been loyal supporters of their local wines, so there’s just not that much wine left for the national market, never mind internationally. The increasing worldwide passion for fresh, low-octane, elegant Pinot Noir and Chardonnay plays to the Santa Lucia Highlands’ strong suit, which means that for the last several years it’s been a rare case where producers can satisfy year-round demand. On top of that, most if not all of the best and most sought-after wines are made in minute quantities, sometimes as little as a handful of barrels and often even less than that.

I tasted most of these wines in late summer 2019 in California, plus a few in New York, through late October 2019.