Highly respected vineyard manager Ulises Valdez passed away on September 12, 2018. This profile by Kelli White was originally published in 2015. We republish it today as a tribute to Valdez and all that he accomplished in his lifetime.

Ulises Valdez’s compact frame leaned against his dusty white pickup truck. We were parked on the edge of his Silver Eagle vineyard- 45 acres of Pinot Noir, Chardonnay, and a dash of Syrah that he once leased but now owns. The beige Goldridge soils that dominate the vineyards in this slice of Sonoma looked and moved like beach sand beneath our feet, while the rolling vine rows were lush but clearly meticulously tended. I expected to talk as walked, but Valdez launched into his dazzling autobiography before I was even out of the car. “You want to hear my story?” he asked, eyes twinkling, “here we go.” 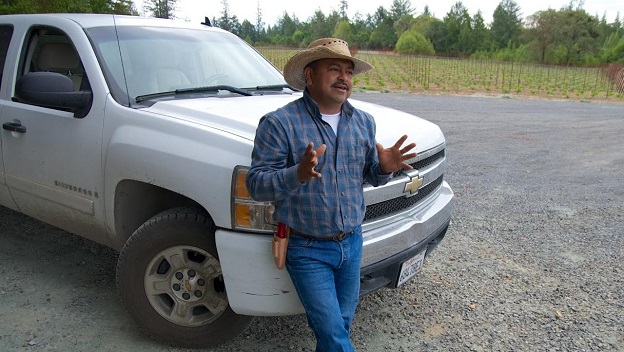 Valdez is one of California’s most prestigious grape growers, though you wouldn’t know it by just speaking with him. Despite the enormity of his accomplishments, Valdez  carries himself with great humility. An emotional speaker who gesticulates emphatically, Valdez alternates between cracking jokes (often self-effacing) and tearing up during one of the many poignant moments of his remarkably moving tale. Though he praises his own dedication, Valdez seems almost surprised by his success, painting it more as a lucky strike than as what it clearly is—the deserved result of decades of relentless work and an irrepressible entrepreneurial prowess.

To say that Valdez came from humble beginnings is an understatement. He and his seven siblings were raised in a one-room adobe house in a small farming village in the Mexican state of Michoacan. Valdez lost his father when he was only seven years old and was forced to quit school after the third grade in order to help support his family. At age ten, he and his older brother moved to Mexico City to join their uncle selling clothes in a flea market. Ambitious even then, Valdez set aside enough of his meager earnings to hire a tutor and learn to read and write.

After a grueling stint working at a sugar cane plantation where the hot honey coming off of the piles of burning canes coated his skin, clothes, and throat, Valdez returned home to his village. There he set to wooing a local girl, even though, as he recalls “she was the prettiest girl in the village and I had holes in my sombrero.” Though the woman would go on to become his wife, their courtship was interrupted when a man approached him one day and asked his age. Finding out that Valdez was sixteen, he inquired, “Want to go to El Norte?” 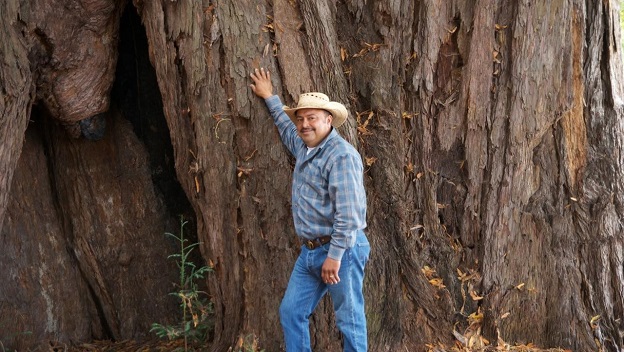 Valdez hates to cut down tress, especially redwoods, so sculpts his vineyards around them

On their first crossing attempt, Valdez and his guide hid in the bushes for hours trying to evade immigration, only to be flushed out by a helicopter. A few weeks later they tried again, making it all the way to the San Diego airport before immigration once again turned them around. On their third try, the two men waded neck deep in the cold ocean in the dark of night. Once across the border they crawled up the beach through sand and mud, into a waiting car. This time, an inside man at the airport helped them slip in out of sight from immigration. They hopped a flight to San Francisco that same day; it was just after Thanksgiving, 1985.

Valdez started working in vineyards right away, first in Dry Creek Valley and Cloverdale. He immediately stood out. “As soon as I had a little English I would speak to the vineyard owners myself,” recalls Valdez, whose work ethic, fearlessness and genial nature made an impression on all who met him. 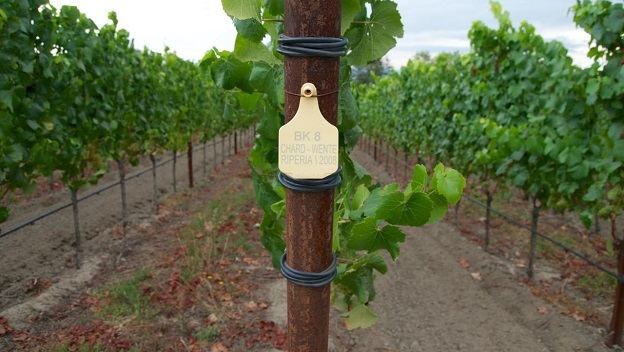 The major turning point in Valdez’s life came only one year after his arrival in California. President Reagan’s 1986 Immigration Reform and Control Act offered temporary amnesty to illegal workers. Valdez applied and gained residency, later becoming a citizen. Now able to freely and legally travel to and from Mexico, Valdez returned home and rekindled his relationship with the village beauty. They married in 1989, both just 20. Although Valdez was now legal, his wife still needed to be smuggled through; so Valdez once again braved an illegal crossing in order to ensure the safety of his young bride.

Valdez’s new legal status emboldened him in non-romantic ways as well. After years of working 18-hour days, Valdez was still a man of limited means, although he knew he wanted to one day run his own operation. Valdez approached Jack Florence Jr., a more established viticulturalist, and said, “I am going to start my own business, one way or another. You have the education, and I have the work ethic; let’s be partners.” Valdez used $5,000 he had managed to save and Valdez & Florence Vineyard Management Company was born. For over 15 years Valdez and Florence ran the company together, but by the late 1990s, Valdez began to feel a pull in a different direction. He had recently befriended Mark Aubert, who opened his eyes to the world of premium farming. Valdez prided himself on working closely with winemakers and was confident he could excel in this new arena, so he began looking to move in that direction.

Late in 2001, Valdez approached the owner of an uncultivated property in the Russian River Valley, and offered to develop a vineyard in exchange for a long-term lease. Florence resisted the plan, citing the skittish post-9/11 economy, but Valdez believed in the land and was determined to make it work. Two years later he bought out Florence, and the new vineyard, dubbed ‘UV,’ quickly became known for the high quality of its Pinot Noir and Chardonnay grapes. Mark Aubert was the site’s first and biggest supporter. Aubert was quickly joined by other high profile winemakers such as Paul Hobbs. 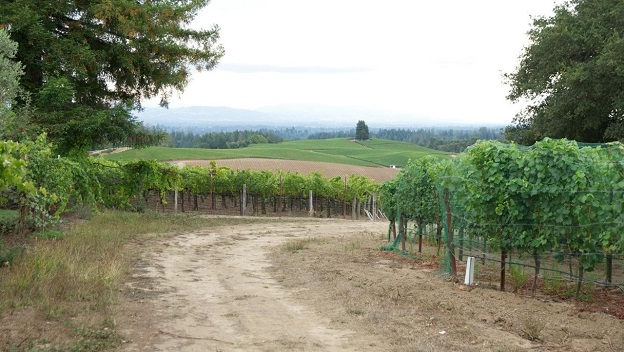 “I took a little from this consulting winemaker, a little from that one, and blended it together into my own special recipe,” said Valdez, referring to the development of his high-end farming style. Unsurprisingly, attention to detail is key, which is why Valdez is often affectionately referred to as ‘the David Abreu of Sonoma.’ Today, Valdez’s company farms over 1,000 acres, including such notable vineyards as UV, Silver Eagle, Lucky Well, Lancell Creek, Aston Estate and Boar’s View. The growing renown of such sites is inextricably linked to the swelling reputation that Sonoma’s top end wines have experienced over the past decade. 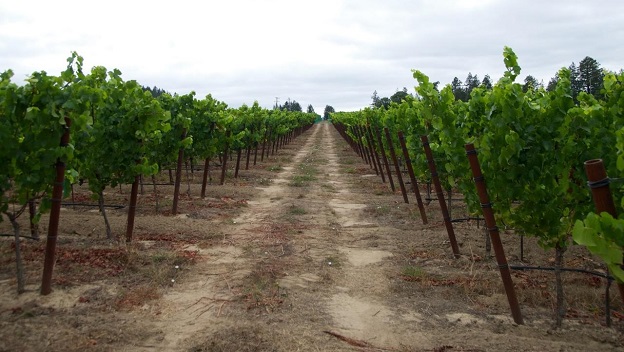 As the reach of his company has expanded, so has the team. Valdez currently manages over 100 workers. His wife Adelina, who left school at a young age, has since obtained her GED, and handles much of the administrative work. Of the four Valdez children, three are already working in the wine industry. This year daughter Elizabeth is set to take over the winemaking duties of the family brand, Valdez, which was established in 2004. Although Valdez is much better known for his skills in the vineyard than in the cellar, the wine has its followers, and was served at a White House state dinner in 2010 in honor of Mexican President Felipe Calderón.

Valdez’s eyes filled up yet again when recounting that last anecdote, causing him to exclaim, “I love this country!” Pounding on his chest, standing on his own land, and surrounded by vines that he personally planted and tends, he tells me intently, “Here, if you can work hard, if you can save, and if you’re good to people, you can do anything.”