For over 80 years, Ercoli 1928 has been one of the two or three best specialty food shops in Rome - I know some Italian foodies who would rate it the best. The shop, which is located in a central part of Rome, has been recently sold and the new owners have decided to double down and open a restaurant, Ercoli 1928 Ristorante Parioli, that carries the shop’s glorious name. 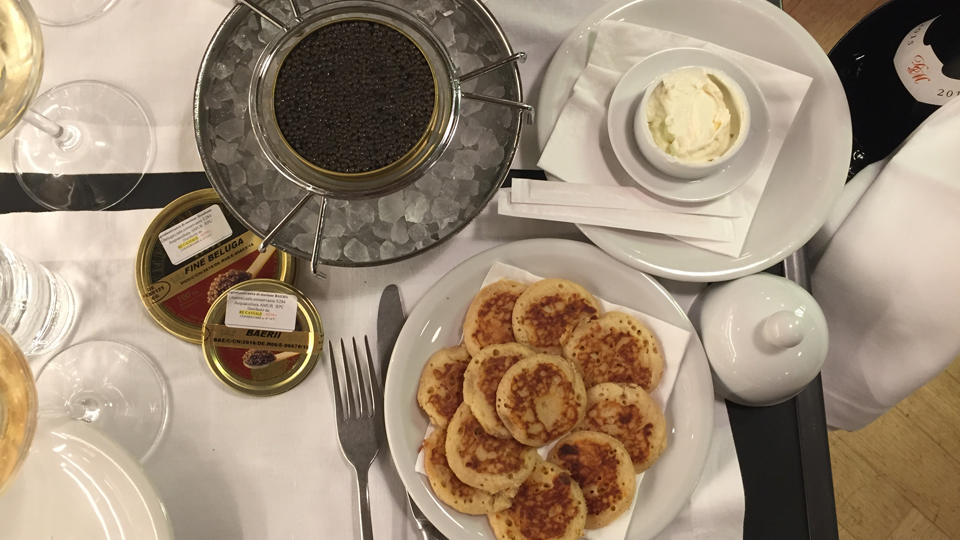 Young chef Andra Di Raimo mans the kitchen and clearly, his recipes make use of the many high quality fresh ingredients that Ercoli 1928 has long been famous for. You can easily look at the many goodies available as you enter the shop, a food emporium where shelves are stacked to the rafters with jars and bottles of all shapes and sizes. It all ends up looking like a curious mix of different takes of the interiors of Williams-Sonoma, Balthazar, a quieter Upper West Side neighborhood breakfast place and delicatessen all blended into one. Wild salmon from Canadian and Alaskan waters, tuna and mullet bottarga (salted dried fish roe) respectively from Sicily and Sardinia, over 150 French cheeses and even more from Italy, artisan pastas from some of the country’s very best at their craft, and high quality caviar (Ercoli 1928 has long been Rome’s best caviar purveyor) are just some of the foodstuffs that await eager palates. Ercoli 1928 specializes in searching out small, high quality producers, so this is the place to come to in order to try the panettone of Posillipo Dolce Officina based in Gabicce Monte (in the Marche), a past winner of the “king of panettone” title (“Re Panettone 2016”), the Maremma producer Il Fiorino (winner of five medals at the recent “World Cheese Awards 2015”), the outstanding balsamic vinegar of La Secchia di Lorenzo Righi (Modena), the smoked mozzarella from La Fattoria Zizzona in Battipaglia, the goat cheeses from Roccaverano from Cascina Aris, and more. 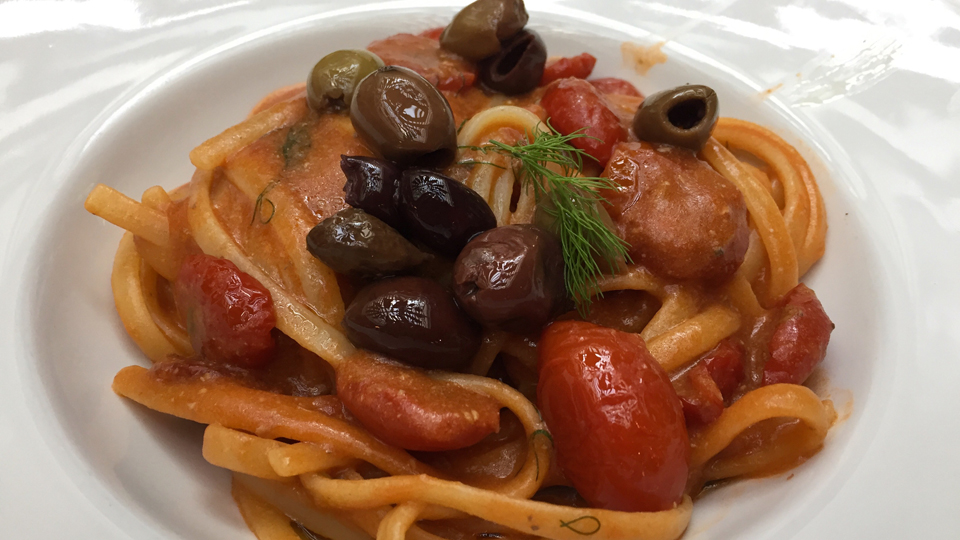 You’ll find that Ercoli 1928 isn’t exactly a slouch in the wine department, either. The longish list offers a who’s who of some of Europe’s best wine estates, and includes names such as Joh. Jos. Prüm, Krug, Clelia Romano, Tiberio, Fritz Haag, Montevertine, Castello di Monsanto, Domaine Arlaud, Kuenhof, Gatti, Gerard Duplessis, Alain Graillot, Rocca del Principe, and many more. There is also a huge collection of different Vermouths (and a Vermouth Bar), plus a long list of spirits. Clearly, at the very least, nobody risks going thirsty. 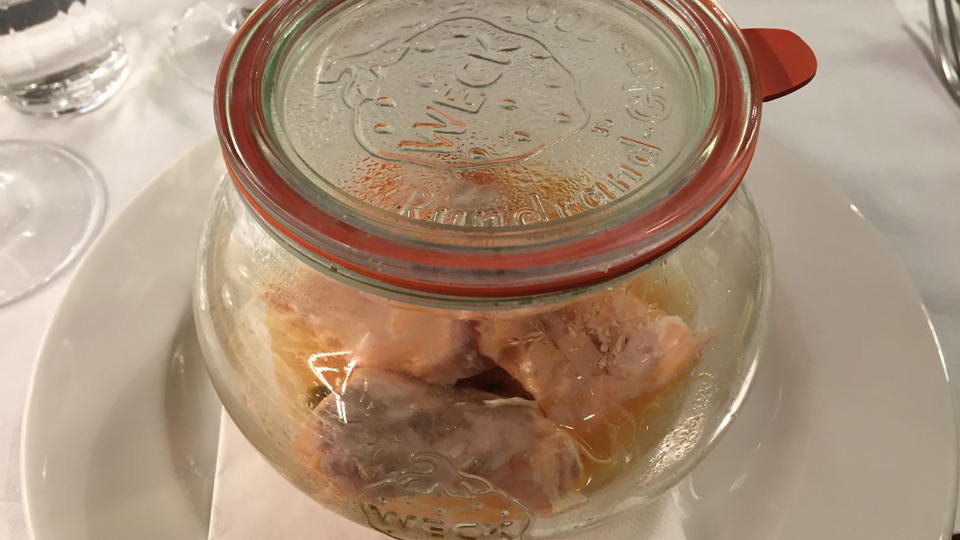 And it’s a good thing too, since the restaurant needs to fine tune some of its dishes. The linguine were savory and filling, but the confit pomodorini, olive and colatura sauce could have been kicked up a notch. Undoubtedly, the ingredients used are first rate. For example, I haven’t had too many tomato sauces more luxurious and flavorful than the one that graced this dish, but I could hardly taste the anchovies, which anybody who orders a dish sporting the words “colatura di alici” is clearly most interested in. The plate of mixed French cheeses was very disappointing, with only four or five different small pieces of cheese and not especially memorable ones at that. I can only hope this was a momentary glitch limited to the night I was dining there, for a cheese plate is the sort of thing that a place like Ercoli can ill afford to get wrong. On another night, I tried the mixed salumi dish, and it was not just more copious than the French cheese dish, but offered a very good selection of different meats. The salmon and pluma iberico dishes were just fine and I would gladly go back to Ercoli to have them again. Even better was the banana tarte tatin, truly an exercise in sweet lightness of being and yet concentrated flavors. Very well done. 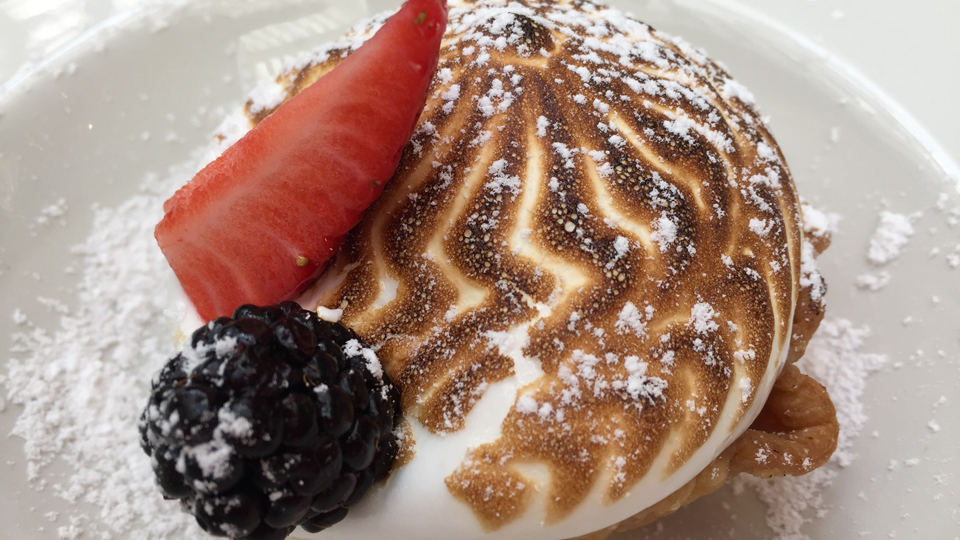 The wines our group chose on this night accompanied our meal nicely. The 2014 Kerpen Wehlener Sonnenuhr Riesling Kabinett Trocken was very young, but offered a lovely mix of citrus and apple, saline and mineral, sweet and sour flavors, with a Wehlner Sonnenuhr-typical hint of creaminess on the finish. In my experience, Gerard Duplessis is always a sure bet for high quality, reasonably priced Chablis, but on this night, the 2015 Chablis, though lemony and stony, seemed a little flat and could have used a little more vibrant acidity. Perhaps it was our bottle; I’ll be in Chablis soon and will certainly study the matter further! The 2015 Domaine des Malandes Chablis Montmains 1er Cru a lovely, bright, fresh wine, offered a smorgasbord of floral and lemony aromas and flavors that were refreshing and clean. The surprisingly evolved (starting with the deep golden-yellow color) 2013 Domaine Servin Chablis Les Preuses Grand Cru offered a broad, sultry mouthful of botanical herbs, stone fruit and crushed rocks, but its high toned aromas made it resemble a wine made somewhere near the Mediterranean basin rather than a Chablis. The phenolic bite on the finish was also not thrilling. 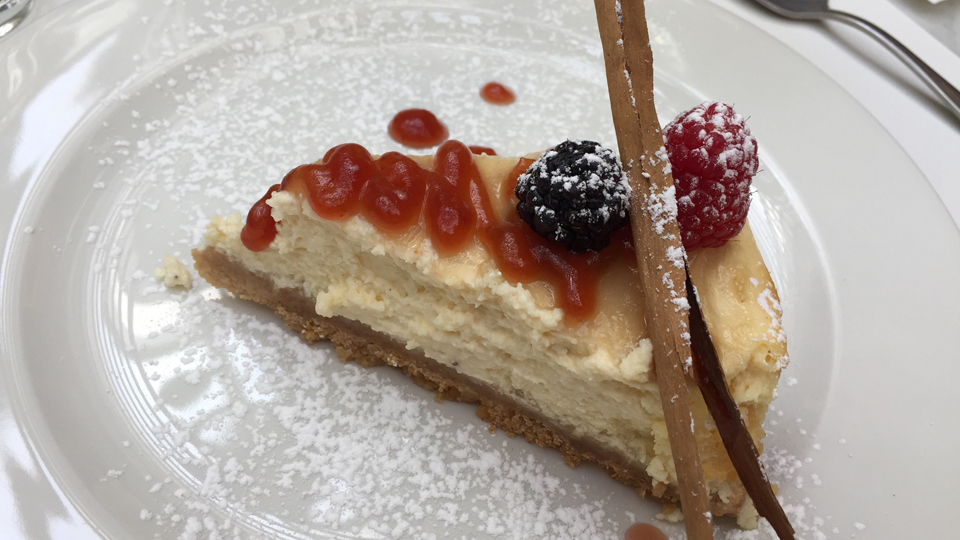 Damiano Ciolli’s 2015 Cesanese di Olevano Romano Superiore Silene is one of Italy’s least known yet best everyday red wines, by the country’s best producer of Cesanese. I loved this wine’s brightly floral, red cherry, mineral and aromatic spice aromas and flavors, all woven together on a relatively light, fresh frame. Most of us in our party of six closed the evening off with the luscious, sweet, but typically fresh and light-bodied 2015 Fenech Malvasia delle Lipari, a wine of delightful balance and true-to-type aromas and flavors (the Malvasia di Lipari variety - note that the wine, Malvasia delle Lipari, has a very similar but different name – gives sweet but extremely elegant, dainty wines, that are, texturally speaking, polar opposites to what a Sauternes or TBA might taste like). I nearly always love every new vintage of Fenech’s wines, but I’m not sure the 2015 vintage will go down in history as his finest hour. It struck me as being a little disjointed presently, and to have a little too much alcohol-derived heat. 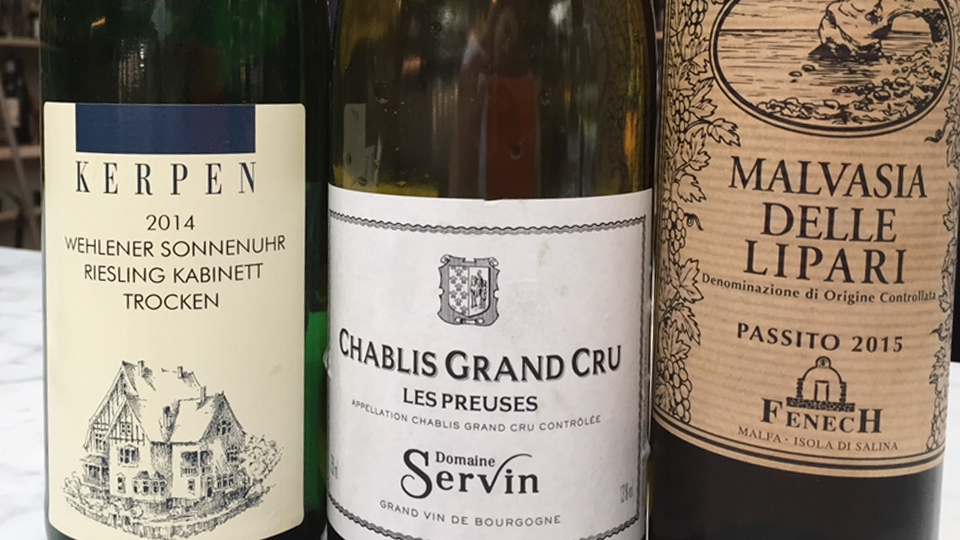 I wrote that “most of us” called it a night because when four in our party reached the door, it became apparent to all that we had lost two friends in the process of making our way to the exit while navigating through Ercoli’s different dining spaces. Making our way back to see what had happened to our two friends, we found them sitting at the Vermouth Bar happily sipping on a couple of long drinks. As none in our group are the kind of people who can stand the sight of friends drinking all on their own, the rest of us quickly removed our coats and gladly slid up next to them at the counter and ordered drinks too. No worries, our apartments are used to spending long evenings in lonesome bliss. 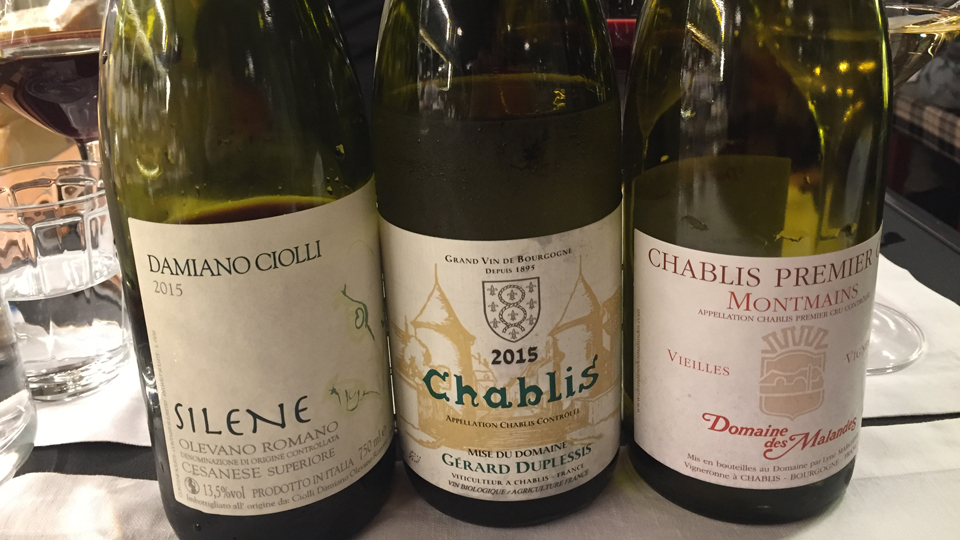