From a quality standpoint the greater Paso Robles and Arroyo Grande winegrowing area, which in essence means San Luis Obispo County, has been on a solid roll in recent vintages. The one complaint on the part of producers, though, is that yields have been pitifully low. In fact, the supply of wine is about to get worse as yields were between 25% and 40% lower than normal for many vineyards in 2014.  And the timing couldn’t be worse, say the producers I visited in late June, because consumer interest in the region has never been so high. Tourism is way up, there are more topnotch dining options than ever before, waiting lists for winery offerings continue to grow, and there has never been so little wine to satisfy demand. “The irony is pretty rich,” Eric Jensen of Booker told me, “but it’s becoming less and less funny, especially for the small guys who are getting maxed out financially.” 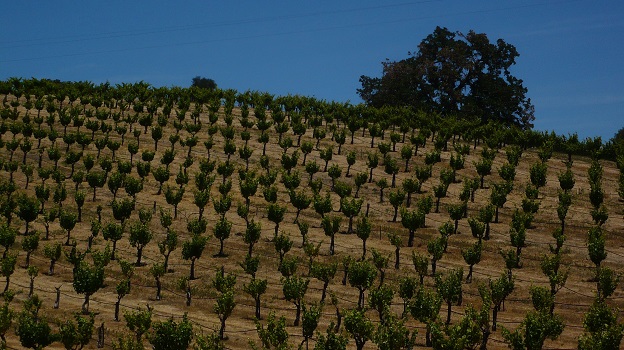 One has to go back to 2005 to find a vintage that’s sub-par in the area, and even that one was actually not so bad. The reality is that given the consistent weather conditions in the upper Central Coast, the main challenge for growers is to deal with heat, intense sun, and, lately, drought. Unlike nearby wine regions to the south, like the Sta. Rita Hills, which must frequently deal with frost, hail, excessive rainfall and rot, most of the vineyards of San Luis Obispo enjoy relatively benign conditions. High-quality grapes, even when there aren’t many of them, are pretty much a birthright, assuming the grower paid attention to protecting them from the sun. More than a few growers down in Santa Barbara have told me over the years how much they envy the favorable conditions enjoyed by their colleagues in Paso, especially when they’re wrestling with powdery mildew, which can thrive in the cooler stretches of their region.

It pays to have a good financial cushion when there’s a spell of short crops (just ask the Burgundians). And in the case of a number of relatively new Paso operations, that cushion is clearly pretty, well, cushy, as a visit to the wineries and vineyards of producers like Law, Denner, Daou, Halter Ranch and Epoch will attest. On the other hand, there’s a growing number of small, high-quality producers who rely mostly or entirely on sourced fruit, and they are having to grin and bear it as best they can. 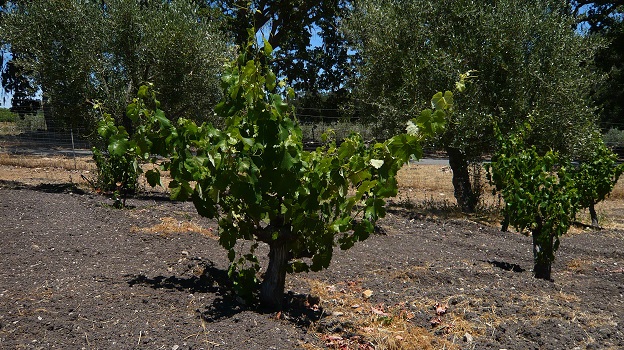 The Winemaking Community in Paso Robles

Wines from the region have never been better, thanks in no small part to the quality bar being initially raised in the 1990s by producers like Tablas Creek, Saxum and Linne Calodo. Today, quality continues to be pushed higher by new winemakers, especially the disciples of Paso’s early trailblazers. Virtually every exciting new winery that I visit each year is helmed by someone who first learned or honed their skills under the watch of one of the region’s established winemakers before going solo.

The family tree of winemaking in Paso Robles is remarkably easy to follow, making the area’s winemakers, along with those in Oregon’s Willamette Valley, among the most collegial I can think of.  Equipment is shared freely and often, as are vineyards. It’s pretty common to taste different producers’ wines as a group, and a number of them often run as a pack, eating, drinking and travelling together with almost alarming regularity. Many of my introductions to brand-new wines and winemakers came about through the ministrations of elder statesmen, especially Justin Smith and Cris Cherry, whose excellent Villa Creek restaurant is a long-time local watering hole and music venue. An obsession with music is a common theme among winemakers here, by the way.

A Solid Run of Recent Vintages

Most of the wines that I tasted in the region and here in New York this year are from the 2013 and 2012 vintages, both of them years that produced high-quality fruit across the range of varieties. The 2013s are “fresh, lively and focused,” in Justin Smith’s opinion, and will be highly appealing soon after release, then drink well over at least the following decade. Tannin levels are mostly moderate, which will enhance the wines’ upfront appeal and keep their drinking windows open through most of their lives. Two thousand twelve, on the other hand, tended to give wines of greater power and tannic structure thanks to small berries and increased skin-to-juice ratios (a characteristic not unlike that of 2011), but most of these wines are by no means hard. On the contrary, a little decanter time will do the wines wonders right now. I’m inclined to say that one should plan on drinking most of the ‘13s before the ‘12s.

A similar scenario has played out at the southern end of the region, in and around Arroyo Grande, where the quality of red (mostly Pinot Noir) and white (mostly Chardonnay) wines is uniformly high across both recent vintages. Brian Talley and John Alban, the two most prominent producers in the area, albeit for totally different varieties, are both pleased with the precision of the ‘13s and ‘12s and believe that while the wines are balanced to age, “they’re going to be pretty seductive right out of the gate,” as Talley put it. The drought hasn’t left the region unscathed, but groundwater is more abundant here than up around Paso, so while production has been off in recent vintages, the drought is not as severe an issue as it has been for the northern reaches of San Luis Obispo County. 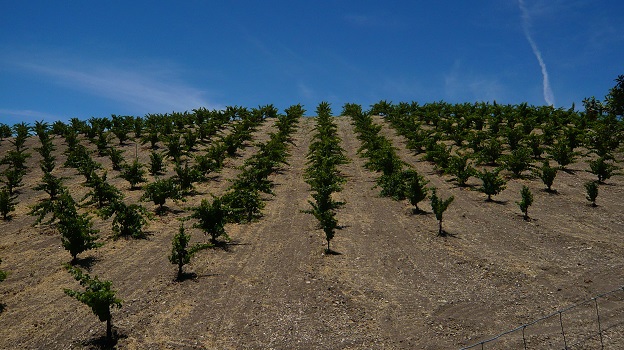 White Wines on the Rise

One of the most pleasant surprises for me over the last decade has been the rapid ascent in quality of the region’s white wines. Outstanding Chardonnay from around Arroyo Grande has long been a given, but until recently most wines made from white grapes grown in Paso Robles have been an afterthought for the market. It’s easy to understand why, as the hot growing seasons in this area long made for white wines with low acidity and high alcohol, with little in the way of vivacity. That has changed completely, as growers on the west side of Paso Robles have become more attentive to matching variety to site, and to planting in the coolest sites, usually at altitude and in a way that allows the vines to take advantage of the prevailing Pacific Ocean winds. Top examples of white Rhône varieties from Paso Robles now count among the best New World renditions that I know of, and while production is still low it’s growing pretty quickly and most of the best wines can be found with a little legwork.

Santa Barbara: On the Road