Three years ago I had the good fortune to taste a complete set of Turley Wine Cellars’ Hayne Vineyard Petite Syrah, made from vines planted in 1953. This past March I followed up with a comprehensive look at Turley’s first—and arguably greatest—Zinfandel bottling, also from Hayne Vineyard, in this case from vines planted in 1903! (The vineyard actually dates back to the 1870s but had been wiped out by phylloxera.) Both the Hayne Zinfandel and Hayne Petite Syrah were first made in vintage 1993 and both have shown remarkable quality, consistency and longevity over the years, with the Zin delivering more complexity early on. I’ve long considered this wine to be one of the handful of elite California Zinfandels, and my tasting in March certainly bolstered this belief.

I had hoped to find vintages dating back to the 1990s that were still alive, but I was still pleasantly surprised by the results of the tasting. With the exception of the 1995, which was quite high-toned and over the hill (or at least the bottle I tried was), even the earliest vintages were still in good shape. There wasn’t a single post-2000 vintage that didn’t have at least another decade of graceful development ahead of it—and more like 15+ years for vintages from 2005 on.

As I noted in my article on the Hayne Petite Syrah three years ago, Larry Turley’s sister Helen (co-owner and winemaker of Marcassin) made the first three vintages here. Ehren Jordan, who had previously worked in the Rhône Valley, assumed responsibility for winemaking in 1996 before moving on to focus on his Failla and Day labels. Tegan Passalacqua began as an assistant to Jordan in 2003 and took over as full-time winemaker and viticulturalist in 2009 and 2010. 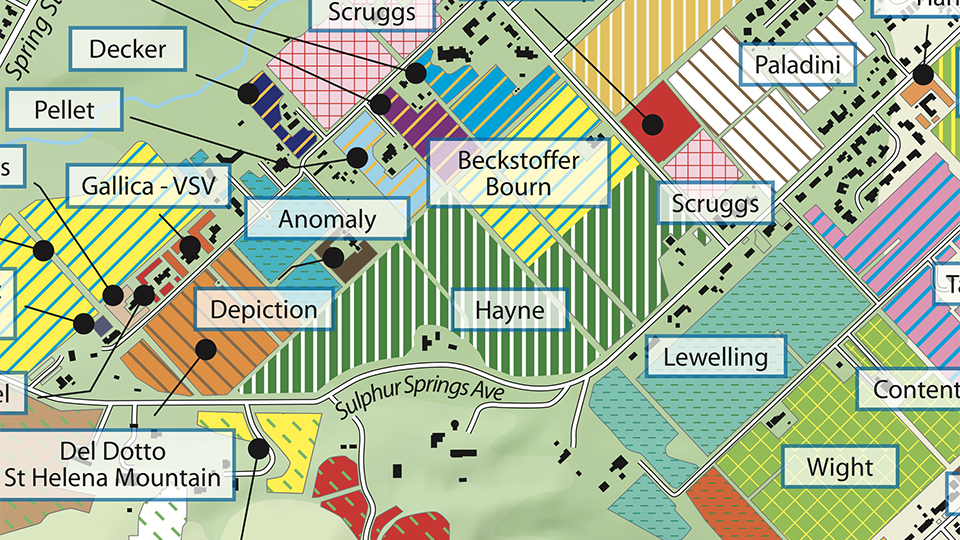 Hayne Vineyard as seen in the Vinous Map: The Vineyards of St. Helena & Conn Valley, by Antonio Galloni and Alessandro Masnaghetti

The Hayne Zinfandel is Actually a Field Blend

Like the Petit Syrah, the Hayne Zinfandel is planted on head-trained, dry-farmed vines with a spacing of ten by eight feet on gravelly loam soil in a vineyard off Sulphur Springs Avenue on the west side of St. Helena, just south of the center of town. The vineyard is located within what winemaker Passalacqua describes as “the real grand cru area” of Napa Valley, which he said extends from Spottswoode (about a mile north of Hayne Vineyard) to Napanook in Yountville, a strip of land that has produced outstanding wines for at least 120 years.

Just over one-third of the Hayne Zinfandel vines were replanted in 1997, but thus far this fruit has been used as a core component of the winery’s Zinfandel Juveniles bottling. The Hayne Zinfandel vineyard could actually be described more accurately as a field blend, like most sites planted around or before the turn of the century, as it features 8% to 10% Trousseau, at least 5% Petit Sirah, and 1% Carignan, with all of the varieties picked together and co-fermented. 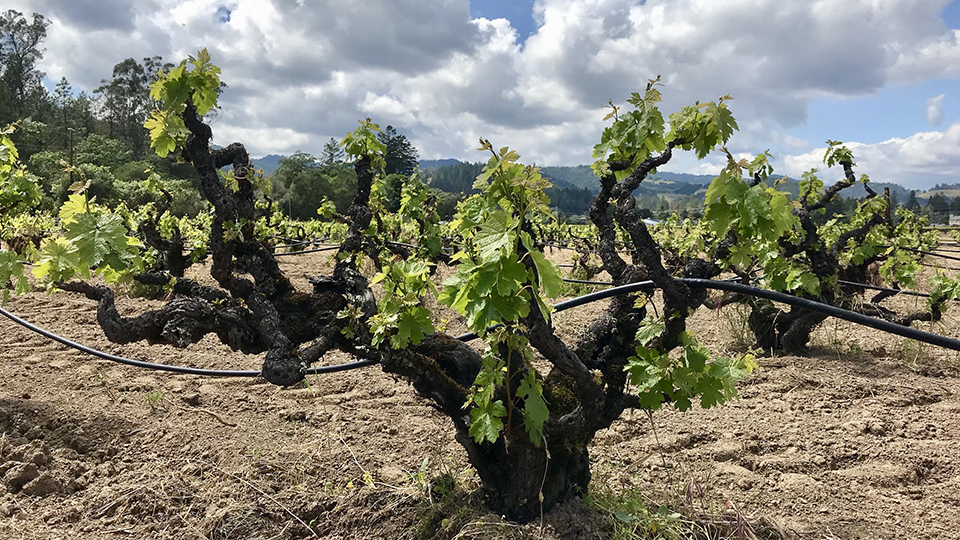 During my tasting of the Hayne Petite Syrah in 2015, winemaker Passalacqua told me that the key to the slow aging and longevity of this wine was its combination of low pH and huge anthocyanin content. “The wines remain in a reductive stage in bottle as well as in barrel, resisting oxygen,” he said, adding that “it’s almost as if there’s a soft shell around them.” Although the Petite Syrah rarely shows hard tannins and thus can be accessible virtually upon release, it requires extended cellaring to develop sex appeal. “It evolves at a glacial pace, maintaining its primary fruit for a long time,” said Passalacqua. In contrast, the Zinfandel develops complexity sooner, showing more secondary and tertiary character earlier. “The Hayne Zinfandel has an acid/tannin synergy and stability at its core,” he went on. “The aromas morph over time but the wines don’t fall apart.”

One key to the quality and structure of both wines is that both sets of vines are harvested early, with what Passalacqua describes as “good fruit integrity: even the very ripe berries are intact and firm.” In fact, he added, the Zinfandel fruit can begin to show signs of dehydration at a relatively low 22 degrees Brix, even while retaining firm acidity. Passalacqua also calls Hayne “our most stable vineyard,” explaining that the timing of the harvest, the crop load and “the chemistry of the fruit” don’t vary too much, even in tricky years. The Zin is normally harvested even earlier than the Petite Syrah here—normally in the last week of August or first ten days of September, and more often than not in a single day. So, even more so than the Hayne Petite Syrah, the Zin does not necessarily track the later-harvested Cabernet Sauvignon in Napa Valley, as the fruit virtually always comes in before autumn rains arrive. Turley’s very early conversion to organic farming (the Turley Estate vineyard around the winery was one of Napa Valley’s first certified organic sites, back in 1986) has contributed to earlier physiological ripening as well.

And of course not having to let the fruit hang through September helps the fruit retain firm acidity, as does the fact that diurnal shifts are quite dramatic here, with summer nights typically ten degrees or more cooler than in Calistoga, for example.

Even if the Hayne Zinfandel vines are more vigorous than the Petite Syrah, they yield even lower crop levels due to their greater age—most often in the range of 1.5 to 2 tons per acre (the younger vines produce a higher crop level but do not go into the Hayne bottling). But the yield was almost 3.5 tons per acre in the copious 2005 harvest and Passalacqua noted that 1998 and 2010 also brought generous crops. 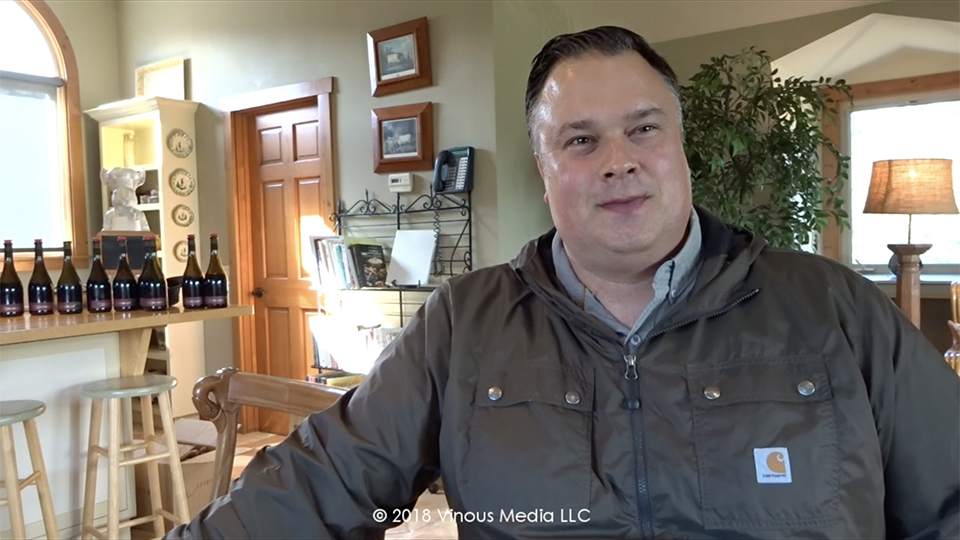 Multimedia: A Conversation with Tegan Passalacqua

Turley and Passalacqua have been fine-tuning their viticultural practices in recent years, doing less leaf-pulling, which has helped them harvest earlier with good skin ripeness at lower grape sugars. They also remove any second-generation grapes and pull the “wings” off the clusters if those berries are green. “We’re privileged to be able to treat Zinfandel the way we do,” noted Passalacqua. The winery also does a pass through the vines “at 90% veraison”: Passalacqua explained that “it’s better not to have to eliminate less-ripe fruit at harvest-time, when our pickers are being paid by the ton.”

As with the Petite Syrah, the Hayne Zinfandel gets an extended maceration, usually spending around 30 days (but as much as 40) on its skins, beginning with a pre-fermentation cold soak lasting 5 to 7 days and including post-fermentation maceration of about 12 days. Passalacqua relies on pumpovers for extraction, rather than punchdowns. (I should note that Passalacqua has steadily increased maceration times since 2009.)

Since 2000, the Hayne Vineyard Zinfandel has always finished with less than two grams per liter of residual sugar (normally around one gram) although Passalacqua noted that a couple vintages during the 1994 through 1997 period were bottled with between three and four grams. And the finished alcohol level for the Zin ranges between 15.5% and 16.8% (it actually exceeded 17% in a few of the earliest vintages), generally at least a full degree higher than the Petite Syrah. But the Zin vineyard maintains healthy levels of natural acidity and the pH of the finished wine is typically in the moderate 3.55 range (the Petite Syrah is even lower!).

The wine is racked after the malolactic fermentation, then again prior to the following harvest and a third time before the bottling, which normally occurs the second March, a few months later than most of the Turley wines. The oak regimen is essentially the same as that used for the Petite Syrah: an 80/20 blend of French and American oak, air-dried for three years, about 20% new since the early 2000s. Passalacqua uses 10 to 12 barrel suppliers, the most important of which are François Frères, Taransaud, Louis Latour and Atelier. 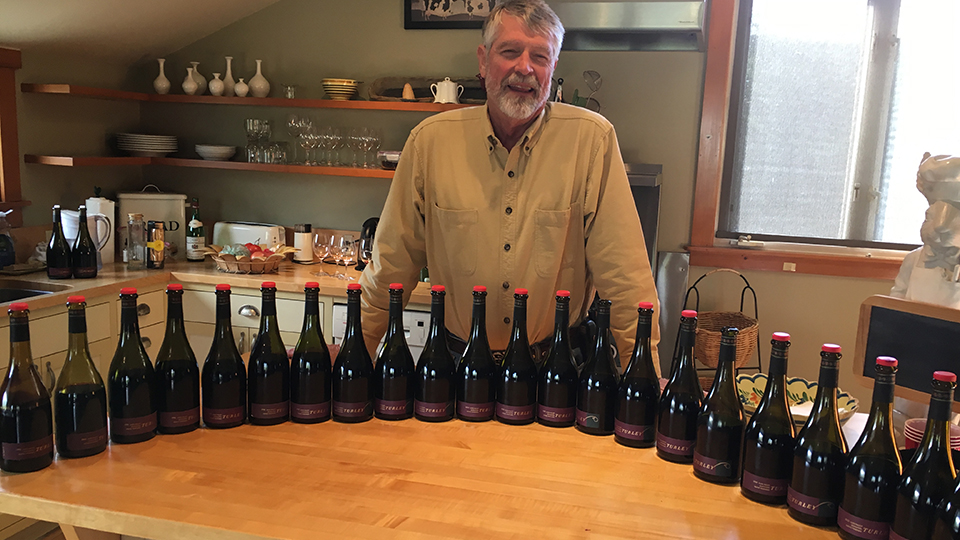 Larry Turley with his Zinfandels from Hayne Vineyard

The Tasting and the Wines

I tasted the Hayne Zinfandels in March with owner Larry Turley, his daughter Christina, who directs sales and marketing for the family winery, and Passalacqua in the Turleys’ Olive House at the family compound on Highway 29 north of St. Helena.

I was particularly intrigued by the combination of evolved balsamic qualities, torrefaction notes and bulletproof fruit that I found in even the oldest vintages. The Hayne Zin can be something of a chameleon, depending on vintage conditions, and my notes included references to Burgundy, Bordeaux, Napa Valley Cabernet and Priorato. While the wines from the warmest vintages can display chocolatey, even port-like ripeness, other vintages, including some old ones, showed ineffable notes of flowers and white fruits. But the consistency of quality achieved over a quarter-century made it clear that the Hayne Vineyard Zinfandel represents a perfect marriage of variety and site.