The Art of the Blend

Early one morning Philip Norfleet, Director of the Napa Valley Reserve, and I were discussing a series of events and tastings for 2018 and 2019. A crazy idea flashed across my mind. I asked Norfleet if I could blend a barrel of wine at the Reserve to auction off for charity. “Let me ask around,” he said. “I will get back to you soon.” I could not tell if he thought it was a good idea or not, but I was energized. A few hours later I had my response.

The Napa Valley Reserve, one of Bill Harlan’s many projects, is a private club, that, among other benefits, gives members the ability to blend their own private label wine. The Reserve works with estate vineyards in St. Helena and a few outside sites that I started to learn about over the course of doing the research for our Napa Valley Vineyard Maps. An opportunity to blend a Napa Valley Cabernet Sauvignon was intriguing, to say the least. 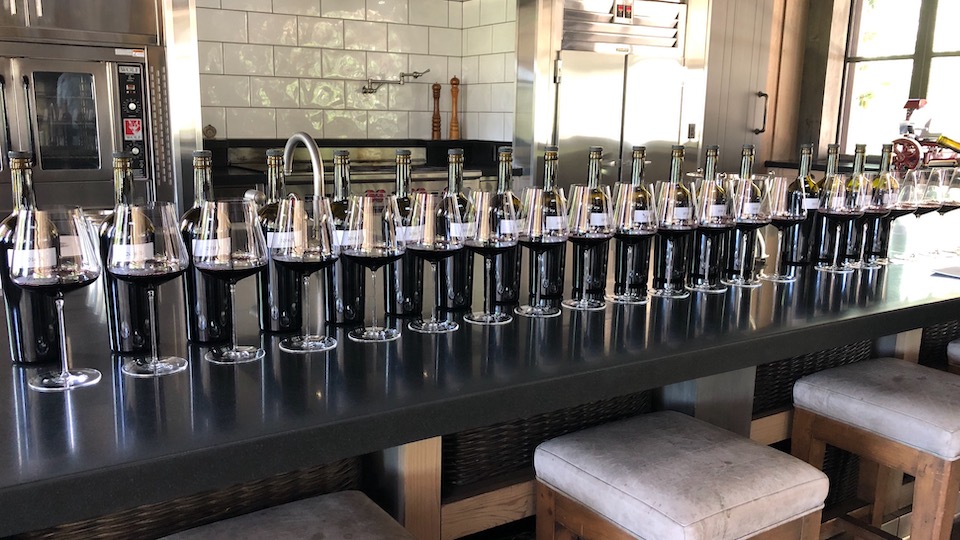 When I showed up at the Reserve a few days later I was astonished to see a huge lineup of 2016 and 2017 component wines. I thought we would do one vintage, but I had two vintages to taste through. I was frankly pretty terrified. Bob Levy, Harlan’s Director of Winegrowing, and Marco Gressi, the Reserve’s Winemaker, looked on as I started to work my way through the fourteen samples of 2016s and in front of me. It was early May 2018, so the 2016s were not super-young wines. Even so, tasting the samples blind was quite a challenge. I felt so out my element. I imagine Levy and Gressi enjoyed watching me struggle through this exercise. I probably would have, too!

The interaction of components in a blend is symbiotic and the relationships between those components, in other words, how the elements interact, is not at all predictable, at least not for a beginner. I had learned this a few years ago when I tasted dosage trials at Selosse, where I observed firsthand that the relationship between sugar and wine is non-linear. For each of those Champagnes, a sweet spot existed where the wine simply achieved its best balance. Building the blend of the 2016 was very much the same. 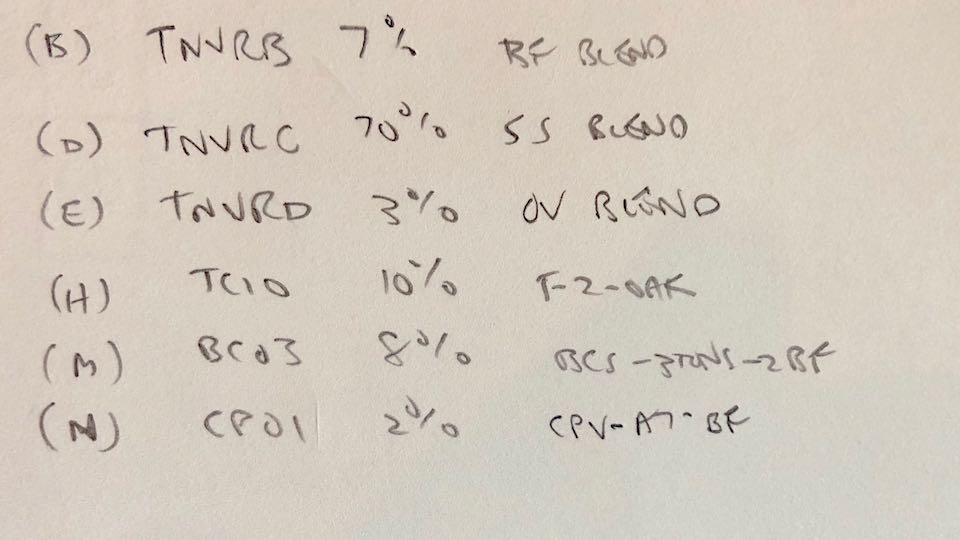 I worked through the samples and first eliminated wines I thought were not interesting. Then I focused on one or two that I thought could be good building blocks. I especially liked Lot D, 100% Cabernet Sauvignon from the Napa Valley Reserve’s estate vineyard, fermented in stainless steel, and aged in oak. We took that first core wine and then experimented adding different lots to gain aromatic intensity, body and persistence. My tendency was to make big adjustments, but Levy gently counseled me into making smaller changes. Ultimately, I settled on a handful of barrel fermented lots, a touch of fruit from outside vineyards, and a drop of Petit Verdot as complements. After a few trials we had a base 2016 blend that seemed quite interesting. 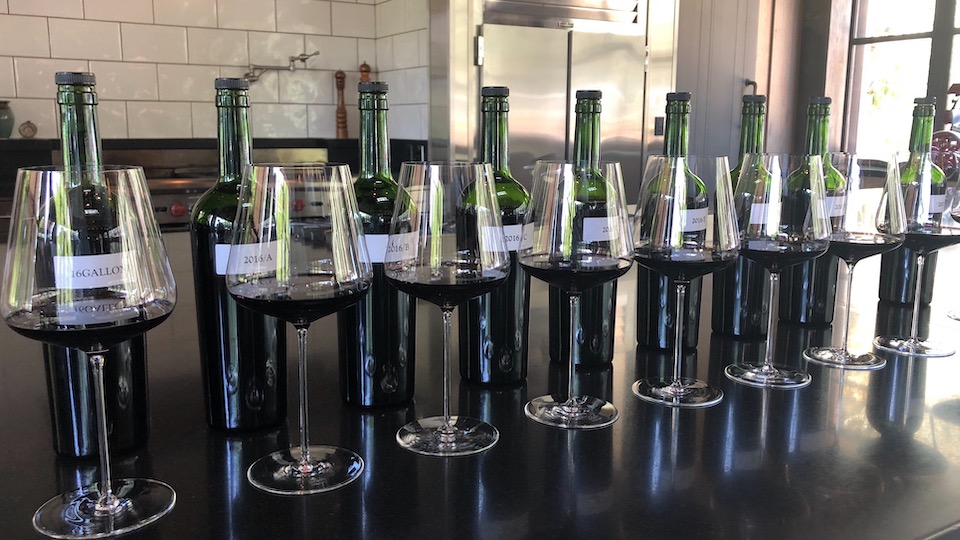 The Harlan team favors longer barrel aging relative to the norm in Napa Valley, so I chose to have the wine finish its aging in a single used Taransaud T5 barrel to avoid leaving the 2016 with too much oak character given that a single barrel of wine does not allow for the flexibility to diminish the oak imprint in the way that is easier to do with commercial-scale wines. 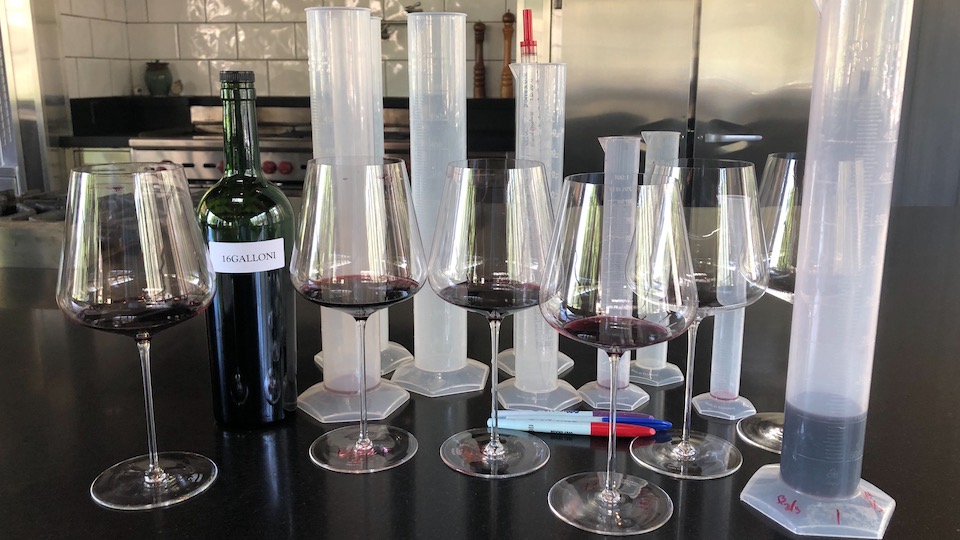 Making the final adjustments to the 2016

A few months later, in August, we tasted the blend and a number of components again. Then, came the Moment of Truth. Levy and cellar master Juan Renteria pulled out the Napa Valley Reserve’s own 2016 blend, the wine the Reserve’s members purchase if they do not make their own blend. At that moment, I was pretty terrified. How would my Cabernet Sauvignon show? The Reserve’s 2016 was more forward, deep and lush, probably what many consumers expect from a Napa Valley Cabernet. My 2016 was less overt and more linear in feel. Frankly, I liked the Reserve’s version better, as I felt it was a more complete wine. I wanted more depth, so we made a few more small adjustments. Levy suggested adding bits of lots B and H to the blend. Lot B had terrific fleshiness, while Lot H contributed tannin and structure, almost like a mountain wine, but with a good deal of polish as well. That turned out to be the magic formula. My finished 2016 Cabernet Sauvignon was now complete, and very much what I had envisioned, but also a different take on these vineyards and vintage than the Reserve’s wine. I decided to bottle the 2016 in magnums and double magnums only, the first of which will be auctioned for charity at La Festa del Barolo's Gala Dinner & Charity Auction on February 1, 2019. The last remaining major task is the design of a label before the wine is released in 2020. 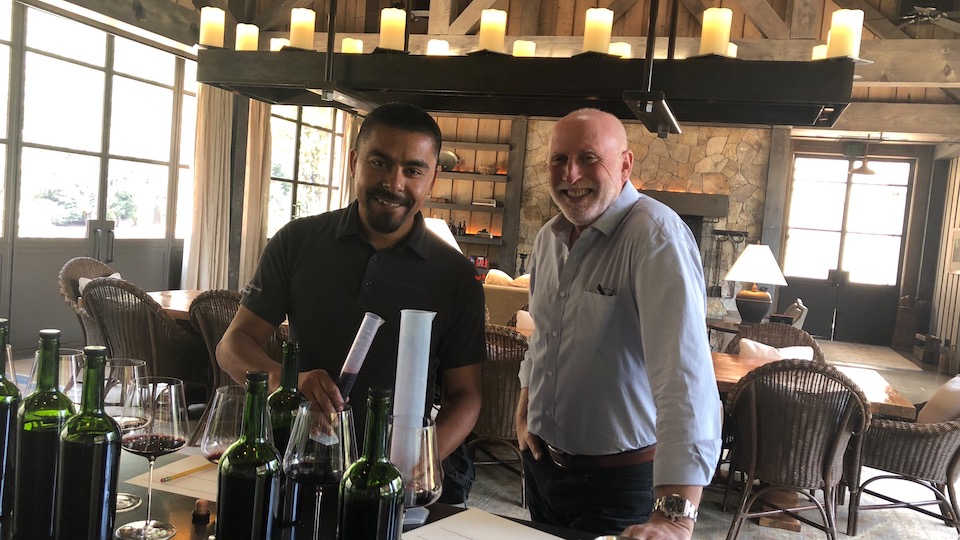 Putting together the 2017 was harder and easier at the same time. I found one wine I absolutely adored among the 22 lots I tasted. Naturally, the Reserve is very tight-lipped about the sources of some of their vineyards. But I learned that this is a benchland vineyard, on gravel, planted with a variant of Clone 337 Cabernet Sauvignon on 101-14 rootstock, employing a design that is close to the Reserve’s specifications. That last piece of information might be the most insightful, as it suggests a site of both considerable pedigree and potential worthy of a serious level of investment. As it turns out, this lot was a barrel ferment made from a small amount of fruit (picked before the October fires) that was left over after the main tank was filled to capacity. In other words, this wine was treated to a special and luxurious vinification in barrel.

It was also very clearly a great wine. In fact, everything I added to it made it worse! So, in 2017, there is no blend at all. Just one barrel of a tremendous Cabernet Sauvignon that, in my view, captures the purest essence of the best 2017 has to offer in Napa Valley. While the 2016 is an orchestra, the 2017 is a soloist. Perhaps in time the 2017 might benefit from some small touches. Today, though, the aromatic intensity, silkiness, minerality and purity of fruit are all remarkable, while there is no trace of oak. I am tempted to just leave it alone.

Special thanks to the Napa Valley Reserve for helping me create and realize this wine.