Pagani Ranch is one of the most iconic vineyards in the United States. First planted in the 1880s, Pagani Ranch illustrates the rich heritage of Sonoma Valley and the important contributions of the families that developed these sites. The ranch is located in Sonoma Valley’s Central Corridor, a strip of vineyards on both sides of Highway 12 that includes the lower slopes of Kunde and Wildwood at the foothills of Moon Mountain to the east and Bedrock and Old Hill to the south.

“How much time do you have?” Dino Pagani Amantiti asks Alessandro Masnaghetti and I as we settle down in his barn to look over some of our early map drafts. My answer to this question is always the same: “We didn’t come all this way to be in a rush.” And that’s the beginning of a conversation laced with themes of family, sacrifice and hard work, all in pursuit of excellence in the field.

Dino Amantiti is a quiet man. “My family doesn’t talk much,” Amantiti says in a hushed voice. His hands tell plenty of stories, though. They are the thick hands of someone who has spent a lifetime in the vineyard. "I didn't play sports too much in high school because I just wanted to come home and drive the tractor, prune the vines," he says. Amantiti’s great-grandparents, Felice and Angela Pagani, emigrated from Italy’s Lake Como region to the United States in the 1880s. The Paganis first settled in Vermont, where they worked in the wood business before leaving the harsh winters of the northeast behind for sunny California. “My great grandfather was a foreman at Monte Rosso for quite a few years. It was known as the Goldstein Ranch back then. Later, the land passed to Louis Martini and then Gallo,” Amantiti explains. That history makes it likely that Felice Pagani was involved in the first plantings at Monte Rosso, which date back to 1893. 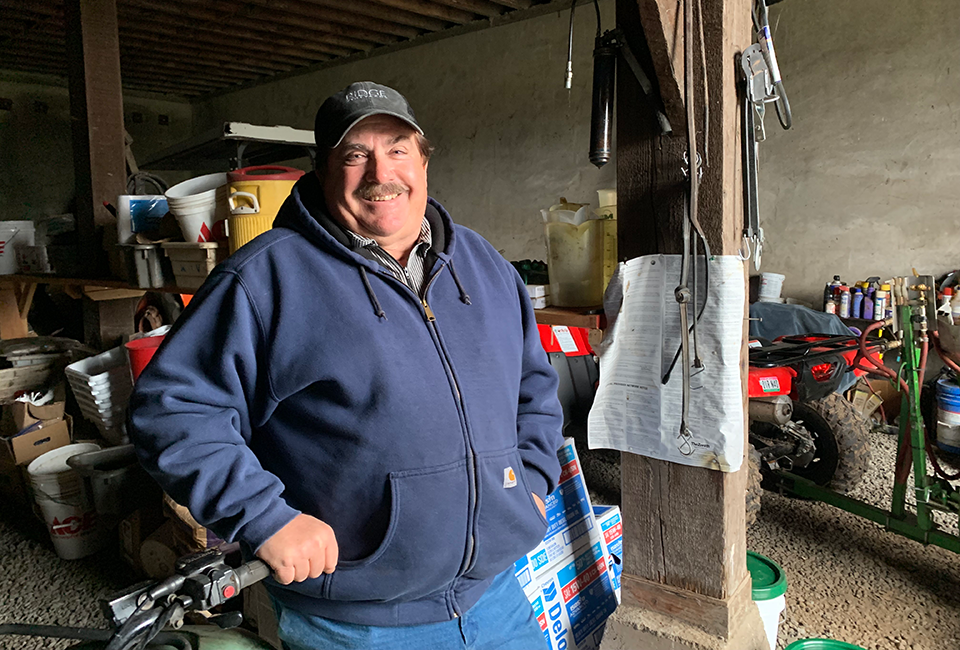 Dino Pagani Amantiti walks us through his family’s history.

Wanting land of their own, the Paganis used their savings and bought the first major piece of their estate sometime in the 1890s. The land spans what are now 25 acres of vineyards, some of which was planted when the Paganis bought it. These are the blocks that lead into the hillsides. The oldest vines date back some 140 years and are planted on a variety of heirloom rootstocks. In the late 1910s, the Paganis were able to secure a loan and acquire a second, larger property. Amantiti refers to this as the ‘highway side' as the parcels border Highway 12. Some of the land was planted to vineyards, but most of the site was developed between 1920 and 1922 by Felice and Angela's children Charlie (Dino's grandfather), Louie and Olive. At the time a railroad ran through the ranch from north to south, in the central part of the vineyard, where the creek is now, forming a natural diving line between the two parts of the ranch, as seen below. 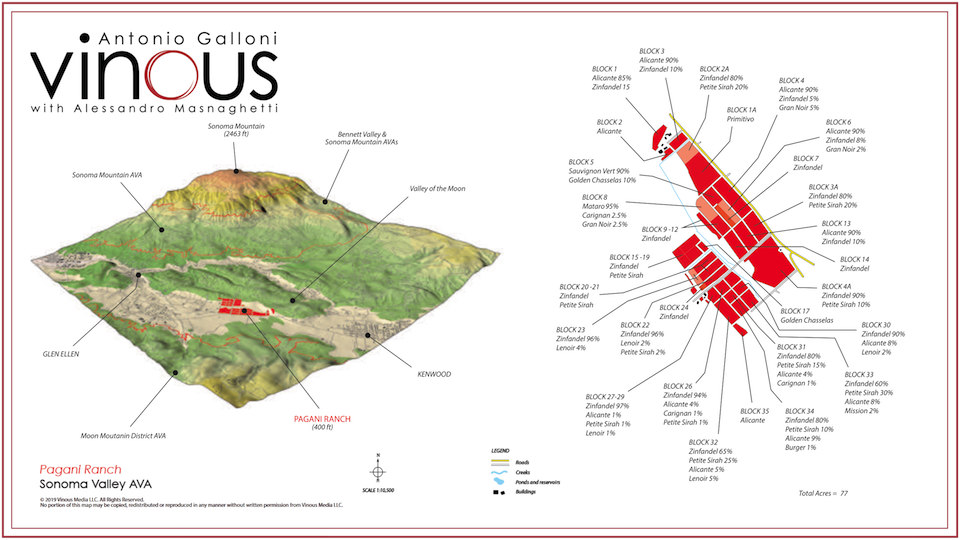 At present, there are 77 acres under vine, 30 of which have been replanted in the last ten years. Like most vineyards of its era, Pagani Ranch is best described as a field blend. All of the blocks are predominantly Zinfandel (at least 75%), with that percentage a bit higher on the highway side, plus a number of complementary varieties, as readers can see within various blocks. During this era the thinking was a mix of varieties, often interplanted, and always harvested together and co-fermented, added complexity to the wines. That remains an incredibly insightful approach to viticulture, as evidenced by the many remarkable wines made here and in other heritage vineyards of the same era.

Pagani Ranch reds have several immediately identifiable attributes. They are medium to full in body, with red-toned, creamy fruit, silky tannins and bright, floral aromatics, all lifted by vibrant Zinfandel acids. The wines are also incredibly distinctive within Sonoma Valley and among the most elegant, refined field blend reds readers will come across.

Soils are variations on loam, with more clay at the back of the property, where the vines are also naturally smaller because of the stress they endure. The soils get deeper and more fertile moving towards the Highway 12 side, resulting in larger vines. "It's like having two separate ranches on one property," Amantiti explains. The fruit goes to a number of top wineries including Bedrock, Biale, Carlisle, Seghesio and Ridge, which has bottled a Pagani Ranch wine since 1991. 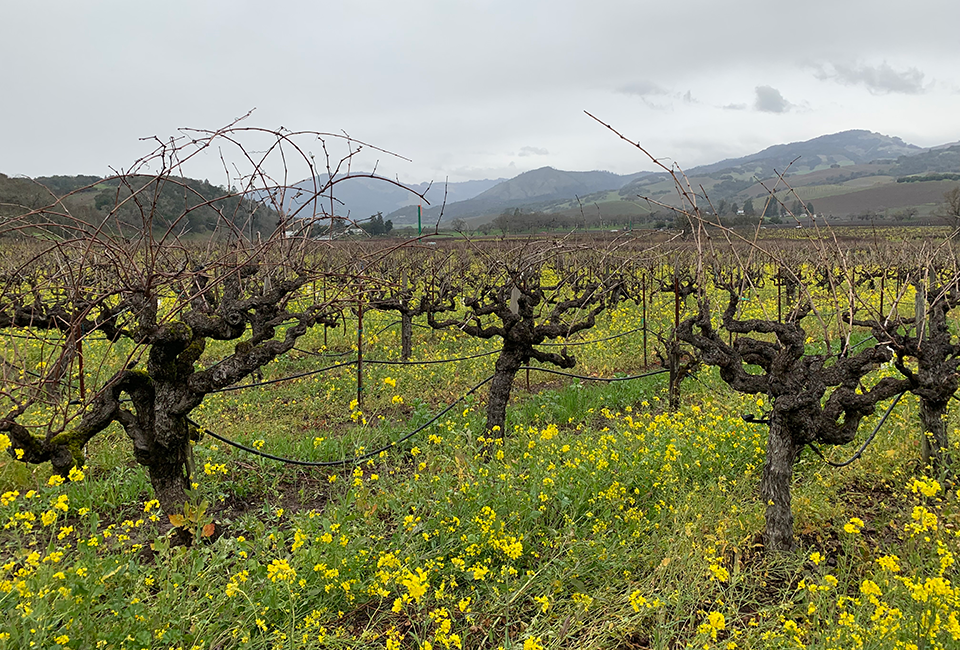 “It hasn’t always been easy. The economics of making wine and growing high-quality grapes have only been favorable over the last thirty years or so. We are very blessed to be selling to some very top end wineries. Great people to work with. When they tell me 'good job' it really means something. They are very demanding. But so am I. I am my own worst critic. I want perfection, just like they do, so we get along really good. We make several passes just to get the best fruit. Take off wings, green drop, then make another pass. I'm possessed. We've got a lot of land left to plant. I'm just getting started. More than anything else, though, it’s very special to me to be able to prune a vineyard my great grandfather planted, that means something to me," says Dino Amantiti as our visit comes to a memorable close.

View all Pagani Ranch wines in the Vinous database.

Since 2015 we have been working on a large-scale project to map the vineyards of California. To date, we have published seven regional Napa Valley maps and have several more in the works, including a five-map set of Sonoma Valley and map of the Santa Lucia Highlands, both of which are nearly finished. Although travel restrictions related to COVID-19 have delayed final, on-the-ground checks that are such an essential part of the quality control process, we are eager to share our work and show you a little bit of what we have been up to through this series of excerpts. We will have much more on Vinous Maps in 2021.