Paso Robles ranks among the most dynamic wine regions anywhere in the world, in spite of a string of drought-affected vintages. There’s a youthful energy and open-mindedness here that’s palpable, and it comes through clearly in the wines, many of which are outstanding in the 2016 and 2015 vintages.

Despite ongoing drought issues, the mood in Paso Robles is noticeably upbeat. Quality in recent vintages has been mostly strong to outstanding. Two thousand sixteen and 2015 both yielded a torrent of delicious, fruit-forward wines that, in addition to their upfront charm, are built to reward patience thanks to their juicy acidity and healthy, discreet tannins. The best producers are maintaining their level of quality, while new winemakers, often with experience gained while working at established wineries, are steadily emerging with attention-grabbing wines. Meanwhile, some of the region’s habitual underperformers are stepping up their games as well. There has never been a better time to be drinking Paso Robles wine. 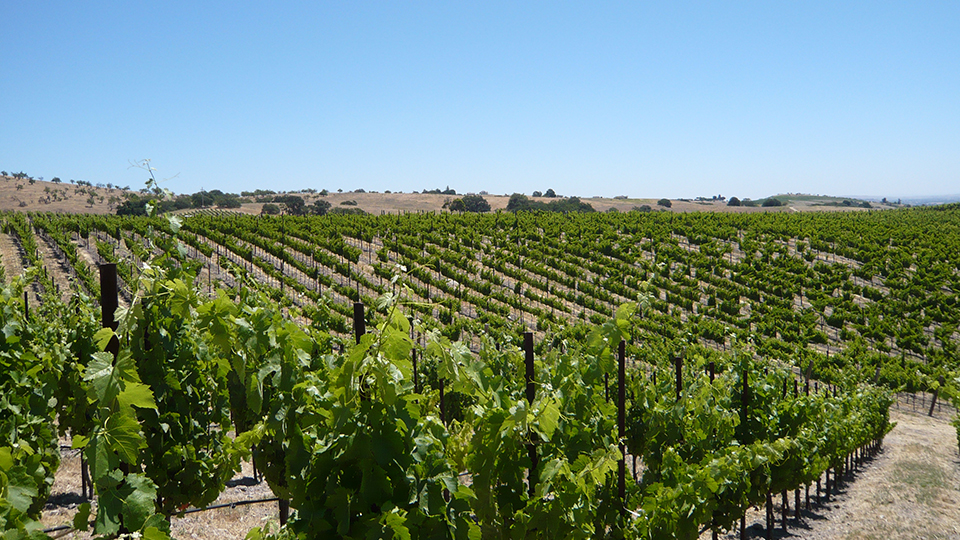 2016: El Niño Disappoints, Yet The Wines Pull Through With Aplomb

The 2016 growing season in Paso Robles started off cool, but not cold enough to pose any dangerous frost issues. Budbreak occurred on the early side, in mid-April for most vineyards. Conditions stayed cool but, unfortunately, very dry until temperatures started to warm up in early June. Heat continued to build slowly through the summer. During those months there was, again, essentially no rain. The harvest ran from the middle of August until early October, producing a normal quantity of fruit by historical standards. The fruit was ripe and clean, with healthy sugars as well as acid levels, which shows in the wines.

The current drought cycle, which began during 2012, is a major and growing concern across the region. El Niño brought some relief during the winter of 2015/2016 but eight inches of rain was far less than growers had hoped for. The winter of 2016/2017 brought slightly higher than normal precipitation, which replenished groundwater to some degree, but the overall water situation in Paso Robles remains dire.

The good news is that the quality of the wines from 2016 looks mostly very good to flat-out excellent. Wines from producers that are likely to be of greatest interest to Vinous readers show a suave blend of richness and energy that belies the sometimes heady alcohol levels regularly reached here. Longtime followers of Paso Robles should be used to that interesting trick by now and, indeed, the ability of producers to make wines that combine ripeness and vivacity has become the region’s calling card. Most of the ‘16s already display abundant, up-front fruit, usually dark colors, and little in the way of mean tannins that will require time to settle down. Moreover, I seldom found the roasted character that bedeviled many of the area’s wines in the old days. Smart farming has much, if not everything, to do with that. 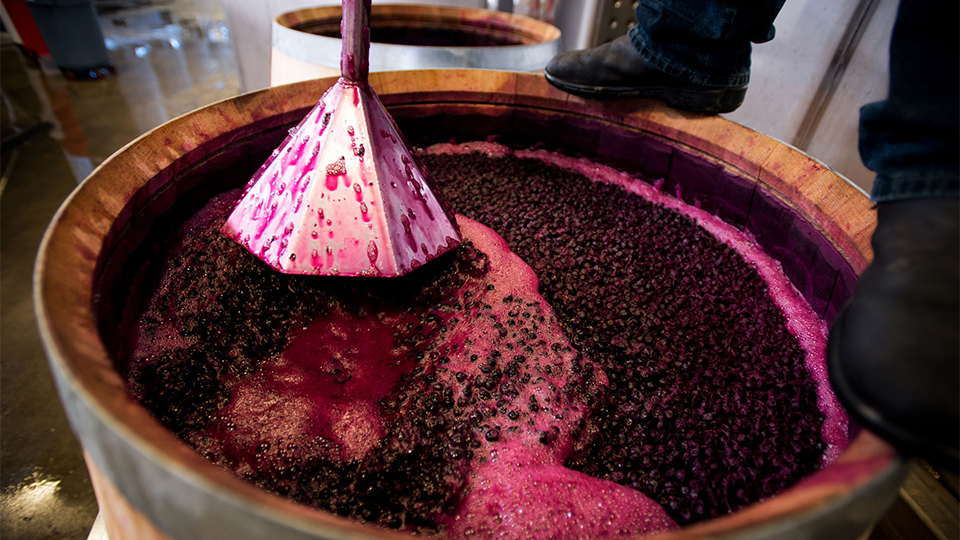 2015: Drought Continues, But Winemakers Make the Best of It

Compared to the 2016s, most 2015s come off as slightly more restrained, but we’re speaking in relative terms here. The ‘15s are ample, to be sure, and yet the wines show less lushness of fruit than their younger siblings, especially when compared side by side. I’m also finding that the ‘15s show a bit more solidity and structure than the ‘16s but, again, this is strictly in relative terms. Nobody, especially readers whose tastes run almost strictly Old World, is going to call the ‘15s from Paso Robles paragons of restraint. By the way, one could easily and fairly compare the 2016 and 2015 vintages in Paso Robles, stylistically, to the same years in the southern Rhône Valley, whose wines are the inspiration for most of Paso’s best producers.

Perhaps the main reason for the slightly more pronounced structure of the 2015s is that many normally Grenache-heavy wines had less of that variety to work with as a consequence of the drought and poor fruit set. Syrah yields were also lower than normal, but not to the same extent as Grenache. The fruit that was harvested in 2015 ripened through a very warm, dry season that, fortunately, was broken by some intense rain (three inches of it, in fact) in the middle of July, which invigorated the parched vines. The skins of the resulting grapes weren’t too thick, and so the tannins, while definitely present, are rarely hard. In fact, the ‘15s as a group will probably be more approachable in their youth than wines from 2014, 2013 and 2012.

Of all the winegrowing regions I cover, Paso Robles has by far the highest percentage of producers who insist that I visit their vineyards, not to mention spend as much time as possible with them among the vines. The aridity of the region requires that growers pay close attention to keeping their fruit protected from incessant sun and heat, and drought conditions demand judicious use of limited water reserves. It’s rough work. Anybody who has had the chance to drive around the area can attest to just how many people can be seen tending the vines, regardless of the time of the season. In addition, given how many varieties, white and red, are being grown here, the vines flower, grow and ripen at a range of different times, unlike regions where monoculture allows for easily timed work schedules, which requires more work. 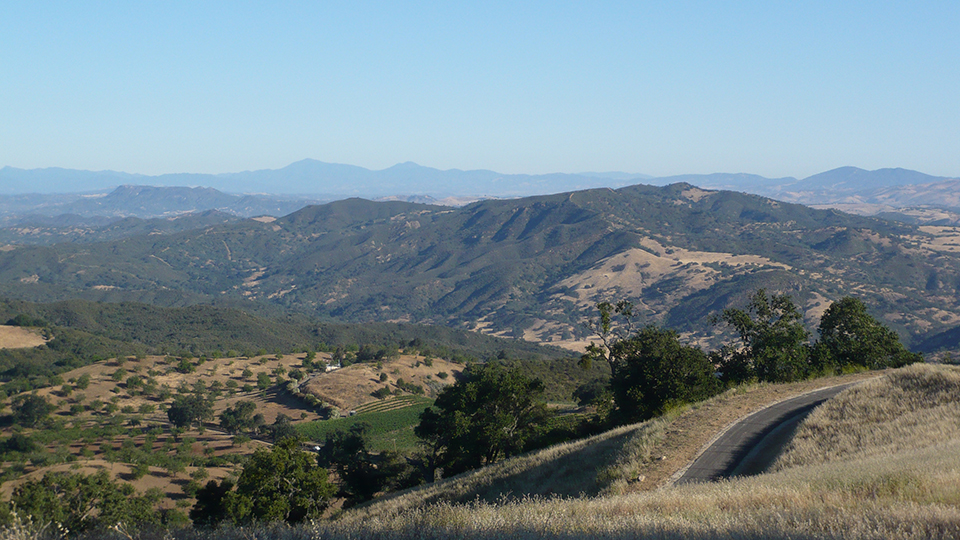 Looking across the Adelaida District, home to many of Paso Robles' premier vineyards

Blending Is on the Rise

Every year I visit Paso Robles I am shown a larger number of blends, especially at the most dynamic addresses. That’s primarily a result of producers striving to create more complex wines but this trend has also been encouraged by the strange weather patterns that can affect certain varieties, for good or bad, in one vintage or another. Relying too heavily on a single variety can be financially catastrophic if Mother Nature doesn’t play along, and she’s been in a cranky mood lately. Here, again, one can draw a parallel to the southern Rhône, especially Châteauneuf-du-Pape, where difficulties with the flowering of Grenache in recent years have caused many producers to scale back  – or at the very least rethink their historic dependence – on that earlier-ripening grape. But regardless of the reason for the growing number of blends in Paso Robles, both the wines and the consumers who drink them are the beneficiaries. 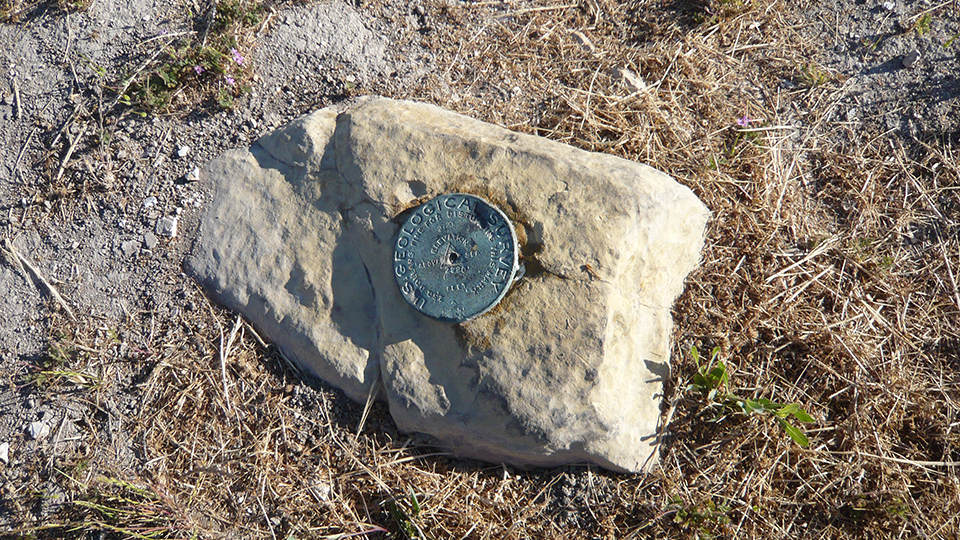 I’m seeing and tasting more grape varieties than ever before, and in most cases the results are highly positive. It seems like barely a decade ago most top Paso Robles wines were made from the region’s usual historical suspects: Syrah, Grenache, Cabernet Sauvignon and Zinfandel. White wines, at least those of high quality, were a rarity from any variety. Fast forward to today and Mourvèdre has surged in popularity, as have white varieties like Grenache Blanc, Roussanne, Marsanne and Viognier. Oddities like Clairette Blanche and Vermentino, and even Picpoul Blanc and Picardan, which are now almost extinct in their French homeland, have attained a small presence. With red varieties it’s equally interesting, as Petit Verdot, Tannat, Terret Noir and Graciano (which was initially mistaken for Monastrell), as well as the Spanish clone of Grenache, are gaining favor. Italian varieties, both white (Fiano, anyone?) and red, are also creeping into the picture, often with outstanding results. And, wonder of wonders, even burly, unfashionable Petite Sirah is starting to show up in a more refined guise.

I tasted the vast majority of the wines reviewed in this article during my visit to Paso Robles in late June and early July. I followed up by tasting many additional wines, and re-sampling some of those that I saw during my trip, in New York later in the summer.