The brilliant 2018 vintage in the Santa Lucia Highlands was a tough act to follow, but 2019 is proving to be more than up to the challenge. This is a year where the wines are marked by strong flavor intensity, but with no excess weight. Finely etched, precise fruit is a hallmark, while the wines should age gracefully on their balance and well-integrated tannins. The 2019s can be drunk young or cellared; either way, they are going to deliver a lot of pleasure throughout their lives.

The new Vineyards of the Santa Lucia Highlands map by Antonio Galloni and Alessandro Masnaghetti, shown below, illustrates how compact the AVA actually is when compared to other world-class wine-growing regions. It also shows just how close to the vineyards lie to the Pacific Ocean and illustrates the profound influence of this proximity. 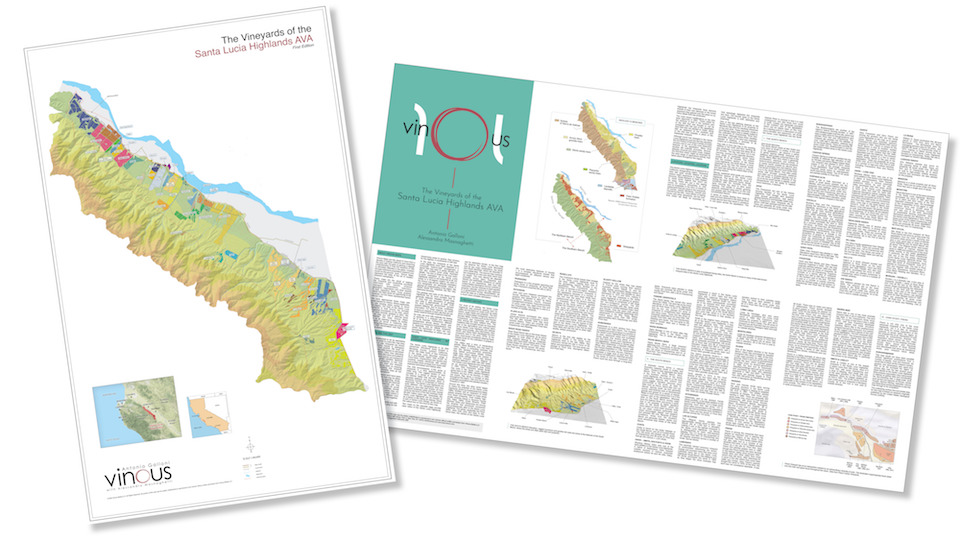 The 2019 Growing Season and Wines

The 2019 vintage in the Santa Lucia Highlands and greater Monterey County started off with healthy winter rains that built up ground water to slightly above normal levels. That was followed by a cooler than normal late winter and spring, which led to a delayed budbreak. These conditions were quite positive, given the vagaries and volatility of weather these days. Just ask Willamette Valley producers, who were hit with frost in the third week of April 2022 that wiped out at least half of this year's crop and as much as the entire crop in many areas.

The growing season that followed was benign, with cool to cold conditions that held steady and were accompanied by more than normal fog cover, which slowed down ripening. The weather remained clement, and by mid-summer, temperatures began rising steadily. The harvest for white grapes kicked off in the middle of September, with Pinot Noir a week or so later and continued under very favorable conditions before wrapping up in mid-October. As usual, red Rhône varieties came in just slightly later. For fans of elegant wines, white or red, 2019 is a highly compelling vintage.

As for 2018, I had the chance to revisit a number of examples over the last year. There is no doubt that this is an exceptional vintage for those who favor wines of finesse over those of brawn. Both whites and reds display noteworthy detail and vivacity, with very good concentration but fine balance as well. The wines offer plenty of up-front appeal but are built on age-worthy lines. The tannins in the red wines are fine-grained and rarely hard, which suggests that they will be enjoyable throughout their lives while never really shutting down. 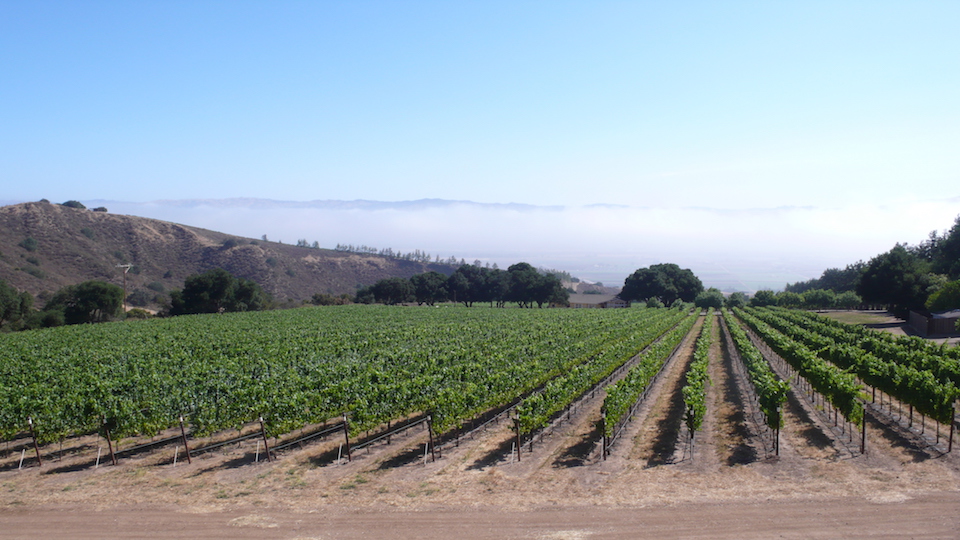 Hahn Family's vineyard holdings are located in the heart of the Santa Lucia Highlands and are home to some of the area's oldest plantings. They now own over 10% of the region's total wine-producing land.

Based on recent tastings, the 2017s, which are the product of an often blazingly hot season, are showing their richness. I would keep an eye on both reds and whites, as I suspect that their aging curve is going to be on the low and fast side. The best producers managed to keep sugar levels and over-ripe character in check, but still, this is a vintage defined by richness and power, which seldom bodes well for long-term cellaring.

Looking ahead, 2020 is already a well-known elephant in the room. Smoke damage from wildfires in Monterey severely impacted the red grapes across the area. Very little, if any wine was even made. Some producers have been able to cut their losses a bit by purchasing untainted fruit from outside the region, notably from down south in Santa Barbara County. But the pain is real. On the bright side, white grapes (especially the all-important Chardonnay), were unaffected by the smoke. Most producers attained normal production levels, and the handful of whites that I have tried so far are of quite high quality.

I tasted most of these wines in November 2021, during my long-delayed visit to the region. A number of other samples I tasted in New York during the winter of 2021/2022.