I was delighted to moderate this Colgin retrospective at the Villa d’Este Wine Symposium, held last November in Lake Como, Italy. The tasting featured a number of super-rare bottles chosen to highlight the influence of site and the ability of Napa Cabernet Sauvignon to develop complexity with age.  It was the first seminar at the Symposium to feature the wines of an American estate, something I was especially thrilled to see. 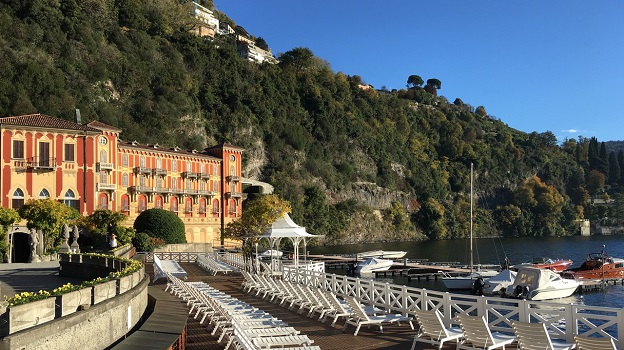 The brainchild of François Mauss, the Villa d’Este Wine Symposium brings together consumers, wine professionals and academics for a weekend of seminars, tastings and dinners. Lake Como is a magical place. But in the fall, these idyllic shores and historic buildings that dot the landscape transform into an especially tranquil, serene corner of the world where everything seems to slow down to a more human pace. Winemakers, many of whom I visit during the year, are never so relaxed as they are in November, once their most recent vintage is safely in the cellar.

The Colgin retrospective featured a number of super-rare bottles, all from the estate’s library. Proprietors Ann Colgin and her husband, Joe Wender, along with COO Paul Roberts, were on hand to share their story. I moderated what turned out to be a lively discussion, as many tasters were discovering these wines for the first time. The eight wines encompassed all three eras at Colgin. Helen Turley was the winemaker from 1992 to 1999, when she handed over the reins to her protégé, Mark Aubert. Allison Tauziet joined in 2005 and became winemaker in 2007 following Aubert's departure. The highly respected Bordeaux oenologist Alain Raynaud consults. 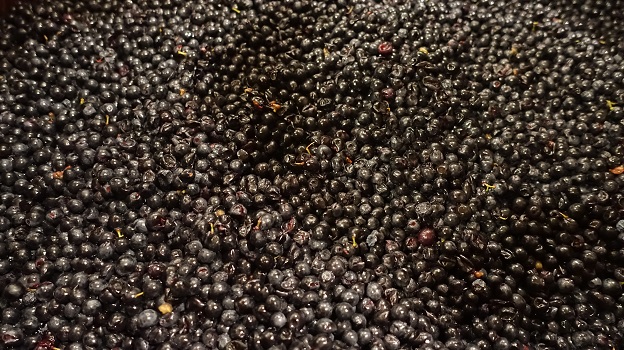 The tasting was essentially broken down into three flights. The first was a look back at the 2005s at age ten. We then tasted two wines from Colgin’s Tychson Hill property, one of the most historic sites in Napa Valley. The last pairing was a comparison of two older vintages of Colgin’s Cabernet Sauvignon Herb Lamb, a wine Colgin no longer makes. I tasted all of the wines twice, first at the estate in October and a month later in Lake Como. Even after the transatlantic voyage, all of the wines were more expressive in Italy, proving yet again that the idea that wines show better when tasted at the properties is total nonsense. But that’s a story for another day. All of the wines were double decanted several hours before the Villa d’Este tasting. As is my practice, I tasted through every bottle beforehand.

One of the main topics of discussion was terroir, or the concept that wines reflect their origins. Of course, terroir is central to virtually any conversation about Old World wines, but less often used when talking about New World wines. Rightfully, that is slowly starting to change in Napa Valley as wine lovers gradually discover the region’s extraordinary diversity of sites and microclimates. 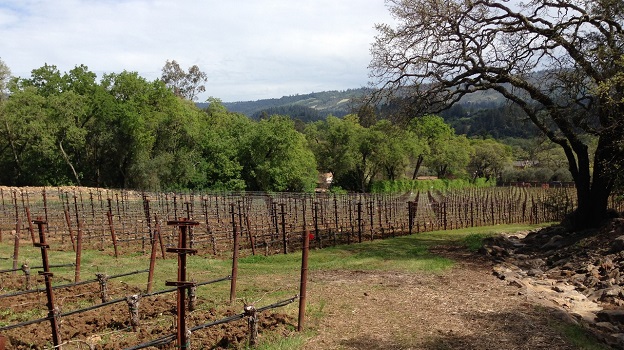 Colgin works principally with three vineyards. The first of these is Tychson Hill, which lies on Highway 29 on the northern side of St. Helena. In 1996, Colgin and Wender bought the original home and adjoining land that once belonged to Josephine Tychson, who was Napa Valley’s first female winemaker and first planted vines here in 1881. Colgin and Wender painstakingly restored the home, while David Abreu redeveloped the vineyard. In 2007, Colgin and Wender leased a piece of land at the top of the hill and diversified the varietal makeup by planting a bit of Petit Verdot and Cabernet Franc. An adjacent plot to the south of the original holdings known as Josephine’s Hill was added in 2012. 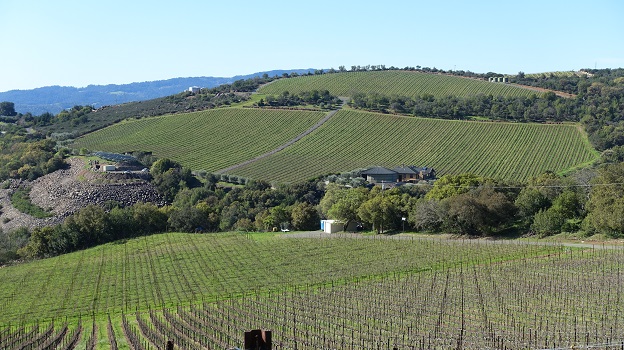 Soon after, the search for more vineyard land took Colgin and Wender to Pritchard Hill, where they purchased the 9th parcel of the Long family’s vast estate and named their new property IX Estate. The year was 1998. Once again, David Abreu was brought in to work his magic with the cleared but undeveloped land. A dramatic, east-facing site, IX Estate is carved into three major sections. The two lower blocks are divided by a path that runs from the bottom of the hill up to a central strip of trees, where the slope exceeds 30% and therefore can’t be planted. Colgin’s upper block goes to the top of the hill and shares a border with Brand. The east-facing orientation, altitude and influence of breezes off Lake Hennessey, which lies below, all create a unique microclimate that is unlike anything in Napa Valley. Colgin’s two wines from the property, the IX Estate Red Wine and Syrah, are both compelling. 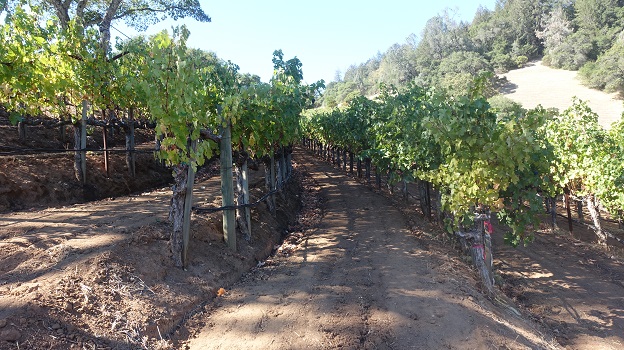 Colgin also sources fruit from David Abreu’s Madrona Ranch for Cariad. Tucked behind downtown St. Helena, Madrona Ranch is a microcosm of Napa Valley. The parcels that run adjacent to Madrona Avenue appear flat, but they are gently sloping. A more central part of the vineyard features curving terraces and swells, while the upper portions are quite steep. Recent vintages have seen small contributions from Abreu’s Thorevilos and Howell Mountain vineyards, but Madrona Ranch remains the core of Cariad. Between 1992 to 2007, Colgin made a Cabernet from Herb Lamb, a cool, late-ripening site on Howell Mountain from which Helen Turley crafted the first Cabernets that brought Colgin early critical and popular success. The Colgin Herb Lamb Cabernets can be magical, as this tasting once again makes clear. 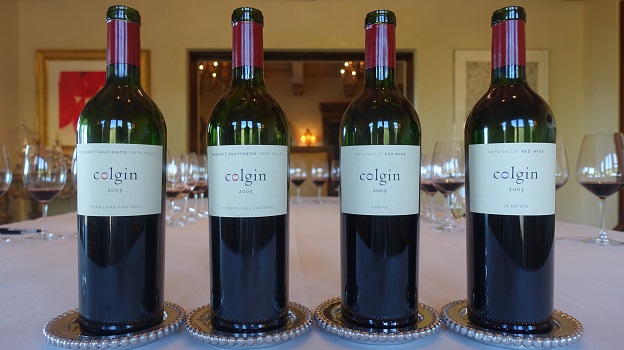 At age ten, the 2005s are just starting to come into their own. Two thousand-five is remembered for the earliest budbreak ever recorded here (until 2015) and a cool end to the growing season. The 2005 Cabernet Sauvignon Herb Lamb is absolutely fabulous. Sweet, powerful and just beginning to show the early signs of maturity, the 2005 is super-expressive. Smoke, licorice, tobacco, graphite and a host of savory notes meld together in a sumptuous, textured Cabernet Sauvignon long on power and class. The 2005 is in a great place today. Colgin's 2005 Cabernet Sauvignon Tychson Hill is ripe, exotic and flashy, yet also remarkably fresh. A wine of intensity and pure Napa Valley voluptuousness, the 2005 hits all the right notes. Mocha, chocolate, dark cherry fruit and licorice are pushed forward in this sexy, racy Tychson Hill. The 2005 is a real showstopper.

The Cariad is the most severe of the 2005s. Early signs of aromatic development are just starting to appear, but the 2005 remains quite backward, dense and brooding. There is an element of explosive energy in the 2005 that I find especially appealing. Hints of rose petal, mint, cherries, smoke and white pepper gradually unfurl in the glass, but the 2005 still hasn't hit its stride. The 2005 IX Estate comes across as a bit clenched and tightly wound. Still, two recent tastings both suggest it doesn't quite have the depth, intensity and potential as the best wines in this flight. Ultimately, the 2005 IX Estate is a wine of two very beautiful dimensions, but not three. Iron, smoke, lavender and a host of ferrous notes are quite expressive, while the fruit remains pushed to the background.

The 2007 Cabernet Sauvignon Tychson Hill is seamless and incredibly expressive today. Sweet floral and spiced notes meld together in an open-knit seductive Cabernet Sauvignon that is just beginning to show the first signs of aromatic development. Ripe, voluptuous and racy to the core, the 2007 will continue to drink well for another 15+ years. A big, vertical wine, the 2001 Cabernet Sauvignon Tychson Hill is dark, powerful and explosive. Black cherries, savory herbs, smoke, licorice, tobacco, incense, lavender and a host of mineral-inflected notes all open as the 2001 captivates all the senses. Suggestions of melted road tar and smoke all contribute to the wine's brooding personality. The 2001 Tychson Hill has long been one of my favorite Colgin wines. Today, it is superb. 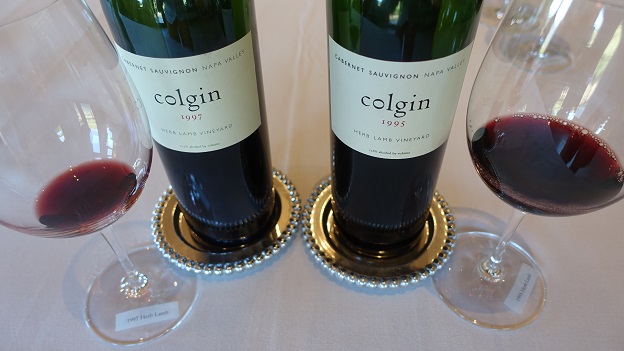 The 1997 Cabernet Sauvignon Herb Lamb is utterly magnificent. Powerful yet light on its feet, the 1997 exudes class. Intensely floral, lifted aromatics meld into a seemingly endless core of dark fruit. Shades of graphite, smoke, black cherry and licorice add nuance throughout. At nearly twenty years of age, the 1997 has aged impeccably and should continue to drink well for at least another decade. This is an eye-opening Cabernet Sauvignon from Ann Colgin. The 1995 Cabernet Sauvignon Herb Lamb is a bit juicier and more overt than the 1997 tasted alongside it in this flight. Forward, juicy and supple, but not at all over the top, the 1995 is a gorgeous wine from this late-ripening site on Howell Mountain. At twenty years of age, the 1995 Herb Lamb is fabulous. Its only real fault is following the 1997.

I have to say, it was quite illuminating to taste these wines outside of their natural habitat. I visit Colgin at least twice a year and have ample opportunity to see the wines, both young and old. And yet, there was something quite special about this retrospective. From the moment the bottles were opened backstage, the flavors were really popping and the wines were incredibly expressive. It was a magical tasting in an equally evocative setting.