Trends come and go, but classics never go out of style. This comprehensive tasting back to 1984 showcased the astonishing quality of Mount Eden's Pinot Noir over the last four decades. It was also a poignant reminder of the enormous potential in the Santa Cruz Mountains to produce ageworthy, world-class Pinot Noir, Chardonnay and Bordeaux blends of the very highest level. I have long admired Mount Eden for their complex, highly nuanced wines. Needless to say, an opportunity to survey a deep collection of Pinot vintages was a real thrill. 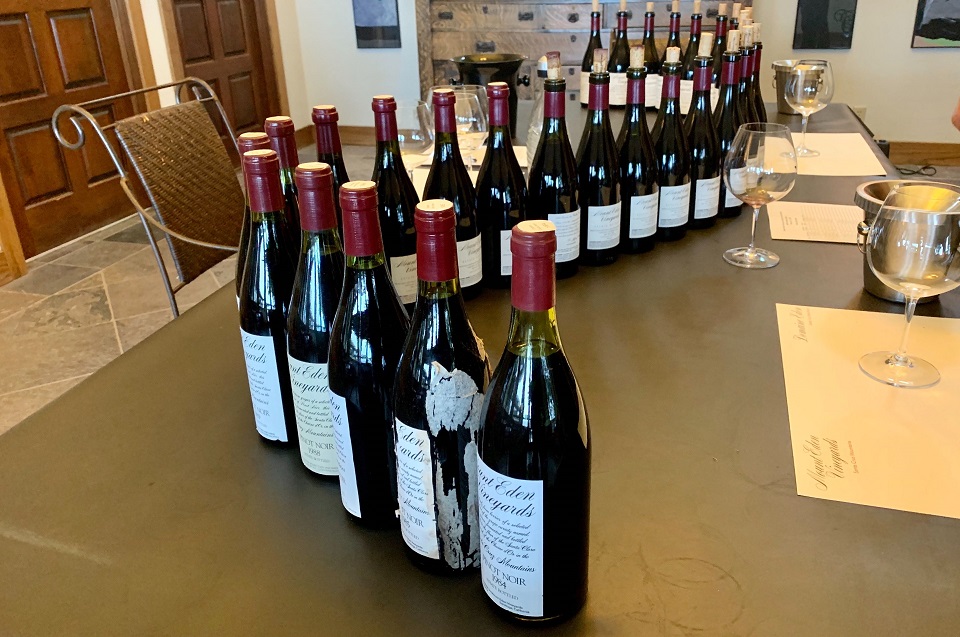 Mount Eden boasts a remarkable lineage that goes all the way back to 1943, when Martin Ray planted the first Pinot Noir vines here. In the late 1960s, Ray ran into trouble with his investors, which ultimately led them to foreclose. A group of remaining investors reorganized as Mount Eden Vineyards and released their first wine with the 1972 vintage. Taking the Martin Ray and Mount Eden eras together, the property boasts the longest track record of uninterrupted production of Pinot Noir I know of in the United States, and therefore likely the New World.

The vines lay dormant in winter, with Silicon Valley below

The estate sits perched atop the Santa Cruz Mountains, a part of Northern California that can feel quite remote because of its heavily forested, rugged mountain landscapes and relatively small amount of vineyard land. And yet the bright lights of Cupertino, San Jose, broader Silicon Valley and the new Apple campus can easily be seen from the vineyards, a reminder of how close we are to one of the world’s most dynamic and innovate economic centers.

At four decades and counting, Jeffrey Patterson’s track record as winemaker is as impressive as it is rare in California. Patterson arrived at Mount Eden as assistant winemaker in 1981. Two years later, the partners hired Patterson and his wife, Ellie, to run the estate. The Pattersons increased their stake in the corporation over time and became majority owners in 2008. Today, the Pattersons run Mount Eden with their son, Reid and their daughter, Sophie. 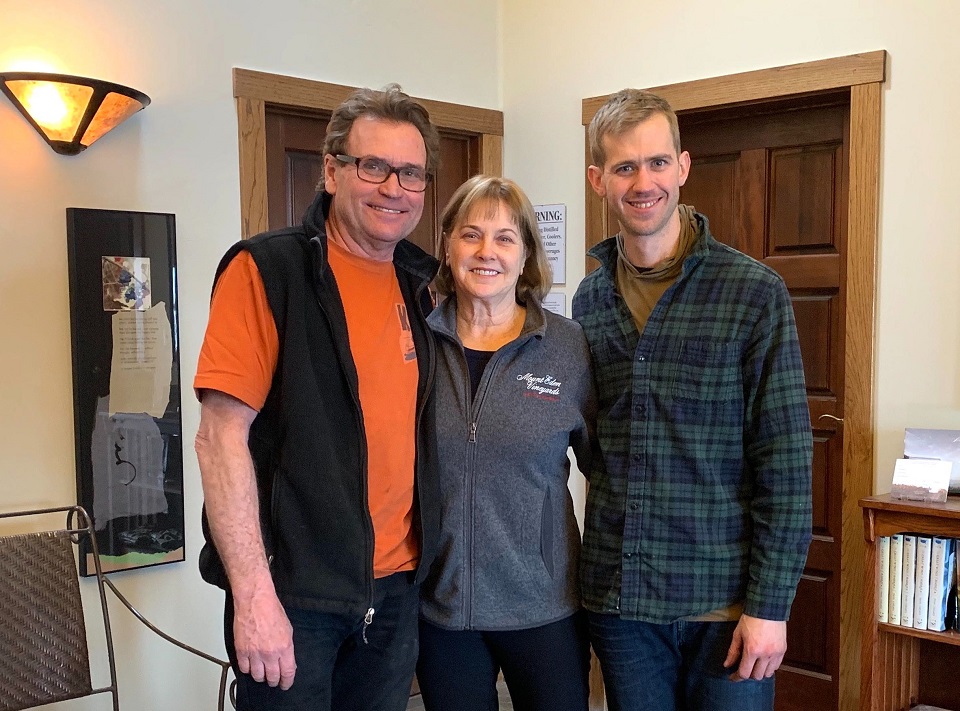 Jeffrey and Ellie Patterson with their son, Reid, at Mount Eden

Ray planted the original vineyard in a square 10x10 layout, with vertical trunks with spurs and basket canes, if the plants were healthy enough. Because of the vertical training, ripeness varied quite a bit from the vines closest to the soil to those higher up. Red leaf virus was rampant. Although this sort of vineyard architecture (and virus) is not considered at all desirable by today’s standards, there is no denying the extraordinary quality of the wines made from these vines. Some of the most impressive wines in this tasting were bottles from the 1980s and early 1990s, which were made from the old vines. Replanting eventually became necessary, and Mount Eden carried out significant redevelopment during the 1990s. The original vineyard was last vinified in 1997 and bottled as a separate cuvée, which I was fortunate to taste for this article. One of the major challenges of making wines in the Santa Cruz Mountains is battling the elements. Rainy and cold weather is common during May/June, when vines are flowering, which means yields can vary pretty dramatically from year to year, even with modern farming. 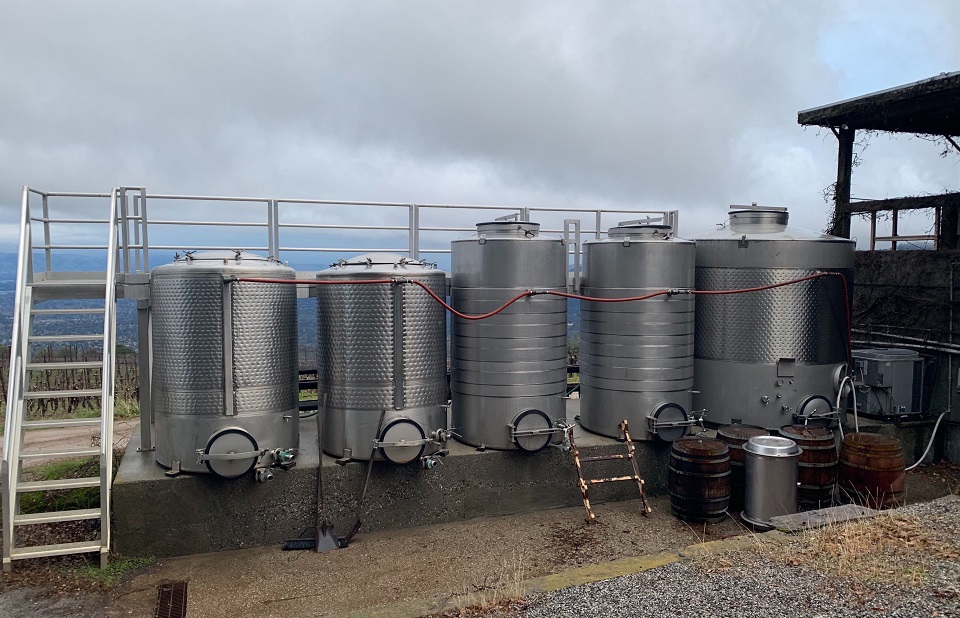 These steel tanks were used for the Pinot Noir until 2008

From 1972 to 2007, the Mount Eden Pinots were made in tank fermenters that remain outside the old winery. Mount Eden purchased Domaine Eden (formerly Cinnabar) in 2007 and subsequently shifted production to that facility because it had more modern equipment. In most years, Patterson uses some stems, but the approach varies from vintage to vintage. “When I arrived in 1981, I thought a lot of the wines suffered from too heavy an influence of whole clusters. The wines were too hard,” Patterson told me recently. “For years, I only worked with destemmed fruit, but then in the mid 2000s I joined a tasting group with collectors and sommeliers who were deeply versed in the wines of Burgundy, and I started to refine my approach a bit." In the early days, the Pinot spent 20-22 months in barrel, but since 2000 it has been bottled with about 10 months in barrel, a decision taken for practical reasons of space and a desire not to have empty barrels in the cellar for more than is necessary, considered a best practice. The mix of coopers has remained pretty much unchanged over the years at equal parts Sirugue light toast and François Frères heavy toast. Save the rare exception, the Pinot is generally neither fined nor filtered. 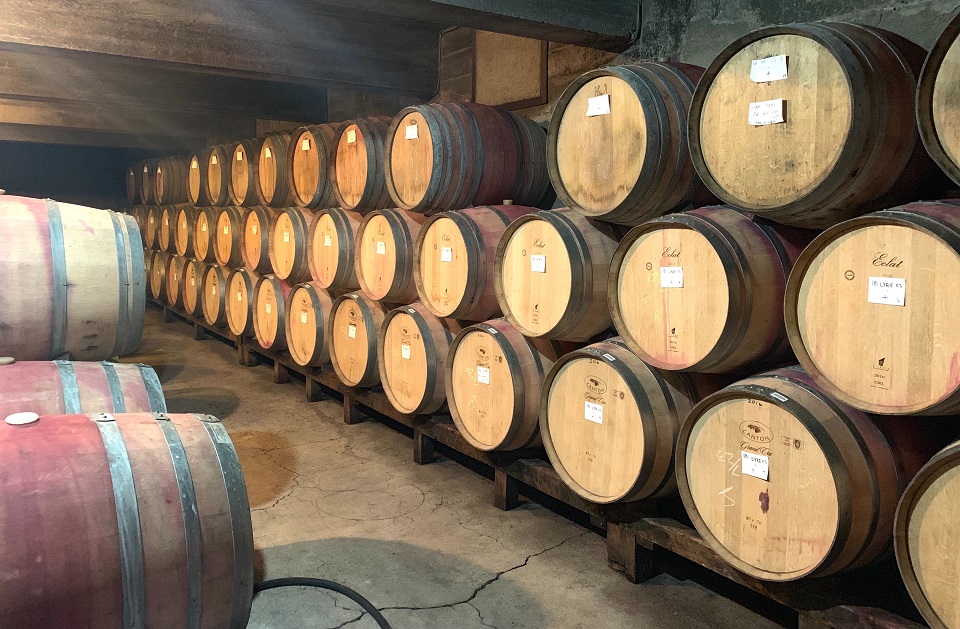 One of Mount Eden’s aging cellars in the original winery

I was deeply impressed with the wines in this vertical. To be sure the best wines of the 1980s and 1990s, those made from 1940’s era vines, have a deep fascination. But there are other, more recent, examples that are just as compelling. The 2011, from a very tough and low yielding vintage, or the 2014, made in the middle of a severe drought cycle, are but two examples. Despite Mount Eden’s stellar track record, the wines remain under the radar and exceptionally well-priced given their superb quality and sheer character. I can’t think of too many estates in the world that craft gorgeous, artisan, ageworthy wines at this level that consumers can still afford. 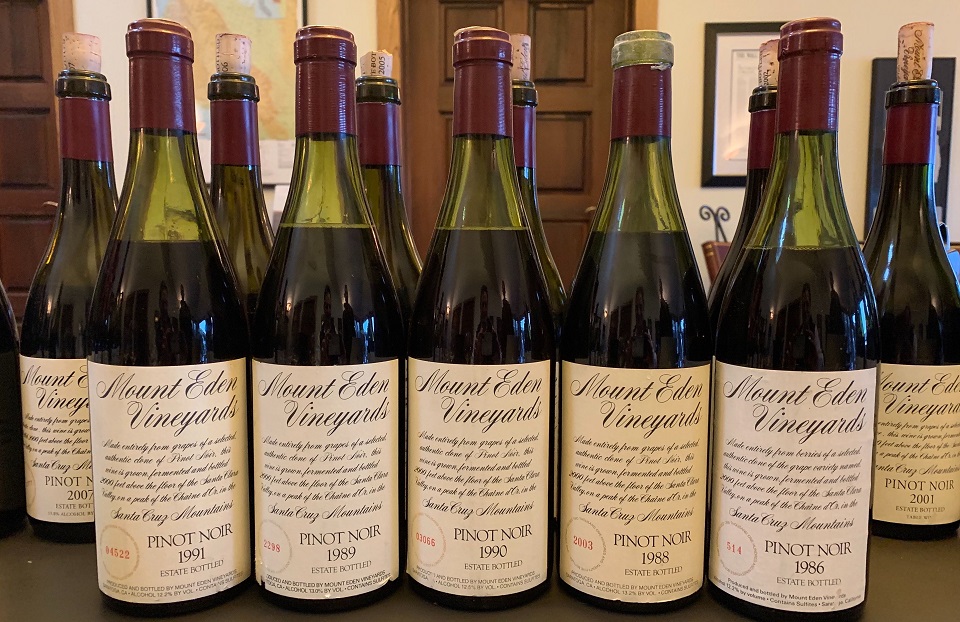