I was absolutely floored by Steve Kistler’s 1982 Cabernet Sauvignon Veeder Hills Vineyard, a wine I had never come across before.

Still fresh and wonderfully vibrant, the 1982 has enough richness to drink well for another decade. Iron, smoke, pepper, red cherry, sage and chalk give the 1982 a distinctly savory character to match its old school personality. Even after all these years, the 1982 is positively brilliant. When I first tasted it, I erroneously assumed the 1982 was made from the Kistler estate vineyard on Moon Mountain. 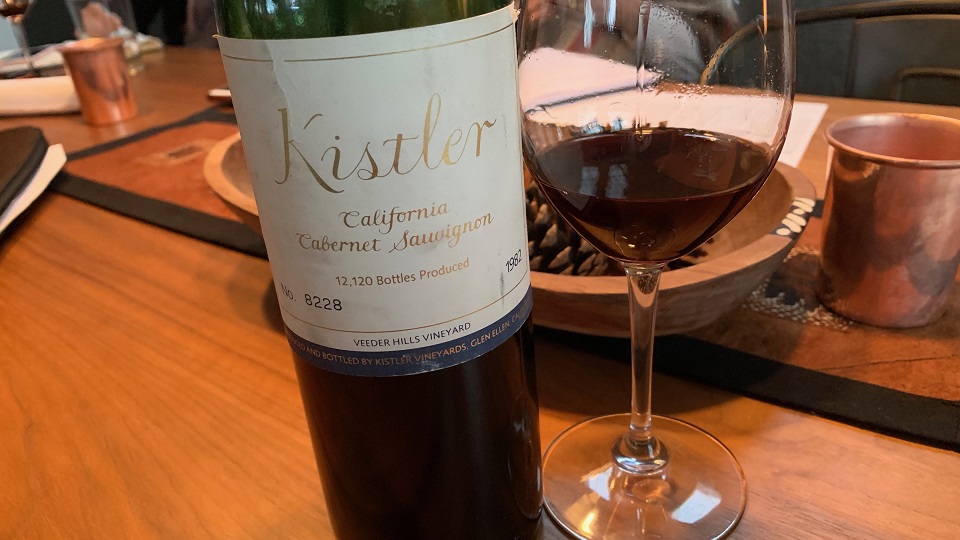 As it turns out, the story behind the 1982 is much more interesting. Steve Kistler’s early inspirations were the wines made by Bob Travers at Mayacamas and Paul Draper at Ridge, where he worked for three harvests. After many years of looking, Kistler purchased a vineyard on Moon Mountain. Kistler told me that he also bought Cabernet Sauvignon fruit from the Veeder Hills and Veeder Peak vineyards, both in Napa Valley, from 1979 to 1983, after which he focused exclusively on estate fruit. During this era, the Kistler Cabernets were fermented in 1.5 ton tanks with native yeasts. The wines spent 18-24 days on the skins with 1-2 punchdowns per day. Malolactic fermentation was also native. The wines aged 18 months in oak, with rackings every four months, and were bottled with no fining or filtration. Kistler ultimately decided that his Moon Mountain site was not well suited to Cabernet. By 1994, all of the Cabernet was budded over to Chardonnay.

I imagine most bottles of the 1982 Veeder Hills Cabernet are long gone, but readers who are fortunate to find well stored bottles will drink a wine that speaks eloquently to the time in which it was made and the early years of one of California’s most influential winemakers. 94/Drink 2019-2029.