Sandwiched between three cool years and three growing seasons affected by late-season heat spikes, 2001 has proven to be a Napa Valley classic for Cabernet Sauvignon and Bordeaux blends. The better wines are in fine form today.

By coincidence, the two Napa Valley Cabernet vintages that I re-evaluated in depth this spring are two of my all-time favorites: 2010 and, in this article, 2001. Both deliver glorious Napa Valley fruit ripeness leavened by an element of Old World restraint. Both were characterized early on by suave, integrated tannins, and fully ripe—even sometimes liqueur-like—fruit, but neither was a blockbuster, and both sets of wines showcased their balance from the start. Although many ‘01s went through a reticent stage at some point between about ages 4 and 15, today virtually all of them have embarked on their windows of peak drinkability, and they are showing beautifully.

The 2001 Growing Season and Harvest

Bud break in 2001 was considerably earlier than normal, taking place at the end of March during an unseasonably warm period. But then most of April was unusually cool and many vineyards suffered from damaging frost during the first half of that month. (Production in 2001 would ultimately turn out to be lower than average.) May turned freakishly warm—a few growers called it the hottest May on record—and the flowering of the Cabernet took place mostly during the last third of that month. Following a hot week in mid-June, temperatures were then mostly lower than normal during the months of July, August and September, with a few very brief heat spikes and mostly cool nights.

Some properties started picking their Cabernet during the first week of September, not long after their Sauvignon Blanc, Chardonnay and Merlot—hardly a surprise, as the bud break, flowering and veraison had also been early. But others waited, and cool temperatures in September ultimately allowed for long hang time and slow development of flavor without grape sugars skyrocketing. While many producers picked at least some of their Bordeaux red varieties early, a good part of the Cabernet harvest (Sauvignon and Franc) extended into October, allowing for slow, full ripening of the tannins. For example, Robert Mondavi Winery reported that the 2001 growing season brought “one of the longest bloom-to-harvest periods in recent history,” resulting in exceptional flavors in the Cabernet Sauvignon grapes. Even though Mondavi’s harvest had started on August 8 (!), the last grapes were picked at the end of October, by which time the flavors were fully mature and the tannins had softened. The Cabernet Sauvignon grapes for Mondavi’s Reserve Cabernet bottling came in between October 2 and 16.

Today I think of 2001 as something of a transitional vintage, as it came between three cool years (1998, 1999 and 2000) with late harvests and three growing seasons during which grape-growers had to deal with periods of intense heat and desiccating winds from the east during September. These conditions, more extreme in ’02 and ’03 than in ’04, often sent grape sugars soaring through dehydration but did not necessarily bring concentration of flavor and ripe tannins to fruit that was not allowed to hang on the vines until conditions moderated. In comparison, the 2001s showed deep colors, lovely ripe fruit, juicy framing acidity and mostly smooth tannins from the get-go. While typically generous and silky, they were rarely blockbusters. 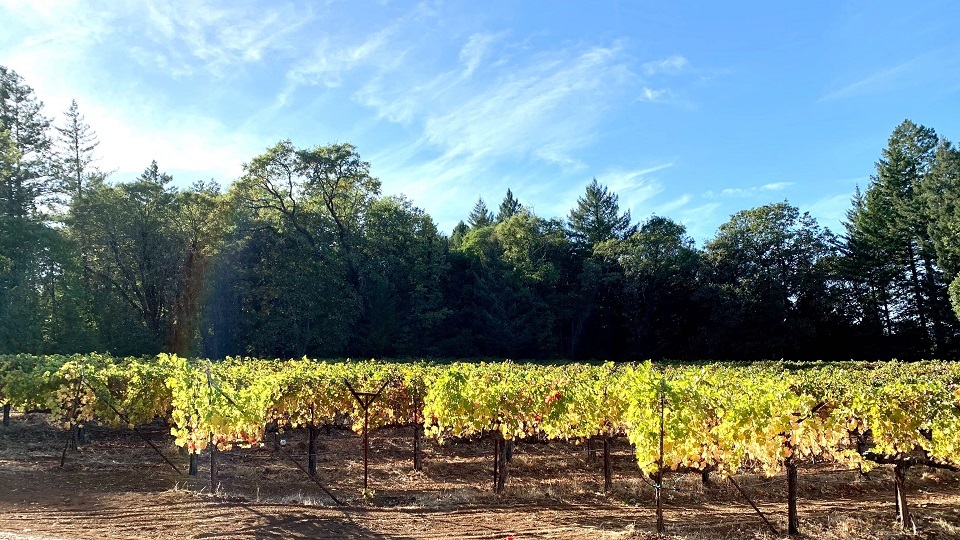 The Style of the Vintage

Some comments by winemakers with whom I tasted the 2001s shortly before bottling nicely summarize the early view of this vintage:

Ed Sbragia, then Winemaker Emeritus at Beringer, told me, "Two thousand one may be the best Cabernet vintage in my 28 years here." Tim Mondavi said that “the 2001 Cabernets offer a great balance of fruit and tannins.” Mia Klein, who was responsible for the Dalla Valle wines, among others, in 2001, called ’01 “a textbook growing season, and one requiring very little manipulation.”

Boris Champy, then the winemaker at Dominus Estate, made it clear that Christian Moueix and his team at Dominus preferred the 2001 vintage to 2002. "The small yield and warm harvest of 2001 gave very intense, tannic wines," said Champy. "But the tannins are of very high quality, and the wine seems approachable already. A great wine is great from the beginning, and the 2001 Dominus should age a long time based on the nobility of its tannins." Following the relatively cool summer, the fruit enjoyed protracted hang time. It’s a classic, ripe, Right Bank style of Vintage. And yet we picked at 24 degrees Brix, a level of potential alcohol that most people around here would consider low," he added. Randy Dunn, from his perch on Howell Mountain, pointed out that getting Cabernet Sauvignon to ideal ripeness on Howell Mountain is always a tricky business. "In 2001 we needed a lot of work to get the fruit ripe," he said. "We dropped fully 45% of the crop, beginning late in the veraison.” The result, according to my notes, was one of the top wines of the vintage, with alcohol a mere 13.1%. While some wines of 2001 are high in alcohol, showing liqueur-like or crystallized fruit character but avoiding roasted qualities, I still consider 2001 to be a classic vintage for Napa Valley Cabernet, clearly built for mid- to long-term aging.

The Wines This Spring

Nearly two decades after the harvest, the 2001s showed extremely well, with a very low percentage of submitted samples failing to earn a recommendation (i.e., a rating of at least 87 points). Frequently my scores rose into the low and mid-90s. The ‘01s still look remarkably youthful, with very few of them yet showing amber development at the rim.

Only a few wines were clearly over the hill, though several have never really expanded in bottle. The wines that fell short generally lacked pliancy and richness, or came across as a bit fruit-deficient or dominated by herbal and vegetal elements. Some suffered from green or dry tannins.

But a far higher percentage of wines impressed with their fine-grained, silky textures, their retention of fresh fruit character, their harmonious framing acidity and substantial but refined tannins. The better 2001s, assuming ideal cellarage through the years, should go on for another decade or more—in some cases, much more. They deliver a lovely combination of sweet and savory character and expressive soil tones. If you purchased the right wines at the outset, you will be very pleased with your bottles. And unless you live in a Scottish castle with your bottles deep underground, you should be enjoying them now.