Of all the vertical tastings I did this past March, my exploration of Ric Forman’s Cabernet Sauvignon was the most intriguing, as I was able to follow the striking evolution of this wine over the course of four decades. As was the case with my other verticals, I came away convinced that today’s wines are better than ever, despite opinions to the contrary by low-alcohol fundamentalists. 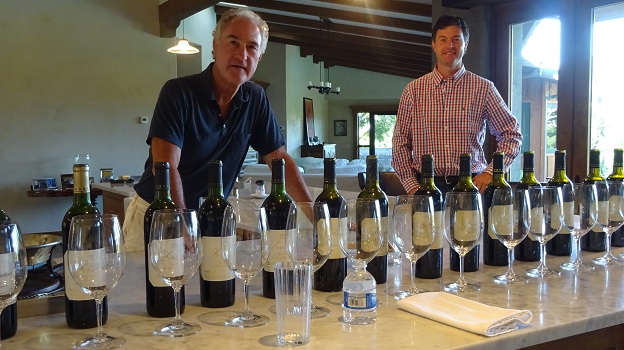 Forman, who earlier in his career put the wines of Sterling Vineyards on the map during his years as winemaker there and subsequently co-founded Newton Vineyards, bought his own property in the hills above St. Helena at the base of Howell Mountain in 1978. He planted the steep 9.5 acres next to his house the following year, dynamiting the hillside to clear it of rocks. He vinified his first Cabernet in 1983, from the vineyard he calls Grande Roche.

The vineyard’s uplifted riverbed soil, very light and quick-draining, features more than 200 feet of gravel and decomposed volcanic tufa above the rock layer far below. From the start, Forman has made his Cabernet mostly from this vineyard, although between 1990 and 2006 he frequently included a portion of fruit from the 20-acre Thorevilos Vineyard located just above Grande Roche on somewhat lighter, chalkier soil. (Forman leases Thorevilos with his friend David Abreu, the noted viticulturist with whom he co-founded David Abreu Vineyard Management in 1980. Forman also made the Abreu Cabernet Sauvignon in his cellar through the 2000 vintage.) As Forman had to replant Grande Roche in 1996 due to phylloxera, his 1997 and 1998 bottlings contained more fruit than usual from Thorevilos. 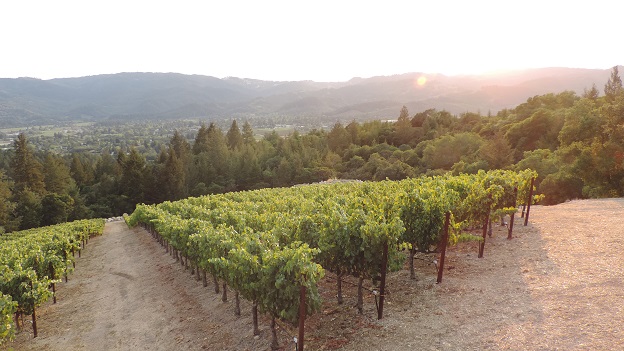 Forman had been among the first winemakers in California to introduce a serious varietally labeled, vintage-dated Merlot (at Sterling in the late ‘60s) and he also bottled Merlots under his own label between 1990 and 1998 before deciding that he’d much rather use this variety as a component in a Cabernet Sauvignon-based Bordeaux blend. So beginning in 1999, he simplified his life by bottling just two wines under the Forman label: a Cabernet Sauvignon-based wine and a barrel-fermented, non-malolactic Chardonnay that has consistently been one of Napa Valley’s most distinctive and ageworthy examples of its variety in a Chablis-like style.

Multimedia: A conversation with Ric and Toby Forman

In the early years Forman harvested early, at relatively low grape sugars, and routinely acidified his musts. The vintages of the ‘80s were made in a distinctly old-fashioned, lower-alcohol style that quickly attracted a faithful following, especially among Francophiles. Those wines always struck me as claret-like in style and weight, and often a bit funky with leather and earth elements. But beginning in 1990, he began harvesting a bit later in search of better flavor maturity, and, perhaps more important, discontinued adding acid to his musts.

Forman embarked on a third phase of winemaking in 2003 when he started picking even later, a development he partly credits to the influence of his son Toby, who began working with him around that time. “Toby has a more modern palate,” Forman told me as we tasted through his wines in March, “as well as the patience to wait a bit longer to harvest.” Brix levels at harvest, which were typically in the range of 23.5 to 24.5 degrees in the early years, and as low as 22.5 in 1985, are now consistently in the 25.5 to 27.5 range. Since ‘03, alcohol levels in the finished wines have been in the mid to high 14s, and beginning with the 2012 his Cabernets have reached 15%. 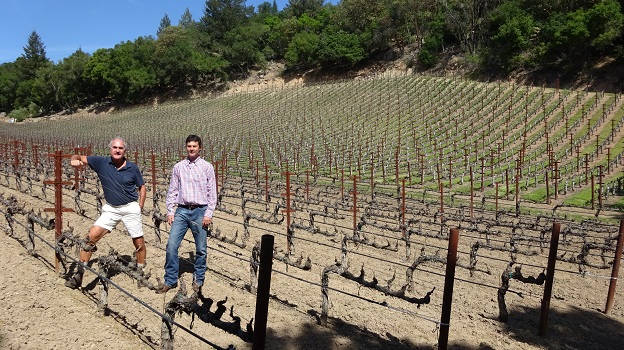 Ric and Toby Forman in Grande Roche, replanted in 1996 with vertical trellising

But when Forman replanted Grande Roche in 1996, he switched to vertical trellising, a system that allows for dappled light on the grapes rather than hot direct sun, and this approach enables him to pick riper fruit while maintaining adequate natural acidity in the grapes and avoiding dehydration.

Forman’s red wine has always been mostly Cabernet Sauvignon, although numerous vintages are just at the 75% minimum required for varietal labelling. The rest of the fruit is Merlot, Cabernet Franc and Petit Verdot—and beginning with the 2013, which had not yet been bottled at the time of my vertical tasting, Forman will be adding a bit of Malbec to the blend. Annual production of the Forman Cabernet Sauvignon is typically around 2,000 cases, but in cooler vintages like 1998, 2000 and especially 2011 was significantly lower owing to the need for particularly strict selection.

A long-time student and admirer of Bordeaux wines, Forman assembles his wine early. After fermenting his fruit in small tanks and blending the various varietal components immediately, he makes a roughly 100-barrel blend and then drains the wine by gravity into barrels in the deep, cool, humid tunnel cut into the hillside a hundred feet below his house. (A portion of this juice is eventually declassified into his Grande Roche label.) 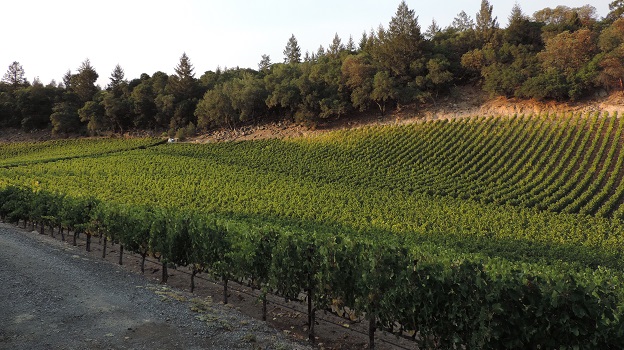 Grande Roche in the evening sun, immediately after harvest

The malolactic fermentation occurs in the barrels, and Forman does a very light fining after the wine has been in wood for about a year. The bottling normally takes place the second August. Thanks in large part to his cross-flow filtration system, Forman says his Cabernets have not been affected by brettanomyces since 2003.

Since 1990, Forman has aged his Cabernet in 50% to 75% new French oak, depending on the vintage. He favors barrels from the coopers Nadalié, Sylvain and Bel Air.

As of vintage 2006, Forman increased his extraction during vinification, using a computerized system to carry out automatic pumpovers for ten minutes every two hours during the active period of fermentation; he also started doing up to a week of post-fermentation maceration. Total cuvaison is now three to four weeks, or about a week longer than in the earlier years.

The combination of riper grape skins and more extraction has produced richer, fleshier, broader wines with plusher tannins but no loss of balance. If earlier vintages were often Médoc-like, the newer wines sometimes strike me as closer to Right Bank in style, despite the fact that they remain dominated by Cabernet Sauvignon. While Forman’s Cabernets have always been known for their early sex appeal, as a rule they have aged very gracefully; even the weaker vintages appear capable of evolving in a positive way for at least 15 to 20 years. But Forman noted that he prefers to drink his wines younger than that: “After ten years it’s a crap shoot,” he explained. My experience in March suggested that laying these stylish wines down in a cool cellar is hardly a gamble, and recent vintages boast the equilibrium and stuffing to reward extended aging.

Incidentally, there was a gap in my tasting between vintages 1995 and 2003, as Forman has virtually no stock left from these years. (I later tracked down bottles of the 2000 and 2001 in the retail market to include in this article.) “In our very humid cellars the labels were deteriorating,” said Forman, “so I told my marketing manager that we should use some of these bottles to make our customers happy on their visits here. She ended up pouring all of them, and it certainly made us a lot of friends.” But when his son Toby joined him in 2003, he convinced his father of the importance of keeping decent quantities of subsequent vintages, so Forman does not expect to run out of back vintages in the future.

View the wines in the order tasted (from oldest to youngest)