Corn and potato gazpacho with mussels

Quenelle of crab with melon

It had been a long, traumatic day, not for this writer but rather for the winemakers who welcomed me in Mâconnais. A humid morning had turned to spontaneous deluges by lunchtime, and then a vicious hailstorm ripped through Fuissé, just minutes after I arrived at Domaine de Beauregard. I will always remember proprietor Frédéric Burrier’s thousand-yard stare out the first-floor window, a wordless and helpless spectator as Mother Nature flicked the switch and turned rain into vine-lacerating ice. Three minutes and the courtyard was covered in hail. Burrier went out and returned with shredded vine leaves, estimating that four-fifths of his crop would be destroyed. My next appointment was nearby at Domaine Robert Denogent. I was still processing what I had witnessed and its ramifications. Would they even want to see me? Yet, I found Nicolas Denogent sanguine about events, even cracking jokes. I could not work out whether he’s the most optimistic winemaker in the world, or it was just a coping mechanism. A bit of both? He inquired what I might be doing that evening and recommended a nearby restaurant, Cassis, one of the few open on a Monday night. 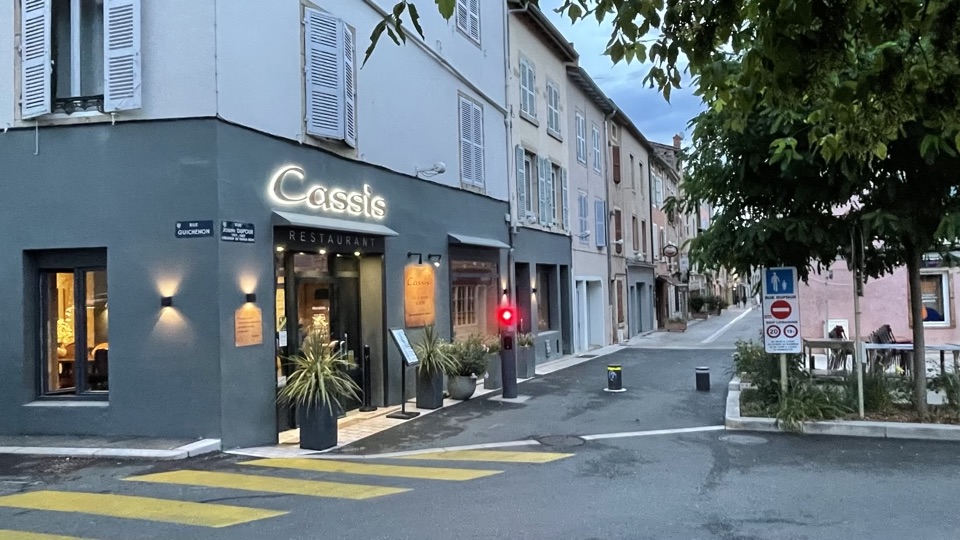 Following Denogent’s advice was one of my better decisions. Innocuous as it is from the outside, I would have overlooked this wonderful restaurant in the heart of Mâcon. The décor is modern, perhaps a little generic, the rustic stone walls contrasting with rather Eighties-inspired furniture. Don’t let that put you off. I found the ambiance cozy and the service exemplary, unfussy but attentive. Cassis offers a four- and seven-course “surprise” menu. That was fine with me, though I asked if they could veer toward fish, if at all possible. As it turned out, the standard was so good that I couldn’t have cared less what was served. 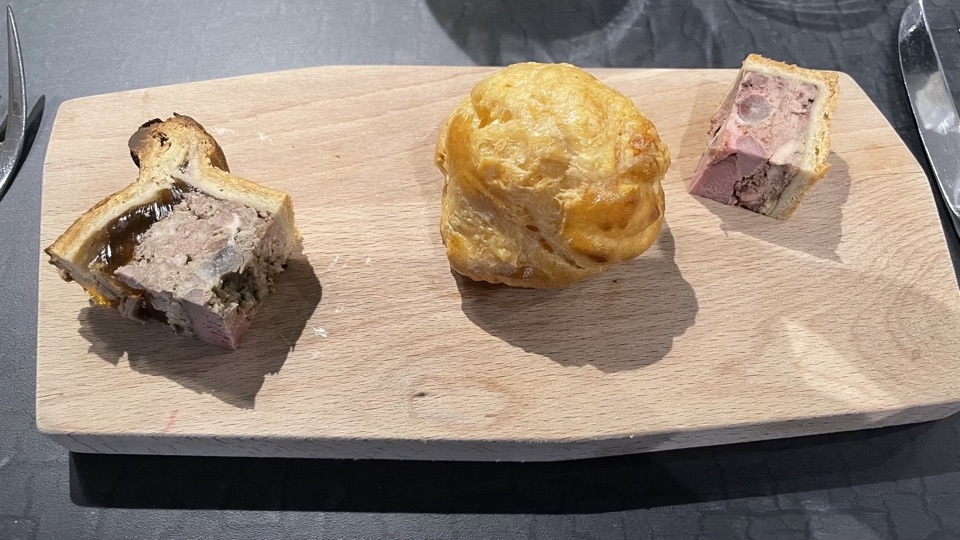 The gougères with two homemade beef and pork pâtés en croute were a good omen. The moist gougères oozed cheesy goodness, and the pâtés were perfectly seasoned, with a light, fluffy crust – some of the best I have eaten. (It was only afterward that I discovered their pâté en croute came third in the world championship in 2016.) This was followed by a delicious small bowl of corn and potato gazpacho with mussels. It was an inspired combination, the sweetness of the corn pairing beautifully with the salinity of the mussels. 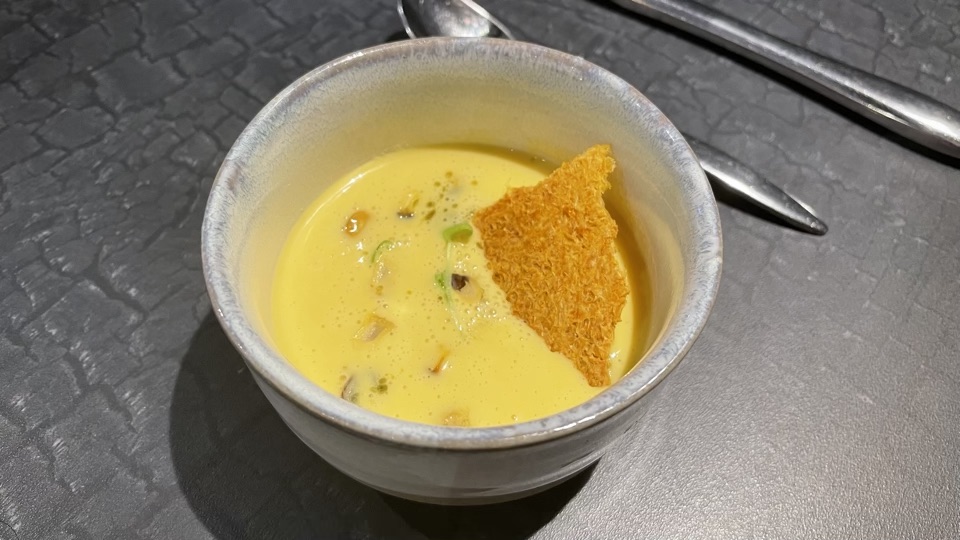 Corn and potato gazpacho with mussels

Next came a quenelle of crab served with two small boules of melon in a melon soup. I was not completely convinced by this combination, perhaps because the crab was so delicious that the melon seemed distracting, as if it had wandered in from a starter. 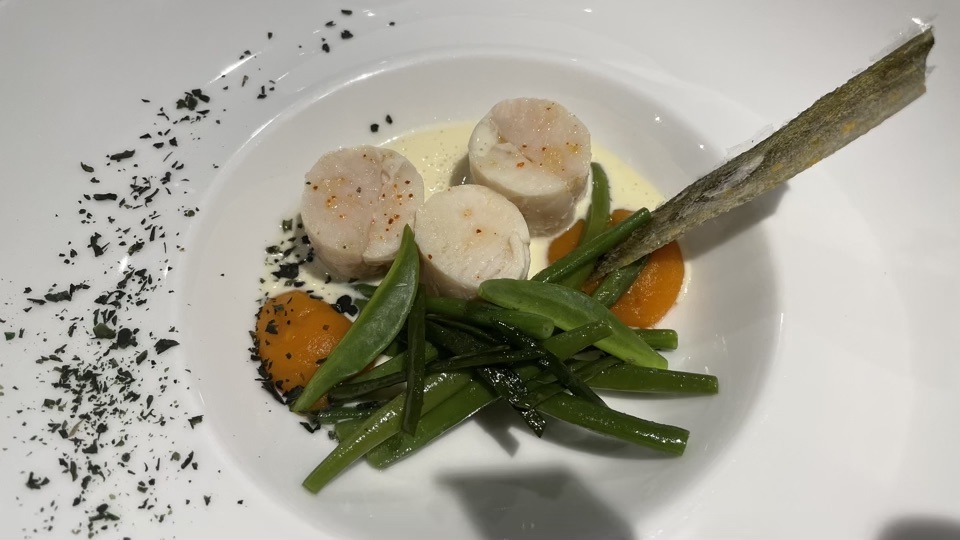 The next course consisted of three medallions of ombre chevalier (Arctic char), a deep-water fish that you don’t see often. The medallions were beautifully cooked, not unlike scallops in consistency, and seasoned with a judicious pinch of paprika. They came with carrot purée, sugar snap peas and a shard of dried char skin that lent welcome texture and salinity to the dish.

The main course comprised thin slices of veal served in a bouillon described as “shabu-shabu.” Clearly, this was Japanese-influenced, though I overheard the server advise a nearby table that it came from China. The broth was perfectly seasoned and whisked me to some izakaya in the suburbs of Tokyo – it was that good. The veal was accompanied by slices of grilled artichoke and artichoke purée, though the latter missed a little seasoning and dissolved in the bouillon, so maybe a bit of tweaking there would not go amiss. 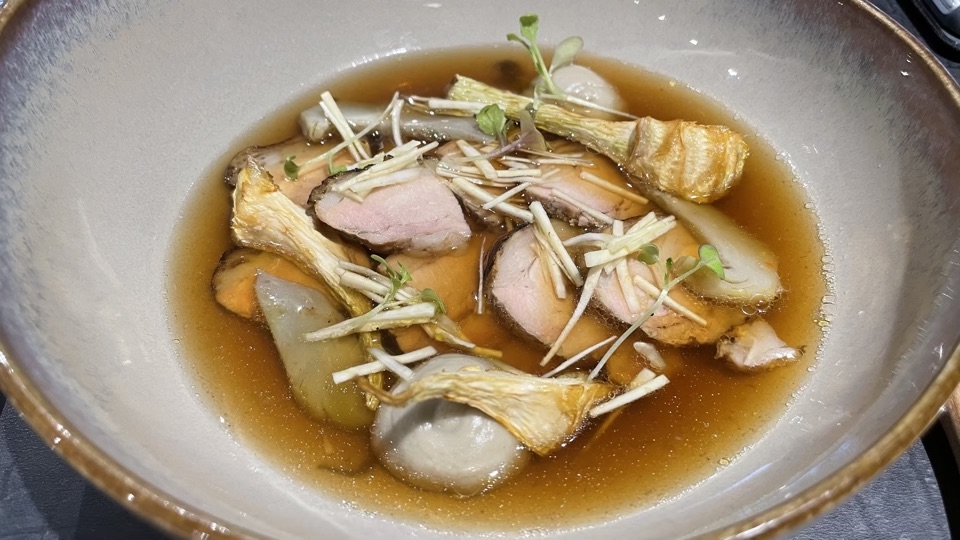 Skipping the fromage, I went directly to dessert: strawberries served with petit pois and fromage frais. I don’t think the petit pois belonged in this dish; the strawberries were so ripe and delicious that they felt unnecessary. 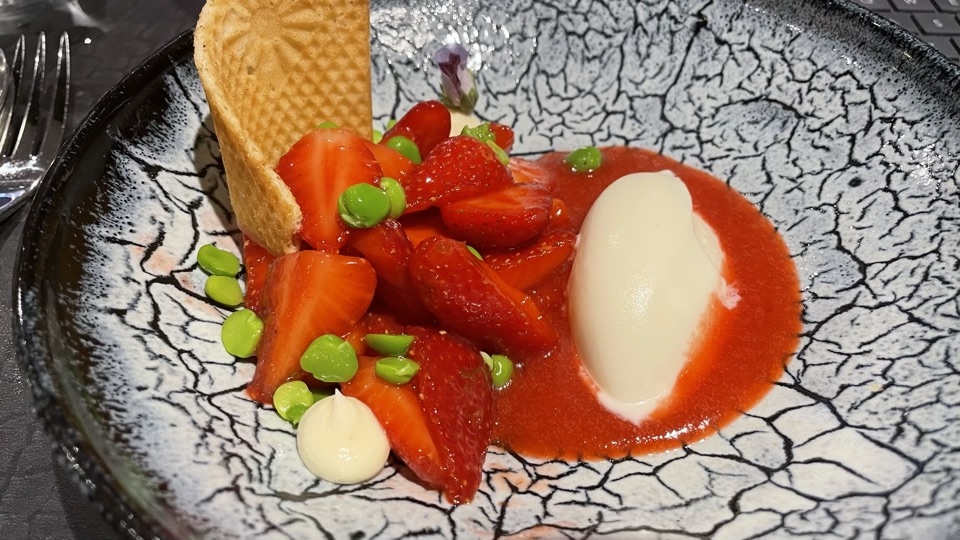 The wine list features the Mâconnais and Beaujolais, as you would expect and hope, although the selection could be extended further given that both regions are surfeit with great wines. Prices are very reasonable, but don’t expect blue-chip producers or mature vintages. I opted for a 50cl bottle (such a useful size when dining tout seul) of 2018 Saint-Véran from the ever-reliable and probably underrated Domaine Nadine Ferrand. It’s fresh and crisp on the nose. The palate is tensile and zippy, demonstrating fine weight and fruit concentration, grapefruit, mango and citrus notes vying for attention. It is also surprisingly saline on the finish. Is it complex? No. Is it delicious? Yes. Will you want another bottle? Most definitely. I loved it. 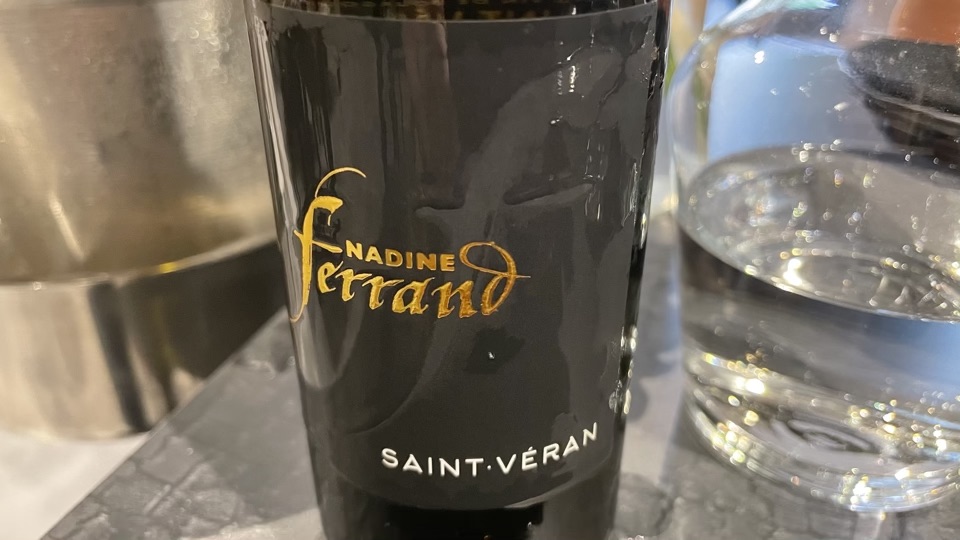 Cassis is a restaurant that does nothing other than serve delicious food at reasonable prices with the minimum of fuss. At €42 for the four-course menu, this was an absolute bargain given the quality of sourcing; the origin of every ingredient was listed on the reverse of the menu. A few adjustments are necessary in the kitchen, but perhaps that is just a question of time. The town of Mâcon has its fair share of tourist-trap restaurants, so finding this gem thanks to sage advice made this dinner even more enjoyable. Walking back to my hotel, I reflected upon the beleaguered winemakers in Fuissé who had already suffered frosts earlier in the year. Enjoying such a delicious meal almost felt immoral. Yet, as I learned from Burrier and Denogent, you just have to keep calm and carry on.