The Santa Cruz Mountains remains one of the most distinctive appellations in California, with an ever-increasing number of world-class Chardonnays, Pinots and Cabernet Sauvignons that merit serious attention. 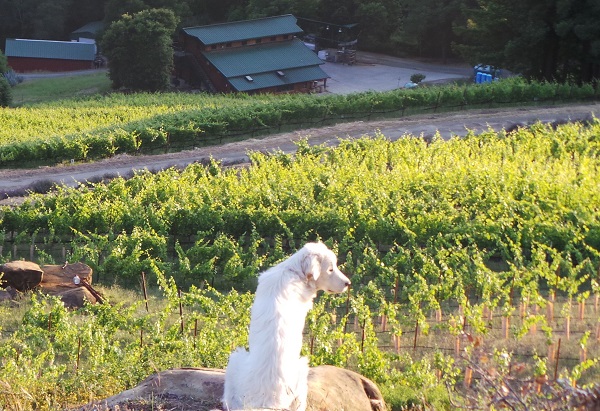 Big Basin’s estate vineyard, with the Rattlesnake Rock parcel and winery below

Stanford’s campus, Silicon Valley, major highways and a number of other landmarks are all visible from high-up on the ridges that form the Santa Cruz Mountains, yet this collection of rugged hillside vineyards remains quite isolated, almost completely detached from the bustling world below. The San Andreas Fault runs right through the Santa Cruz Mountains and acts as a natural border between the cooler, western part of the appellation, where Burgundian varieties thrive, and the more inland, eastern side of the region, which is more hospitable to Bordeaux varieties. Over the last few years a handful of top winemakers from outside the immediate area have begun sourcing fruit here, including Wind Gap, Ceritas and Arnot-Roberts. Their wines serve to further illustrate the huge potential and sheer greatness these sites are capable of. 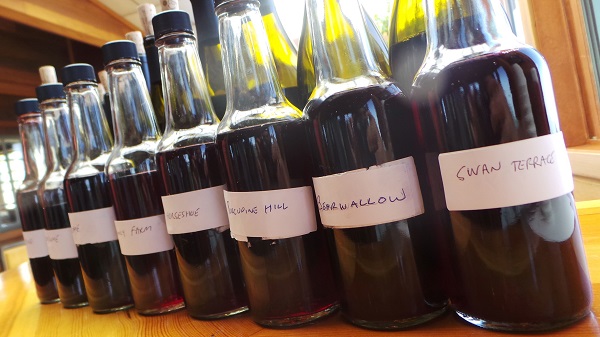 Tasting through the 2013 Rhys Pinots

Most of the wines I tasted on my most recent trip were from the 2012 vintage, a growing season that rewarded producers with much more favorable conditions and a more generous crop than 2011. These steep, hillside sites are already quite marginal in normal years. Cool, late-ripening years such as 2011 can push things to the limit. In 2012 however, producers benefited from a long, relaxed summer with plenty of sunshine and no heat spikes or other shocks. The 2012s are radiant and expressive. Yields were on the generous side for the Santa Cruz Mountains, which only means average in terms of what would be considered normal elsewhere around the world. Because the yields are essentially normal in this vintage, I did not taste as many diluted 2012s in the Santa Cruz Mountains as I encountered elsewhere throughout the Central Coast. 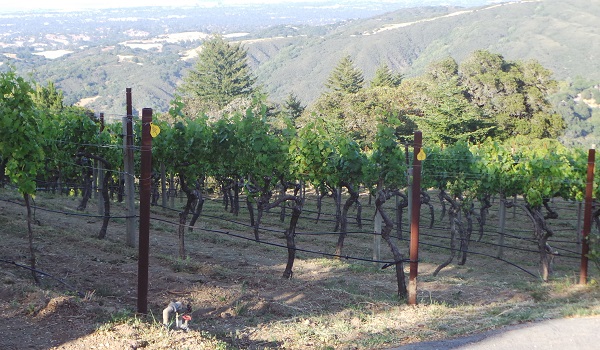 Above and Cover: Fogarty’s Albutom Chardonnay vineyard. Note the wide spacing and terracing typical of older sites in the Santa Cruz Mountains

California’s Central Coast: Better than Ever