Napa Valley enjoyed an extraordinary vintage in 2016. The bottled 2016s are every bit as viscerally thrilling as they were last year when I tasted them from barrel. Best of all, 2016 is a captivating vintage from top to bottom, with a bevy of stunning wines for every palate and budget, as well as a number of bottles that are destined to become icons. 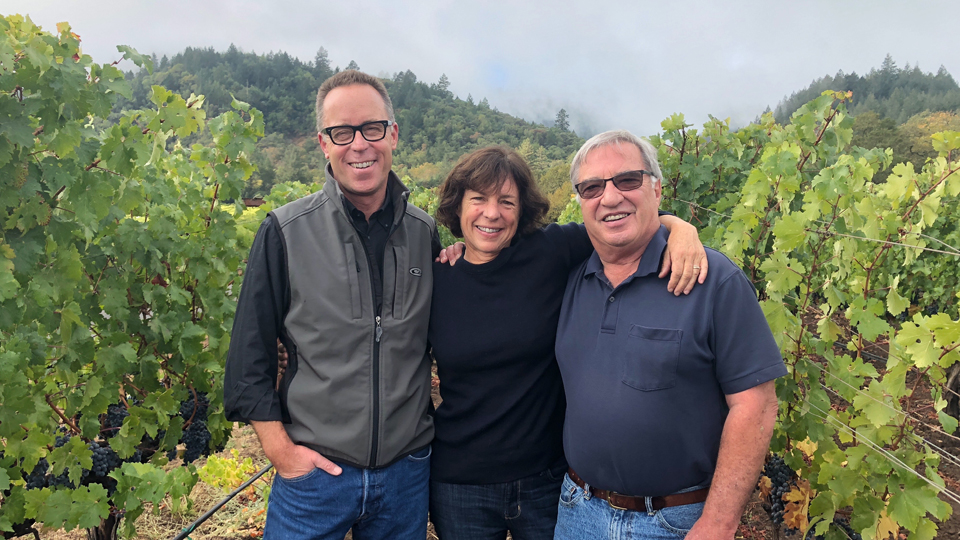 Proprietor Bruce Philipps, Winemaker Françoise Peschon and Vineyard Manager Mike Wolf made one of the epic wines of 2016 at Vine Hill Ranch

Last year I wrote that “The 2016 Cabernet Sauvignons are gorgeous wines endowed with striking aromatic intensity, nuance and depth. Over time, the wines have fleshed out beautifully. The 2016s have decidedly dark flavor profiles similar to 2013 and 2014, but softer curves and more voluptuousness than either of those two vintages. In other words, the 2016s are similar to the 2013s, but with much softer tannins, or the 2014s, but with more textural depth and immediacy. Perhaps most importantly of all, the wines are incredibly delineated in the way they speak to the essence of site. Put simply, at this stage, 2016 is second only to 2013 among the top vintages of this decade so far” in my article Brilliance in Napa Valley: The 2016 & 2015 Cabernets. A year later, I feel the same way, except I am even more excited about the overall quality of the vintage. 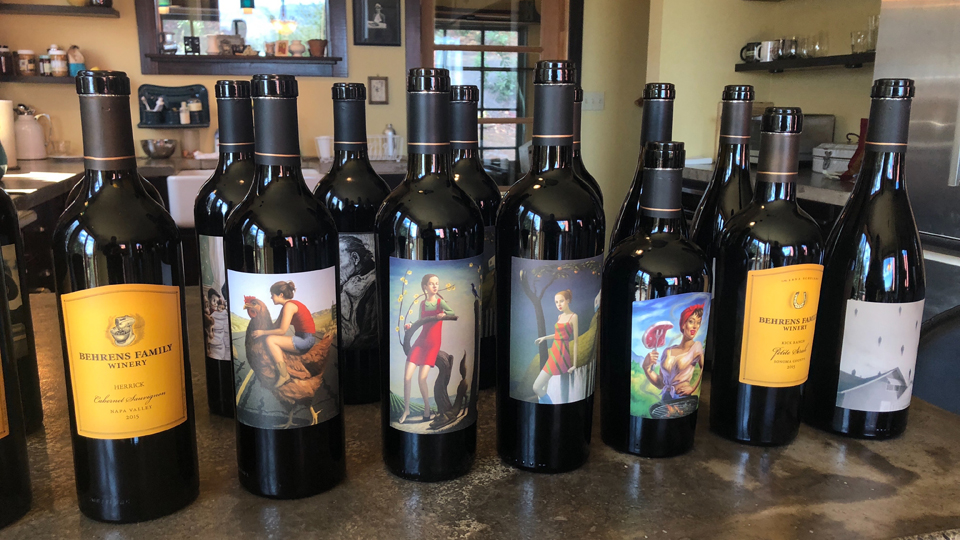 A lineup of colorful labels at Behrens Family Winery

For some reason, this year I am a bit reflective about Napa Valley and how much it has changed in recent years. To be sure, the fires last year were a pretty strong reminder of how fragile life can be. But I have also been thinking about a lot about The Wine Advocate’s 40th anniversary, and how important a mentor Robert Parker was to me during an earlier part of my career. In late 2010, Bob asked me to take over reviewing Napa Valley wines at TWA. It was the first time Bob had given one of his key regions to another reviewer, and therefore a pretty significant moment. Bob gave me a lot of advice then and later in 2011 and 2012, when we tasted and visited estates together. But one thing stuck in my mind. Bob told me I would have a very hard time keeping up with the pace of change. He was spot on. As I look at the list of wineries in this article (Parts 1 & 2), I am astounded that roughly 20% of them did not exist when I started reviewing Napa Valley wines! Many others were just getting off the ground. 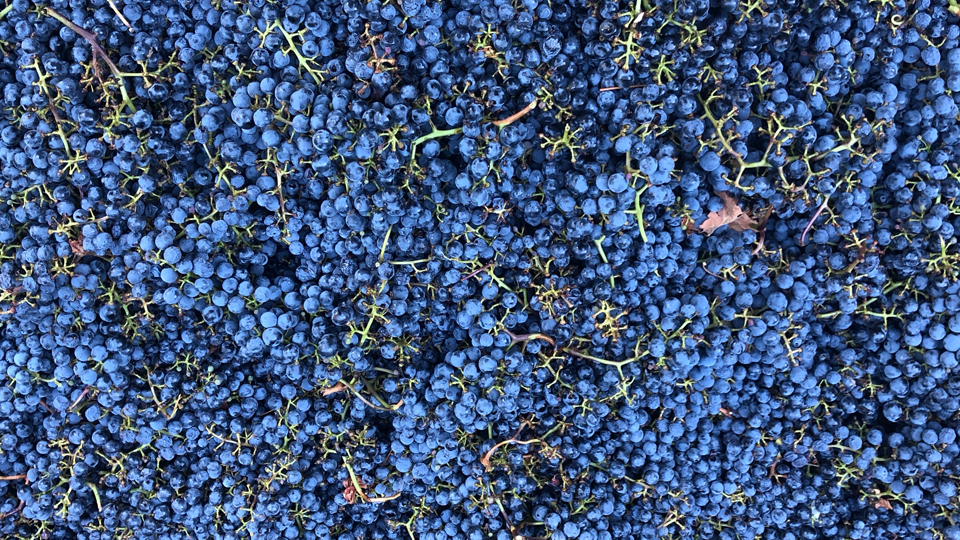 And yet, that pace of change is part of what makes Napa such an exciting region. When I did my first big tasting trip, I replicated Bob’s itinerary down to the last detail. Sixteen days of non-stop tastings, broken into about six days of large-scale comparative tastings and ten days of estate visits. I soon realized that was not enough. This year, I spent 24 days tasting in Napa Valley, almost all of them dedicated to winery visits and only a few to comparative tastings. That is on top of the week I spent tasting young 2017s from barrel this past spring, another ten days dedicated to research on our maps project and several additional days to taste and re-taste wines in my office. 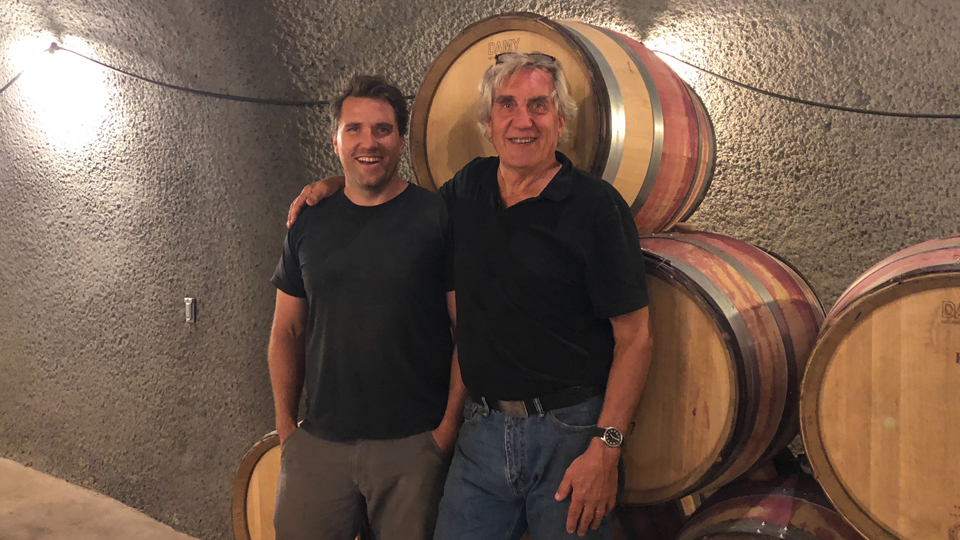 Alex and John Kongsgaard, seen in their cellar on Atlas Peak, made a range of superb 2016s and 2017s

A discussion of the 2017s inevitably brings up a wide range of emotions, and frankly, a level of angst I have not seen in Napa Valley since 2011. Back then, winemakers were stressed out about unusually cool, wet conditions in most parts of the valley and a wide range of other maladies many had never seen before, including fast-spreading botrytis in red grapes. Two thousand seventeen was, of course, a totally different animal. After a very wet winter, temperatures soared and stayed higher than normal. Some weather stations recorded more than 30 days with temperatures over 100 degrees. A brutal heat spike around Labor Day was both longer and much more dramatic than predicted. The outbreak of several devastating fires in October, in the middle of harvest, wreaked havoc on a scale never seen before. 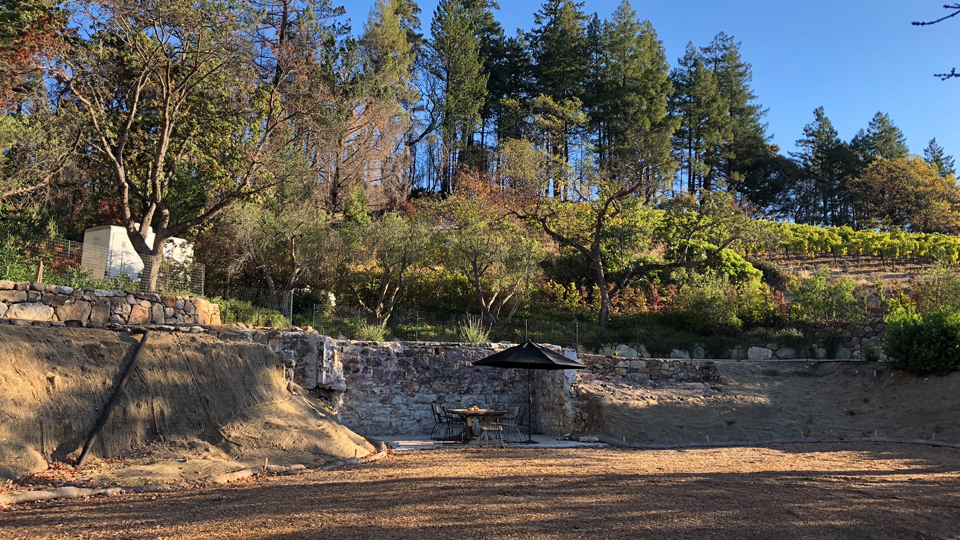 Mayacamas today. The table is in the same location as the table where I always reviewed the wines, while the little alcove that remains once housed a small collection of older vintages

Although 2017 will be mostly remembered for the October fires, the heat and specifically the one around Labor Day is a much bigger marker in the wines, as I have written before. Winemakers and viticulturists watched as Brix levels actually receded, something that is extremely unusual. Some estates harvested, others waited, and some of the very early pickers already had grapes in the cellar. And then, of course, the fires happened. Wineries equipped with generators and other technology were able to work through the worst of it. Some facilities were crippled from an operational support, and wines were compromised. In other cases, winemakers took quite a bit of personal risk to make their wines, but using much a more artisan and rudimentary manual approach than is the norm today.

And what about the wines? Leaving aside wines that are clearly smoke-tainted, I found much to like in the 2017s. In fact, where the wines are sound, 2017 has the potential to be better than 2015, a year where many wines are penalized by harsh tannins. In tasting, the 2017s show very ripe red-fruit flavor profiles. But what is fascinating is that the 2017s also have bright acids and more tannin than normal, a combination that is highly unusual. But there is also a great deal of uncertainty around smoke taint. A number of producers chose not to show 2017s, as they are still working on blends. That is certainly understandable. Needless to say, it will be interesting to see where things stand a year from now. For the time being, I can say I like the best 2017s quite a bit. For a more in-depth discussion of growing conditions and smoke taint, readers might want to revisit my article 2017 Napa Valley – First Impressions. 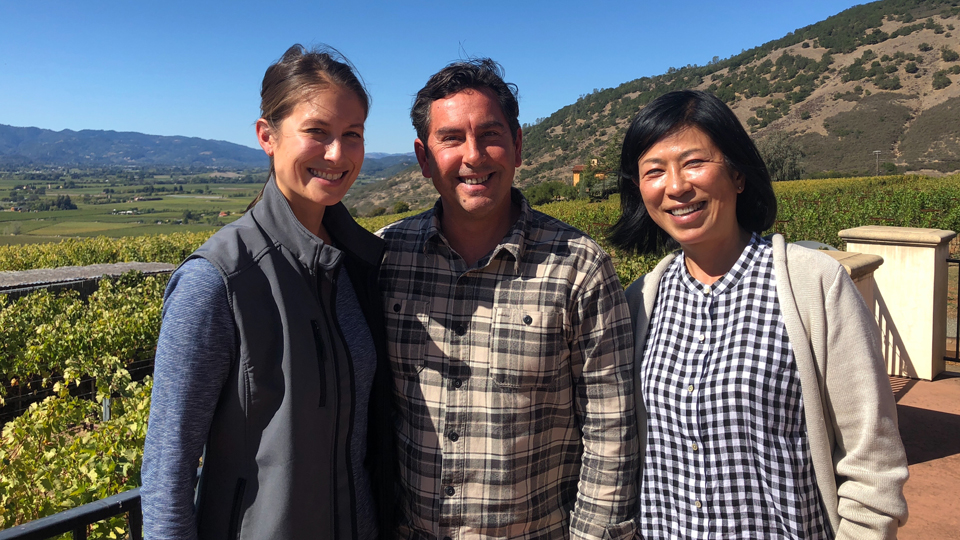 I tasted most of the wines in this article in September and October 2018, with additional tastings in my office. Because of the very large size of this article, we have divided coverage into two parts, the second of which will be published next week. There is no qualitative difference between estates covered in Part One or Part Two, in fact many top Napa Valley estates are featured in next week’s installment.

Multimedia: On the Road In Napa Valley - Harvest 2017

Multimedia: On the Road In Napa Valley - Harvest 2016