January always means a stream of new releases from Sonoma and neighboring appellations. As we have done in the past, this year we present our Sonoma coverage in a series of installments.

Before we get into the wines, I think a few things are worth mentioning, especially given we are living through a moment in time in which the pace and shock of events can stretch the perception of time such that something that happened last month feels like it happened years ago.

Sonoma has been through a brutal period over these last few years. In 2017, the Tubbs Fire was shocking in its devastation. I had never seen anything like it, from residential neighborhoods that looked like they had been carpet bombed to rural properties that smelled like burn for many, many months after. Although locals are hesitant to talk about it much, the truth is that the hospitality industry, meaning hotels and restaurants, in wine country (including Napa) never fully recovered. Just two years later, the Kincade fire threatened communities once again, forcing evacuations and closing towns for a number of days.

Sadly, the worst was yet to come in 2020, when a series of wildfires caused an unprecedented amount of damage while the world grappled with the COVID-19 pandemic. Many producers, including those Vinous readers seek out each and every year, will bottle little or no wine. Today, the fear is of a repeat event. “We will find a way to get past 2020,” a highly respected producer told me recently. “But if we have another year like that we might not make it.”

Add to that the lack of sales in tasting rooms and the near-total closure of the restaurant sector where so many of the most coveted, small-production wines usually sold and it is easy to see that the current economic environment for wineries is just brutal.

Most of the Sonoma wineries Vinous readers follow are small operations, often family-run. So many top winemakers here are young and just getting started. Their passion and enthusiasm are an integral part of what makes Sonoma such a dynamic region. These are incredibly challenging times for all of them. Regardless of what the reviews in this article say, I hope Vinous readers who are able to will heartily support Sonoma’s artisan winemakers. 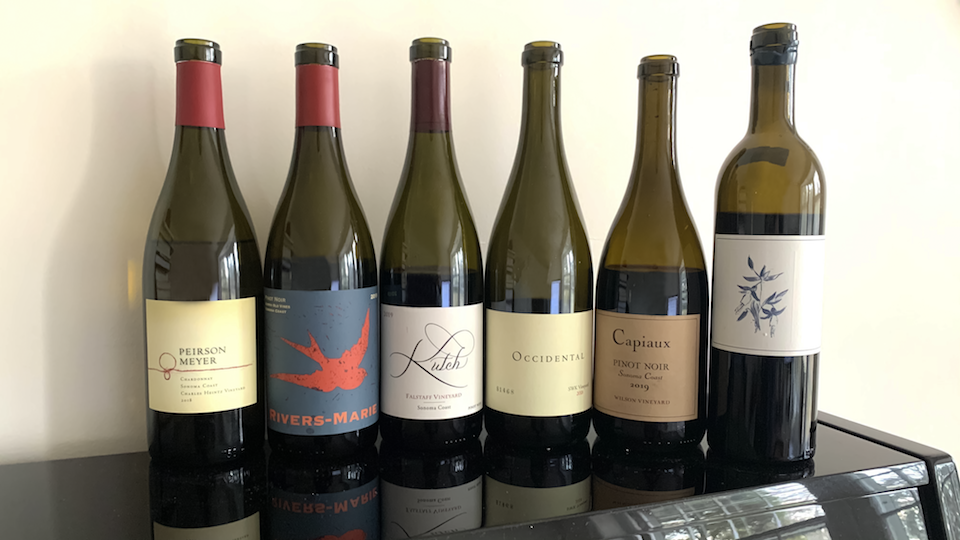 It’s always so exciting to taste the new vintage each and every January. The calendar turns and everything is new. Like the year prior, 2019 was a cool year. There was a bit of rain in May and a few heat events later in the season that seem to have affected some varieties and areas more than others. Of course, it is always impossible to generalize with Sonoma, as the appellation encompasses many regions and grape varieties. For now, I can report that the 2019 whites I have tasted so far are brilliant. The wines have energy, depth and remarkable balance. For reds, things look a bit more mixed. Zinfandel, a thin-skinned variety, shows some signs of bloat, while the Pinots are nervy and tightly wound relative to the more exuberant 2018s. I will have much more to share once I taste more wines.

Sonoma remains an extraordinary region to explore for its breathtaking diversity of micro-regions, sites and wines. As we went to press, Burgundy's highly respected Faiveley family announced their acquisition of Williams Selyem, in my mind the most visible name in Sonoma and perhaps the Unites States for Pinot Noir. It's an important moment that may very well be a catalyst in raising the perception of Sonoma Pinot Noir around the world.

For the first time in a decade, I was not able to travel to Sonoma in January and will taste all the wines for this report in New York. The best way to stay up to date as we add reviews is to have the Vinous app installed, with notifications enabled.

Exploring The Best New Releases from Sonoma and Beyond, Antonio Galloni, May 2019