Recent vintages in Paso Robles have been exceptional, quality-wise, but an extended drought has slashed fruit yields between 25% and 50%, resulting in a classic “good news, bad news” situation that is driving producers and wine lovers nuts.

A third consecutive year of drought in 2014 extended Paso Robles’ losing streak for production, with yields off by up to a third of normal. Happily, quality was excellent, for both white and red varieties. The vines got off to a fast start following a warm, dry winter and then stayed ahead of their normal maturing cycle through the summer and harvest. Both clusters and berries were small, making for high skin-to-juice ratios and thus even more concentration than normal. Because of the uncommonly early budbreak, the grapes enjoyed an exceptionally long growing season, depending on grape-growers’ whims regarding harvest times. Fans of full-throttle wines will find plenty to like from Paso Robles in 2014, although sourcing the wines may prove to be more of a challenge.

Much to the dismay of growers, 2015 also yielded a short crop. Production in yet another drought vintage was down by 50% of normal, in some vineyards even more, according to John Alban and Jason Haas of Tablas Creek. So don’t expect the most sought-after wines to become any easier to find in what is increasingly an overheated market for the best Paso Robles wines. 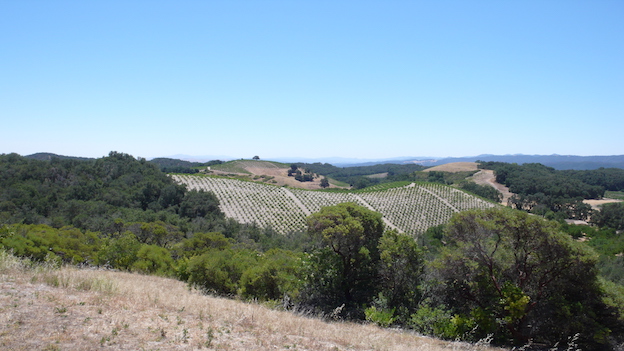 Hillside plantings of Zinfandel in the Willow Creek District

The Pursuit of Finesse

While growers in the Paso Robles area are blessed with a climate and geographic location that ensure mostly predictable, malady-free growing seasons, producers do have hurdles to surmount-namely heat, blazing sunlight and drought. Growers in the region pay particular attention to canopy management in an effort to keep their fruit well shaded and as cool as possible throughout the season and especially in the weeks leading up to harvest. As a testimony to the extreme temperatures experienced by the vines, during my annual visit to the region, which took place in late June and early July, temperatures were usually in the 100-degree range or even higher, with little to no cloud cover—in other words, a pretty typical week of early summer in Paso Robles.

The success that more and more producers in the region have had in reining in excessive fruit ripeness has become obvious with each successive vintage, based on my extensive tastings of these wines in recent years. While nobody will ever accuse Paso Robles of making wimpy wines (hardly a possibility as many of these wines cruise up to and beyond 16% alcohol), the best bottlings combine richness with a subtle frisson of juicy freshness. That is especially the case with wines made from sites on the west side of the region. The relative proximity of these vineyards to the Pacific Ocean and its cooling winds as well as a greater concentration of limestone-rich soils set these wines apart from most of those made from grapes grown on the east side of Highway 101, where temperatures are regularly set to full broil during the summer. 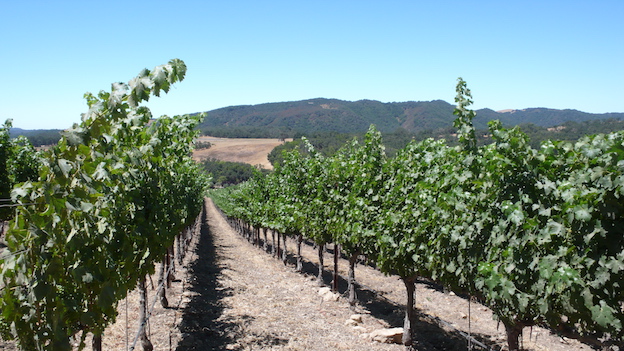 Prior to the ascendance of Rhône varieties in the late 1990s, Bordeaux grapes, especially Cabernet Sauvignon, dominated vineyards in Paso Robles. Frankly, many of the wines were a challenge to drink, as the fruit was often either harvested before it had reached optimal ripeness (in an attempt to preserve acidity) or just too late for much freshness to remain. Fortunately, growers since then have gained experience in the vineyards, as noted above, and recent vintages have produced increasingly successful examples of Bordeaux-inspired wines, many of which can compete with top-drawer bottlings from Napa. They don’t come cheap, of course, but compared to many of their northern cousins pricing is often downright reasonable.

Paso Robles is currently one of the hottest regions in California, and it’s not just the weather. While there were just a relative handful of highly ambitious wineries here at the turn of the century, that number has been growing steadily, with new producers like Clos Solene, DAOU, Desparada, Ledge, Aaron, The Farm, Law and Turtle Rock recently making their mark. In addition, established producers such as Adelaida, Lone Madrone, Halter Ranch and Jada have significantly stepped up their games and must now be counted among the Central Coast’s best wineries. The region’s burgeoning wine scene can only mean increased pressure on all producers in the area to keep up with a growing number of leaders, which is excellent news for everybody, especially consumers. 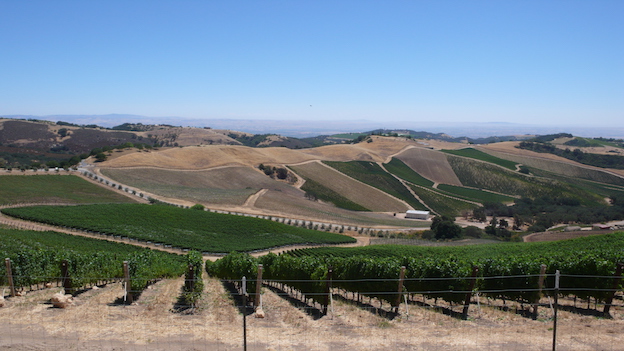 The view from DAOU's hilltop winery in the Adelaida District

Paso Robles is in the midst of a boom in wine tourism, fueled by the increasing number of quality-minded wineries and a burgeoning culinary scene. I wish that I could report that the lodging situation in the region has been on as positive an upswing as the wine and food scene here but, alas, that isn’t the case. Aside from a few swanky spa/resort options and the presence of a handful of national chains (and mostly their entry-level brands at that), this is still the domain of roadside motels. This wouldn’t necessarily be so bad in itself, but because of robust demand the prices for these joints are often ridiculously high and well out of line with the few amenities offered. While I heartily encourage wine lovers to take advantage of Paso Robles’ relative ease of access from the Bay Area and Los Angeles, careful planning is essential for a trip here or one may wind up bunking down in a dingy, overpriced no-tell motel in a dodgy section of town.