Justin Willett’s acquisition of the iconic Fiddlestix Vineyard is sure to make waves for many reasons. For over a decade Willett's superb wines at Tyler have placed him in the upper echelon of Santa Barbara producers. With this investment Willett sends a strong message that the future of Tyler is very much as an estate winery in the Sta. Rita Hills and makes him one of the biggest advocates of the appellation. At Fiddlestix, Willett leads a team with partners Erik Mallea and Todd Gray of Willett-Mallea Farming and entrepreneur/wine lover William Borgers.

“We see ourselves as stewards of this land,” Justin Willett told me recently. “When Kathy Joseph planted the ranch there were just three other vineyards in the vicinity: Sanford & Benedict, Lafond and El Jabali. Obviously, things are very different today. Our goal is to provide exceptional fruit, not just for me at Tyler but for a number of similarly minded winemakers,” he added. Plans include a conversion from sustainable to fully organic farming and a rebalancing of the vineyard to include more Chardonnay as blocks on the eastern side of the ranch will be redeveloped in the coming years. 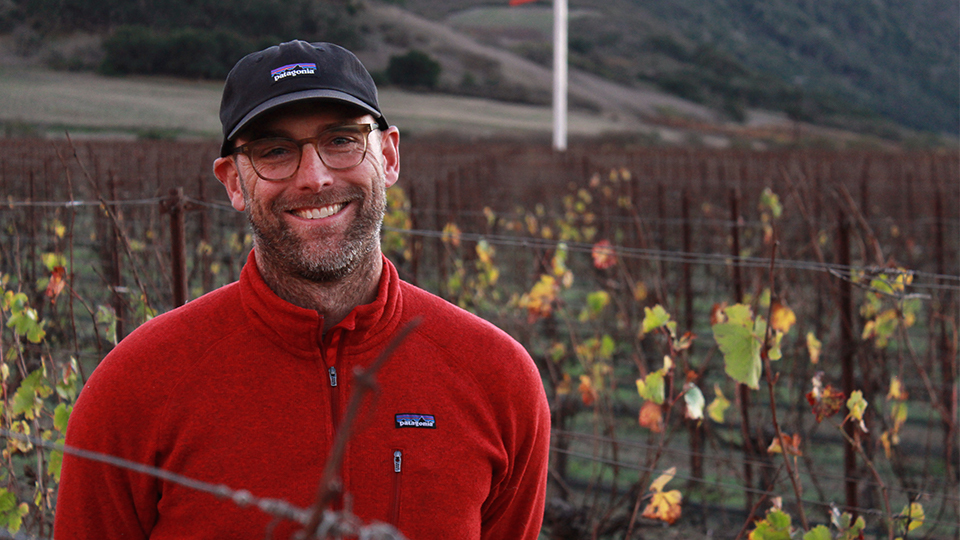 Justin Willett at Fiddlestix on a late fall afternoon.

First planted in 1996, Fiddlestix is one of the most iconic vineyards in the Sta. Rita Hills. The property was originally granted to the Cota family by the Mexican government in 1913 as part of Rancho Santa Rosa and was used at various times to raise sheep and farm flowers. Fiddlestix is nestled on the Santa Rosa Road Corridor, a breathtaking stretch of land that includes vineyards on both sides of the road and those just across the way from the Santa Ynez River, starting with Rio Vista to the east and winding west passing sites such as El Jabali, Eleven Confessions, Sanford & Benedict, La Rinconada, La Encantada, Sea Smoke and Fe Ciega before arriving at Bentrock and Radian on the far western side of the Sta. Rita Hills. There are presently 100 acres under vine, almost all of it Pinot Noir, spread across 32 blocks. Over the years, Fiddlestix has informed wines from an elite stable of wineries including Dragonette, Fess Parker, Hartford Court, Etude and founder Kathy Joseph's own Fiddlehead Cellars. 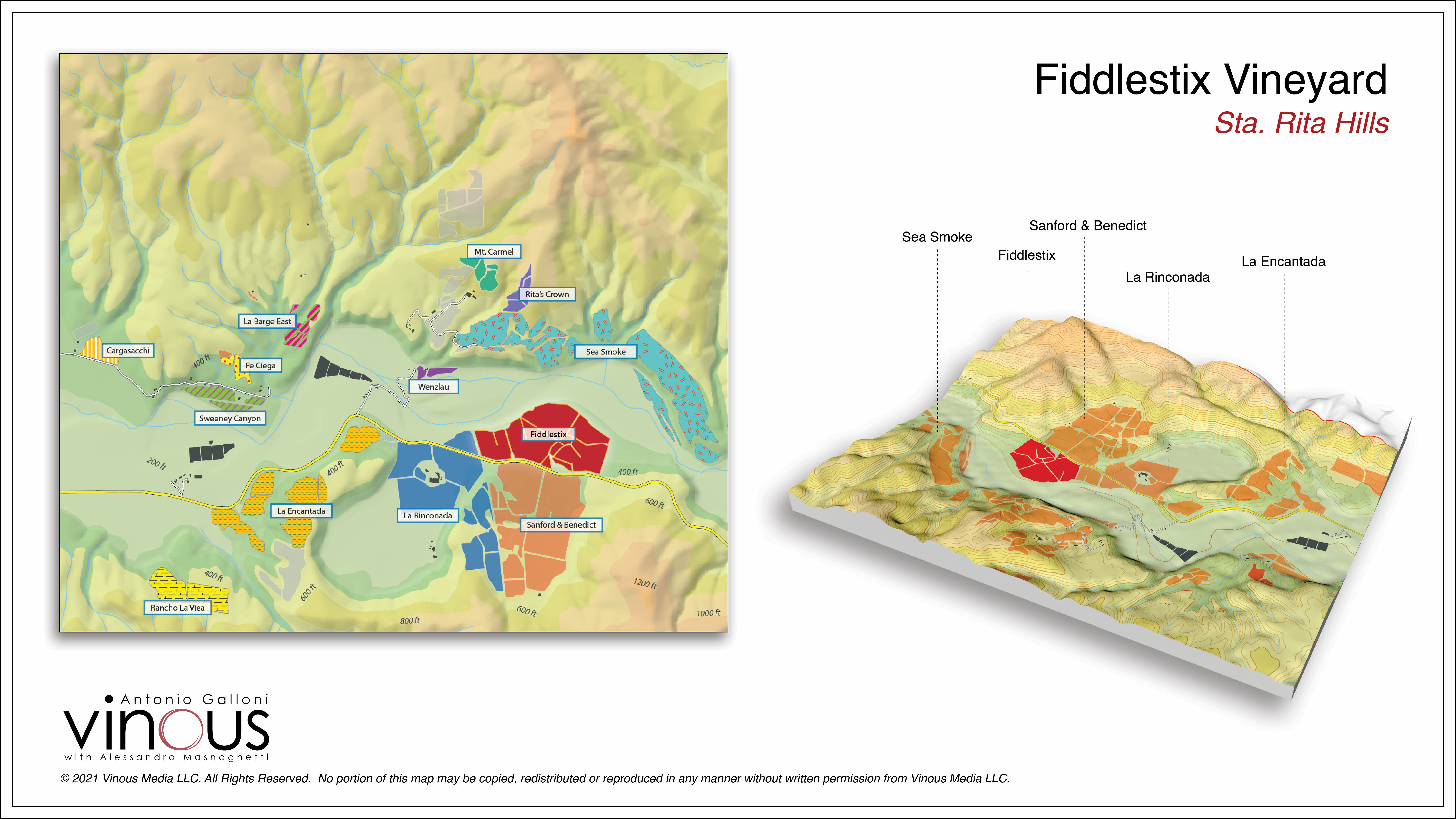 Fiddlestix and its neighbors on the Santa Rosa Road Corridor as seen in the forthcoming Vinous Map The Vineyards of the Sta. Rita Hills by Antonio Galloni and Alessandro Masnaghetti.

The Fiddlestix acquisition is the latest in a series of new developments that makes the Sta. Rita Hills one of the most dynamic appellations in California today. Adam Tolmach of Ojai recently purchased Fe Ciega. Jackson Family Wines, Joe Wagner and Dave Phinney are among the heavy hitters with new vineyards here. The Hilt’s just-opened, state of the art facility elevates the entire region. Sine Qua Non’s new winery, not too far away, is in the midst of construction, while Willett’s own winery at Mae Estate, on the Highway 246 Corridor, is set to break ground in 2022.