John Shafer, who was then in the publishing business, bought this estate in Stags Leap in 1972 and moved here the following year. Shafer was not “a wine guy,” according to his son Doug Shafer; he had come to check out Napa Valley as an investor and was specifically looking for hillside vineyards. The 230-acre property, located just outside the Silverado Trail, included 30 acres of 60-year-old vines—“a messy field blend,” according to Doug—and Shafer went about replanting everything. He also began planting the hillsides. The Shafers now have 55 acres of vines on the estate plus another 170 in their sites a bit farther to the south (in Stags Leap and Oak Knoll) and in Carneros.

Shafer had to dynamite huge boulders to prepare the steepest upper vineyard for planting, and this south/southwest-facing parcel was quickly named “John’s Folly.” The Hillside Select bottling is a barrel selection from the estate’s hillside vineyards. John’s Folly was the original source for the Hillside Select and, along with the west-facing Sunspot, is still the core of the blend.

John Shafer made the first vintage here in 1978, then constructed a winery in 1980, bottling Chardonnay, Zinfandel and Cabernet Sauvignon that year. After attending UC/Davis, Doug Shafer came to Napa Valley in 1982, working short stints at a couple of wineries before joining his father in 1983, when he made his first vintage. Elias Fernandez began working here in 1984, literally days after he graduated from UC/Davis. After assisting Doug Shafer until 1990 and serving as co-winemaker for the next four years, he became the sole winemaker in 1994, and was also given the responsibility of overseeing the Shafer vineyards, with Doug becoming president. 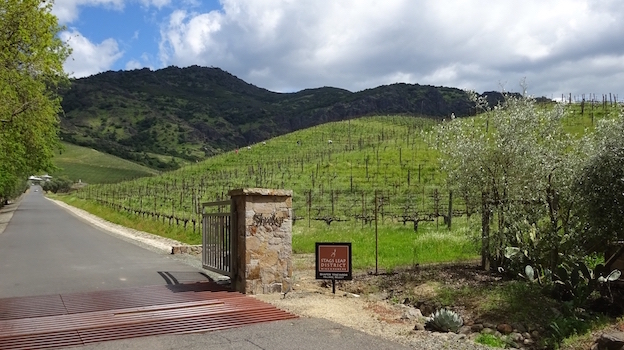 A Rocky Start, then a Breakthrough

The early vintages of Shafer’s flagship Cabernet (it was not actually labeled Hillside Select until the 1983 vintage) were somewhat pinched wines in the polite, moderately ripe “food style” of the time. Their sensual appeal was further diminished by sterile filtration and obvious acidification. The Shafers had mercaptan problems with their 1984 and 1985 vintages, both of which had to be rebottled prior to release. They brought in consulting enologist Tony Soter during 1987 and 1988, and he coached them on how to harvest by taste rather than strictly by the numbers. Still, it was a few more years before the Shafers made their first seriously good Cabernet. “By 1988 we had a good idea of what we wanted to do,” said Doug Shafer, “but the weather didn’t cooperate that year or the next. We tried doing a bigger extraction but we weren’t getting the big tannins that, say, Howell Mountain provides. I wanted to be like Bo [Barrett at Chateau Montelena] and like Mayacamas, but our tannins are naturally mouthcoating and supple. We were not yet confident in our work.”

Nineteen eighty-nine was the first year that Shafer drastically reduced acidification and stopped sterile-filtering the Hillside Select but Shafer refers to more favorable growing season of 1990 as “the first vintage of the modern era” at the estate. Said winemaker Fernandez: “Today we don't use acid simply to lower the pH but rather to make the wine balanced based on taste regardless of where the pH falls.” Since 1989, he noted, the pHs of the finished wines have normally been in the range of 3.58 to 3.68—on the low side for rich, ripe Napa Cabernets but a bit higher than the earlier vintages.

Since the beginning of the ‘90s, the Shafer Hillside Select has consistently been one of Napa Valley’s richest, deepest and most hedonistic Cabernets, as well as an outstanding example of its distinctive Stags Leap District appellation. 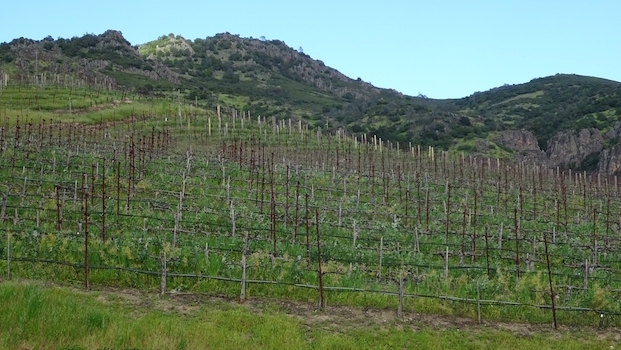 The Characteristics of the Site and the Wine

Shafer’s home estate features 12 to 24 inches of volcanic topsoil over shale and weathered bedrock. The vineyards in this craggy amphitheater in the Stags Leap palisades enjoy sunny south to west exposures, flowering and ripening early. Shafer describes the site as “mild to warm, not hot like St. Helena and Calistoga,” noting that it benefits significantly from late-afternoon sun but that temperatures in summer are moderated by cooling afternoon breezes from the San Pablo Bay. The soil here features low moisture retention, and vine density ranges between 800 and 1,000 plants per acre. Owing to small clusters and small berries, the average yield is just two tons per acre. Production of the Hillside Select is normally between 2,000 and 2,400 cases per year.

The early vintages were aged in 35% to 50% new oak but beginning with ]2000 the Hillside Select has spent 32 months in 100% new oak (all Allier and Tronçais, with preferred coopers including Taransaud, Sylvain, Bel Air and Séguin-Moreau ). The wine is held back in bottle for at least a year prior to being shipped and, according to Doug Shafer, “always tastes good on release, with a rich, sweet core of juicy fruit and soft tannins.” Typical aromas and flavors include dark fruits, spices, wild herbs, underbrushy soil tones and bitter chocolate. Interestingly, winemaker Fernandez expressed the opinion that the Hillside Select wines age in a linear fashion. “When they shut down, they don't usually come back,” he said, adding that he’s a bit mystified by the 2006 vintage, “which took forever to develop in the cellar and has always been tight and tannic.” 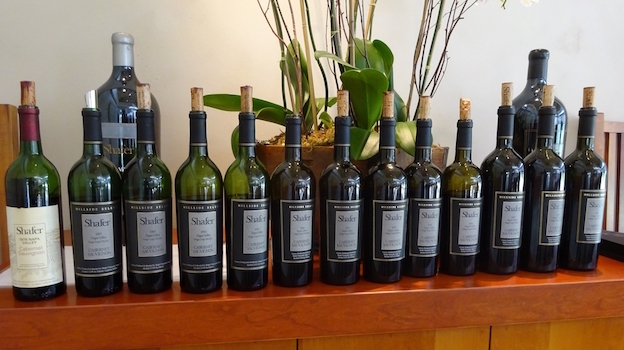 The first half of the Hillside Select vertical

Is this Classic Napa Cabernet or What?

Although the Hillside Select has long enjoyed a rabid following, and has been one of Napa Valley’s most consistently outstanding Cabernets over the past two decades, not everyone is in love with the style. Some drinkers with Old World palates find the wine too ripe, too sweet, too oaky, too overwhelming at the dinner table (one Vinous subscriber described it as “the quintessential blueberry milkshake”). Certainly, alcohol levels have climbed steadily over the years, from the high 12s in the early years to the mid-15s today, but then that’s true for most of Napa Valley’s high-end collectible wines. For his part, Doug Shafer says that he likes to keep "some good raisins—the ones that are sweet and juicy.” Again, this approach is hardly out of the mainstream. Hillside Select is not made in a Médoc style but I could make the case that it’s the quintessential Napa Cabernet.

I tasted all of the wines reviewed in this article at Shafer Vineyards in March.  For a lot more detail about the Hillside Select, please view my interview with Shafer and Fernandez.