The spirit of sharing and camaraderie the world’s best wines inspire was in evidence at La Festa del Barolo, where I was fortunate to enjoy a range of emotionally moving, transcendental wines.

Well, the irony is that La Festa del Barolo’s Gala Dinner has been a great success in its two editions so far, but because I am working, I mostly live through the vicarious pleasure of others!  These are some of the many wines I tasted, but they represent just a small subset of the eye-popping bottles I saw crossing the room on what turned out to be a truly unforgettable night. Readers who missed La Festa del Barolo might enjoy this short video I shot with Del Posto owner Joe Bastianich prior to the Gala Dinner. In addition, all of the videos from the afternoon tasting are available here. 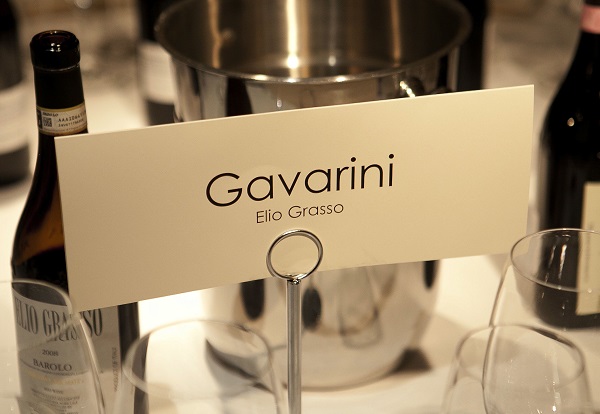 Each table is named after a Barolo vineyard

From the beginning, it is clear that the Gala Dinner is going to be amazing. It has been two years since the last Festa del Barolo, and the vibe in the room is positively electric. Even though it is La Festa del Barolo, Champagne always makes a welcome guest appearance. I am thrilled with the two wines we have chosen to serve during the cocktail hour. Vilmart’s

2004 Coeur de Cuvée 1er Cru is vibrant, chiseled and drop-dead gorgeous. I love the energy here. The 2002 Dom Ruinart is quite a bit more extroverted and boisterous in style, with terrific richness, body and resonance. What a beautiful Champagne this is. I have been fortunate to drink the 1982 Krug Vintage on a number of occasions recently. This is another epic Champagne from Krug right in the middle of its prime drinking window. 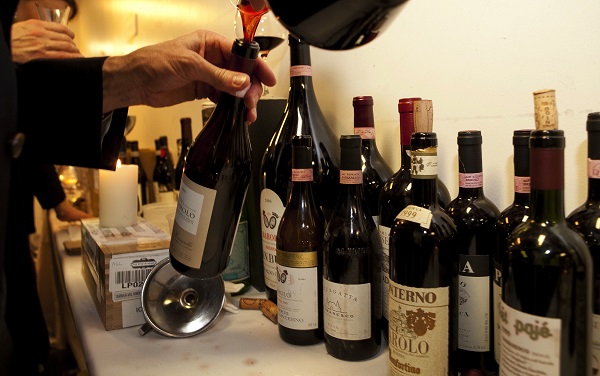 Getting the wines ready backstage

It is a real pleasure to share three of the Selosse lieu-dit Champagnes (all 2012 disgorgements) with guests at the Vinous table. Anselme Selosse’s NV Le Mesnil-sur-Oger Les Carelles is a real stunner. A Champagne that takes over all the senses, the Carelles is pure pleasure from the very first taste, and the finest of these three wines. The NV Ambonnay Le Bout du Clos Grand Cru is a close second. I adore the intensity and power of Ambonnay. Even though I have never loved the NV Mareuil-sur-Aÿ Sous Le Mont I bought a few bottles to follow the evolution of the wine. Well, I am still not enamored. What can I say? 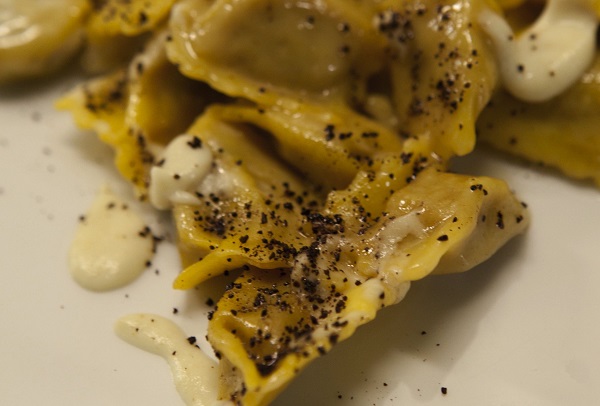 I am happy to see Bruno Giacosa’s 1999 Barbaresco Santo Stefano showing so well. This has never been a great vintage for the Santo Stefano, but the 1999 remains fresh, perfumed and nicely balanced. Giuseppe Rinaldi’s 1999 Barolo Brunate-Le Coste is gorgeous on this night, with a combination of aromatics, fruit and structure that makes the best wines from this vintage so appealing.

Bruno Giacosa’s 1990 Barbaresco Riserva Santo Stefano is a great example of the vintage. Expressive and wonderfully immediate, the 1990 rushes across the palate with an exotic and beguiling array of aromas and flavors, all with that extra bit of 1990 volume that makes this vintage so appealing. The 1989 Barbaresco Riserva Santo Stefano is like a drug. Impossibly sweet, layered and silky on the palate, the 1989 is firing on all cylinders today. This is just about as good as it gets. Bruno Giacosa’s 1989s are among my favorite wines from anywhere in the world. 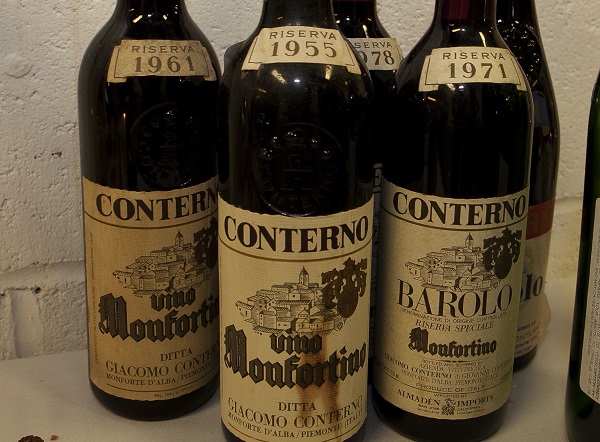 A handful of reference-point, epic Barolos from Giacomo Conterno

Brovia’s 1982 Barolo Rocche dei Brovia provides fascinating insight to a period in the estate’s history when the wines were often excellent, but not as consistent as they are today. Endowed with terrific overall balance, the 1982 is layered, expressive and striking in its beauty, with gorgeous fruit and impeccable class. Bartolo Mascarello’s 1985 Barolo (from magnum) is fabulous. This is one of the better magnums of the 1985 I have tasted. Most other examples have shown some signs of tiring, but this magnum is fresh, powerful and absolutely gorgeous. Luciano Sandrone’s 1985 Barolo Cannubi Boschis blossoms on the palate with expressive aromatics and layers of fruit, both supported by silky tannins. An early masterpiece from Sandrone, the 1985 is peaking today. I don’t imagine it will improve much from here, but it is stunning right now. 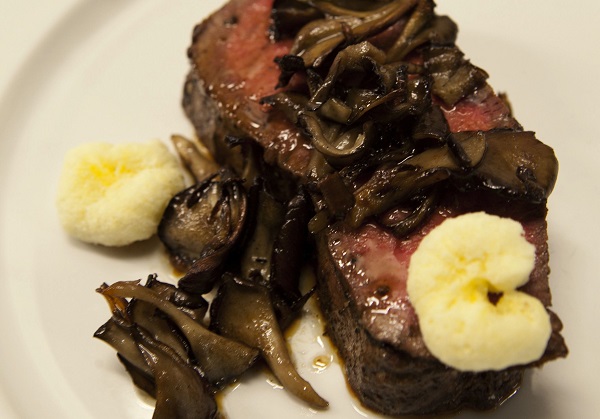 What is this, I think as I am handed a glass. Aldo Conterno’s 1988 Granbussia in magnum is the reply. Wow. What a wine. Still powerful, young and structured, the 1988 simply dazzles with its pure density. I have always considered the 1989 the greatest Granbussia, but the 1988 makes a very strong argument to be included in that conversation. The 1999 Granbussia almost certainly suffers from following such an iconic wine in the 1988. In this context, the 1999 comes across as a relatively delicate, forward Granbussia with mid-weight structure and solid overall balance. 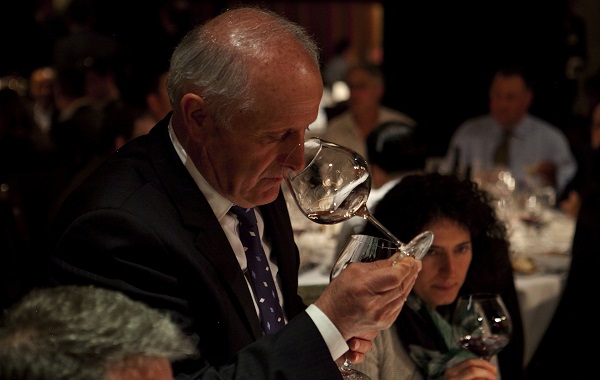 Conterno’s 1999 Barolo Cascina Francia is one of those wines that continues to grow with time in bottle. A classic bouquet of rose petals, tar and minerals graces the palate in a Barolo of pure and exquisite pleasure. Frankly, I wish I owned more of the 1999. Tonight it is sensual, layered and absolutely impeccable. The 1990 Barolo Cascina Francia comes across as much more classic and old-school next to the 1999. Layered and expressive, the 1990 also shows some slightly frayed edges. This is a very good bottle, but not the most perfect example I have had. Conterno’s 2002 Barolo Riserva Monfortino is surprisingly open for a young Monfortino, something that has come through in several recent tastings. Perhaps that is the result of the extra year in barrel Conterno gave the 2002. Regardless, tonight the 2002 is rich, powerful and deeply expressive. The 1999 Barolo Riserva Monfortino, on the other hand, is a wine for the future. Massively constituted and tannic, the 1999 impresses for its super-classic personality. If I had to choose a modern-day Monfortino that might one day develop into something like the 1971 and/or 1978, the 1999 (along with the 1996) would be at the top of my list. 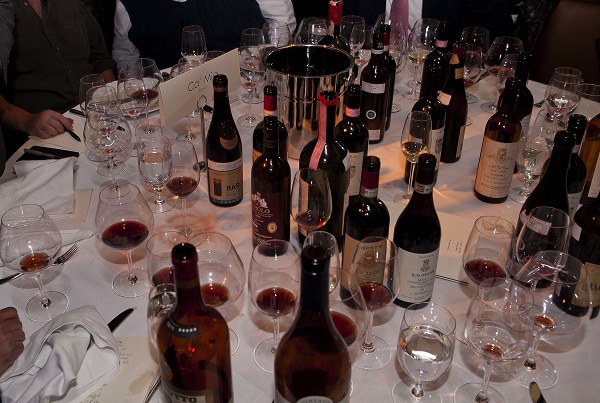 An embarrassment of riches

Thanks to the incredible generosity of friends I have an opportunity to revisit two of the greatest Barolos ever made. Bruno Giacosa’s 1978 Barolo Riserva Collina Rionda is second only to the celestial 1989. Here it is the wine’s structure and depth that impress above all else. The 1978 remains one of the greatest wines of Giacosa’s career. The 1971 Barolo Riserva Rocche di Castiglione is one of the few wines that can stand up to the 1978 Rionda. Sweet, perfumed and impeccably silky on the palate, the 1971 Rocche is beyond stunning and beyond words. What a privilege it is to taste this mesmerizing, breathtaking Barolo. 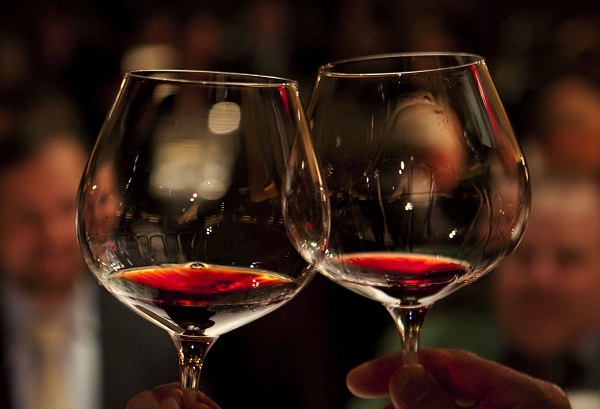 Looking forward to the next Festa del Barolo

I would like to thank the entire staff at Del Posto for pulling off a fabulous evening. Executive Chef Mark Ladner and his team did a brilliant job with the menu. Wine Director Jeff Porter oversaw a team of sommeliers drawn from the country’s top restaurants. Between the afternoon tasting and the Gala Dinner the demands on the sommeliers were significant, but everything came off without a hitch. As I surveyed the room at the end of the evening, I think it is pretty safe to say that nowhere else in the world were so many of Piedmont’s iconic wines opened than at La Festa del Barolo.