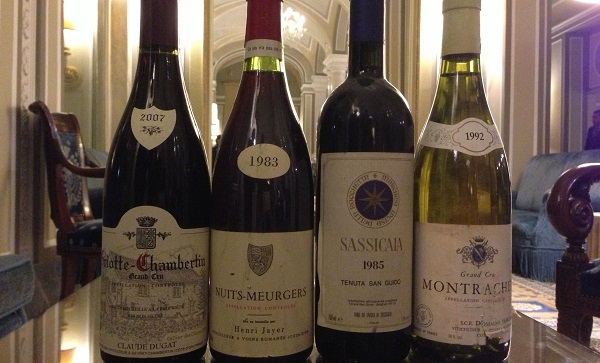 Risotto with saffron and porcini mushrooms

Pigeon breast and leg with foie gras, vegetables and dates

I have enjoyed a number of spectacular meals at the Villa d’Este over the last few years, but this was arguably the finest. The Gala Dinner that concluded the 2013 edition of the World Wine Symposium was a culinary tour-de-force from Executive Chef Michele Zambanini and his team. Look at the menu. Preparing risotto and chocolate soufflé for more than 200 people is either an act of suicide or supreme confidence. In this case, Zambanini and his team came through with flying colors. Everything was utterly delicious. The food and service could not have possibly been better. It’s as simple as that. The wines were pretty amazing, too.

Trimbach’s 2007 Riesling Clos Sainte Hune, one of my personal favorites, is a great wine to kick off the night. Endowed with total symmetry and a seamless personality, the 2007 is fat, rich and explosive from the very first taste. Bright citrus, white flowers and mint notes emerge from the glass, but the 2007 needs to lose some of its baby fat before it starts to shine. Today it is very pretty, but also quite young. Ramonet’s 1992 Montrachet is one of the greatest wines I have ever tasted. Layers of flavor build to an exciting crescendo that takes over all of the senses. Rich, resonant and viscous on the palate, the 1992 Montrachet represents the truest essence of what makes Montrachet so compelling. The explosive finish keeps me coming back for another taste. This is a great, great showing. 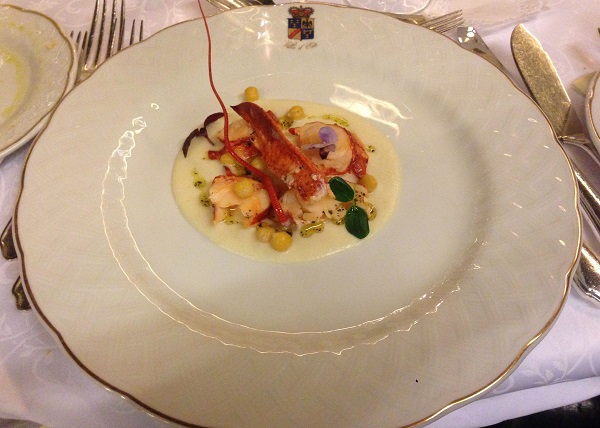 The 2004 Barolo Riserva 10 Anni Fossati Case Nere from Roberto Voerzio shows all of the qualities that have always made this vintage so appealing; expressive aromatics, nuanced fruit and silky, totally finessed tannins. A wine of texture, the 2004 is at least a few years from showing all of its cards, but it is strikingly beautiful all the same. Giuseppe Rinaldi’s 2008 Barolo Brunate/Le Coste is surprisingly open and expressive for such a young Barolo. The intensely perfumed bouquet is a total turn on, especially for the Burgundy lovers at our table. Hard candy, plums, rose petals and violets all grace the palate in an exquisite Barolo loaded with class and finesse. What a gorgeous wine this is. 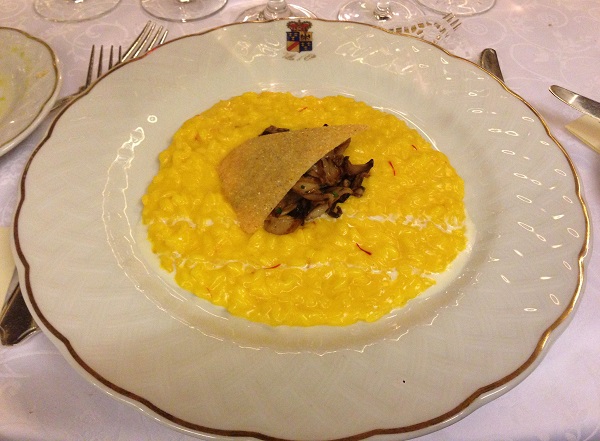 Risotto with saffron and porcini mushrooms

Vega Sicilia’s 2008 Tinto Valbuena 5 Anos is compelling. A young, intense wine, the 2008 is going to need significant time to fully come together, but it boasts superb depth, persistence and a total sense of harmony. Hints of cedar, tobacco and sweet spices wrap around an intense core of dark fruit. Jadot’s 2001 Corton Pougets is beginning to show the early signs of tertiary complexity and nuance. Today, the 2001 is beautifully perfumed, lifted and gracious. 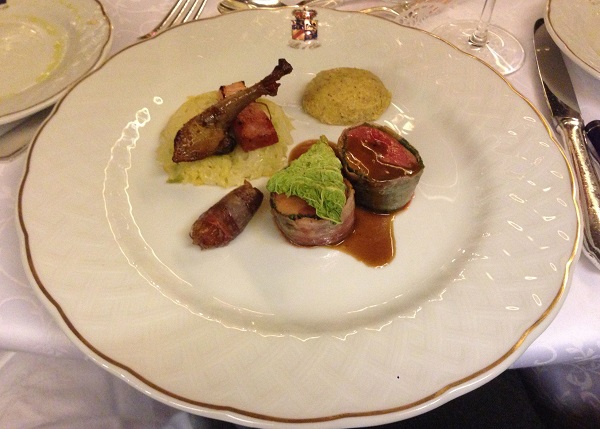 Pigeon breast and leg with foie gras, vegetables and dates

Both 2007 red Burgundies are exceptional. The 2007 Nuits Saint Georges Aux Lavières from Leroy is a wine of pure texture. Deep, rich and beautifully layered, the 2007 impresses for its depth and pure silkiness. Spice and tobacco nuances add complexity on the sensual, inviting finish. Claude Dugat’s 2007 Griotte Chambertin is impossibly beautiful. Sweet roses, the sweetest red cherries, plums and mint are all woven together in a fabric of nearly indescribable elegance and finesse. Still fresh and vibrant, the 2007 will drink beautifully for many years. Today, it is simply stunning. What a privilege it is to drink this extraordinary Burgundy. 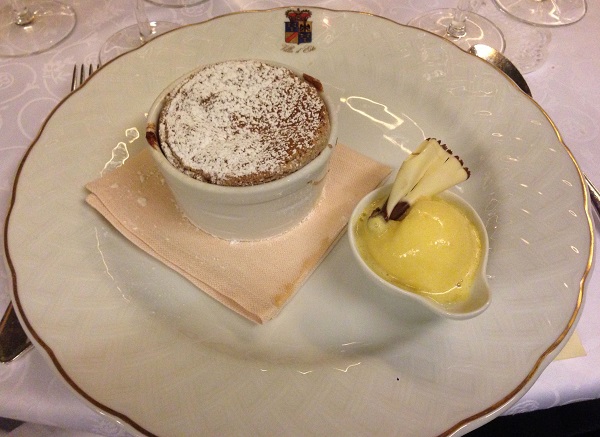 The 1985 Sassicaia is obviously an iconic wine. Still deeply colored, the 1985 is endowed with serious depth, gorgeous inner perfume and tons of pure textural richness. This isn't the greatest bottle of the 1985 I have had, but it is pretty close. The 1983 Nuits-Meurgers from Henri Jayer is now fully mature. Autumn leaves, sweet tobacco, crushed flowers and dried cherries are laced together in a soft, fully mature Burgundy that is perhaps a bit past its peak, but still quite pretty.

I was thrilled with the wines on this night, most importantly because they did what great wines do – create memories that last a lifetime.