Ann Colgin’s rocky east-facing Tychson Hill vineyard, just north of St. Helena on the west side of Napa Valley, has a long and celebrated history. It derived its name in 1881, when it was purchased and planted by Josephine and Joseph Tychson. Not long before that the land had been owned by Charles Krug, one of the pioneer winemakers of Napa Valley and founder of the eponymous winery. Following the suicide of her husband, who had suffered from tuberculosis, Josephine Tychson constructed a small winery in 1886 (she was the first woman in Napa Valley to build a winery, as well as one of the first female vintners). But her venture was short-lived, owing to the phylloxera epidemic that became established in Napa Valley in 1893 and led to a plunge in grape and wine prices. The vines were eventually pulled out during Prohibition and the property was sold off in parcels, with Tychson’s son and daughter-in-law moving into the original house following her death in 1939. 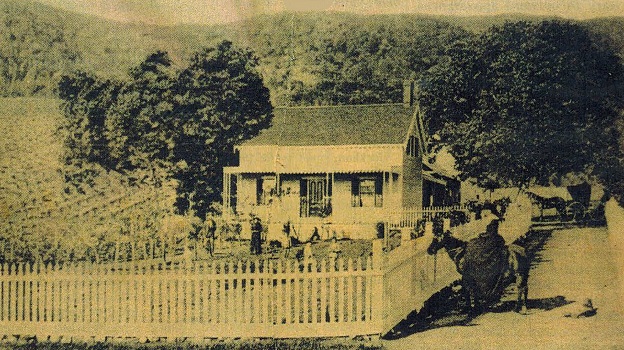 Enter Ann Colgin, who had established Colgin Cellars in 1992, producing her early vintages entirely from the Herb Lamb Vineyard in the foothills of Howell Mountain. In 1996, Colgin bought 2-1/2 acres of fallow land and the original home on Tychson Hill (the entire purchase was just under five acres) and hired superstar viticulturalist David Abreu to plant the vineyard the following year. Since then, Colgin has been actively seeking to restore Josephine Tychson’s original holdings. In 2007, she signed a long-term lease on 1.3 acres of land just above her property and planted mostly Cabernet Sauvignon, with bits of Petit Verdot and Cabernet Franc.

Then in 2012, Colgin bought a 1.8-acre adjacent property to the south, which she calls Josephine’s Hill, as it, too, was part of the original Tychson holding. The vines here were planted in 2014, also mostly to Cabernet Sauvignon but with small percentages of Petit Verdot and Cabernet Franc. Colgin most recently purchased another 0.6 acre just to the south of Josephine’s Hill, giving her the potential to produce wine from just over 6 acres of vines as soon as planting is finished and the new fruit comes onstream. 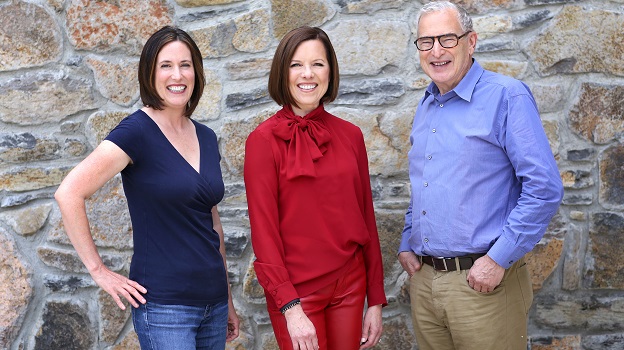 In the meantime, in 1998 Colgin and her husband Joe Wender significantly expanded their wine venture by purchasing a spectacular high-altitude estate on volcanic soil in the Pritchard Hill area overlooking Lake Hennessey. The 125-acre IX Estate now has 20 acres of vines planted, and in addition to making a powerful Cabernet it produces one of Napa Valley’s finest Syrahs (my notes on a vertical tasting of these wines last year are available here). The IX Estate bottlings were launched in 2002, and as of that year all of the Colgin wines were made at the new winery constructed on Pritchard Hill.

The IX Estate wines as well as Colgin’s Cariad blend (from three St. Helena vineyards owned by David Abreu) have gained rabid followings for their depth and power. But the Tychson Hill Cabernet is arguably her most “classic” and refined wine, as a sensational vertical tasting of this wine held in Colgin’s home on Tychson Hill last month made clear. The vineyard is planted on an unusual volcanic soil known as Aiken Very Stony Loam, to what Colgin calls “rockstar” Clone 4, the widely planted small-berried clone known for its consistent quality and its ability to accentuate the flavors of terroir wherever it is grown, plus the more “Old-World” Clone 337. Although the property is just off the valley floor on the western side of Highway 29, the vines are on a steep hillside that benefits from excellent drainage and from the cooler air that rolls down the hill. And of course the hills to the west protect the vines from the hot late-afternoon sun.  The result is typically a vibrant, delineated wine with a floral element, subtle earth notes, firm structure and polished tannins.

Another key to the quality consistency of Tychson Hill Cabernet is continuity in winemaking. Colgin has had three winemakers since the start: Helen Turley made the 1992 through 1998 vintages, Mark Aubert vinified from 1999 through 2006, and Allison Tauziet has been in charge since 2007. But Colgin emphasized that both Aubert and Tauziet served as assistant winemakers here for years prior to being promoted, so any changes they introduced were evolutionary, not revolutionary. “There was a lot of overlap among our winemakers and thus a lot of continuity,” said Colgin. Another source of stability has been the involvement of Dr. Alain Raynaud, who has owned several properties in Pomerol and St. Emilion, and whose family made wine in Bordeaux as early as the 15th century. Raynaud has served in an active consulting role since 2001, helping with the viticultural work and with blending the wines.

Colgin’s Cabernets have always been rich, glossy wines in a modern style, but they’re hardly the biggest wines in Napa Valley. In fact, she told me that her aim is to make feminine, elegant wines and it’s the Tychson Hill wine that comes closest to this objective. (Consultant Raynaud added that the team’s main goal has always been to focus on aromatic expression: “to have ripe but not overripe grapes.”) The addition of between 4% and 8% of Cabernet Franc and Petit Verdot beginning with the 2009 vintage has only added to the wine’s complexity and perfume without changing its essential character (“like putting eye liner on a beautiful woman” is the way Colgin described it). 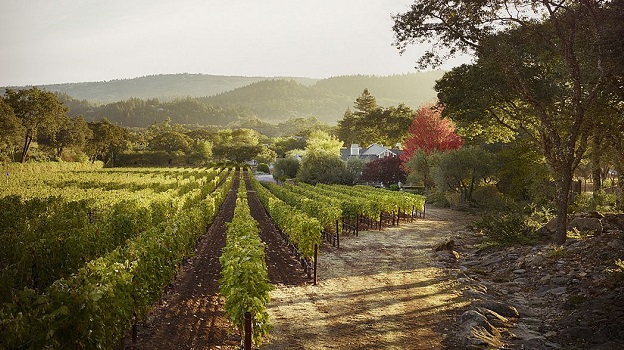 Tychson Hill in the evening light

The last few vintages of the Tychson Hill are just under 15% alcohol in bottle while most of those from the wine’s first decade were in the low 15s. Many wine fans—particularly those who have rarely if ever tasted the Colgin wines—lump them in with some other outsized, showy wines of Napa Valley and are convinced that they can’t possibly age like the wines of the good old days. But my tasting, which included all vintages back to the first one in 2000, indicated just the opposite.

The Tychson Hill bottlings are still remarkably young and full of life. The first three vintages are entering their windows of peak drinkability, and a few of the more recent vintages are wonderfully sexy today although several seem to be dominated at present by their structures. As a rule, these wines have more than enough density of material—and the balance—to support at least 20 to 25 years of bottle aging. The quality and structure of these wines are especially noteworthy given the young age of the vines. Incidentally, winemaker Tauziet noted that the recent introduction of cross-arm trellising has moderated the amount of direct sunlight on the grapes, thus allowing for better retention of acidity and fresher fruit, and perhaps partly explaining the slightly lower grape sugars. 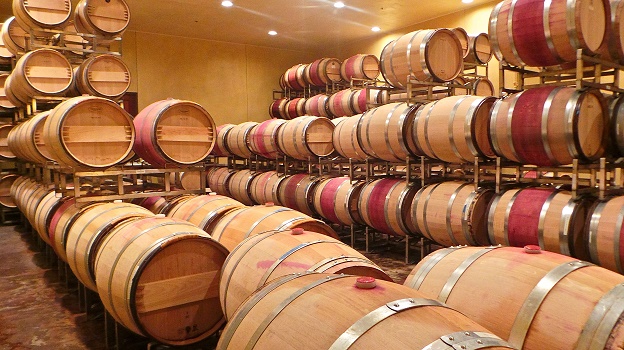 The Colgin cellar at IX Estate

The fruit gets a short cold soak, and total time on the skins varies according to the needs of each vintage. Today it’s typically between 25 and 30 days but in past years, especially during the tenure of Mark Aubert, it has been as long as 60 days. Fermentation temperatures are normally in the moderate low to mid-80s, according to winemaker Tauziet, as the fruit is naturally intense in flavor and structure and easy to extract (yields in the Tychson Vineyard average a modest 2.5 tons per acre). The wines are aged in 100% new oak, mostly Taransaud barrels, and racking is minimal. Bottling takes place during the second June or July after the harvest.

This vertical tasting took place in mid-March, in Colgin’s beautifully renovated house on the property, with Colgin, Joe Wender and Allison Tauziet as my fellow tasters. I cannot recall experiencing a past vertical involving a dozen or more vintages that merited such consistently high scores.

See all the wines (from oldest to youngest)