Packaging has always been important for selling wine, as any major champagne house will tell you. Of course, it is different for samples. I don’t need to tell you that I review the contents of a bottle, not its aesthetic virtues. However, hats off to the Madeira Wine Company, whose quartet of new releases in conveniently sized 5cl bottles came nestled in a wicker box lined with linen in traditional Madeira colors of green and red. Chris Blandy mentioned that I was not the only recipient whose daughter had requisitioned the box post-tasting. Unfortunately, I was unable to participate in a virtual tasting; however, I did speak to Blandy about these releases, which were all bottled in 2020. He explained how Blandy’s endeavors to always keep one of the classic varieties on the market (Sercial, Verdelho, Bual and Malmsey, plus Terrantez despite its minuscule production) at any one time. Some readers may remember that I reviewed a 2008 Verdelho under the Blandy’s brand in October last year, so I asked why they would bottle the same under a different stencil, Cossart Gordon. Blandy answered that generally, Cossart Gordon tends to have less residual sugar than Blandy’s, and a little more roundness by comparison – something to keep in mind for future releases.

You will find below information on the quantity bottled. I have only stated figures for 750ml bottles, as they are most common, but as Blandy reminded me, since 2015, Madeira houses have been allowed to produce half-bottles as well as larger formats, from magnums all the way up to three 18-liter bottles. “Who would pour 18 liters of Madeira?” I asked skeptically, imagining that someone out there would probably accept the challenge. In fact, Chris Blandy has been surprised by the demand for large formats and said that they had been popular with collectors frequenting the Hedonism shop in London and also at their affiliate restaurant, Hide. When I thought about it further, I realized that – unlike, say, your jeroboam of Screaming Eagle or Sassicaia – you can pour Madeira to a number of people over a long period of time without fear of oxidation, so it does make sense.

The oldest release of the four is the 1920 Bual that was my epiphany when I tasted it at Blandy’s wine lodge in Funchal back in 2003. One aspect of Madeira that should be kept in mind is that with access to multifarious reserves, there can be various bottlings of the same wine. In this instance, the best-known release of the 1920 Bual is the 2006 bottling, though 300 bottles were released in 2011 for Blandy’s bicentennial. One intriguing difference with this 2020 bottling is that in March 2017 Blandy’s transferred their reserve from barrel into demijohn. Chris Blandy told me that this tends to give the wine more weight and less aggressive acidity. He and his team blind-tasted the three most recent bottlings of the 1920 and found marked differences. “We still have plenty of reserves left,” Blandy explained. “So, we will leave the rest for the next generation." 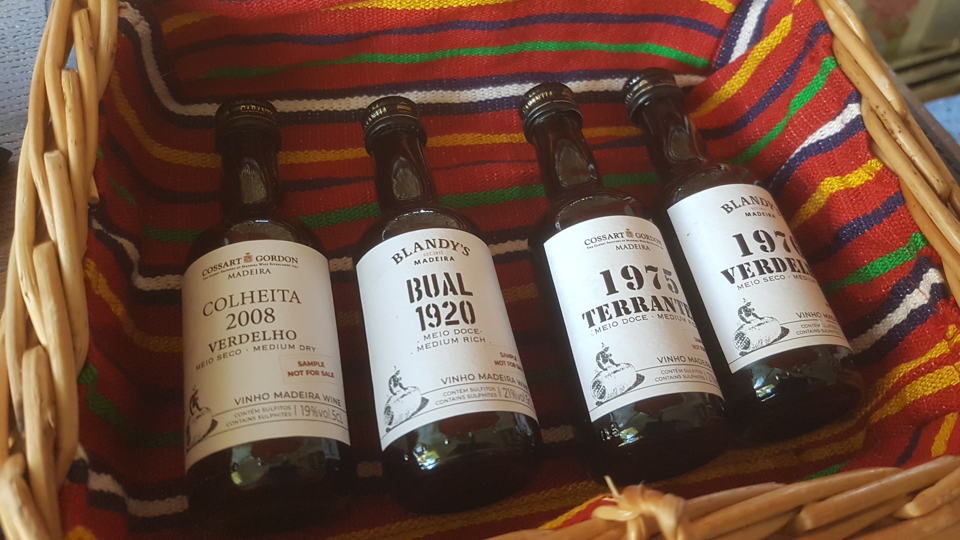 Lastly, I have stated drinking windows, but they are arbitrary, since Madeira has already undergone oxidation. These bottlings are all ready to drink immediately, with the option of cellaring them if you wish, though as I have written in the past, aging effects are governed by maturation prior to bottling at the wine lodge rather than in bottle.

The 2008 Verdelho (2020 Bottling) from Cossart Gordon contains 65g/L residual sugar, less than the Blandy’s 2008 Verdelho released in 2019. It is clear deep amber in hue. The nose is quite striking, grabbing you with both hands and bringing dried honey, orange zest, Seville orange marmalade and antique furniture polish, all with fine delineation. The palate is tangy from start to finish, featuring enticing marmalade and desiccated orange peel notes. But what I really admire is the crescendo of spiciness on the finish; the mouth feels "alive" two minutes after this Verdelho has exited, tingling with the wake of pepperiness. Superb. There were 2,000 50cl bottles produced. 95/Drink now-2040. The maiden release of the 1976 Verdelho (2020 Bottling) from Blandy’s is only slightly deeper than the 2008 that I tasted alongside it. Yet as you would expect, the aromatics are very different: molasses, pain d'épices, orange blossom and iodine all vie for attention. As with the 2008, I appreciate the delineation. The palate displays considerable weight and presence, to the point where you might mistake it for a light Bual (the residual sugar here is 86g/L). Notes of Szechuan pepper and black pepper elevate a streamlined, focused finish that lingers long on the aftertaste. This is quite a cerebral Verdelho. Chill this slightly before serving. I can imagine it making a superb aperitif. 1,039 bottles produced. 93/Drink now-2040.

Cossart Gordon’s 1975 Terrantez (2020 Bottling), which was previously bottled in the late 1990s, is very powerful on the nose; aromas of honey, pressed flowers, furniture polish (antique bureau?) and clove soar from the glass in unison. Side by side, initially I discerned a tad more composure on the 1976 Verdelho. The palate is outstanding: smooth and unerringly harmonious, the acidity is perfect, with a simmering back note of spiciness (stem ginger and lemongrass) that is accentuated on the prolonged finish. The nose begins to cohere with aeration, so that you end up with a gorgeous, quite sophisticated Terrantez. 992 bottles produced. 95/Drink now-2040. Blandy’s 1920 Bual (2020 Bottling) delivers 110g/L residual sugar with 10.74g/L total acidity. Deep amber in color, it is endowed with a fabulous nose evocative of walking through a stately old English manor house; touches of dried honey, quince and barley sugar emerge with time. But overall, this 2020 Bual displays resinous aromatics, touches of lanolin and, later, a hint of sesame. The palate is very harmonious, with tangy marmalade and quince opening the show, followed by walnut, white pepper, clove, fennel and liberal shavings of ginger. It does not possess the length of the 1975 Terrantez or the 1976 Verdelho in this tasting, yet after a century it retains elegance and style, perhaps more so than previous releases. 1,199 bottles produced. 95/Drink now-2040.