A recent family gathering provided a great opportunity to check in on two of my favorite Dom Pérignons.

I remember the first time I tasted the 2002 Dom Pérignon with then-Chef de Caves Richard Geoffroy at Hautvillers. It was the upcoming release at the time. As was his custom, Geoffroy served the 2002 in a flight that included a number of previous releases. The bouquet was immediately stunning for its audacity. I had never tasted anything like it. Two thousand-two was a year marked by extreme ripeness in the Chardonnays, and that opulence has always been a big part of the wine’s profile. Today, what strikes me most about the 2002 is its timelessness. That youthful opulence remains, yet the 2002 is still vibrant, almost shocking in its freshness. Apricot, ripe peach, tangerine oil, butter and dried flowers all build towards a captivating crescendo of aromas and flavors that saturates the finish. Readers can look forward to another two decades of exceptional drinking. 98/Drink 2022-2042. 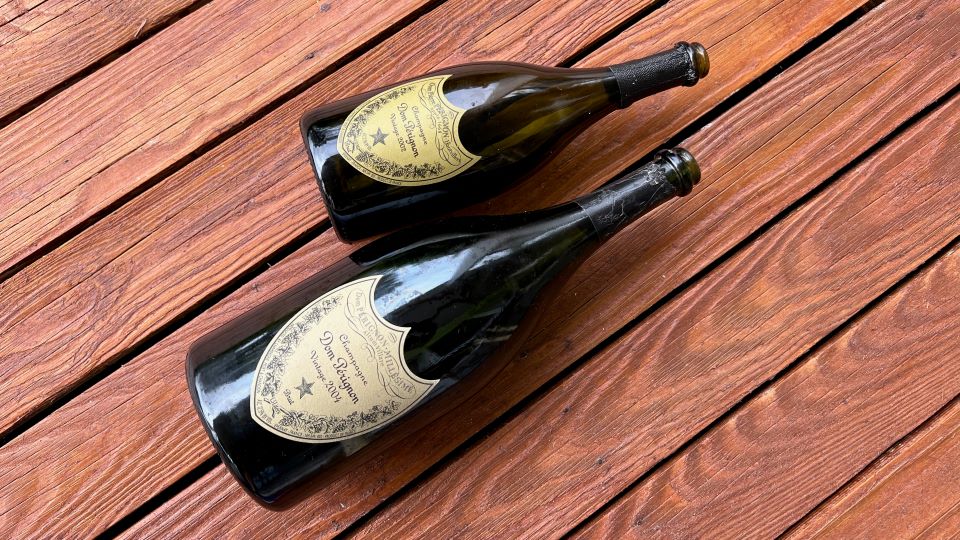 The 2004 Dom Pérignon is a totally different beast. It is the product of a very long and cool growing season marked by heavy summer rains in some sectors of the region and then ideal conditions through to harvest. After a brutally torrid 2003, the vines responded by setting a huge crop. In fact, 2004 remains the most abundant vintage in the history of Champagne. The best wines, though, well, they have always impressed with their laser-like cut and focus. That’s exactly what comes through in the 2004 Dom Pérignon. Tasted from magnum, the 2004 shows all the linear energy and crystalline precision of the year, but with that extra magic that comes from fermentation and longer aging in the big bottle. The 2004 has long been one of my favorite Dom Pérignons. From magnum, it is especially captivating. 98/Drink 2022-2042.