The 1978 Maison Leroy Mazis-Chambertin is one of the most profound wines I’ve had in recent memory. When first opened, it appeared musty and seemed somewhat fragile, but the wine absolutely bloomed in the glass, revealing a hauntingly beautiful bouquet and a stately bearing. Scents of firewood, porcini, copper pennies, and dusty, dried cherries co-mingled on the nose. On the palate it was certainly mature, but still had plenty of sweet, soft fruit at its core. The texture was chalky and fine, with a chiseling acidity that provided both definition and length.  A literal description is not sufficient to explain this wine, as it transcended its individual elements to form a singular, exquisite whole. My only regret is not having decanting it, as the wine was still improving up to and through the final sip. 97/Drinking Window: 2016 - 2025. 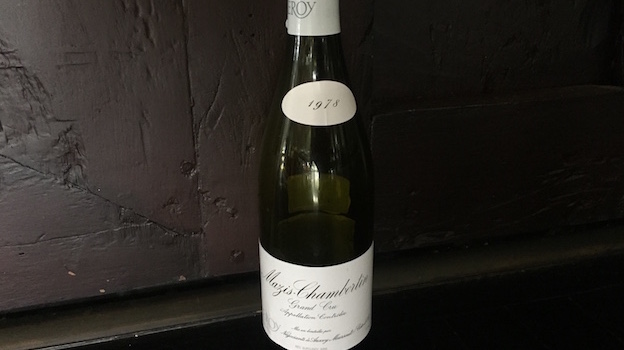