When I asked a dear friend what I could bring to his birthday party, the answer was simple: 1989 Barolo. I was more than happy to oblige, as 1989 is one of the all-time great Piedmont vintages. 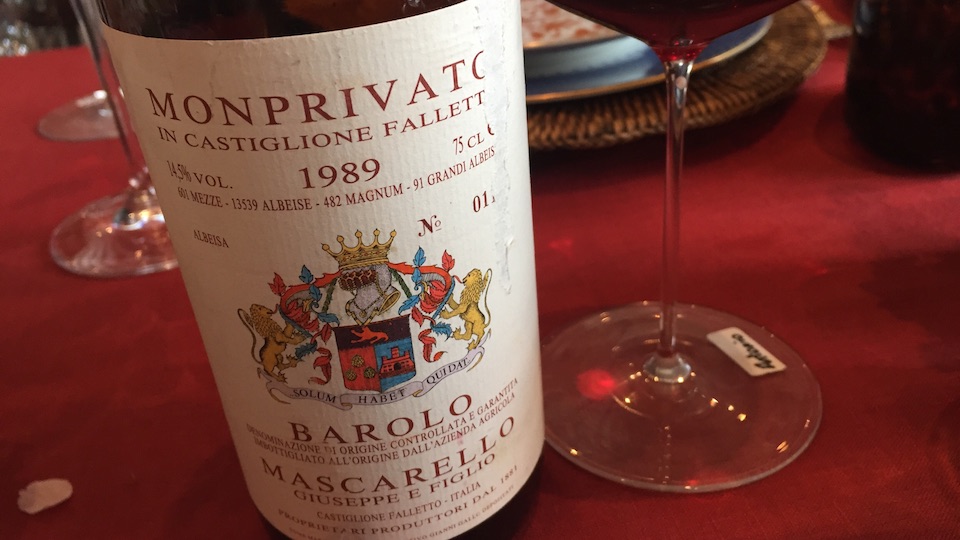 It has been about two years since I last tasted Mauro Mascarello’s 1989 Barolo Monprivato. In that time, the wine has barely budged. This is an especially profound bottle. Soaring aromatics, ripe, silky fruit and breathtaking Nebbiolo character as expressed by the Monprivato vineyard all come through in this utterly profound, moving Barolo. The 1989 Barolo Monprivato is the rare wine that satisfies all the senses, from the intellectual to the more hedonistic. Readers who own the 1989 should be thrilled, as it is mesmerizingly beautiful in every way. 98/Drink: 2017-2037