When I purchased the 2005 Vietti Castiglione for $34 a bottle, I did so knowing that the worst-case scenario is that it would be a great Barolo to check-in over the course of ten years; but what I only realized a few years back is that this bottle, which I thought might be in decline by now, was still maturing in a positive way. Today, new releases of the Barolo Castiglione cost around $54, yet I can assure you that the value is far from lost, as the wine ages so well. Or…you could just chase the single-vineyard Barolos at four times the cost. 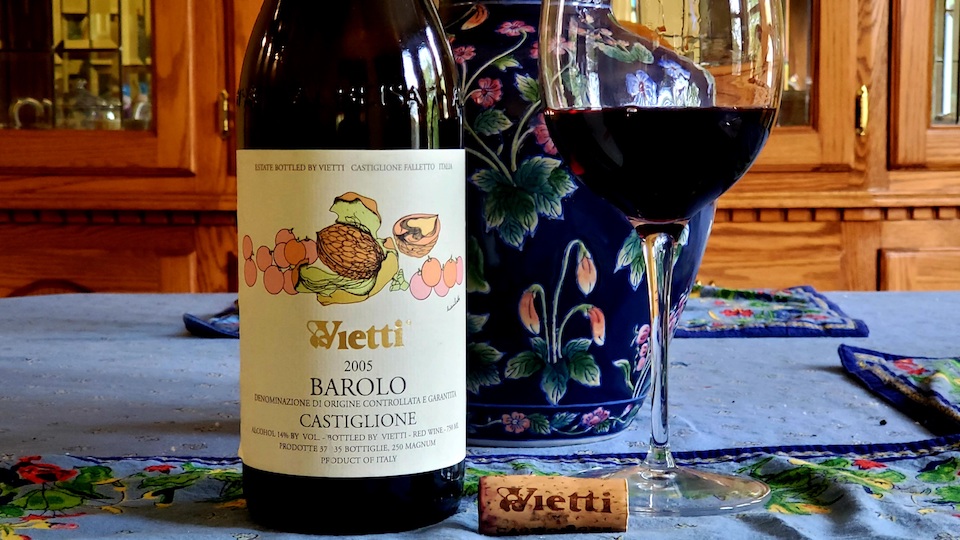 The 2005 Vietti Barolo Castiglione makes itself known with deep black cherry notes enshrouded by dusty florals, spiced orange rinds, crushed stones and cloves. There’s no way to escape those gruff 2005 tannins and elevated acidity; yet this really makes the case for not giving up on the vintage, as an intense and vivid display of crunchy tart berries and spices cascades across its medium-bodied frame with ease, saturating the senses with sweet minerality. The cheeks may pucker, yet the Barolo Castiglione has plenty of primary fruits to balance, as it tapers off incredibly long. Will the 2005 Castiglione ever fully soften? It’s hard to say; but today, it’s a stunning example of the vintage, a remarkable value for the category and in no fear of decline. This is a blend of fruit from the Ravera, Bricco del Fiasco, Fossati, and Ciabot Berton vineyards. 92/Drink 2021-2026.