Hail, hail the wonderment of Essencia! Drop-by-drop, by mere pressure of gravity alone upon heavily-botrytised aszú grapes, a dribble of ultra-sweet, unctuous nectar so extreme that it challenges the definition of wine ekes out. Despite the absurd level of sugar (details below), the wine dances on the tongue thanks to its phenomenally high acidity: a pachyderm pirouetting on a high wire. The Royal Tokaji Company is soon releasing their 2009 Tokaji Essencia. It is the company’s eighth release, following in the footsteps of 1993, 1999, 2000, 2003, 2007 and 2008. This bottle of Essencia was tasted over a 48-hour period. In fact, it went on a “mini-tour” so that I could share it with anyone I encountered in that period: my brother in Chiswick and my cousin down in Brighton, my next-door-neighbour and a dozen or so attendees at a La Paulée-style Burgundy lunch. One confessed that they thought they would never have the chance to taste this fabled wine. 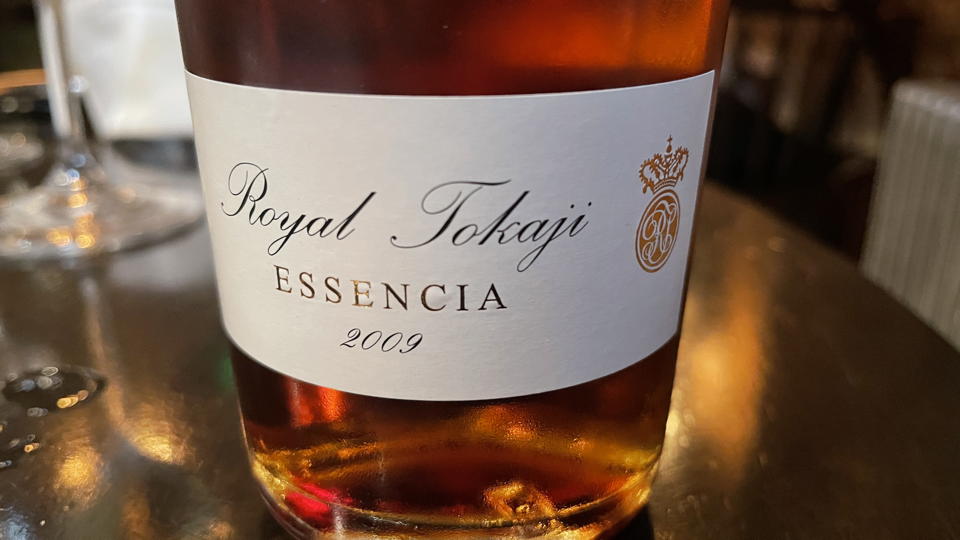 I recently spoke with Royal Tokaji’s winemaker Zoltán Kovács. “It was an extreme vintage in two phases,” he told me. “Budding was perfect. Then there was a drought that lasted until mid-May. There was only 200mm of rain in the first five months. We picked the first generation fruit from the end of September - the humidity was perfect. But there was a very small window to pick as the weather turned rainy from 10 October. It is 100% pure Furmint. The wine fermented over eight years with another five years’ ageing in bottle. It has 1.8% alcohol [2% on the label], 581.3g/L residual sugar and 11.8g/L total acidity.”

The 2009 Tokaji Essencia comes in 1,386 individual red lacquer hand-crafted boxes containing a 375ml bottle and an obligatory hand-blown glass spoon, which is not there for decorative purposes. It does enhance imbibement, allowing that enormous hit of sucrosity to land straight on the tongue instead of clinging to the sides of your mouth or gums. It has a surprisingly bashful nose for the first 12 hours. Whereas some burst from the glass, this chooses to unfurl and only as if toying with you, gradually reveals scents of fresh fig, Medjool dates, Seville orange marmalade and Clementines. I notice that the aromatics blossom on the second day as it deftly slips into fifth gear. The palate also meliorates, obviously unctuous and yet paradoxically weightless thanks to that acidity. Again, fig features prominently allied with marmalade, demerara and quince, more desiccated orange peel and syrup towards the harmonious finish. Wonderful precision throughout, this magnificent Essencia that will outlast you and I. 99/Drink 2022-2172.