I was very fortunate to run into this exquisite bottle of Cappellano’s 1968 Barolo recently. As it turns out, I had just visited the estate that very morning, so I was in a Cappellano state of mind. Drinking the 1968 took me back to my early days visiting Piedmont, when I would do little mini-immersions into the wines of specific producers in order to try to gain a deeper understanding of specific wineries. That’s a little harder to do these days given the rarity and cost of so many bottles, but every now and then you get lucky. 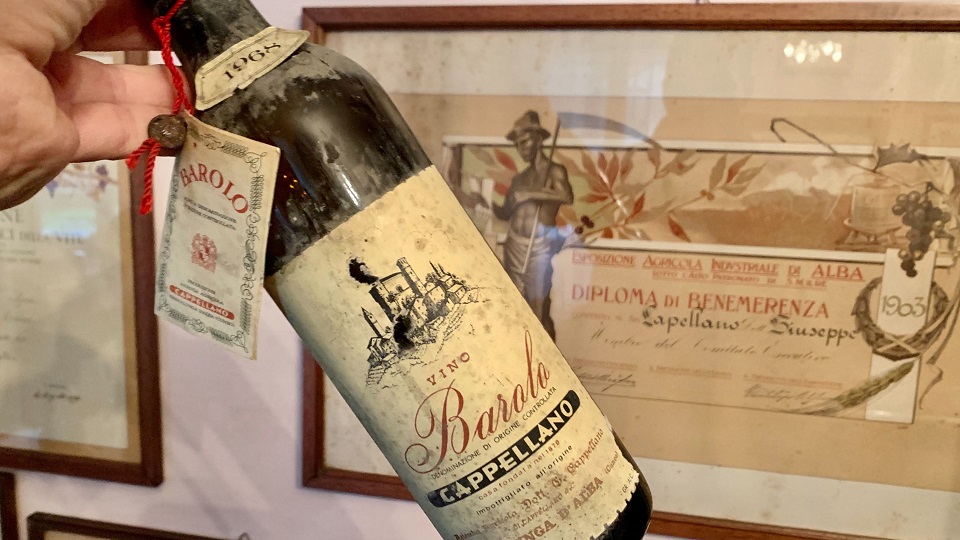 I am always a bit apprehensive with older wines, as so many bottles from this era were not stored properly. As soon as the 1968 is served I see my apprehension in this case is unwarranted. A bright, translucent red, the 1968 is utterly mesmerizing from the first taste. Blood orange, cinnamon, star anise, kirsch, mint and sweet pipe tobacco all life effortlessly from the glass. Delicate and haunting in its beauty, with striking exoticism, the 1968 is simply exquisite. Of course, at 50+ years of age, the 1968 is fully mature and a touch fragile. Readers lucky enough to come across bottles will want to enjoy them sooner rather than later.

Many years ago, when I was writing Piedmont Report, I promised Baldo Cappellano I would honor his request not to rate his wines numerically. Cappellano’s view was that scores were divisive among growers. At the time, I could have never imagined what Piedmont Report would lead to, or what Piedmont itself would become. I would not make the same decision today, but this is why the 1968 Barolo, like all Cappellano wines in our database, appears without a score. NR/Drink: 2019.