I clearly remember the first time I tasted the 2014 Montepulciano d’Abruzzo Colle Vota from Tiberio three years ago. It was so tense and structured, taking hours to begin showing its layers and complexities. It was on day two that the wine began to reveal its inner beauty. Tasting it now, I must say that the Colle Vota is right on track and maturing into a real gem.

Colle Vota is a unique expression of Montepulciano and is only made in select vintages. It hails from a 1.6-hectare plot at 350 meters (the highest part of the estate’s vineyards), which was planted in 2000, using massale selection from Tiberio’s oldest vines. The soils here differ from their other parcels as well, with limestone and marly-clay, but also a particularly sandy subsoil. The combination of this thicker-skinned, later-ripening biotype and unique terroir creates a decidedly different expression of Montepulciano, one that excels in cooler and rainier vintages. When the stars don’t align, Cristiana Tiberio blends the juice from this parcel with her estate Montepulciano. 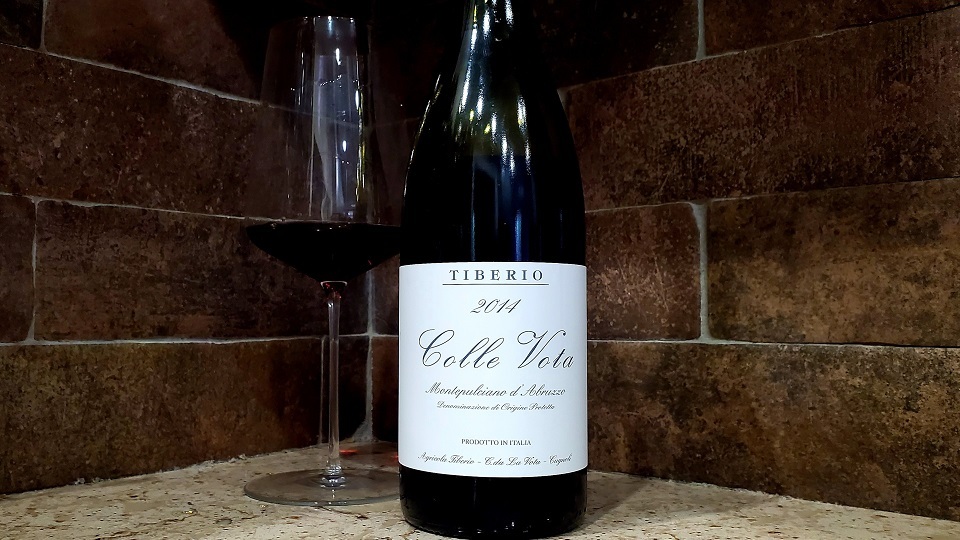 Sweet roses, violets and white pepper open first, before blossoming further to show ripe strawberries, mixing sage with mint and finally spiced orange. The purity of the 2014 is unreal, contrasting an attractive inner sweetness with zesty red fruits, minerals and bright acids, and yet remaining remarkably lifted and feminine, taking on a decidedly floral character toward the close. There's still youthful tannin, yet it’s nearly masked by the Colle Vota's fruity and almost-exotic nature. Is it Montepulciano or Grand Cru Burgundy - or maybe Château Rayas? Licorice, ginger, clove, and a bitter tug of citrus are all found as this gorgeous wine slowly tapers off. The 2014 is already so enjoyable, yet I’ll be checking back in on this beauty in another two years and expect great things. Only 2,800 bottles of the 2014 were made. The next vintage to be released will be the 2018 in the winter of 2021. 95/Drink 2020-2032.