Sometimes the best things are born from total spontaneity. One lazy summer Sunday Marzia and I find ourselves with a free afternoon, so we call Beppe Rinaldi and ask if he has time to see us. It turns out the ladies of the house are away for the weekend, so Rinaldi has plenty of time, not to mention a little more freedom that normal, something he gleefully points out on more than one occasion. 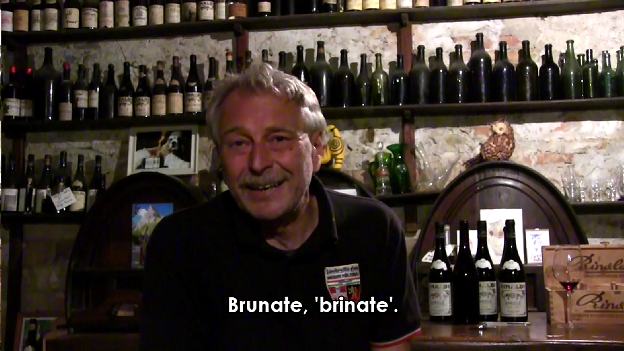 Giuseppe Rinaldi in his cellar discussing the history of Brunate

Rinaldi receives us in his office. Papers are stacked on top of papers. I sense a resemblance to my own desk. The bookshelves are packed with books on the history of the Langhe and Barolo, most of them sadly out of print. Rinaldi isn’t just a staunch defender of tradition with his wines, he also knows more about the history of the Langhe and Barolo than just about anyone else I have ever met. “Would you like some water?” asks Rinaldi. “Watch out, in Barolo the drinking water has 2% alcohol,” he says, with the gruff, wicked laugh visitors to this reference-point estate have become accustomed to over the years. 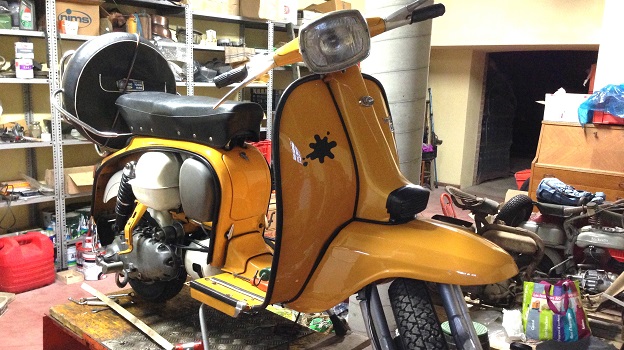 One of Beppe Rinaldi’s many vintage motorcycles

A tour of the upstairs living quarters, including the room where Rinaldi himself was born, brings back memories of my grandparents’ home in Sicily. The smell of the antique furniture is exactly the same. It is amazing to think how much the world has changed in just one or two generations. An assortment of rare vintage motorcycles, all in various states of repair, crowds the workshop. Rinaldi’s passion for motorcycles is the stuff of legend. A few years ago, on his one and only trip to New York, Rinaldi apparently chose to see the city from the vantage point of a Vespa. That must have been interesting. 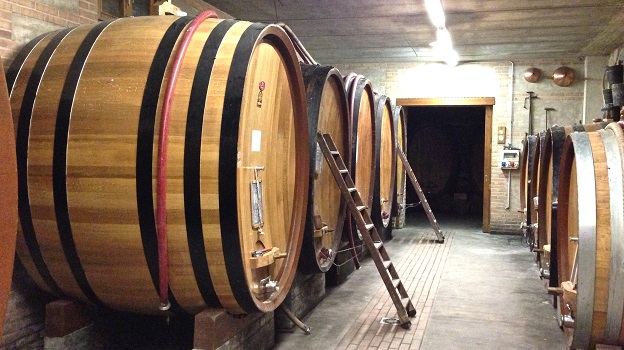 Down in the cellar, we taste through most of the botti one by one. It is always fascinating to follow these Barolos throughout their time in cask, as they reveal myriad shades of expression with the passage of time, especially in the great vintages. Other than the addition of a few new botti, nothing much has changed here over the years, including the constant stream of colorful comments unsuitable for printing that Rinaldi sprinkles between wines.

“Would you like to taste an older Barolo,” Rinaldi asks as we see descend into his newly built personal cellar. Are you kidding? In all of the years I have been visiting the estate, this is the first time Rinaldi has offered to open an older bottle from his personal collection. “Go ahead,” Rinaldi continues, “pick any vintage you want.” How can I choose? There are quite a few vintages that are tempting, but I want to be respectful. “It’s OK,” says Rinaldi, perhaps sensing my apprehension. “I would rather open these wines with you than have my daughters drink them with their boyfriends,” he says, with a totally deadpan delivery. I am a little reassured as I struggle to find a vintage in which there are more than a few bottles remaining. 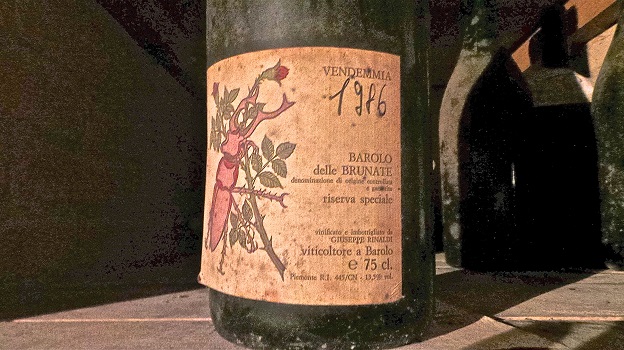 I have always adored 1986, perhaps because it is one of the truly overlooked, insiders’ vintages from a time before the internet and technology ruled our lives. During the mid and late 1980s, much of the rage was over the 1985s. But I have always been intrigued by the 1986s. That year a violent hailstorm in the spring wiped out most of the crop. But the few wines that were made have long been magical. In fact, both Bruno Giacosa and Bartolo Mascarello told me they preferred their 1986s to their 1985s. Today, that kind of information would quickly get out, but back then, some secrets could still be kept. 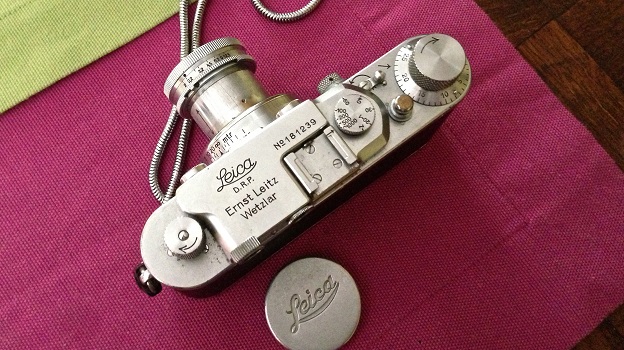 Rinaldi nods. “I remember that vintage because my dad called me home to take photos after a massive hailstorm. The vineyards were completely white and blanketed with hail. I had never seen anything like it. Hail is extremely rare in May. Fortunately the second shoots gave us a crop and we were ultimately able to make some wine. Anyway, my father gave me an old Leica to take the photos. It was a beautiful, vintage camera from the 1930s that I recently had refurbished.”

“A few years later we were cleaning through some things in the house, and I noticed there were no photos of me when I was a child. I found that odd. My father had this beautiful, high-end camera and no photos of the family. So I asked him why. He explained that when he was a General in the Italian military part of his job was to document the atrocities he saw during World War II. God only knows what that Leica photographed. After that experience, my father never touched a camera again.” 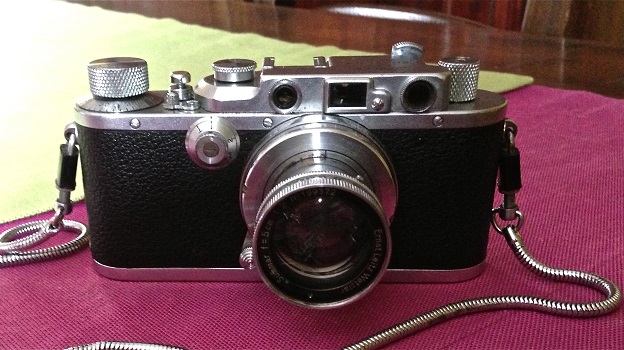 If this camera could tell stories…

And the 1986 Barolo delle Brunate Riserva Speciale? It is gorgeous, a bit rustic and rough around the edges, as wines from this vintage tend to be, but with more than enough depth to drink well for another decade or so. 90/Drinking window: 2015-2025. 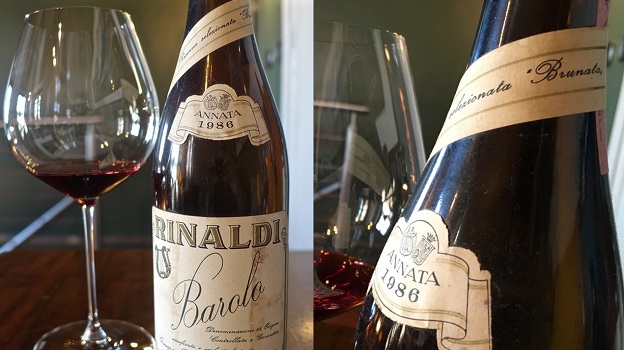 Multimedia: The Vineyards of Barolo – Brunate

Multimedia: The Vineyards of Barolo – Cannubi

Multimedia: The Vineyards of Barolo – Ravera