There. I’ve said it. I’ve uttered the unutterable.

Hey you. Yes…you at the back…stop laughing. Let me tell you something. I was once like you. I mocked it back in the day. Pinotage was the whipping boy of grape varieties. So-called experts found it bizarre that South African winemakers waved its flag and sang its praises.

Then, I flew to the Cape for the first time and before even checking into my hotel, I was ensconced in a blind tasting of rare, mature South African wines that included a 1961 Pinotage that could show a few Bordeaux alumni a thing or two. It was sensational, and immediately I was forced to alter my perception of Pinotage’s capabilities. Henceforth, I remain open-minded towards this misunderstood variety. I am not going to deny that I must still wade through far too many wretched expressions, mostly designed for supermarket shelves. However, I often encounter wonderful examples from quality-driven producers. Over the years, I have concluded that Pinotage reaches its apogee with Kanonkop’s Black Label.

Recently, the Kanonkop team including proprietors Paul and Johann Krige, grandsons of founder Paul Sauer, accompanied by head winemaker Abrie Beeslaar, flew over to London to hold the first ever vertical retrospective of their Black Label Pinotage from the inaugural 2006 vintage. The room was packed, a sign of how much this wine is appreciated, something you might not have seen a few years ago. 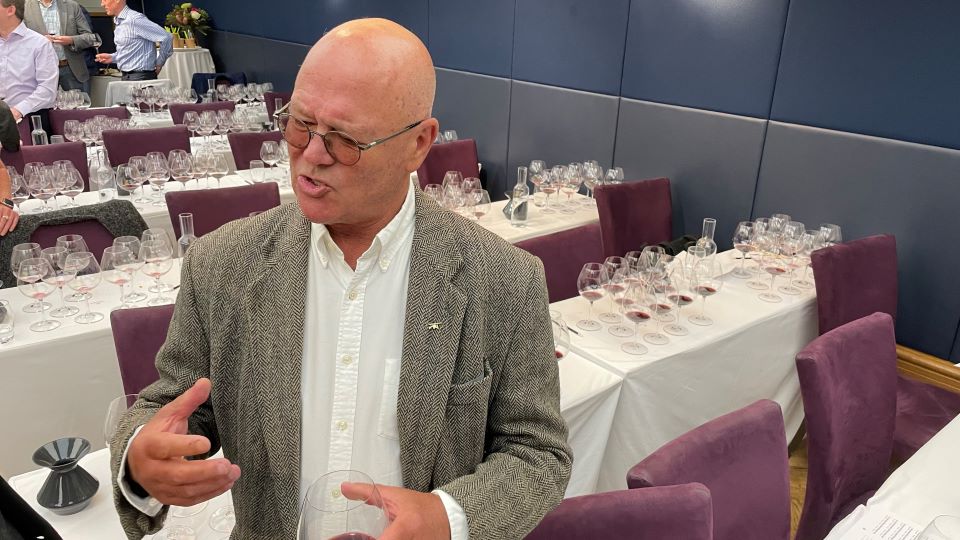 Johann Krige, an outspoken winemaker with strident views, is a man always with a glint in his eye and a fine sense of humour.

Having apologized for his English after speaking barely a word during the pandemic, Johann Krige set the scene by explaining the origins of the grape variety. “The first experimental Pinotage was made in 1941, and the oldest vines at Kanonkop were planted in 1953, which is where the Black Label now comes from. In 1959, South Africa saw the first Pinotage bottlings from Château Lanzarac, the first under the Kanonkop label in 1973. So, it is a young variety, and we’re only beginning to understand it. In 1991, our Pinotage won a trophy at the IWC Awards, and that marked a big change in perception.”

“We have to open our minds to Pinotage. In the 1970s, there were negative comments from professionals who visited South Africa, so that by the following decade there were almost no plantings. The problem was the winemaking. In the Nineties, we had our own style of what we think is South African. The old guys had a recipe for varieties and you cannot do that with Pinotage. It has the highest pH and malic acid content, the fastest ripening some three or four weeks from véraison to picking, and it is the fastest to ferment, around half the time of Cabernet Sauvignon. So you have to understand that.”

Krige summed up neatly when he proclaimed: “If you don’t like Pinotage, crucify the winemaker, not the grape variety.”

He makes an interesting point about Pinotage and the fact that a vast proportion is drunk without any ageing. “Young Pinotage doesn't tell you much about the variety and if it is made properly, you see its parents [Pinot Noir and Cinsault] come through in the wine.” I have to say that personally, I find that it is better to treat Pinotage as a singular variety with its own personality rather than an iteration of either variety – you will find little in common between Pinotage and Pinot Noir.

So how did the Black Label come about?

“Abrie [Beeslaar] approached me in 2006 and said we got this one site where the vines are around 50 years old. He told me that it made quite a remarkable wine but he had to blend it with the main cuvée. So we did the 2006, 2007 and 2008 vintages [separately] and realised we were onto something. Then in 2009, a supermarket buyer [actually the former buyer for Sainsbury’s who was present at the tasting] came to my house, and we had a couple of ideas at around one in the morning…and that’s where the Black Label started. Then there was the financial crisis. That is why we skipped the 2009 vintage. Also, in that year some of the bottles were stacked near the air-conditioning that caused a lot of evaporation, and they suffered volatile acidity. So in the end, I could not use that wine.” 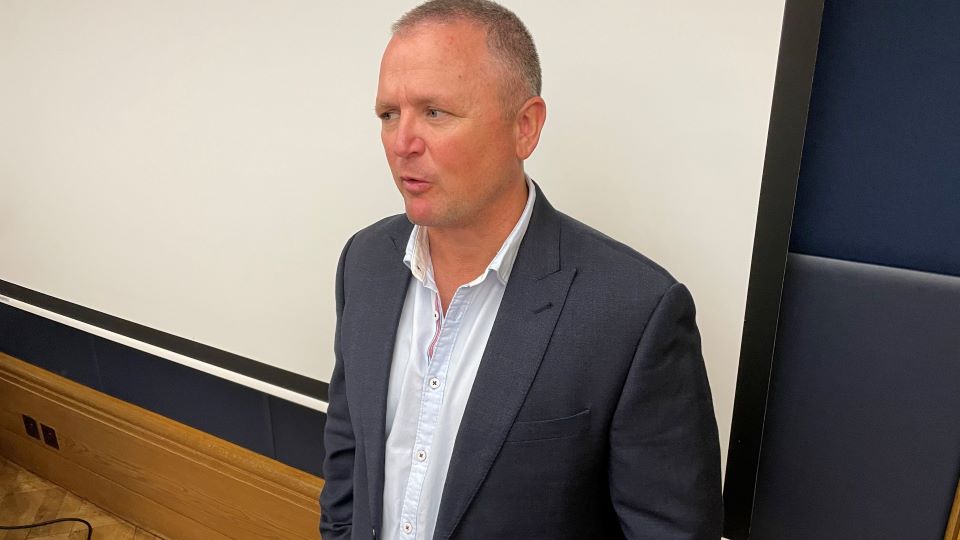 Head winemaker Abrie Beeslaar, who started at Kanonkop in 2001.

“My idea was that the wine had to have its own identity and perhaps connected to the age of the vines,” Beeslaar comments. “What I like is that it is a wine made from the soil upwards. It was something that the vineyard showed me rather than me starting to create something new in the boardroom. The 3.8-hectare Black Label vineyard lies close to the R44 road. The bush vines are dry farmed and planted on R99 rootstock with a 2.7 by 1.2m spacing and a northeast-southwest orientation. Because it is our only north-facing parcel, it means that a good vintage for our Estate Pinotage is not necessarily a good vintage for the Black Label. In the Cape we have some of the oldest soils in the world, Orthic topsoil. It was not covered with ice during Ice Age, so there was a lot of shale, and then granite pushed through [in geological terms, a pluton is an intrusive igneous rock.] There is a lot of iron oxide that means the red soils are well aerated. Before, tractors that were unable to plough deeply, but now they can plough much deeper to enable root development.”

Krige was asked about leafroll, the virus that has affected many vineyards in the Cape.

“Leafroll is a reality,” he replies. “Pinotage is an early ripening variety so it is not as affected compared to others. Every vineyard that we replanted, we remove every infected vine and use all the products available to keep the vineyards clean and isolated. One of the best things to happen in South Africa were the Italian viticulturalists, who taught us how to prune better and maintain sap flow. They taught me that a vineyard doesn’t have to be neat.”

We also broach the subject of wildfires that beset South African vineyards in dry growing seasons. “We had fires on the upper part of the estate in 2016,” Krige replies. “But most of those parcels go into the Kadette Pinotage. I haven’t had a wine that I’ve lost to smoke damage, though the cellar did almost burn down in 2013.”

We then move onto the subject of picking.

“We normally pick at the end of January,” Beeslaar explains. “We’ve found that in low yielding vintages, the Pinot Noir comes out and in the high yielding vintages, it’s more the Cinsault. Pinotage has a fast ripening period and so the stems are green and aggressive, which is why we remove them. The fruit is sorted by hand and then we introduced optical sorting with the 2016 vintage that gets rid of about 1.5% of the fruit. Nevertheless, this has made a massive difference.”

“In the cellar, we might do one adjustment at crushing to maintain balance. W e punch down by hand in open-top fermenters [equivalent to the shallow lagares synonymous with the Douro.] It’s labour intensive and expensive, but we never want to compromise quality, which is why we still use that technique instead of pump-overs. We do maximum extraction in the right timeframe – it’s not an extended maceration. We start the punch-downs immediately when alcohol is still low because as the alcohol shoots up, you risk extracting the negative parts from the skins. So we extract what we need and then separate the skins. We tend to reduce punch-downs in less ripe vintages. As it’s not a deep tank the alcohol tends to evaporate easily, but we want to get oxygen in to stabilise tannins and anthocyanins, keeping the temperature homogenous through the tank so that there is little difference between the cap and the juice.”

“We believe in wood,” Krige opines upon broaching the subject of barrel ageing. “If you have the right wine, it plays an important part. We use around 80% new oak for the Estate Pinotage but 100% for the Black Label during the 18 month maturation. In 2019, we started to move in a different direction, using more Burgundian wood from the Tremeaux and François Frères cooperages. There is a lot of things that can go wrong with Pinotage, and there are many things we didn’t understand before like bacterial spoilage, and so nowadays, we do a sterile filtration. We produce around 7,000 to 8,000 bottles.”

Asked what distinguishes Black Label from other Pinotages, Beeslaar replies that it tends to have more palate weight, and the tannins are different in the Cape insofar that they are mouth-filling tannins. 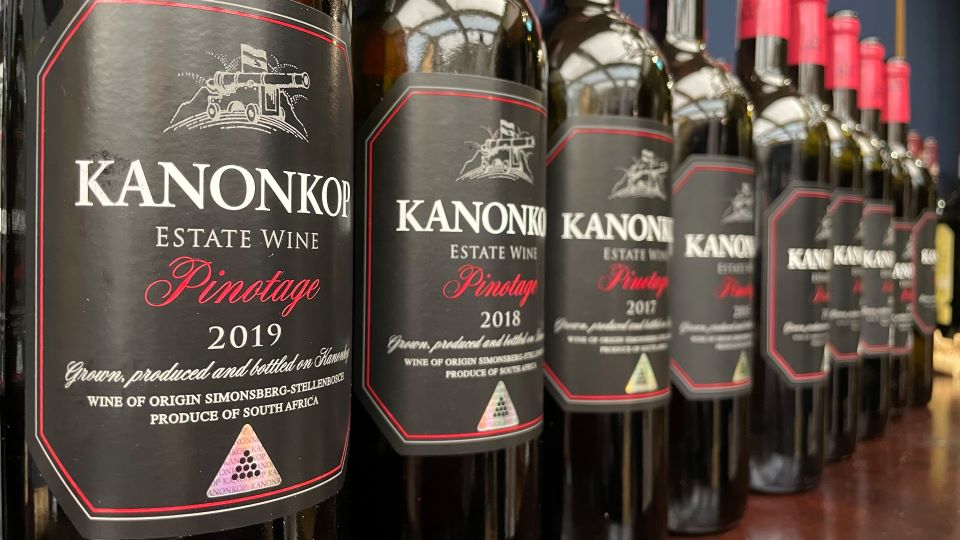 The vertical tasting reinforced my opinion that in the right hands, Pinotage can produce a world-class wine. The Black Label has consistently stood out during my regional/producer tastings over the years, and it was no surprise that these wines deliver. I found reassuring consistency, impressive given the drought-like conditions in recent years, with just a couple of misfires: the debut 2006 where I felt that previous winemaker Beyers Truter was just finding his feet and the curiously reticent 2012. Other vintages displayed complex aromatics that tend to open in the glass, often black fruit laced with liquorice, sometimes camphor. The palate is built around pliant tannins and density; gentle but insistent grip. Clearly, these wines require age. The oak needs time to assimilate, and even tasting some of these vintages after a decade, most would benefit from another four or five years in bottle.

The Black Label has a loyal following and bottles are coveted. Plenty of wine connoisseurs are happy to pay the three-figure price-tag that it commands for what is widely-regarded as the world’s best Pinotage. Intrinsic qualities aside, the Black Label is an ambassador for a misunderstood grape variety, changing prejudices, showcasing the heights that it can achieve and encouraging other growers to follow their path. Whilst not every Pinotage is capable or aims to reach these heights, the knowhow that comes from striving towards greatness clearly feeds down through Kanonkop’s impressive range and acts as a North Star for others to follow.

Pinotage. It’s the grape variety you don’t know that you like.