Staring Into The Heart of Sangiovese

I am not sure what started it, but sometime this spring I got the bug for Sangiovese. Big time. Maybe it was the book I was asked to collaborate on. Or perhaps it was the fabulous 1995 Felsina Chianti Classico Riserva I had at one of New York City’s best restaurants. At some point I decided it would be fun to taste verticals of a number of Tuscany’s icon wines, so here you have it. The truth is two wines in this article are not 100% Sangiovese, but in my view remain distinctly Tuscan, hence their inclusion here; Castello di Ama’s Chianti Classico Vigneto Bellavista and Castellare’s I Sodi di San Niccolò. I tasted all of these wines during the week I spent in Tuscany in April 2012 with the exception of the wines from Castellare and Castell’in Villa, which I tasted in New York City on both sides of that trip. I would like to thank the producers for delving deeply into their cellars for the older vintages, especially those from the 1980s, of which few, if any, bottles remain. 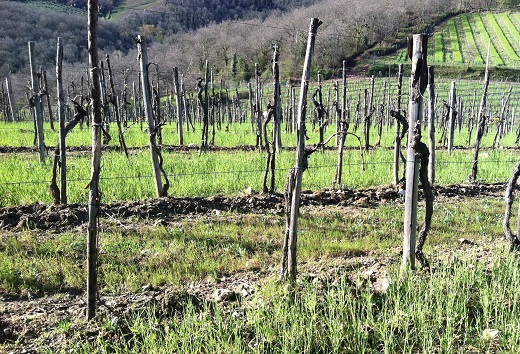 One of the most obvious takeaways from this set of verticals was the diminishing importance of vintages as a bellwether for quality. For years I have advised readers to consider producer first and vintage second. These tastings reinforced my belief in that approach more than ever. Of course, this requires readers to step away from the conventional way of thinking and adopt a more contrarian stance to the rest of the world. The trade has a natural interest in promoting the latest and greatest vintage. There was some validity to that approach decades ago, when most regions saw two to three good/great vintages in a decade. Today it is the opposite. In most parts of the world, seven to eight strong vintages in a decade is now not uncommon, while the truly disastrous year to be avoided at all costs is a rarity. Better vineyard work, improved winemaking, advanced weather forecasting, stringent selection in the cellars and increasingly warmer temperatures in many parts of the world, Old Europe in particular, are the drivers behind a huge increase in the overall quality of wines. Think about it. How many times have you had a wine from an average producer that was better than normal because it was from a great year? Now consider how many times you have had a great wine from a top producer but a lesser vintage. I imagine the latter outweighs the former for most people. So, while the trade and consumers focus only on the best years from the best producers, shrewd consumers should be able to pick up overlooked wines like shooting fish in a barrel.