Golden Oldies & Goodies: A Look at the Ageworthiness of Verdicchio

Some grape varieties are almost too easy to grow for their own good. Pinot Grigio, for example, can, with reasonably competent winemaking, yield oceans of pleasant, easygoing wine with mass appeal, but the downside is that few consumers are willing to pay higher prices for the top Pinot Grigio estate bottlings, which are far better wines. Similar to Pinot Grigio, Verdicchio’s bane is similar in it, too, can produce very agreeable, immediately drinkable wines, even with high yields in the vineyard. Many Verdicchio wines poured from amphora-shaped bottles are actually far better than they have any right to be, given their less-than-serious glass vessels.

The problem, though, is that when consumers start associating a variety with cutesy bottles and low prices, it becomes difficult to convince them that the grape and the wines are capable of bigger and better things. This is unfortunate, because Verdicchio is actually one of Italy’s two or three best native white grapes, and one that can produce wines with both remarkable complexity and depth. And the best examples can last – and improve – for a decade or more. 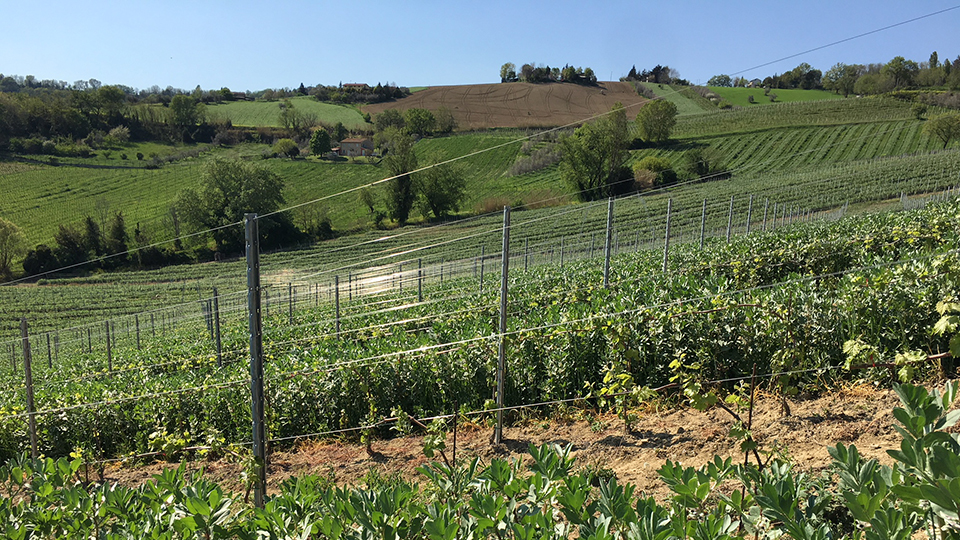 Italy boasts myriad wine grapes that have green (verde) somewhere in their name, such as Verdello and Verduzzo. Verdicchio falls into this group (both the grape and its wines show a very strong green tinge). The variety grows mostly in the Marche, though because of the consistently high average quality of its wines, Verdicchio has been planted in numerous other parts of central Italy – for example, Trebbiano di Soave and Trebbiano Verde are Verdicchio biotypes in Veneto and Lazio, respectively. Another sign of Verdicchio’s quality is the existence of many different Verdicchio nursery clones and Verdicchio crosses, such as Incrocio Bruni 54 (or IB54), a Verdicchio-Sauvignon Blanc cross developed in the 1930s that has been fairly successful even if total plantings remain small. Last but not least, as Verdicchio is characterized by high natural acidity, it can be used to make not just outstanding dry wines but also noteworthy sparklers and sweet wines. 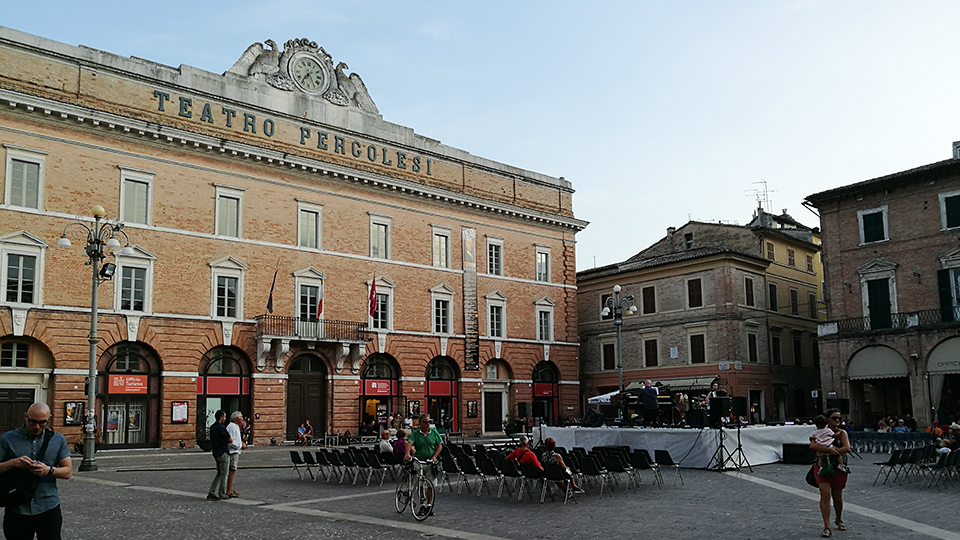 The Pergolesi theatre in the center of Jesi

The Two Most Important Verdicchio Denominations

The two most significant wines made with the Verdicchio grape are Verdicchio dei Castelli di Jesi and Verdicchio di Matelica. Both denominations also allow for Superiore and Riserva versions as well. The Superiore category is a mixed bag of wines, often made from late-harvested grapes and sometimes remarkably Alsace-like in their rich, almost oily textures. The Riserva moniker on a label normally means that the wine was aged in wood; of course, finding such useful information on an Italian back label is more likely than meeting a unicorn, but that’s another story. While many Italian denominations are of little use because they are devoid of any real connection to the land, this is not the case with the Marche’s two Verdicchio denominations. The wines of the Verdicchio dei Castelli di Jesi and of Verdicchio di Matelica are totally different and clearly reflect the areas they are from. The Jesi production zone features gentler slopes and a more temperate climate thanks to its proximity to the sea, while Matelica is a landlocked, mountainous, generally cooler region. Verdicchios from Jesi are fruitier and rounder, while those from Matelica are fuller-bodied and more mineral. 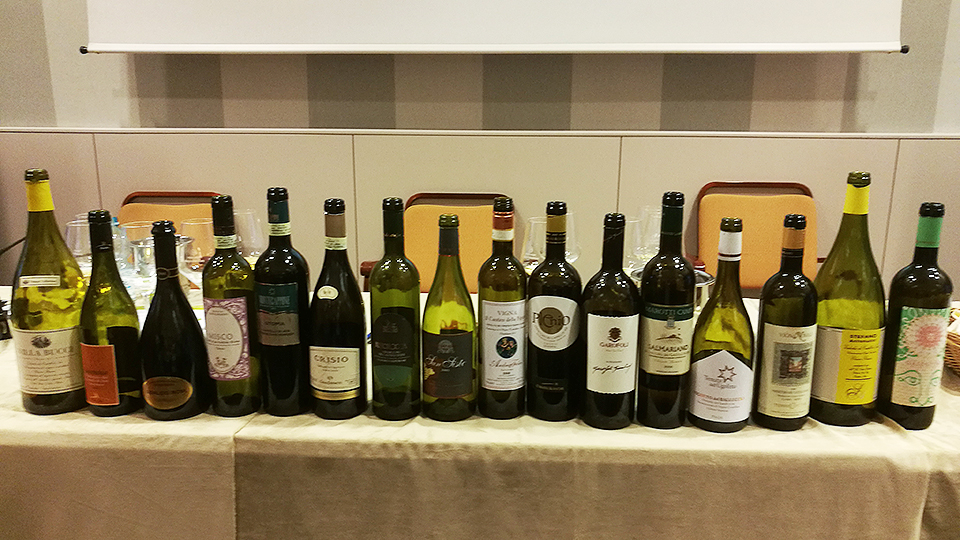 Although Verdicchio cannot boast wines with Riesling-like aging capacity, two recent verticals I have conducted (of the Villa Bucci Riserva, published on Vinous in May of 2018, and the Sartarelli Balciana, coming soon) have shown that, along with wines from Garofoli (their Podium wine), Belisario (the Cambrugiano), Collestefano, Colonnara and La Monacesca (both the classic and the top Mirum bottling), Verdicchio can age gracefully for six to eight years and sometimes longer. In my experience, Verdicchios start out fresh and crisp during their first two years of life, displaying aromas and flavors of apple, pear, fresh citrus fruits, white flowers, minerals and herbs, then become richer and deeper between two and six years after the harvest, during which time they are dominated by notes of riper citrus fruits, almond flower and balsamic oils. After that, they may pick up notes of almond paste, caramelized brown sugar and pungent underbrush. The wines of both Jesi and Matelica – but especially the latter – are marked by more or less gentle mineral undertones as well as a delicate note of diesel fuel that often emerges with time. The point is that the wines not only last well, but are also some of Italy’s most distinctive white wines. Anyone who has tasted Bucci’s Riserva from 1992 or 1994, both of which are still drinking beautifully today, knows exactly what I mean.

The following wines were tasted partly in Jesi during the celebrations around the 50th anniversary of the Verdicchio dei Castelli di Jesi denomination and partly at my home in Rome. All bottles were sourced directly from the estates’ cellars or from my own cellar, purchased on release.

See the Wines From Youngest To Oldest

New Releases from Emilia-Romagna: Something For Everyone, Ian D’Agata, January 2018