The Roero is a beautiful part of Piedmont that lies on the left bank of the Tanaro river, across from the Langhe, the home of Barolo and Barbaresco. But the topography of Roero differs from that of the Langhe, with its vineyards planted on much steeper slopes and at slightly higher altitudes. The Roero also features a generally cooler mesoclimate than the Langhe. Its soils differ as well: they’re generally much sandier (especially in the western reaches of the denomination) than those of the Langhe. Last but not least, the Roero also boasts Arneis, an outstanding native white grape the likes of which the Langhe, at least until the recent rediscovery of Nascetta, has always lacked. 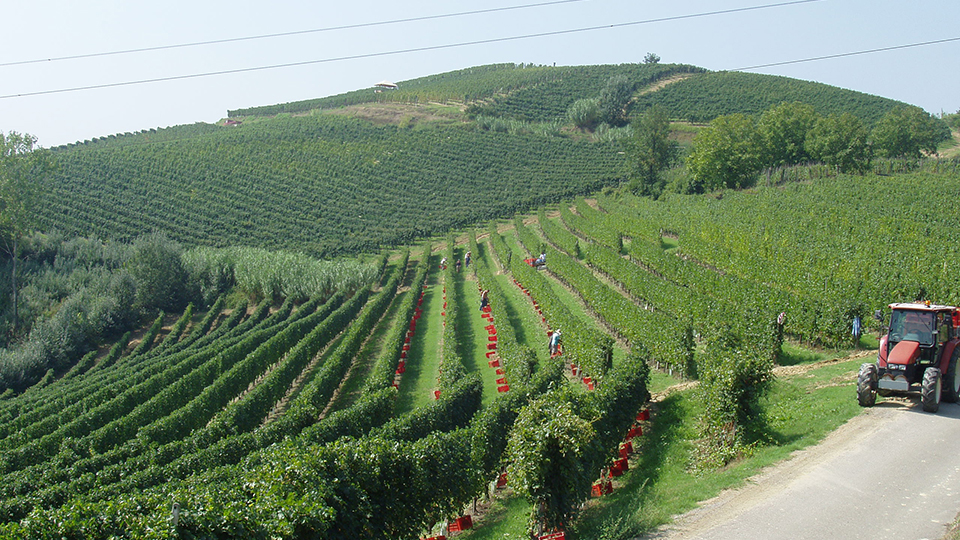 A view of the Arneis vineyards

Azienda Agricola Malvirà is one of the most respected estates in the Roero and in all of Piedmont. Among its 42 hectares are 7 different vineyards, some of which—such as San Michele, Renesio and Trinità—have gained considerable fame for the quality of their grapes and wines. Malvirà was founded by Giuseppe Damonte in the 1950s and is run today by his two sons, Massimo (who takes care of the vineyards) and Roberto (who is in charge of the winemaking). A new generation is now taking its first steps in the estate’s day-to-day operations: Roberto’s son Giacomo has completed his studies at the enology school at Alba and now works at the estate, while cousins Lucia, Francesco and Piero are still in school and hope to join him soon.

The estate’s name, Malvirà, is a reference in Piedmontese dialect to the fact that the original winery building faced north, and thus was saddled with a bad (mal, in Italian) exposure during much colder days before climate change had made its presence felt (malvirà derives from mal virata, meaning “turned in the bad direction”). In fact, that was probably the only thing that was ever wrong with the estate, because over the years Malvirà has created a solid reputation for very good to outstanding wines that speak of the grape varieties from which they are made and the place where they grow. Certainly, the estate ranks among the very best Arneis wine producers in Italy. The Damonte brothers produce no fewer than seven different Arneis bottlings.

Although it’s wildly popular today, Arneis had been all but forgotten for most of the 20th century: while many producers in the Roero owned rows of Arneis vines, the variety was mostly used to make sweet wines reserved for special family events and associated festivities. It was actually two producers not from the Roero, the Langhe’s Alfredo Currado (of Vietti) and Bruno Giacosa, who were the first to bring Arneis back from oblivion as a variety capable of making noteworthy dry white wines (Giovanni Negro of the Negro estate in Roero was also among the first to make dry Arneis wines). And when Ceretto launched their beautifully packaged, fruity and juicy Arneis Blangé (undoubtedly Italy’s most popular white wine of the early 1980s), the rest, as they say, was history, with both the variety and its wine becoming household names in Italy. Over the last two decades, many excellent to outstanding Arneis wines have been made by myriad producers (for example, Giovanni Almondo’s Bricco delle Ciliegie and Negro’s Perdaudin). Malvirà’s portfolio of outstanding and notably diverse Arneis wines also contributed greatly to the growing international as well as Italy interest in the Roero and Arneis. 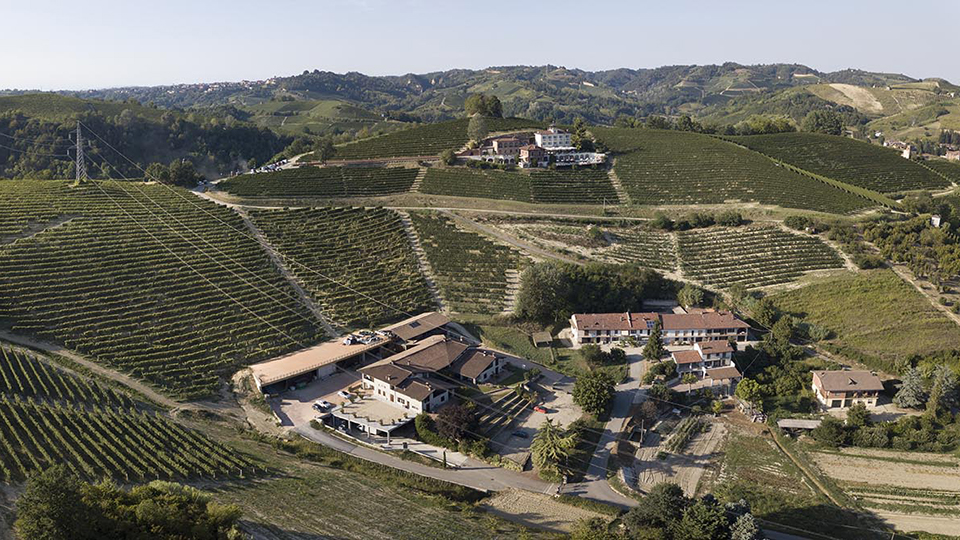 The Malvirà estate and countryside

Arneis is the most important white grape of the Roero. A local document from 1478 mentions the word renexi, derived from the Latin renesium, and it is believed that the word Arneis comes from this linguistic root. More importantly, a 1528 legal document pertaining to matters of inheritance clearly mentions a specific vineyard (vinea muscatelli et renexij), in which the “Renexij” is a cultivar much like Moscato Bianco mentioned in the same phrase. And so, over the centuries, the name of the grape and wine have evolved from Renesium to Renexij to Ornesio, and finally to Arneis. By contrast, a popular local belief is that the word Arneis is so similar to a local dialect expression meaning “little rascal” or “difficult” that many believe it is the real origin of the name. Although that theory remains open to considerable debate given the previous documentation I have alluded to, there is no doubt that Arneis is in fact difficult both to grow and to vinify.

Ampelographically, the variety is characterized by very compact bunches (some clones and biotypes have such tightly packed bunches that the grapes look slightly flattened). Arneis is a grape with naturally low levels of acidity, and it can overripen easily if left hanging too long in the vineyards. In the cellar the must tends to oxidize and brown very easily. Therefore, a great deal of viticultural care must be taken to safeguard a favorable sugar/acid balance in the grapes and to avoid making wines with atypically dark color (Arneis is typically straw-green when not oaked). 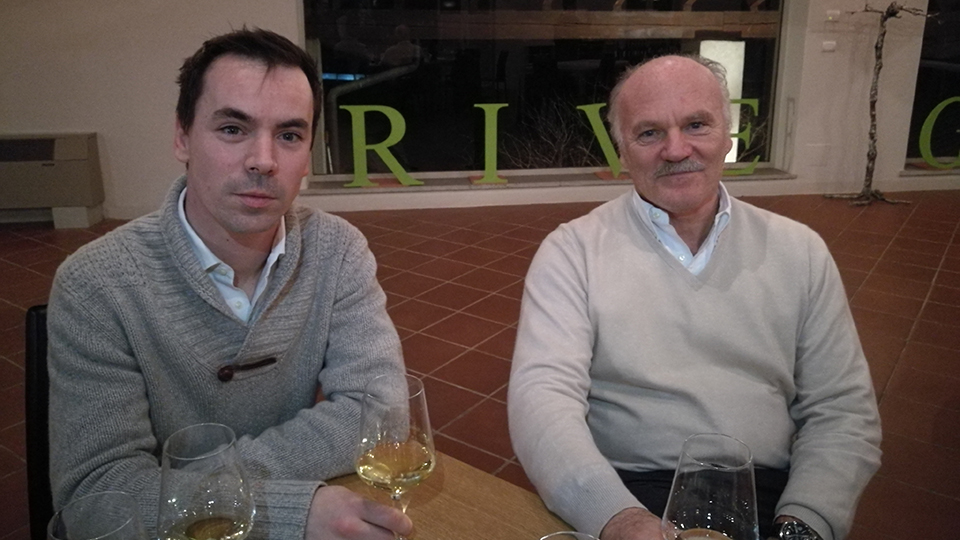 The Renesio vineyard was originally the property of the Vigna Dalmazzo family, who had bought it in 1979 from the Mailabaila-Dalpozzo family. The Vigna Dalmazzo family, which named their estate Antico Contado Renesio, produced wine from their holdings from 1979 through 1984 but then decided to cease this part of their activities, making the decision to rent out its vineyards while holding on to some of the old stone buildings on the property as a country retreat. The Damonte family began renting the vineyards in 1985, which was the first vintage of the Malvirà Arneis Vigna Renesio wine. The original vineyard was planted evenly to Arneis and Nebbiolo, and over the years the Malvirà estate has made both a Roero Arneis and a Roero red wine from this property (the production of the Roero was interrupted briefly for a few years while the Arneis has been made without interruption). Originally covering 4.7 hectares but expanded slightly to 5.4 hectares through the years as the Damonte family has been able to add four small contiguous plots, the vineyard is very easy to recognize from a distance owing to a double row of cypress trees that makes one think of Tuscany.

As Renesio was already famous for the quality of its wines back in medieval times, this led to its name being associated, Montrachet-like, with three other vineyards in the immediate vicinity of the original Renesio (Renesio Montorone, Renesio Incisa and Renesio Valbellina). However, the real Renesio is the summit of a hill that runs from roughly 270 to 340 meters above sea level, with the other hyphenated Renesio vineyards located lower on the hillside and characterized by different mesoclimates. Interestingly, and in contrast, for example, to the Cannubi vineyard in Barolo, there exists a map from 1750 that shows that the extension of the Renesio vineyard was clearly delimited and also lists all of its owners at the time. 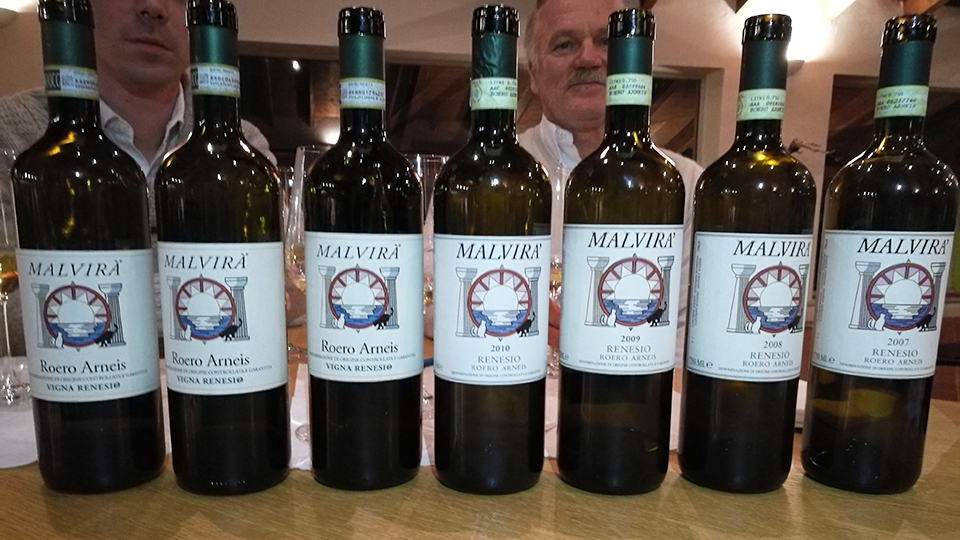 The soils are mostly calcareous clay. Renesio is the most limestone-rich of all the Malvirà vineyards (by contrast, the Trinità vineyard is characterized by soils with a higher sand content, while Monbeltramo has more clay). Malvirà’s Renesio vines average 25 years of age, with some vines as old as 50. The vineyard is planted to a mixture of nursery clones and biotypes, which show varying shades of yellow and green at ripeness. Roberto Damonte has tried both indigenous and selected yeasts, and he told me that he has not observed or tasted much of a difference between the wines they make. The Vigna Renesio Arneis is not usually put through malolactic fermentation. The wine is vinified and aged in stainless steel (unlike Malvirà’s Arneis Trinità, which is aged in oak) and spends about eight months on its lees before being bottled.

My tasting at the winery this past February demonstrated that Arneis, a low-acid grape variety, can give wines with some staying power. In fact, although Arneis is not meant for long keeping, its wines are more ageworthy than is generally believed. Holding onto Arneis wines from good producers in successful vintages for four or five years might make for interesting discoveries, but Arneis is so irresistible in its youth, brimming with soft, juicy peachy fruit, that deferring gratification is hard to do. Actually, Malvirà’s Renesio bottling is a much more mineral-tinged Arneis wine than most others.

In light of Malvirà’s huge success with Arneis and the number of different Arneis and Arneis-based bottlings the estate makes today, it is funny to look back at how things used to be. Just imagine that, back in 1985, Roberto Damonte had to argue with his father about even making the wine. And when he did produce all of seven demijohns (each holding 54 liters) that year, his mother poked fun at him, noting that she couldn’t cook rabbit every day for the family (in Piedmont, Arneis wines are often paired with rabbit, a food staple of the region) and subtly implying that the family wasn’t going to sell any of the Arneis wine and would have to drink it all themselves.

I tasted the wines in this report at the winery with Roberto Damonte in February of 2018 and again at my home in Rome in June of 2018 from bottles I purchased upon their release. I do such double tastings whenever possible to ensure that what is served to me at the estates is more or less what consumers purchased at retail. I am pleased to report that my tasting notes and scores were quite similar on both occasions.