One of Piedmont’s historic dining spots, Il Cascinale Nuovo celebrates its fiftieth birthday this year. My latest visit shows this historic spot to be none the worse for wear.

Il Cascinale Nuovo, located on a non-descript stretch of road connecting Asti to Alba, is anything but a non-descript dining destination. The fact that its owners, brothers Roberto and Walter Ferretto, are celebrating the restaurant’s fiftieth anniversary this year is a sure-fire sign they haven’t made too many mistakes along the way. The dining room is sleek and luminous, with tables that are spaced apart. Ambient noise is at a minimum, while service is professional and gracious. Some diners might like a little more life to it all, but there’s enough theatre in my life every day that when I go out to eat I just ask that those running the place are polite, reasonably friendly but not invasive – because we are not friends. I am a paying customer; if I were your friend, then I wouldn’t be writing a professional review of your restaurant. I appreciate genuinely warm and professional service, not to mention well-cooked food from finely-sourced ingredients and a great wine list with fair prices. Il Cascinale Nuovo meets all those requirements, and then some. 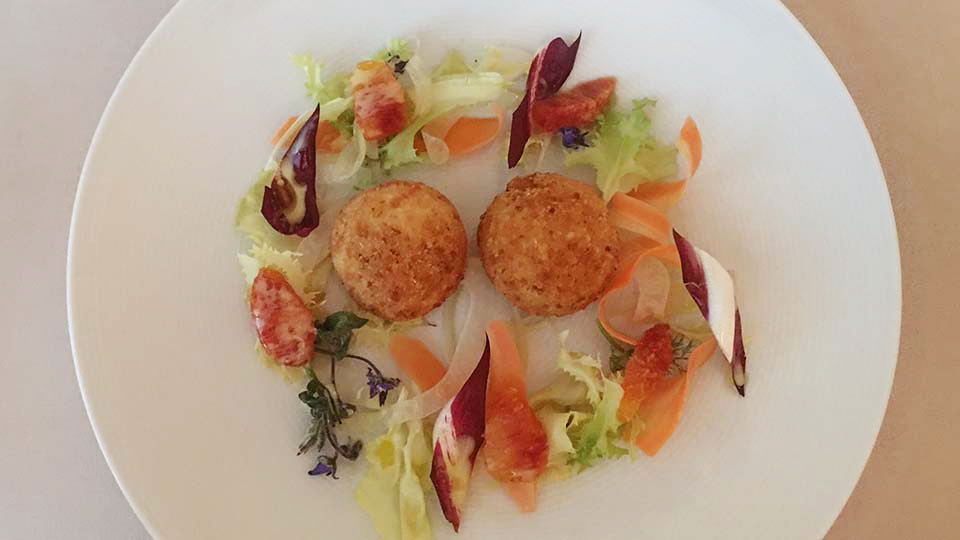 The history of the Ferretto family begins in the 1960s, when Pasquale Ferretto and his wife Giuseppina open the Locanda Antico Paradiso. In 1968, the Ferrettos  opened Il Cascinale Nuovo, where their son Armando and his wife, Silvana, began to feed and provide rooms to hungry travelers. The modern-day history of the restaurant starts in 1985 when siblings Roberto, who loves wine, and Walter, already a talented chef, take over and steer Il Cascinale Nuovo into a new phase of its life, one in which the food becomes less purely traditional, with the use of ingredients from near and far, and different cooking preparations. Today you might find tajarin, agnolotti del plin and white truffles alongside dishes that feature ginger or soy or tonka beans, the last three not exactly Piedmontese household staples.

My latest meal at Il Cascinale Nuovo was a success, with one well-prepared dish after another, sort of like one of those orchestras where all the single instruments and the musicians, are in tune. In fact, on this night I can’t pick a favorite dish, although I always come away thinking that the more traditional preparations are more interesting than those that lean in a modernist direction. So tonight, I have a slight preference for the veal chop over the pork, but the tajarin and the salt cod are the best dishes of the night. 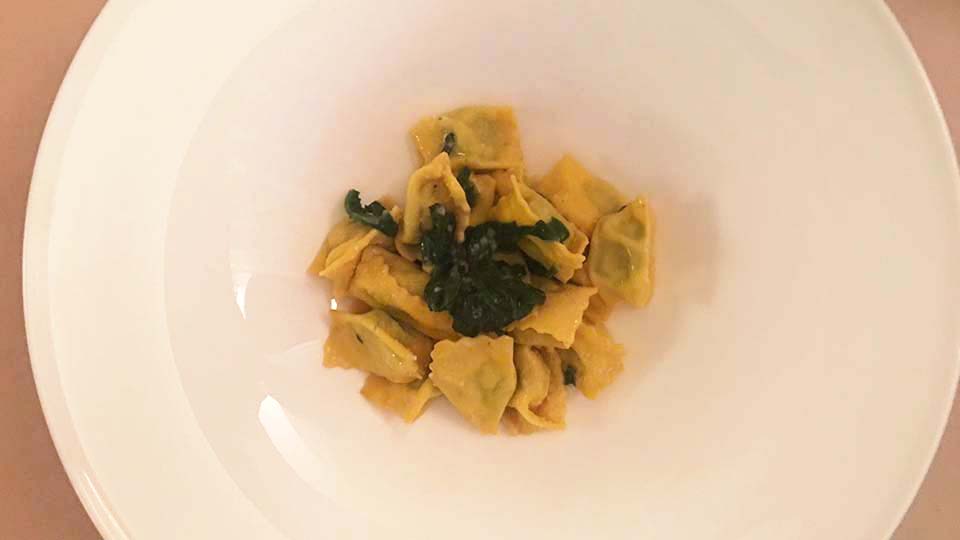 The wine list at Il Cascinale Nuovo is very impressive, and happily has a few older vintages of Barolo and Barbaresco to choose from. For the most part, wine prices are fair. The 2017 Bruno Giacosa Roero Arneis is a good example of what this venerable house achieves with this lovely white grape. I have long thought that the Arneis was by far Giacosa’s most underrated wine. The warm 2017 vintage has given us a slightly less vibrant and penetrating Arneis from Giacosa than usual, but it’s very flavorful and deep. The apple and pear flavors are a perfect start to the meal. The 2017 is another in a long line of fine Arneis wines from the house that bears the name of one of the three individuals who did most to bring back the variety from oblivion (along with Alfredo Currado of Vietti and Giovanni Negro of Negro). On a totally different level, the 2013 Vigne Marina Coppi Timorasso Colli Tortonesi Fausto is one of the best wines I have tried from this perhaps underrated estate. Even better, it is drinking beautifully now. Certainly, this estate’s Timorassos are no less compelling than those of more famous local producers. The Fausto in this vintage is especially judiciously oaked. A few years in the bottle have allowed the 2013 to mellow and gain in complexity and depth, with bright aromatic herb and ripe citrus fruits showing nicely. Stylistically, the Fausto is much less mineral than other Timorassos. 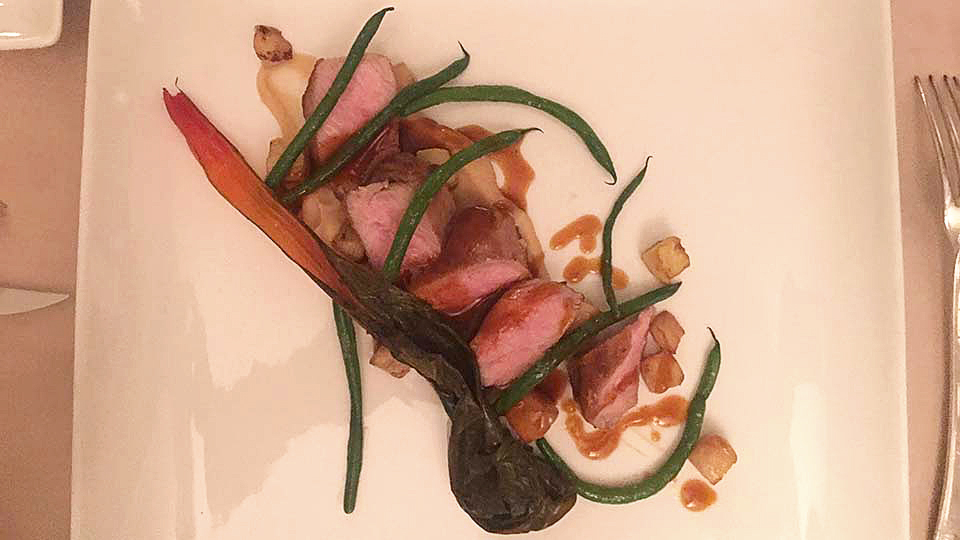 A fantastic wine that is a real surprise, the 2017  Marchesi Alfieri Grignolino Piemonte Sansoero is extremely intense, perfumed, juicy and fruity, showcasing remarkable balance and a fine-grained quality that are enchanting. One sip and I am thinking I should have asked Walter Ferretto to prepare a vitello tonnato for me as well. Alas, the Gods of wine are not with me on this night relative to Nebbiolo. The 1982 Scarpa Barbaresco Pajoré Barberis was unfortunately too oxidized to enjoy properly (or to judge, for that matter). The cork is not in fine shape either. What a shame that an older wine does not get a chance to shine because of a poor seal. 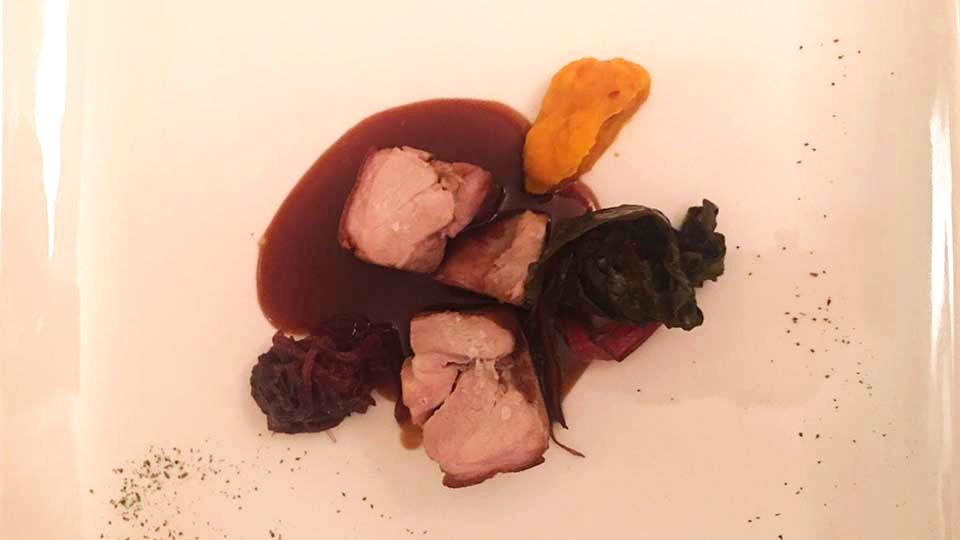 I finish dinner with two sweet wines, the 2001 Château Lamothe Guignard, from an outstanding vintage, and the 2012 Terre da Vino Vite Colte Moscato Passito Piemonte La Bella Estate, a not quite as outstanding a vintage for Moscato Bianco. Château Lamothe Guignard can at times represent a very good buy. Few people have the opportunity to drink older vintages of Sauternes, it’s nice to see Il Cascinale Nuovo offering their diners a chance to do so. The estate makes Sauternes wines that are Sémillon based, but this 2001 was never, and is not at all, in the unctuous style of that rich vintage. Lamothe Guignard used to be a part of a larger property from which other Lamothe estates splintered off, including Château Lamothe Berget and Château Lamothe Despujols (Philippe Guignard and Jacques Guignard acquired Lamothe Berget in 1981 and substituted their family name for that of Berget). The Vite Colte Moscato Passito is part of a new quality wine project of the huge Terre da Vino cooperative that began roughly twenty years ago. Three hundred growers set aside a small portion of their best vineyards to grow grapes for the top line wines of the coop, labeled with the Vite Colte moniker. It is a meritorious project that all wine lovers can only hope will prove successful. The Moscato Passito on this night is a little too simple, but lovely just the same. 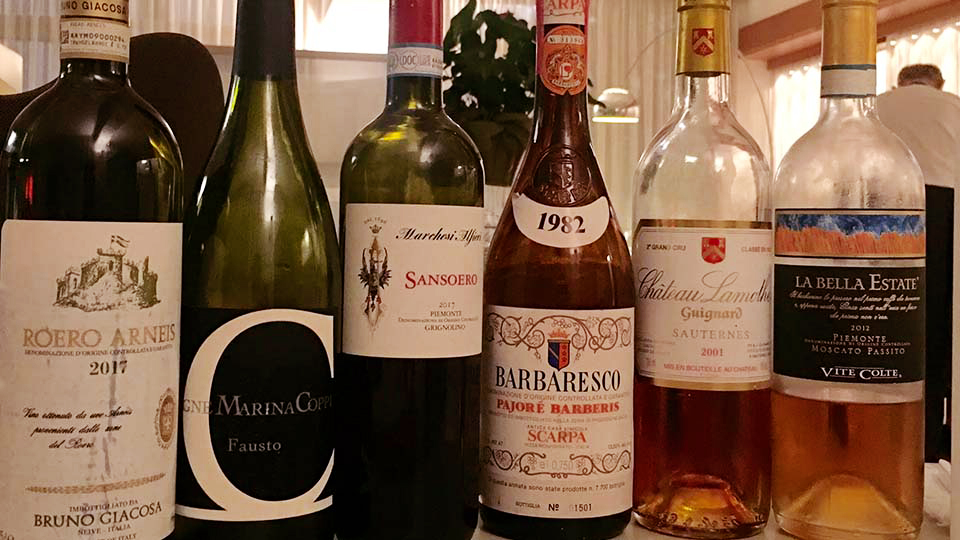