Although Barolo, Barbaresco, and, more recently, Alto Piemonte get the lion’s share of attention, Piedmont has so much to offer beyond those highly-regarded appellations. Dolcetto, Barbera, Freisa, Timorasso and a host of other indigenous varieties give consumers myriad options for discovering the breadth of diversity that makes Piedmont one of the world’s most dynamic regions. 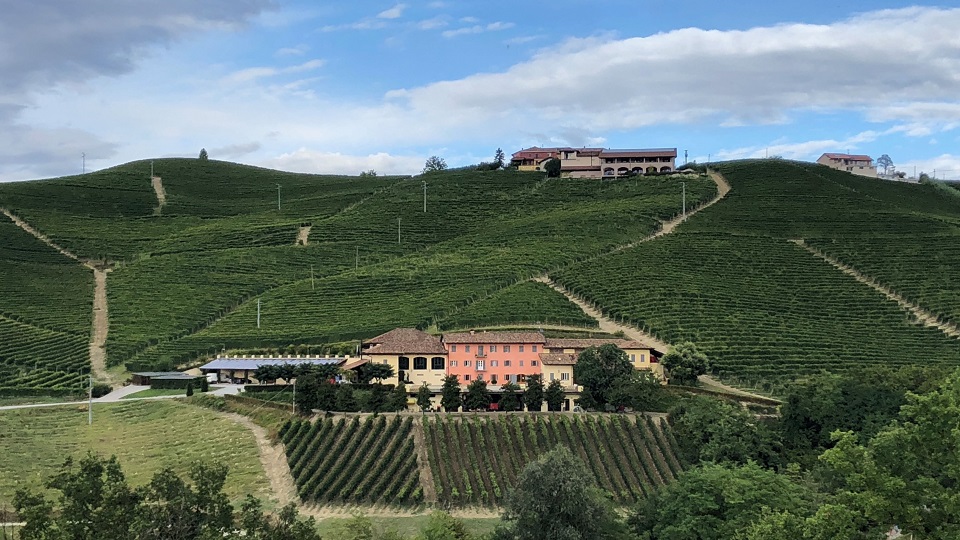 Marchesi di Grésy’s Martinenga estate in the heart of Barbaresco, with Asili and Rabajà occupying the upper slopes of the hillsides to the left and right respectively

The Wines in This Article

The wines in this article can mostly be divided into several major themes:

1) Dolcetto, Barbera, Langhe Nebbiolo from top Barolo and Barbaresco estates. I have long believed that the most accurate barometer of where an estate sits on the qualitative hierarchy is its most humble wine. Readers will find dozens of affordable wines from leading estates.

3) Roero – Arneis, Barbera and Roero (Nebbiolo) all find striking expressions in Roero, which lies across the Tanaro River from Barbaresco.

4) Dogliani – Dolcetto is the main variety cultivated in and around Dogliani. The Dolcettos, which carry the name of the appellation, are typically darker and more powerful than those found elsewhere in Piedmont. 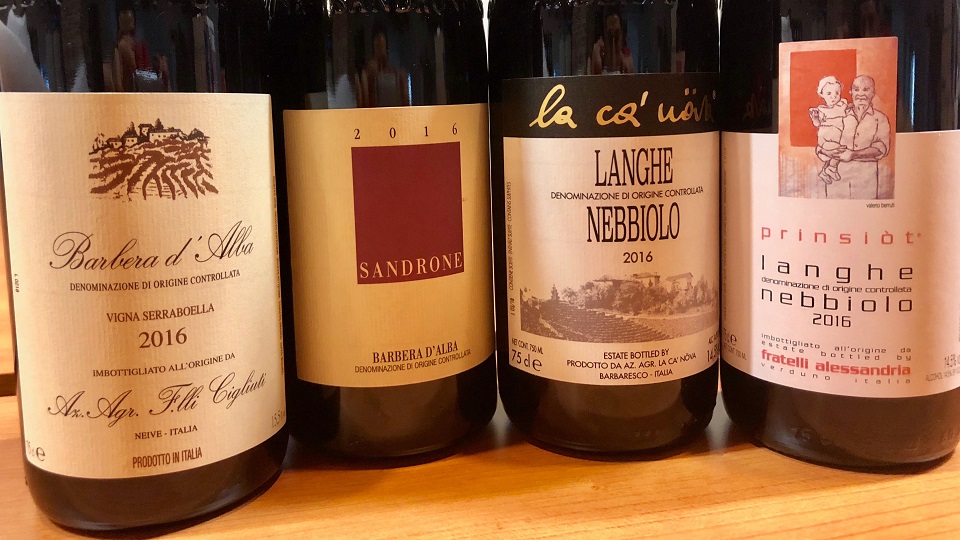 In 2017, Piedmont experienced and unusually warm, dry growing season. The wines all have an extra kick of richness and overall breadth. Although by no means a classic vintage, 2017 yielded a number of sumptuous, racy Dolcettos and Barberas. Nebbiolo, which does not thrive in these conditions, was more challenged, at least at the Langhe Nebbiolo level. Overall, the 2017 entry-level reds are tasty and approachable, but not quite as alluring as the 2016s. The 2017 whites seem best suited to near term drinking.

The 2016 growing season was marked by even weather, with no shock events, and a relaxed, easy harvest. There is an effortless, quality that comes through in all of the wines, at all levels. Dolcetto and Barbera are both fabulous, while the 2016 Langhe Nebbiolos will give readers a good idea of what to expect when the 2016 Barolos and Barbarescos are released in the coming years.