I came away from my late summer tastings of Barbarescos deeply impressed. The region, which has so often appeared sleepy and backward, especially compared to Barolo, seems to be going through a brilliant phase. Reference-point estates are upping their game, while a number of ambitious, young winemakers are making significant improvements in quality. The 2016s, wines from a potentially historic vintage, may very well put Barbaresco on the map big time. As I traveled from producer to producer, I experienced that sense of excitement and energy I always feel when in the presence of important vintages and wines. 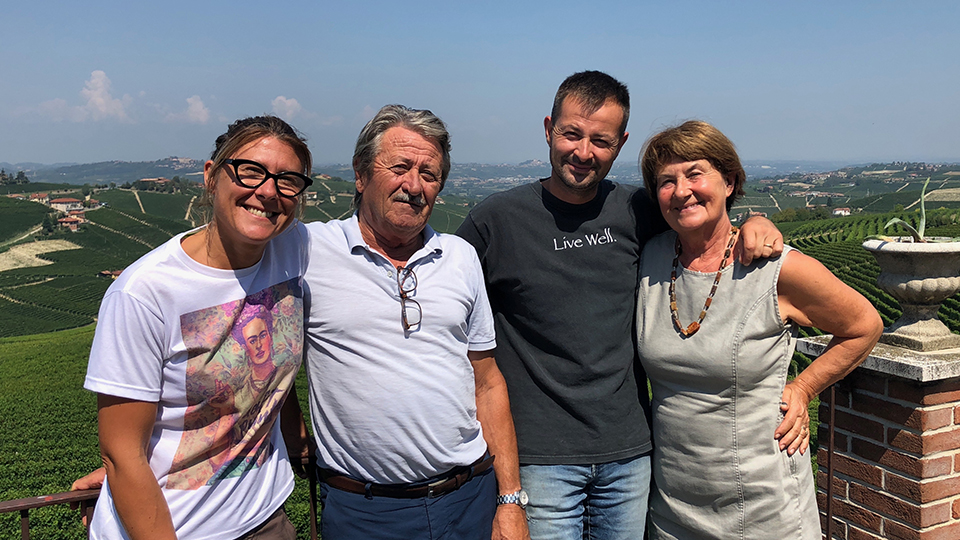 The Sottimano family, Elena, Rino, Andrea and Anna on the terrace of their home in Neive

I first visited Barbaresco in 1997. Like many observers, I often felt Barbaresco was underachieving the potential of its vineyard sites, many of which rank among the finest in the world. Fast-forward to 2018 and things are very different. Andrea Sottimano, Claudia and Silvia Cigliuti, Luca Roagna, Francesco Rocca, Danilo Nada, the Gaja siblings and so many others are bringing a much needed dose of youthful ambition and fresh perspectives to their family estates, and that is very much coming through in the wines. This report focuses mostly on the 2016s and 2015s, with smattering of current releases from recent vintages. 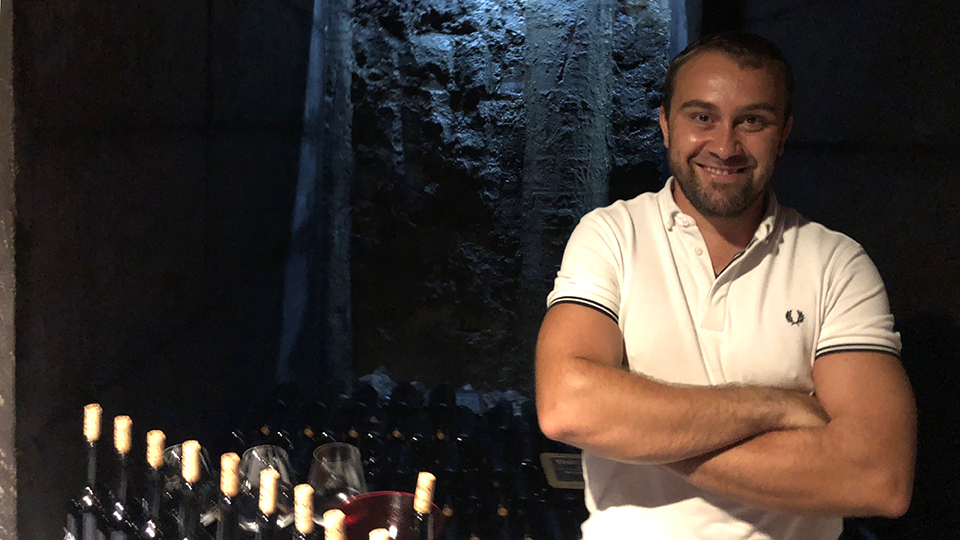 The young 2016 Barbarescos are some of the most compelling young wines I have tasted in twenty years of visiting the region. Many of the 2016s are still in barrel, but the picture that is starting to emerge from wines I tasted in bottle and cask is of a very high quality vintage with the potential to be truly extraordinary.

Two thousand sixteen got off to a late start. Cool, rainy weather during the spring months yielded to warmer conditions during the summer months with no sustained heat spikes and cold evening temperatures (with wider diurnal shifts than 2015), conditions that are considered ideal, especially for Nebbiolo. The long, moderate growing season with no shock events led to a leisurely October harvest that was on the later side relative to present day standards. As is my custom I spent two weeks in Piedmont in late August. What I remember most from that time was a period of low humidity and intense, but gentle luminosity. Low humidity at the end of the summer is pretty unusual. The views were crystalline, and similar to those of a perfectly winter day. Ripening during the shorter, cooler days of September and October is far preferable to warm years, where the final phase of ripening takes place during the long and very hot days of July and August. 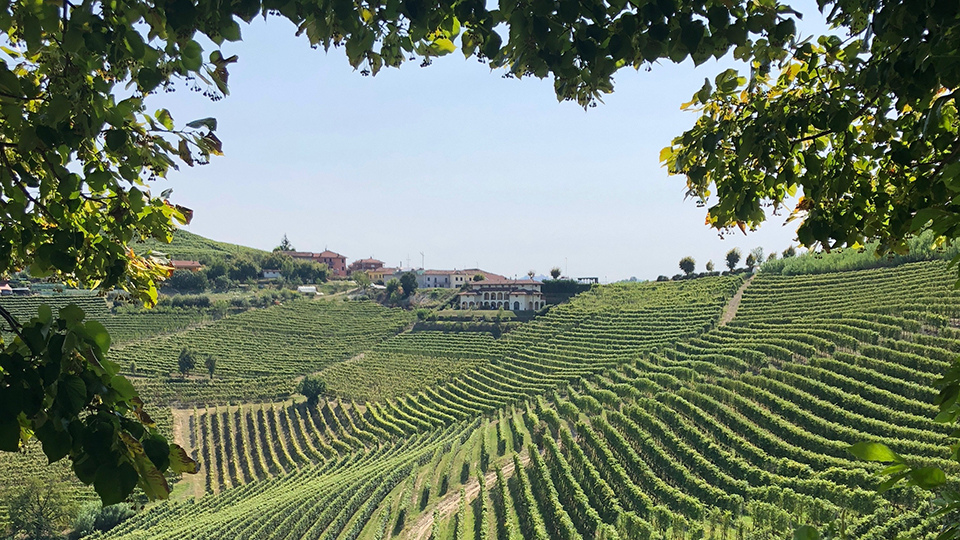 The view from Teobaldo and Maria Rivella’s small estate, Barbaresco

In tasting, the 2016s are extraordinarily harmonious. The extended growing season yielded wines with healthy Nebbiolo fruit, soaring aromatics and perfectly ripe, super-polished tannins. A number of producers told me they had both healthy maturities and low pHs in 2016, a combination that is unusual. Stylistically, the 2016s remind me of the 2004s, but with more fruit and the added finesse that comes with another dozen years of experience in farming and winemaking. The best 2016s I tasted are positively dazzling. Most of the 2016s have only recently been bottled, and yet their quality is evident. 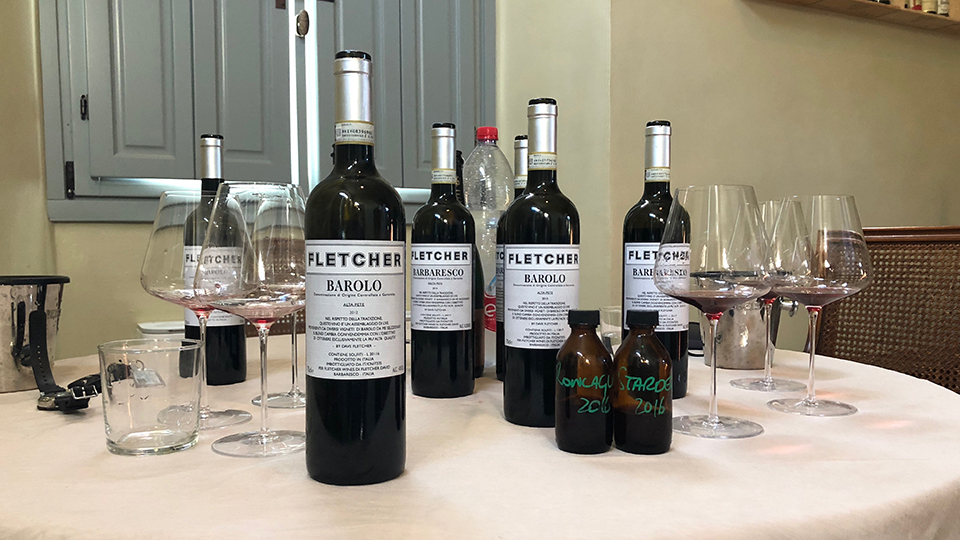 Tasting through the range at Fletcher, one of Barbaresco’s newest wineries

Two thousand fifteen was marked by mostly warm and dry conditions that were a welcome respite after the considerable stress of 2014. The growing season started with significant rain and snow in the winter of 2014/2015 that would prove to be critical later on. Warm weather at the beginning of the year caused the vines to awaken early. The critical periods of budbreak, flowering and fruit set all benefited from benign conditions. Sustained heat followed from late June and all through July, which accelerated the final phase of ripening and ultimately led to an early harvest. Water reserves accumulated throughout the winter became essential during the very dry summer months.

The first thing that is obvious about the 2015s is that most of the wines are pretty elegant. In other words, there is huge difference between how growers deal with a warm vintage today and how they responded to similar conditions in the 1990s and 2000s, when the preference was to make huge, potent wines. Broadly speaking, the 2015s are generous Barbarescos with soft curves and a good bit of fruit intensity, but they aren’t overdone. The finest 2015s are rich, ample and quite giving, with perhaps just a touch less site-specific detail than in cooler years. But there are also some disappointments. The hot weather appears to have blocked ripening in several spots. I tasted a number of wines that are unusually forward in both their color and overall freshness. These wines often show modest structure and a candied fruit profile.  As a whole, the 2015s are marked by tannins that are slightly coarse, especially in comparison with 2016, a year in which the long growing season allowed for far more consistent ripening. The best 2015s have enough fruit to provide a measure of balance, but in less successful wines the quality of the tannins is much more evident. 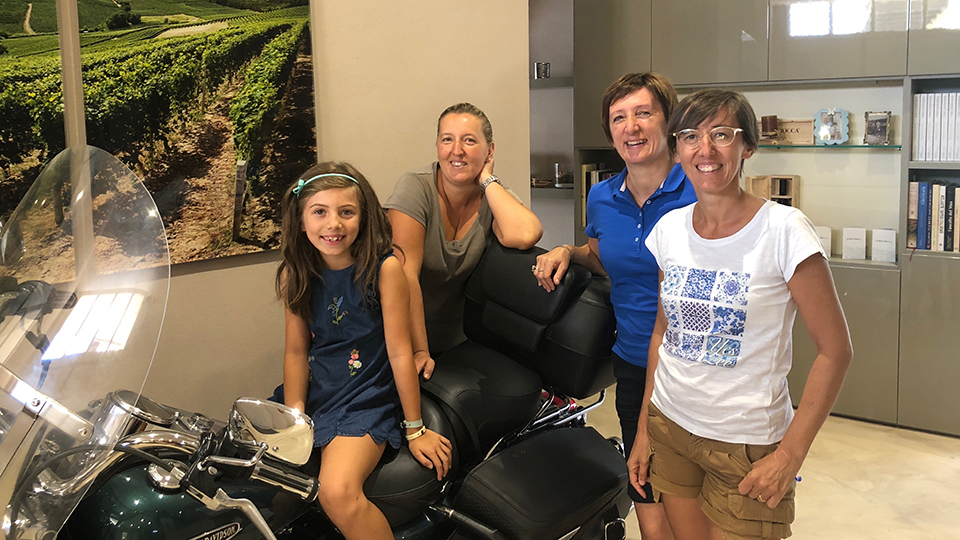 I tasted most of the wines in this article in Piedmont in August, and then followed up with additional tastings in the Vinous office in New York in September and October 2018.

The Last Frontier: The Nebbiolos of Alto Piemonte and Valtellina, Antonio Galloni, June 2018