Mother Nature gave growers fits in 2014, but picture perfect conditions during the last month of the growing season saved what had been a very challenging vintage up until then. The 2014s are vibrant, pointed, mid-weight wines with bracing acidity and energy. This report covers mostly new releases from the 2014 and 2013 vintages, both cool, late-ripening years in which quality is variable. The best wines are striking and well worth seeking out, but readers will have to be selective. 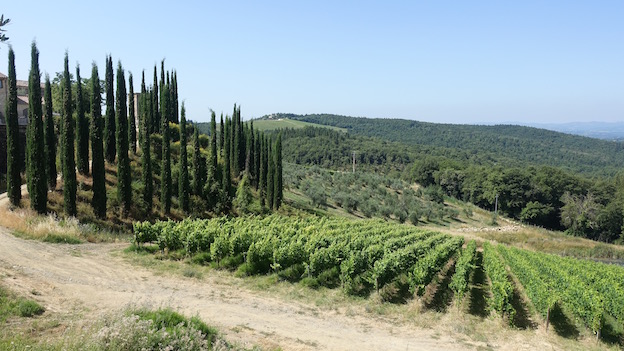 The 2014 Growing Season and Wines

Two thousand fourteen will be remembered as a cool, overcast and damp year. I remember the summer well, as I spent most of it in Italy. In addition to the challenging growing conditions – some of the most difficult many growers had ever seen – producers had to deal with the Drosophila suzukii, a fruit fly that appeared just as grapes began to approach full ripeness.

Bloated grapes were pushed to limit. Skins were fragile and disease pressure was high. Then something amazing happened. The weather improved dramatically from approximately mid-September to mid-October as classic fall conditions with dry weather, warm days and cool nights set in. By that time, grapes in less favored positions were already compromised and had to be picked. But in places where grapes were healthy and skins were thick, the grapes were able to take full advantage of the spectacular last month of the growing season. If this sounds familiar, it should. Conditions were similar across much of Northern Europe, as Vinous readers will have likely already seen in other recent reports.

Of course, Chianti Classico is a large area with myriad sub-zones. Consider that, as an example, Querciabella harvested their vineyards in Greve in mid-September but only brought in their Gaiole fruit a full month later. A month’s difference in picking times between areas within the same region is significant, but in a year where the last month makes or breaks the vintage, those few precious weeks can very well be the difference between average and exceptional quality.

Because of their high acidities, in many cases, the 2014s will remind old-timers of the Chianti Classicos of a previous generation, but the wines may come as a shock to consumers who are more familiar with recent warmer vintages. As readers will discover in the accompanying notes, I tasted a few wines that were quite dark and intense, something that could only have been achieved through concentration in the cellar as winemakers struggled to reach better skin to juice ratios than what Mother Nature provided. Most growers plan on bottling their top labels. Production will be down sharply as severe selection was essential, both in the field and later in the cellar. I expect to see at least a few monumental, captivating wines when the top selections are released next year. 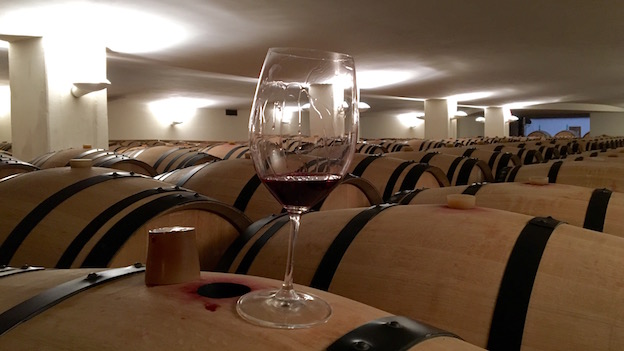 The 2013 Growing Season: Ups and Downs

Two thousand thirteen was totally different from 2014. In 2013, most of the challenges of the season came towards the end. The year got off to a late start. Budbreak and flowering were delayed by about ten days. A number of growers I spoke with reported uneven fruit-set that lowered production. Depending on location, yields were average to below average. That may have been a blessing in disguise when more challenging weather appeared later on. Summer provided a good bit of heat, but without prolonged periods of excessive or suffocating heat. The real issues in 2013 came with two significant rain events during harvest, the first of them quite violent. But rain during harvest is not a new phenomenon in Chianti Classico. Growers also had to deal with rain during harvest in 2010. As always, it comes down to timing, and in 2013, the rains were not severe enough to significantly lower the quality of the vintage, although the wines are clearly marked by the conditions of the year, as explained below. One of the key differences vis-à-vis 2014 is that in 2013 the fruit was generally healthy and clean when the rain arrived. As a result, the grapes were largely able to come through that difficult period without any major consequences.

The best 2013s have striking depth and the energy, with the lower alcohol and vibrancy that is typical of a cooler, later-ripening vintage. At times the 2013s come across as slightly denser, richer versions of the 2010s, which may be attributable to lower yields in some places. Where conditions were more challenging, the 2013s are medium in body but where the weather was most challenging, the wines lack depth and structure. In almost all cases, the 2013s show slightly nervous, edgy tannins that need time to settle down. I don’t see quite the level of profound elegance, power and consistency across the board as in 2010, although the vintage did produce a number of truly magnificent wines. As is the case with the 2014s, readers will be well served by being selective. 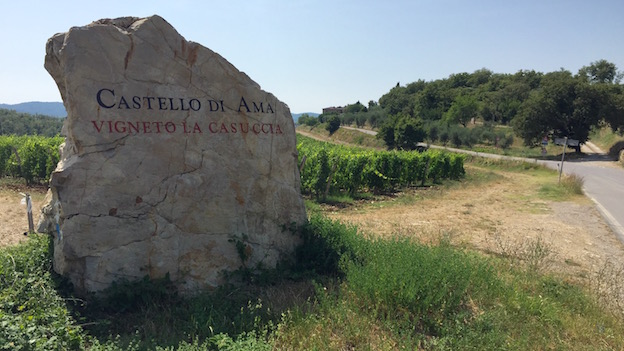 Tips on Building a Cellar

I often hear from consumers who are frustrated by the state of the market. Wine lovers are increasingly priced out of Burgundy and Piedmont, where the most desired bottles are both expensive and hard to find. Availability is less of an issue in Bordeaux, but the top châteaux have priced their wines so they are out of reach of all but the wealthiest consumers. In Napa Valley, the latest new wines with no track record frequently debut at astronomical prices.

This past summer I tasted through a number of 2006s for an upcoming retrospective. Among other things, I was impressed with how well the basic Chianti Classicos from top estates were developing. I was once again reminded of how compelling these wines can be. At their best, the wines of Chianti Classico:

3)    are relatively easy to source

4)    are well-suited to the dinner table

Consumers who are just starting out with the goal of building a cellar for drinking (as opposed to collecting) for the next 20-30 years but without spending a fortune should be taking a serious look at Chianti Classico. I suggest buying case quantities of the finest straight Chianti Classicos from the best estates in top vintages. Most of those wines will cost $25-35 a bottle (if not less) and will drink beautifully for 20 years, give or take. The next level up, the best Riservas and Gran Seleziones, will set readers back little more, but are generally worth taking a look at. The region’s elite reds, including but not limited to, wines such as Pergole Torte, Il Poggio, Percarlo, Tignanello, Cepparello, Vigna del Sorbo, Flaccianello, Sodi di San Niccolò and Rancia remain reasonably priced within the context of fine, cellar worthy wines and will drink well for 25-30 years, perhaps more. At the very top level of prestige, wines like Ama’s Apparita, Rampolla’s Alceo and Antinori’s Solaia are certainly not inexpensive, but they have established track records. Virtually all of Chianti Classico’s top estates have been profiled here in previous years. The Vinous site and database contain a wealth of information on those producers and their wines. 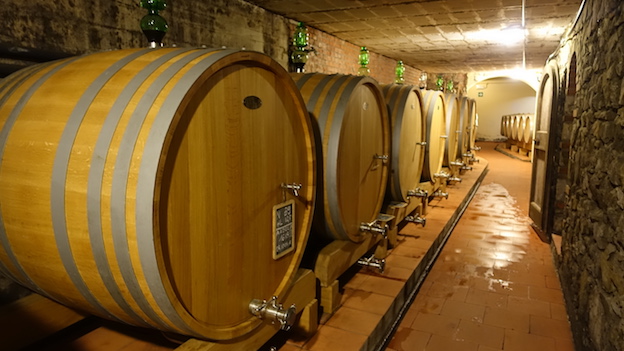 Chianti Classico recently celebrated its 300th anniversary, which is defined as the date Cosimo III de' Medici first delimited the zones of Chianti Classico, Pomino, Carmignano and Val d’Arno di Sopra. The occasion was marked with a number of events, including an appearance by Prime Minister Matteo Renzi, a native of Florence.

Despite a rich historical legacy that can’t be denied, the reality is that, for all of its virtues, Chianti Classico lags global peers in several key areas. Too many cellars still rely on passive temperature control, if the word ‘control’ can even be used. Let me be clear: given today’s climatic conditions the modern winemaking and aging cellar MUST – let me repeat MUST – be temperature and humidity controlled. There are a few passive cellars that can handle the rigors of today’s climate, but they are the exception and they certainly cannot be said to be optimal.

The understanding of the importance of temperature control in both professional tasting settings and restaurants is totally lacking. The number of wineries this year where I was served wines in hot rooms with no air conditioning in the middle of the summer is more than I care to remember. So, after going through everything it takes to make great wine – investing in vineyards, planting vines and actually making the wines, a cycle that takes years, if not decades – producers all too often show their wines in the worst of settings. Why? The reasons are many, and include high energy costs and more relaxed attitude towards life in general that, at its worst, is expressed as apathy.

It is not uncommon to go to a restaurant and be served a bottle of San Pellegrino ice cold and a fine red wine at broiling room temperature on the hottest day of the summer. If you think I am exaggerating, well, sadly, I am not. I have stopped ordering anything more than basic Chianti Classicos, as all too often ordering a good bottle is essentially the same as throwing good money down the drain. Italians have long had a cultural aversion to air conditioning. That old-fashioned attitude, which is totally outdated today, also spills over into wine storage in restaurants.

Tuscany, and specifically Chianti Classico, is one of the most privileged spots anywhere in the world. How many other regions can compete with what Chianti Classico has to offer in terms of terroirs, wines and food? And that is before one takes into consideration the breathtaking scenery and dazzling collection of art cities, museums and other cultural riches that frankly very few places in the world can even come close to. Chianti Classico has the potential to belong to the world’s elite, but much work still remains, especially in eradicating provincial attitudes that are a handicap in today’s world. All too often, my impression is that the locals don’t truly understand or even appreciate what they have been given. That makes the estates in this article that did well in 2014 and 2013, two challenging vintages, all the more worth celebrating.