Two thousand-eighteen is shaping up to be a terrific year for Champagne lovers, as there are a number of new releases in the market, from large houses and small estates alike, including many wines that are being offered for the first time. Champagne continues to be one of the most fascinating regions in the world. Of course, the best wines are compelling, but it is the fast pace with which new Champagnes and estates continue to emerge that makes the region so exciting today. The 2018 Summer Preview mostly focuses on new releases in advance of my much larger and more comprehensive annual fall coverage. 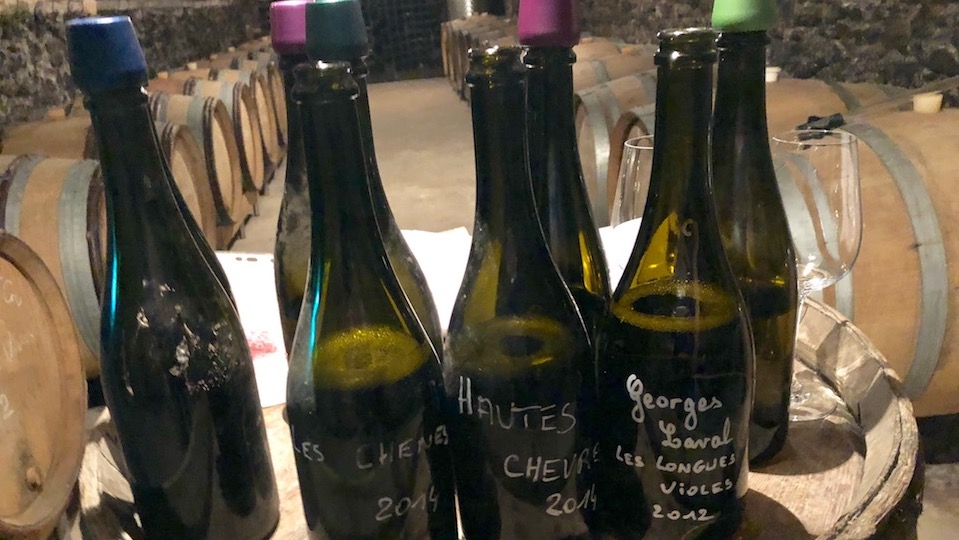 Tasting in the cellar at Georges Laval, Cumières

As I have done for over a decade, I spent a week in March tasting the young vins clairs. These are the base wines, before they have been blended or bottled (which is where the wines get their prise de mousse or bubbles.) More than any year I can remember, 2017 is a vintage of sharp contrasts in terms of both the quality of the wines and also the approaches various estates took in dealing with the challenges of the growing season.

A deadly spring frost hit Champagne in April, as it did many regions in France, curtailing potential production anywhere from minimally to 60-70% in the worst hit areas. On average, the houses I visited for this article are down around 30% across the board. The critical summer months were very hot. Heavy, insistent rains characterized the two weeks between August 15 and September 1. Meunier appears to have been the most affected variety. Some growers told me they did not pick any Meunier at all. Pinot Noir was afflicted by severe disease pressure that required diligent sorting. Chardonnay came through the best for several reasons. The Côtes des Blancs was spared the severe rains that fell in the northern sectors of Champagne. Well-drained terroirs dealt best with the rains, and of course, Chardonnay benefitted from naturally thicker skins that made the grapes more resistant to disease pressure than was the case for red grapes. I did not venture into the Aube, but the samples I tasted and the reports I heard point to a far less traumatic harvest there. 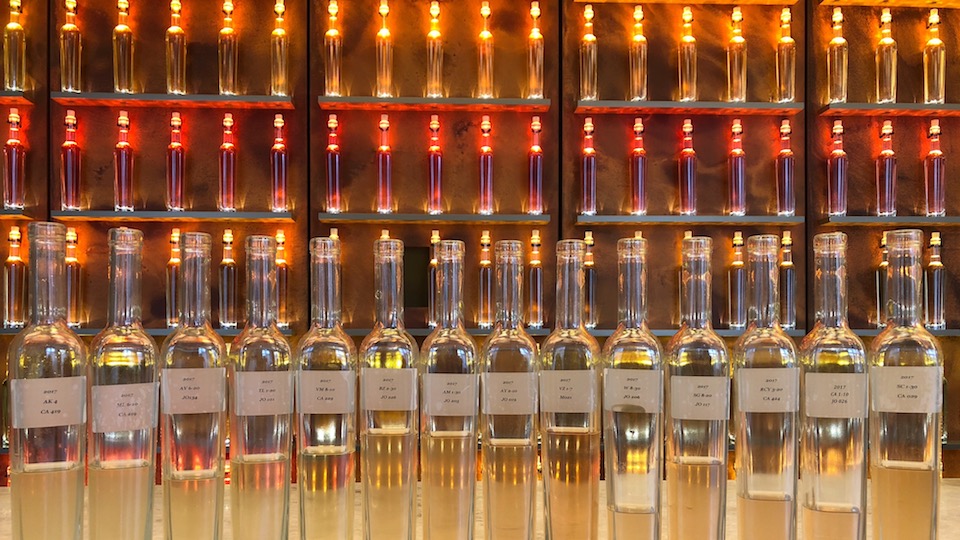 The combination of elevated maturity and degrading fruit created the classic dilemma for growers to either pick early and risk having elements of underripeness, or wait for full physiological maturity, but accept elevated sugars and or/heavy losses because of rot. In addition, 2017 reveals the different approaches to picking favored by Chefs de Caves. At Krug, harvest started on August 25 in Clos du Mesnil, very early even by the standards of an early year. "We don’t want to pick anything above 10%. We had everything from Clos du Mesnil in by September 1, the official starting date of the harvest,” Chef de Caves Eric Lebel told me. It was a totally different story at Jacquesson. “Ripening was uneven. We would like to pick at 11% or higher and ripening just stopped in some vineyards.” Jean-Hervé Chiquet explained. “Too ripe does not exist in Champagne,” he added with a grin. "The average level of alcohol in the cellar is 11.5%, which is very high for Champagne. Usually we look for 10.8% maximum, maybe 11%." Rodolphe Péters told me. "But I don't look at sugars, acidity or pH. Instead I taste the grapes and pick when the fruit is fully ripe. I went back and looked at our cellar records. My father never harvested a vintage like 2017, but my grandfather picked grapes with similar parameters in 1959."

“Normally I try to wait as much as possible, but not in 2017. The key was to pick early and quickly,” Laurent Champs told me at Vilmart. “This was a vintage in which we had to start early. All of the parcels were at 11% potential alcohol or higher, and moving upwards quickly. We lost 30% of the crop to spring frost. The last time I saw damage like that was 2003,” he added. For Fred Savart, the key was patience. “I waited 4-5 days longer than I initially thought, as I did not want a repeat of 2011, when we harvested at 9%.”

“Overall, we are happy, but 2017 was a very hard year,” Guillaume Selosse recounted. “The Chardonnays set a low crop after a generous 2016. Yields were heavily impacted by frost and a severe selection that was necessary at harvest. For Pinots, it was the exact opposite. We had tiny yields in 2016, and then a huge potential crop in 2017, but also significant disease pressure that required a lot of sorting. Our production is down by about 35%,” he added. Jérôme Prévost was heavily affected by the spring frost, which wiped out as much as 80% of the potential crop on the lower slopes. “As if that was not enough, we then had the rain of 2001, the rot of 2010 and the Drosophila suzukii crop pest of 2014,” Prévost elaborated with obvious and understandable dismay.

The early consensus favors Chardonnay over Pinot Noir and Meunier, largely because the Côtes des Blancs saw one-third as much rain in August as the most heavily affected Pinot Noir villages in the Marne Valley and Montagne de Reims. “It is a great Chardonnay vintage. The balance of sugar and acidity in the Chardonnay is something we have not seen since 1947," Roederer’s Chef de Caves Jean-Baptiste Lécaillon told me. "My initial plan was to begin picking on September 4, but when I saw the Pinot Noir deteriorating, I moved up the start of the harvest to August 30 and shifted all of the crews to the Pinots. We picked everything in the Marne Valley in seven days instead of twelve. It was fast and furious," he detailed. Lécaillon did not bottle a Brut Premier, Cristal or Cristal Rosé, but did make a vintage Blanc de Blancs and Vintage Rosé. “The Chardonnays are terrific. The Pinot Noirs required a lot of sorting, and we didn’t even bother picking the Meunier. With Pinot Noir, basically one bunch out of three ended up on the ground. Yields are down 35%.” Olivier Collin recounted as we tasted his 2017s from barrel. “It is true that Chardonnay, in general, is better than Pinot, but the peaks of Pinot – of which there are admittedly very few – are truly special, where growers were able and willing to perform an insane amount of sorting,” Raphaël Bérêche explained.

Except where conditions were truly dramatic, most small estates will bottle their entire range of 2017 Champagnes. Among the larger houses, Dom Pérignon and Ruinart will bottle their tête de cuvées. Philipponnat will release a small amount of Clos des Goisses, but no other vintage Champagnes or single-parcel bottlings. Taittinger bottled a small amount of the Comtes de Champagne, but not the Comtes de Champagne Rosé or Vintage. Salon and Roederer (as explained above) are among the houses that will not release their flagship Champagnes. 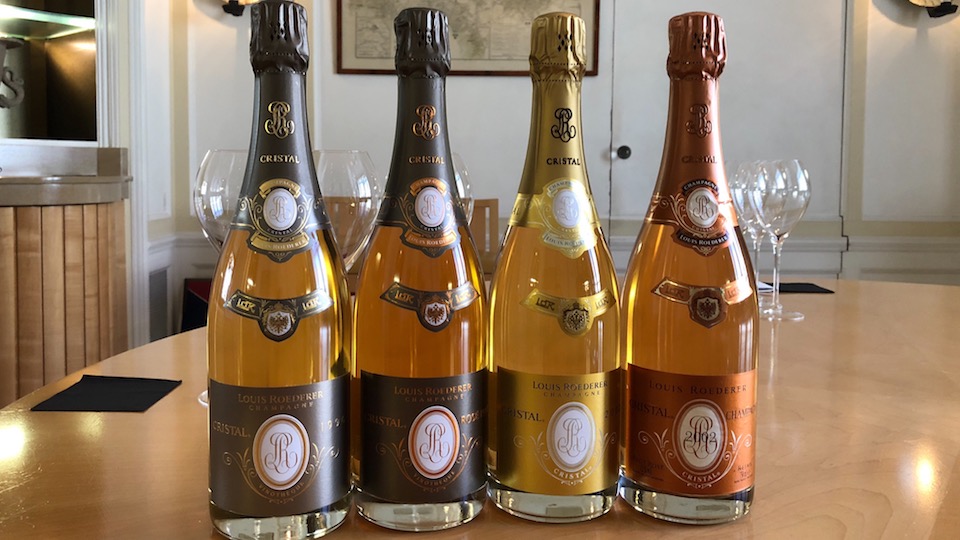 Sadly, it has become increasingly evident that Champagne is heading the way of Burgundy – and other highly coveted regions, to be fair – when it comes to prices and availability. The global appetite for Champagne has reached a nearly insatiable level for the top 30-40 producers. Cult-like status was once reserved for Anselme Selosse, whose wines have been hard to come by and expensive for some time. But things have changed dramatically, especially over the last 5 or so years. When I first started buying and drinking Cédric Bouchard’s Champagnes, very few people knew about him. Today, those wines are just as hard to get as any top-flight Burgundy, and allocations – when they are more than a single bottle – are pitifully small. The phenomenon of highly allocated wines, once limited to just a few growers, now applies to several dozen estates, perhaps more. And that will only increase as consumers continue to recognize the value Champagne offers for artisan wines that are driven by a deep expression of place. Moreover, Champagne is extremely food friendly, especially with the lighter, more transparent style of cooking that is favored by so many leading chefs today. 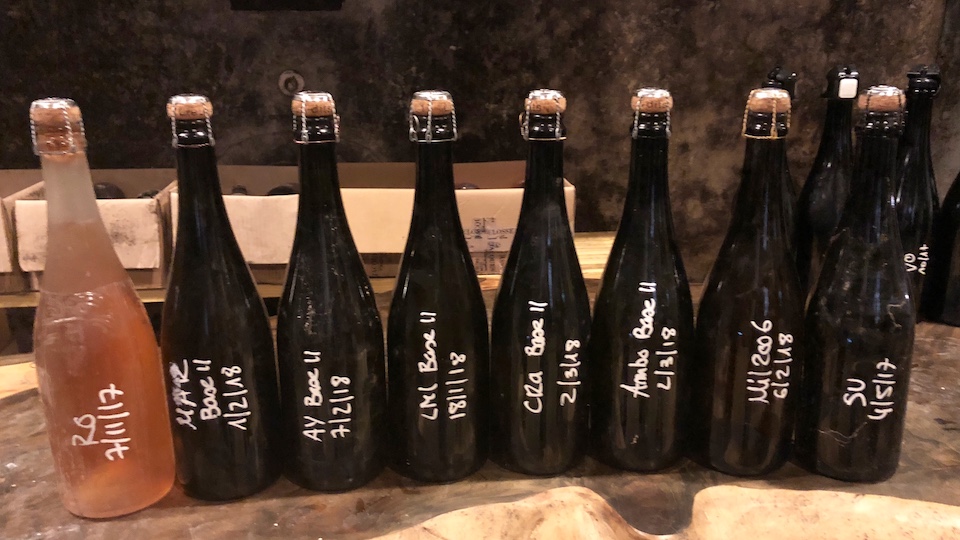 Tasting through the entire range at Selosse, Avize

While volumes for the most desired wines are low, I believe consumers will be shocked to see where prices are heading. It will soon be Burgundy all over again. Among the large houses, Krug pioneered the concept of the ultra tête de cuvée with Clos du Mesnil (first released with the 1979 vintage), while Dom Pérignon has brilliantly marketed their second and third-plenitude releases, first known as Oenothèque, and now as P2 and P3. I am frankly surprised it took this long for other maisons to follow suit, but they now have. Ruinart, Philipponnat and Roederer are among the houses that have new, ultra-high end wines in the market. Growers aren’t being left behind, as can be seen by new cuvées from Vincent Laval, Vilmart, Pierre Péters and others. Readers should be thinking very carefully about building relationships today to ensure a reasonable supply of wines in the future. The only real mitigating factor is that Champagne still lags other regions in the secular move that has transformed estates that once sold fruit and/or bulk wines into true domaines that bottle their own production. In other words, there is every reason to expect and hope that the next generation will see the continued emergence of young artisan domaines, and that, of course, is a very positive development.