Champagne: So Much More Than a Celebration Wine

Readers will find a bevy of compelling, totally thrilling wines among this year’s crop of new releases. With the holidays right around the corner, I am reminded that most Champagne is drunk during celebrations and/or at the beginning of meals. But the truth is that Champagne is one of the world’s most versatile wines. Superbly adept at pairing with a wide variety of foods, Champagne is a great wine for the dinner table. Nowhere is this more obvious than in my travels throughout Italy, where it is common to see copious amounts of Champagne being enjoyed alongside food in restaurants of all levels. If the Italians know anything, it is how to live, as there is no country in the world where high quality food and wine are such a central, essential part of life. I urge readers to take the time to explore the wines in this article, not just as aperitifs or for celebrations, but with food at the dinner table.

An Update on Disgorgement Dates and Non Vintage Champagnes

Some important trade constituents do not want consumers to have access to this information for many reasons, one of them being they fear older disgorgements will be frowned upon in favor of more recent disgorgements. The trade is also concerned consumers will only focus on specific disgorgements that have received positive reviews and ignore other recent disgorgements of the same wines that are likely to be substantially similar. I think that our readers are smart enough to make their own informed decisions. Let me be clear; older disgorgements are not more or less desirable. They are just different. In some cases, older disgorgement are actually favorable, if – and it is a big if – wines have been properly stored. Take a house like Bruno Paillard that as a policy releases wines with some time on the cork. Those wines improve over time, so older disgorgements are a net positive. By the same token, a wine that has been very recently disgorged might need more time on the cork. I learned this lesson recently with a bottle of Krug’s NV Rosé. Needless to say, it was a very costly lesson.

There are other, equally important issues concerning that way NV Champagnes are labeled and sold. All NV wines are built around a single year that composes the majority of the blend in a given wine. The rest of the blend is made of reserve wines from previous years, which is the method by which large houses ensure consistent quality each and every year. Recently, a few producers and importers have begun pushing for listing of the base vintage rather than the disgorgement date on back labels. The argument is that the base vintage is a far greater indicator of quality than a disgorgement date. They are 100% correct. A few years ago, the listing of base vintages in NV wines would have been unthinkable. Today, the movement is clearly towards more, rather than less, disclosure. Ideally, a Champagne back label would list the base vintage, percentage and composition of the reserve wines and the disgorgement date. Some producers, such as Bérèche, Boulard, Egly-Ouriet and Paillard include even more information, such as details on varietal breakdown and élevage. These producers, and others, represent the cutting edge when it comes to giving consumers as much information on their wines as possible.

Earlier this year I made my usual rounds in Champagne to taste the 2011s. My first impression is of a good but inconsistent vintage that is stronger for Pinot Noir than Chardonnay. Most of the larger houses were planning to use the vintage to bolster their reserves. I expect we will see fewer vintage wines, especially at the tête de cuvée level than normal, but the Champenoise typically play their cards pretty close to the vest. Vintages 2009 and 2008 inform most of the NV wines currently in the market. These years are pretty much opposites and highly complementary. The cool, bracing 2008s emerge from a late harvest, while the 2009s are much richer and radiant in style. It is still too early to see wines based on the 2010 vintage, but the vins claires that year were inconsistent.

Among vintages already in the market, there is a lot to like in 2006, a year that yielded rich, powerful Champagnes. The 2004s are generally more pointed, focused wines with plenty of energy, but not as much richness as the 2006s. In particular, I have tasted a number of 2004 Blanc de Blancs that are quite exciting. The 2005s continue to be quite mixed. The wines tend to have good up-front fruit, but with time in the glass the challenges of the year – rot in particular – become more apparent. My impression is that most 2005s will have short lives. For more on current and upcoming vintages, readers may want to refer to last year's article. 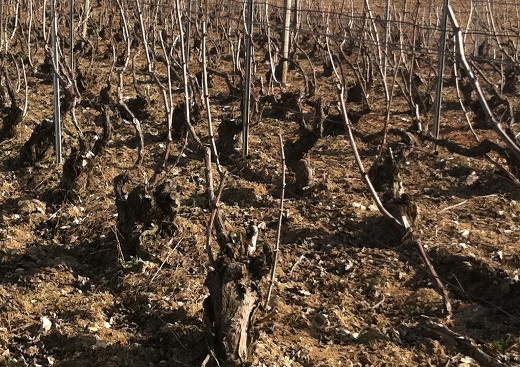 This year, I have posted a number of Champagne videos to complement written reviews. I hope readers will find these short clips of interest.

Note: A number of estates I cover regularly had few or no new releases to show, including Bollinger, Deutz, Dom Pérignon and Salon. Billecart-Salmon chose not to submit samples to our tastings this year. When that happens I usually buy the wines in the market, but Hurricane Sandy made it impossible to do that this year by our deadline. I will review new releases from Billecart at the earliest opportunity.