Following on from articles dwelling upon the more expensive Burgundy crus, allow me to redress the balance with a tranche of Burgundy wines shown by Flint Wines in London that specifically focused upon that great oxymoron: affordable Burgundy. I wrote this introduction after the latest offer of Armand Rousseau landed in my in-box, touting a private cellar of mature vintages with prices that looked as if they were scraped from a realtor’s list of houses currently available in my area. Each one of these offers begs the question: When will the bubble burst? In the meantime, those of us who are not super-rich must forage in less fashionable appellations and among less-well-known growers. Thank goodness the clamor for Burgundy coincides with a general upswing in quality at all levels of the hierarchy and in all subregions. The truth is that there are always less expensive alternatives.

The common thread throughout all these wines is affordability. Unsurprisingly, a good proportion of them come from more rationally priced enclaves of the region, not least Chablis and Mâconnais. 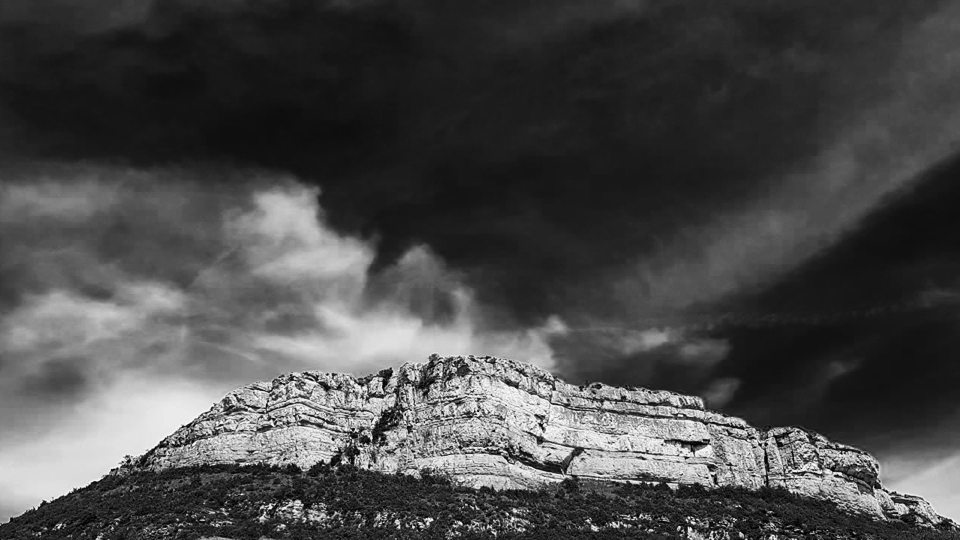 The Roche Vergisson in the Mâconnais, which dominates the region and exposes the terroir for everyone to see.

For starters, I found a pair of wonderful Pouilly-Fuissé from Domaine Gilles Morat. The namesake winemaker has run the Vergisson-based domaine with his wife Joëlle since 1997. They organically farm 5.6 hectares, including some choice parcels in Sur La Roche and Aux Vignes Dessus, and use oak barrels and stainless steel to craft their wines. Alternatively, check out the 2016 Pouilly-Fuissé En Bertilonne from Domaine du Roc des Boutires, which comes from 0.57 hectares of 35-year old vines and spends 16 months in stainless steel and oak barrel. It is one of those vivacious Mâconnais wines that make you question why you restricted your vinous horizons to the Côte d’Or. [Post-script: at the last minute I had the opportunity to taste a clutch of 2016s from two excellent Mâconnais producers: Olivier Merlin and La Soufrandière, the family estate of Bret Brothers in Vinzelles. Both will be covered in detail next year.] 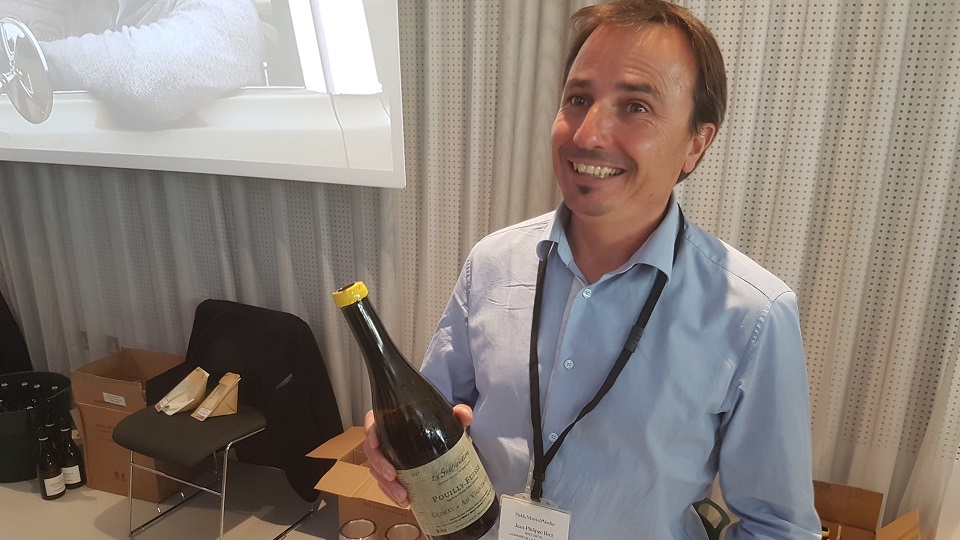 Jean-Philippe Bret of Bret Brothers, one of the leading Mâconnais winemakers.

Speaking of which, you will find several regional white Burgundies here. As I stated in my 2017 Burgundy barrel report, they can represent great value, although you must choose carefully. Some examples I tasted here were not really up to scratch. That said, the 2014 Bourgogne Blanc Les Grands Champs from Domaine Duroché conveyed a Chablis-like minimalism at an affordable price, while the 2016 Bourgogne Blanc Champ-Perrier from Domaine Tessier is safely in top village cru territory. Arnaud Tessier is a winemaker I intend to meet in 2019, as I have never been to the domaine. His Champ-Perrier comes from Meursault on the Puligny border, a single 0.4-hectare plot of 45-year-old vines aged in 10% new oak for six months. Another wine that caught my eye was the 2015 Mercurey from Vincent & Jean-Pierre Charton (a producer where I have to keep making sure that I do not insert an extra “r” into the name). This comes from 50-year-old vines, entirely destemmed and matured in 25-30% new oak for 10 months. It combines the rustic DNA of Mercurey with judicious winemaking to create a pure, grippy Pinot Noir that will give a lot of pleasure over the next four or five years. Moving north toward the outskirts of Dijon, the 2014 Marsannay Les Boivins also captured my attention. I am accustomed to tasting this village cru from Domaine Roty, but Christophe Coillot has fashioned an exemplary wine from the same vineyard, full of crunchy dark berry fruit and impressive length considering its status. 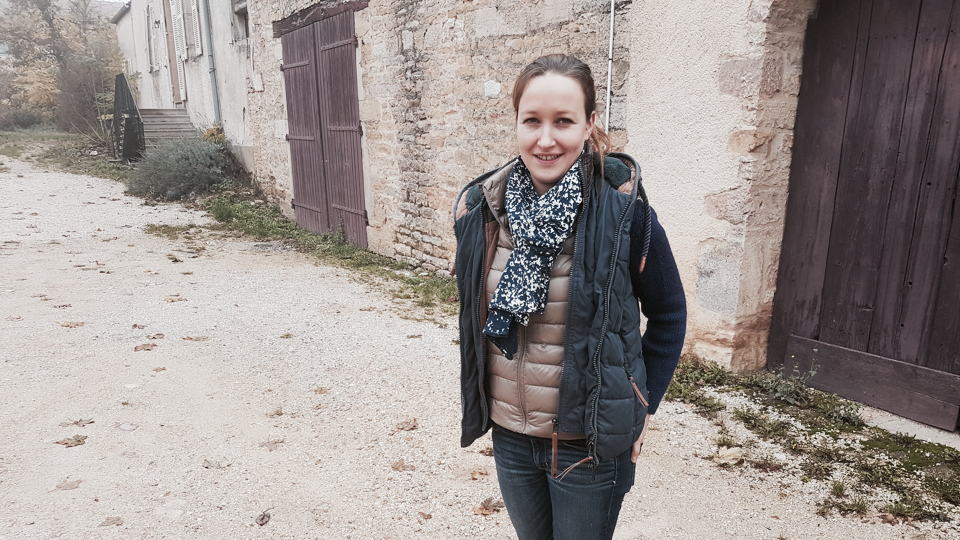 Amélie Bertheau outside the winery. Her Fixin, under Domaine Bertheau-Gerbet, demonstrates what this oft-overlooked appellation can do in the right hands.

Once my traveling resumes, I will ensure that there is a fair representation of wines at the affordable end of the spectrum. My 2017 Burgundy report emphasized the importance of that category to this writer. I also observed that many of the attendees at the aforementioned tasting were sommeliers looking for Burgundy wines that will not languish on lists, waiting for a thirsty oligarch to order the most expensive bottle. While at this level some wines do not make the grade, there are always gems to be found.

This Is Not Morey-Saint-Denis, Neal Martin, March 2019