Alsace, one of the most blessed winegrowing regions in the world, is in the midst of a generational change. Young growers are bringing a fresh mindset to the region’s viticulture and winemaking, its many outstanding wine grapes and its first-rate terroirs. The result is a slew of very different wines from what their parents and grandparents used to make. Common approaches currently in vogue include the co-plantation of varieties, employing organic and biodynamic agriculture methods to the utmost, and a minimal-intervention winemaking philosophy. In fact, the recipes for success vary greatly from estate to estate, but the goal is much the same: to make wines that express their specific terroirs more precisely than they have in the past. Frankly speaking, not all of these “new” wines succeed in doing this, and some are remarkably unsuccessful (for example, not a small number are flawed or marred by unpleasant aromas and flavors), but those that are well-made are noteworthy. Certainly, these young growers have passion and energy in spades, and it will be interesting to see where their focus leads in the near and not-so-near future.

Alsace Facts And Figures: The Grapes And The Wine Categories

Alsace is a viticulturally blessed area boasting a plethora of grape varieties, wine styles, and world-class wines like practically no other French wine region. Unlike Champagne, where the output is dominated by sparkling wines made with the three Pinot varieties, or Burgundy, where wines are made mostly with Chardonnay and Pinot Noir (plus a little Aligoté, and, if you include Beaujolais, then Gamay too), in Alsace wines are made from numerous, very different and unrelated varieties. The diversity of Alsace white wine grapes is noteworthy: Riesling, Gewürztraminer, Pinot Gris, Pinot Blanc, Auxerrois, Sylvaner Vert, Chasselas, Muscat Ottonel, Muscat à Petits Grains (also known as Muscat d’Alsace) and a few more besides. By contrast, Pinot Noir is far and away the most-planted red grape in the region (but there also exist a number of very interesting wines made from the red-berried variants of Sylvaner and Muscat d’Alsace). Recently, because of encroaching climate change, Syrah is being increasingly planted in trial plots at various estates – not unreasonably, given not just the region’s weather but also its wealth of granite soils. 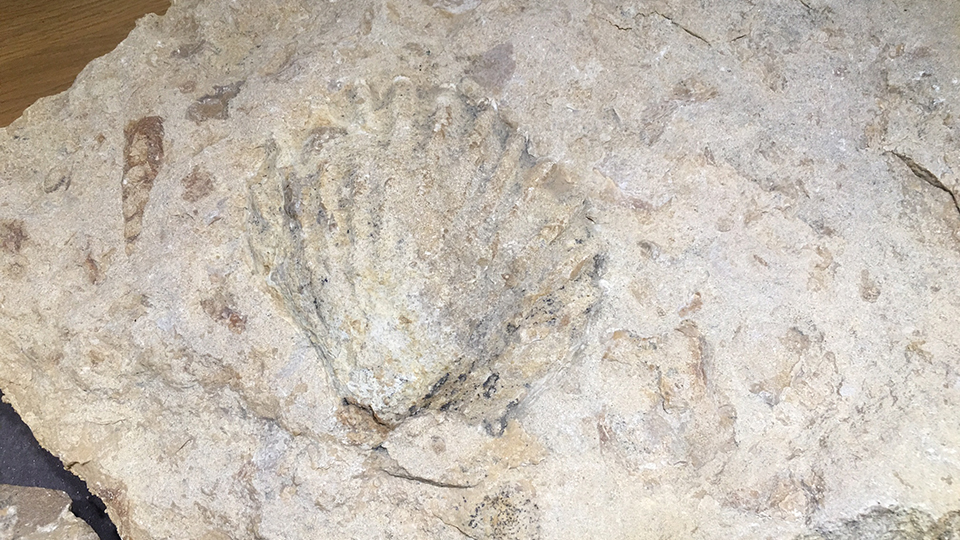 Alsace produces roughly 105 million bottles a year carrying the Appellation d’Origine Contrôlée (AOC) Alsace label. Of those, roughly 92% are white wines, but red wine production is on the rise, and in fact, the quality level of Alsace red wines, previously nothing to write home about, has increased by leaps and bounds over the past ten years. Also fast improving are Alsace’s sparkling wines, the best of which are made by secondary fermentation in the bottle in the manner of Champagne and are called AOC Crémant d’Alsace (currently, about 35 million bottles a year of Alsace wines are Crémant). By contrast, there are only about 6 million and 3 million bottles a year produced respectively of Alsace’s most famous and best wines, the AOC Alsace Grand Crus (51 such vineyard sites were designated starting in 1975) and the sweet or dessert wines known as Vendanges Tardives and Séléctions de Grains Nobles. The former are “late harvest” wines (but a quirk in Alsace law allows the naming of such wines based on an especially high and set sugar content, not necessarily the use of truly late-harvested grapes), while the latter are richer, sweeter wines usually made with noble-rot-affected grapes. Last but not least, about 4 million bottles a year are of the AOC Alsace lieux-dits (a lieu-dit is a specific place name) and communales (from the word communes, or townships). In contrast to wines carrying the generic AOC Alsace designation alone, these wines are made (or should be made) from grapes grown in finite vineyard areas (lieux-dits are vineyard areas that were not recognized as grand crus) and specific township (communes) vineyard districts. In theory at least, these two groups of wines represent the ideal link between AOC Alsace wines (a category that includes many good wines but many more that are insipid and uninteresting) and AOC Alsace grand crus (a category that includes some of the world’s greatest white wines but also far too many wines that are dilute and disappointing). When a wine bears a communale or lieu-dit designation on the label, you should expect it to speak of its specific terroir – say, that of the town of Zellenberg or Eguisheim, or that of a specific lieu-dit such as the Heimbourg or Steinstuck. Clearly, attaining such a result is easier said than done, and often it amounts to wishful thinking and little else. That said, it is important to know that many of Alsace’s lieux-dits are vineyard areas of exceptional quality (the aforementioned Heimbourg is just one example). Though they were not granted grand cru status at the time of that classification’s establishment, they are in many cases of at least premier cru quality. In fact, Alsace legislators are currently busy working on the creation of an official list of premier crus that will, quite correctly, elevate some of the current lieux-dits to a loftier perch in Alsace’s vinous pecking order.

Going Bio And Then Some

Alsace boasts one of the driest climates in all of France, with average precipitation amounting to only about 500–600mm of rain per year. Indeed, the city of Colmar, located in the heart of the Alsace wine production zone, is almost always ranked as the driest or second-driest city in France each year. As most of the region’s vines bask in a warm (and, unfortunately, progressively hotter), dry, sunny, semi-continental climate thanks to the protection against oceanic influence afforded by the Vosges mountains, disease pressure is remarkably low, or has been, up until recently. Clearly, there’s another side to every medal, and climate change has unleashed its negative effects on this part of the wine world too, with increasingly topsy-turvy spring weather bringing, for example, more downy mildew, a rarity in Alsace until recently and very hot growing seasons, which means that careful leaf canopy management and other vineyard intervention measures are now de rigueur in order to avoid making wines that either lack freshness or are excessively high in alcohol.

Nevertheless, Alsace’s dry weather explains in part why a very high percentage of Alsace viticulture is either organic- or biodynamic-certified. In fact, 18.5% of the land under vine in Alsace is devoted to organic farming, more than twice the French national average (8.7%) and more than the rest of the world (according to OIV data, 8–12% of the world’s vineyards are currently organically farmed). At last count, 183 Alsace domaines are organic-certified, and 52 are either Demeter or Ecocert biodynamic-certified. At 61 and 55 certified estates, respectively, the Loire and the Rhône are slightly ahead of Alsace in this department, but keep in mind that both those wine regions have vineyard areas roughly four times larger than those of Alsace. Producers such as Jean-Pierre Frick from Pfaffenheim (who began to farm his vineyards biodynamically in 1981) and Marc Kreydenweiss (who began doing so in 1989) were among those who led the way, along with the likes of André Ostertag, the Barthelmé brothers at Albert Mann, the Faller family at Domaine Weinbach, Jean-Michel Deiss (of Marcel Deiss), Jean Meyer (of Josmeyer), Jean Schaetzel, and Olivier Humbrecht (of Zind Humbrecht). Among the new generation taking over their family estates, youngsters such as Mathieu Deiss, Denis Hebinger, Jean-Frédéric Hertz, and Arthur Ostertag only know (and believe in) an organic and possibly biodynamic way to farm their vineyards. And most of them are making truly noteworthy wines. Witness, for example, those of Vignoble du Reveur, a project run by Mathieu Deiss and his girlfriend Emmanuelle Milan. These young men and women (most of them in their 20s, some in their very early 30s) are passionate about achieving maximum terroir expression in their wines; are keen on broadcasting this notion among the wine-loving public; are converting over to organic farming, if they aren’t already practicing it; and have a firm belief in the potential and improving quality of their red wines. It’s hard not to agree with their views; for example, the quality of Alsace’s red wines has never been better, with some truly stellar Pinot Noirs being made (and the Syrahs I have tried from barrels these last few years are also remarkably impressive).

Clearly, it’s not all roses in the bio, biodynamic and low-sulfur field of winemaking. Like many other things in life, the success of wines made following organic, biodynamic and low-sulfur regimens ultimately depends on individual producer skill. And while some of Alsace’s greatest wines are in fact made following organic and biodynamic agriculture methods and principles, the least successful wines are practically undrinkable, or are, to be charitable, an acquired taste that most people fail to acquire. Too draconian a reduction of sulfur dioxide use is especially pernicious, and resulting wines can be, at best, reminiscent of cider (and not good cider at that) or, at worst, downright flawed, with off-smells and off-flavors galore. Even worse, the grape varieties with which many of these low-sulfur wines are made are completely unrecognizable (and some of us actually like the smell and taste of Sylvaner, of Pinot Gris, and of Gewürz, and that is why we buy those wines to begin with, much as we might buy Northern Spy instead of McIntosh or Cortland apples to eat). In these less-than-successful wines, the recognition of terroir, despite everyone’s best intentions, is often exceptionally hard, if not completely impossible. It could not be otherwise with wines that often taste muddy, extremely salty and bitter (the latter not at all surprising, given the thicker skins of grapes grown). I am not advocating the making of sulfur wine bombs, but presently, at least a few Alsace vignerons need to up their game and improve the quality and cleanliness of their vinous output. That fact recognized, the encouraging thing for all of us who love Alsace and its wines is that the number of flawed wines is getting smaller and smaller each year.

I tasted the following wines directly at the estates during ten days spent in Alsace in October 2018.