Basilicata: Vulture’s Rise from the Ashes

In my article last year, “Treasures of Italy’s Southern Adriatic and Ionian Coasts”, I wrote, “...an organized effort is underway to bring much deeper coverage to Vinous readers next year. Aglianico del Vulture will receive the respect it deserves, if for no other reason than that many of the producers are already creating wines that go beyond all expectations.” Today I’m happy to make that a reality and affirm that I still very much feel the same about the surge in quality and value represented by the region. Just two years ago, the thought of writing an article featuring Vulture and its producers was practically unheard of, as it would be lumped together with the group of “Southern Italian” regions. Top properties here have been so relentless in their quest to prove themselves and improve the quality of their wines on a grand scale. 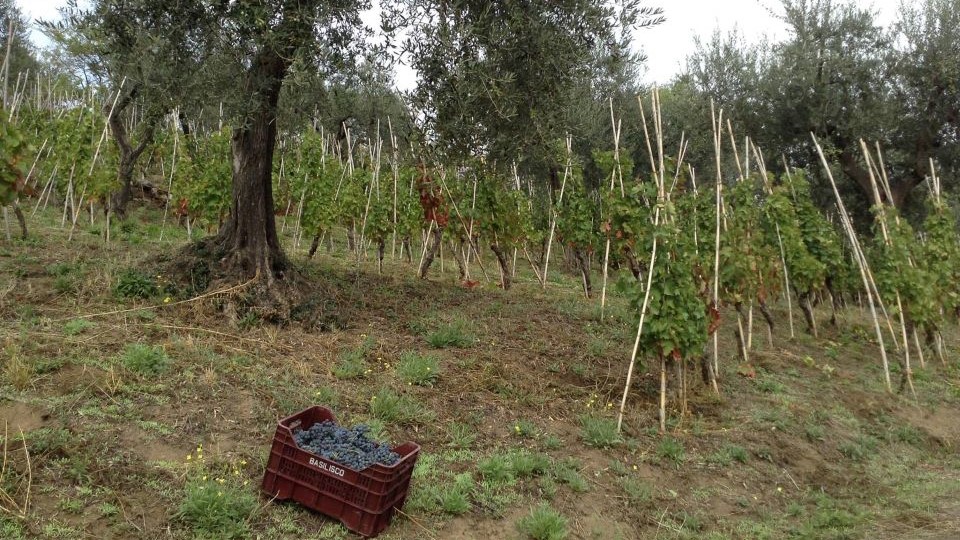 Going back eight years ago, a large tasting of Vulture was painful; over-oaked wines, dirty wines, corked bottles and poor winemaking (resulting in searing tannins or too much extraction) would dominate each flight. When I happened upon that lone producer that was doing the right things, it was a beacon of hope, yet that hope would be quickly quelled by yet another poor performance as the next wine was poured. This is no longer the case. In just eight years’ time, I have witnessed so much change.

Today there is a sense of place, with unique growing zones like Maschito, Ripacandida, Barile, Ginestra, Venosa, Rapolla and Rionero proudly printed on labels. Beyond that, single-vineyard bottles continue to emerge, featuring names like Titolo, Fontanalle, PIan del Moro and Le Drude. Even the older estates, where tradition meant a masking of Aglianico purity through the overuse of oak, pushing ripeness and air-drying grapes have slowly come around. As a result, the wines have never been better. And speaking of purity, that’s where Aglianico del Vulture excels; when allowed to do so, it displays a unique character from its most famous cousin in Campania, while still maintaining it’s tell-tale black fruits, high acids, spicy citrus back bone, regal structure and the capacity to mature for well over a decade. In Vulture, readers will find all of that, and more, with softer palate profiles, woodsy herbal tones, vivid ash-like aromas (as if the vines soaked them up right from the volcanic soils) and a slightly more accessible tannic profile, which allows most drinkers to begin enjoying the wines a bit sooner than most Taurasis. These traits not only make Vulture’s wines a suitable alternative for lovers of Taurasi and Campania, but unique alternatives with their own personalities (think Alto Piemonte versus Barolo). 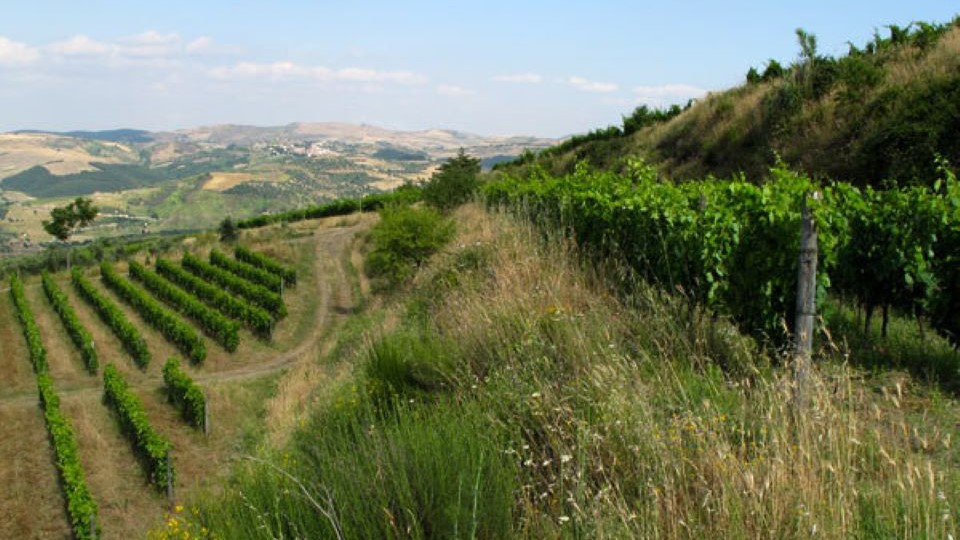 The Unique Stamp of Vulture Terroir

Vulture is a distinctive place on earth to grow grapes, located on the side of a volcano that is flanked by two seas, plus altitudes ranging from 200 to 700 meters, creating an environment that doesn’t follow the preconceptions of typical Italian vintages. Not to mention a vast selection of unique terroirs that were formed by multiple eruptions, both above ground and underwater, from the now-extinct Monte Vulture. Volcanic rock, sand and limestone form the bulk of its complex soils, along with ashy tuff, which retains water like a sponge and helps to relieve vines during dryer seasons. Even though this is the south of Italy, the climate can be described as continental, which is perfect for Aglianico grapes that require a long growing season and late harvest to achieve ideal ripeness, acidity and complexity.

Of course, locations vary greatly, and like all wine-producing regions, there are the crus that create the best wines versus others that differ in quality or expression. A great example of this is the town of Barile, situated halfway up the slope of Vulture, around 620 meters. Here temperatures are noticeably cooler, and soils change drastically within only a few meters, versus the lower hills from 200 to 300 meters, where ash is more prevalent; and while the wines may not communicate the depth and complexities possible from the higher locations, they instead excel with their brilliant fruit and acid profiles. Also notable are the vineyards of Maschito with sedimentary soils of an ancient seabed, or Ginestra, which is characterized by gentle hills facing Vulture, that taper off from the lower spine of the Apennines, with volcanic sand soils, ash and sedimentary rocks.

This wonderful selection of diverse dirt, elevations and exposures is part of what makes Vulture so special; as within most producers’ portfolios, we can find lighter-bodied and easier-drinking Rossos, dark and powerful beauties for long-term aging and detailed, chiseled, cool-toned expressions born from the higher-elevation crus. For my money, it’s often the Aglianico del Vulture DOC where some of the best values can be found, yet also landmines, as this is the most open-ended category in the region that allows for wines from any of the locations or elevations between 200 to 700 meters when sourcing fruit for the wine. Instead, within the Aglianico del Vulture Superiore DOCG is where we find many of the most important expressions and single-vineyard wines from the region. Regulations require three years of aging in the winery with at least one spent in barrel. That said, it’s not uncommon for producers to release vintages later than necessary, so that consumers receive a wine that is closer to its drinking window, making some of the 2014s, 2015s and 2016s in this report current releases. 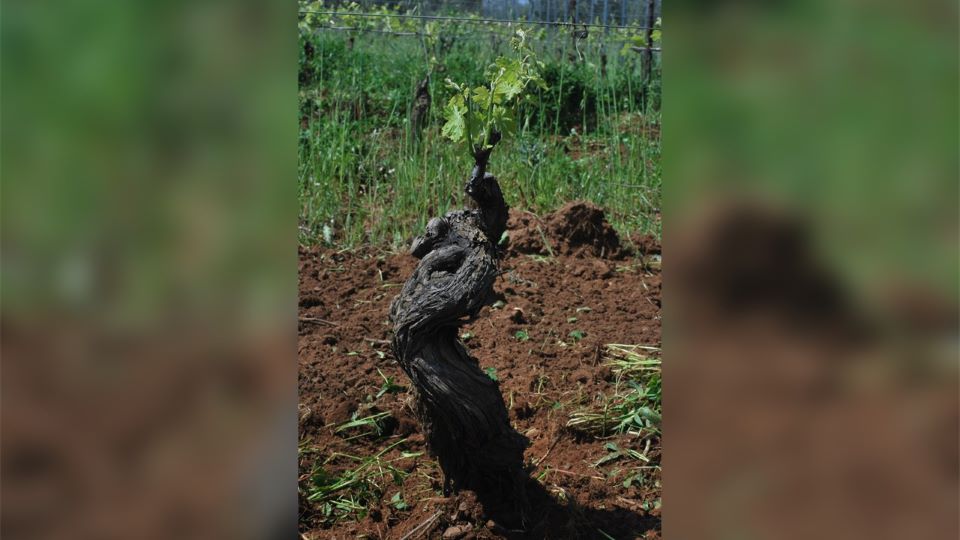 An eighty-year-old Aglianico vine in the Maschito Vineyard of Grifalco.

What Is Still Holding Vulture Back?

This is a question that I like to ask producers in an emerging region; but in Vulture, I was especially interested to hear their take on it. Answers ranged from the most informed and well-thought-out explanations of geography, to the economic issues in the region, or a need for more producers to focus on place, and one of my favorite and most insightful quotes, “There aren’t enough leading producers who value the region and promote it around the world,” down to one who simply answered, “I’d like to know…”

However, while I believe that these are all valid points (well, maybe not the last one), I think that the biggest problems are communication and organization between producers and a governing system of management, along with influencers, educators and the press. An example of this is how this report was built over the course of over half a year and through the hard work of many people, both in Vulture, in the supply chain, and here within our own offices. Nowhere was there a representative of a producers’ consortium, as emails went unanswered whenever I attempted to make a connection. This report happened because the producers came together, organized and communicated with me directly to troubleshoot every roadblock that got in their way and ensured their wines arrived to our offices. If nothing else, this gives me the most hope for Vulture. 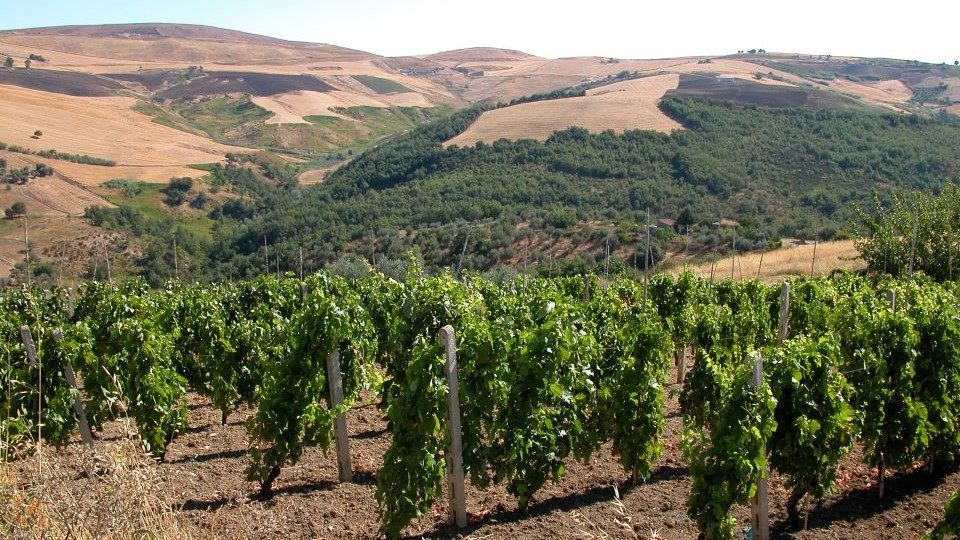 The Ginestra vineyards on the foothills of mount Vulture.

Not Your Average Vintage Talk

The interesting, yet difficult task when talking about new vintages in Vulture is that the wines are released across schedules that vary from estate to estate. For example, the current release for one winery might be 2020, while for another it could be 2014. For instance, the most represented vintage in my tasting notes and in the market is 2017, while the first 2018 Aglianico del Vulture Superiores are just arriving here in the States, along with a few young 2019s and 2020s. Therefore, it makes sense to give a short overview of each of these vintages.

Vulture doesn't follow many of the general assumptions that are made about vintages in Italy. Two thousand-seventeen is a perfect example. While it was warm, Vulture didn’t suffer from the drought conditions that much of Italy had to endure. This, coupled with the high elevations, ventilating winds, proximity of two coastlines and the naturally well-draining soils of Vulture, produced a highly successful vintage for the region. Frankly, I was happily surprised by much of what I tasted from producers like Elena Fucci, Musto Carmelitano, Donato D'Angelo, Carbone Vini and Grifalco; and as such, I have decided to slightly raise my initial score of the vintage. As for 2018, a cooler and rainier year, the wines are going to take some time to really reveal their charms. This is a sleek and cool-toned vintage that I expect will continue to put on weight through the coming years. The ventilating winds and well-draining soils of Vulture helped as well by maintaining healthy fruit on the vines throughout this long season. The 2018s will mature evenly through their balance of acidity and ripe tannins.

Two thousand-nineteen was a warm vintage, but also a crop that was reduced between 10-15% due to turbulent weather throughout the spring, which caused an uneven budding and late flowering. The summer was warm yet balanced with wide diurnal shifts, also aided by a buildup of water supplies from spring rains. I am very excited to see what the bigger wines of 2019 will yield, as they have a balance of radiant fruit and grippy tannins that make them very attractive, yet also geared for a broad and long drinking window. In 2020, expect another year of low production due to hail and rain during the autumn months. However, it’s still shaping up to be an exciting vintage, as warm yet balanced temperatures and large diurnal swings defined the season; this period saw a bit of rain, but it was well-timed, so the soils and vines had time to recover adequately. While this is an early estimation, the wines I’ve tasted so far from producers like Cantine del Notaio and Macarico and Grifalco leave me very excited.

All wines for this report were tasted in our offices in New York City during July and August of 2022.