Abruzzo and Molise Coming of Age

Once widely viewed as the source of nothing more than hearty red wines and inexpensive, inoffensive whites, Abruzzo and Molise are on the upswing. The wine scene in Abruzzo, long a sleeping giant of Italian wine, is especially exciting today.

Even in Italy the regions of Abruzzo and Molise are often lumped together, but in fact they differ in many aspects, with viticulture being just one example. Generalizing broadly, in Abruzzo there are three main native grapes (Montepulciano, Trebbiano Abruzzese and Pecorino) and three fundamental denominazioni (Montepulciano d’Abruzzo, Trebbiano d’Abruzzo and Cerasuolo d’Abruzzo), while in Molise international varieties play a much more important role—typical of virtually every wine region in which quality viticulture and winemaking have become a staple only in the last 100 years or so. Therefore, varietally labelled Merlot, Cabernet Sauvignon and Sauvignon Blanc wines are more commonly associated with Molise than Abruzzo. In fact, the two most typical native grape varieties of Molise, the still relatively unknown Cococciola (a white grape) and the extremely interesting and potentially very high-quality Tintilia (a red), have only started being the object of study and serious wines in the last 10 to 20 years. 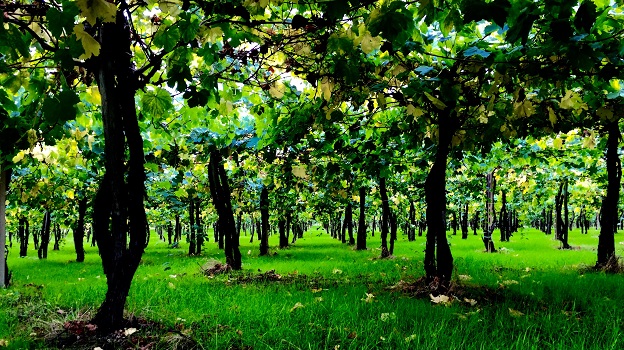 Make no mistake about it: Abruzzo, long a sort of sleeping giant of Italian wine in which producers were content with making big, hearty reds and inoffensive, simple whites with no staying power, is fast becoming one of Italy’s most exciting wine destinations. As I wrote in last year’s review of Abruzzo’s wines, new, a more sophisticated younger generation has been taking over at family wineries and the improvement in the wines has been dramatic. Completely forgotten varieties such as Pecorino and Passerina have been saved from oblivion, and these cultivars today are being used to make some Italy’s most popular white wines. This is especially true of the former variety, but the flip side to this great story is that Pecorino, much like Pinot Grigio before it, is fast becoming a victim of its own success. Today there are far too many wines on the market labeled Pecorino that are redolent of tropical fruits, when in fact well-made Pecorino wines should not feature banana, pineapple, mango and other exotic fruit aromas and flavors. Rather, the variety should give more nuanced wines that are reminiscent of Sauvignon Blanc, but with bigger structures and generally higher alcohol levels.

Another enticing aspect of Abruzzo wine today is that many estates are now looking to buy or rent vineyards higher up in the mountains in the region’s interior, as opposed to insisting on the flatland, seaside viticulture that was typical in the past. It’s not by chance that a famous producer like Masciarelli now also culls grapes from higher-altitude areas such as Capestrano (roughly 1,500 feet above sea level), or that Adolfo De Cecco, scion of the famous pasta-making family, has chosen to rent his vineyards near Ofena, another mountainous viticultural zone. And in keeping with the fresher, more modern and global outlook of the members of his younger generation, De Cecco has hired Thomas Duroux of Margaux’s Château Palmer as his consulting winemaker.

In another sign of a winemaking philosophy more in tune with modern practices, many Abruzzo estates are shying away from aging Montepulciano in small oak barrels, or are using them much more judiciously than in the past. Last but not least, an epochal change in Abruzzo wine is the increasing importance that white wine is starting to play in the region, with many estates now producing wines from the likes of Passerina, Moscato di Castiglione (a local biotype of Moscato Bianco) and even Montonico. I have no doubt whatsoever that today Abruzzo is one of the regions in Italy to watch most closely, and a place where excellent wines can already be found for a fraction of the cost of wines of similar quality made elsewhere in the country.

In Molise, greater care is being taken than in the past to matching grape varieties with the most suitable microclimates and terroirs — such as planting Sauvignon Blanc at higher altitude—and to taming Tintilia’s noteworthy tannic power, with increasingly outstanding results. Molise’s climb to wine respectability is a recent event, so the region’s wines are still a work in progress, but there are enough encouraging signs (and small dedicated family wineries cropping up all the time) to allow enophiles to hold out hope for the region’s wine future. Of course, only time will tell. 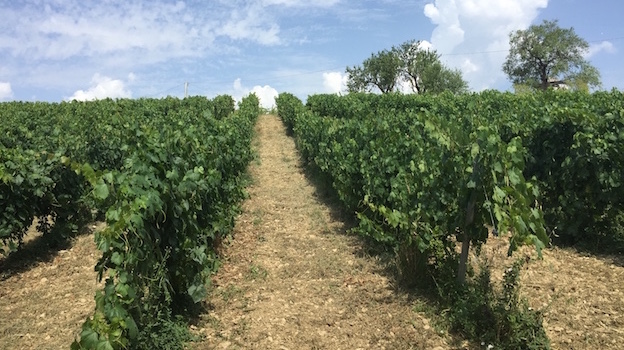 Recent Vintages in Abruzzo and Molise

Overall, 2015 was a very good to outstanding year, with copious springtime rain allowing for the build-up of water reserves. July, August and September were extremely warm and completely rain-free, so disease pressure was practically nonexistent. The main problem during the 2015 growing season was the possibility of water stress, but in fact this issue plagued only certain areas on sandy soils near the coast and younger vines in general. In fact, although grape production was down by as much as 20% in specific areas, the majority of Abruzzo’s diverse terroirs fared well, and overall production in the region was actually up 5% from the previous year. The harvest took place, on average, ten days earlier than usual because the last week of August was especially hot, with daytime temperatures reaching or exceeding 40 degrees C (104 degrees F.) on several days. Overall, the vintage is a much better one for red wines than for whites, which are often a little flabby, and for Rosato and Cerasuolo wines, which lack freshness and precision for the most part.

By contrast, 2014 qualifies as a very wet year, one in which rain started early and essentially never let up. Actually, white and Rosato wines have turned out much more lively and fragrant than expected, while the vintage’s reds can be marred by tough, unripe polyphenols. But most 2014s show signs of dilution.

The 2013 vintage was characterized by an especially cool and rainy spring, with berry shatter all too common during the flowering, but the weather then turned stable for much of the summer. The growing season was longer than average, allowing for greater hang time and potentially noteworthy reds. However, September rainfall posed a problem for those producers who harvested too quickly rather than waiting out the bad weather.

Finally, the 2012 vintage was better in Abruzzo than in many other Italian regions, where it was often just too hot. Winter and spring rainfall allowed for good water reserves in the ground, so that Abruzzo withstood 2012’s at-times very intense summer heat better than elsewhere in the country. (Please refer to the Vinous vintage charts under the Tools tab on this site for additional information on older vintages in this region).

I tasted the wines reviewed in this article in the cellars and at my home in Rome in April and May.

New Releases from the Marche: Something for Everyone, Ian D'Agata, July 2015

The Wines of Abruzzo and Molise, Ian D'Agata, May 2015