Sicily: Moving Fast While Slowly Rediscovering its Past

For centuries, Sicily was little more than a supplier of neutral, high-alcohol, deeply colored bulk wine that was shipped to colder northern lands to reinforce their anemic reds. So Sicily’s myriad grape varieties and vast terroir diversity had little chance to shine. However, as viticultural and wine-production practices improved over time, it became apparent that Sicily has a lot more than just plonk to offer. Clearly, simply in light of Sicily’s size, important differences in terroirs and the grapes grown in each are to be expected. In fact, Sicily is an extremely large island: at just under 10,000 square miles, it is the world’s 45th largest island (by comparison, Great Britain, at about 80,000 square miles, is the world’s 9th largest, and Tasmania, at 25,000 square miles, ranks 26th). 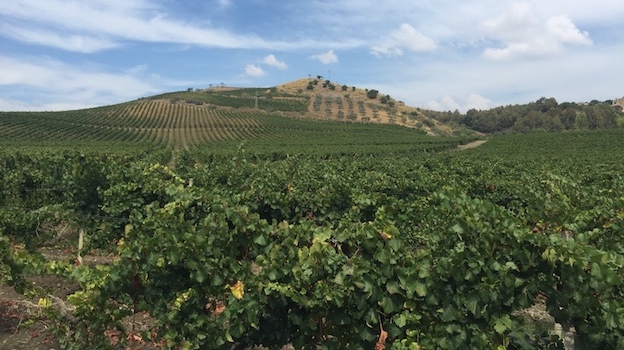 The quality of certain unique Sicilian terroirs, such as those of Pantelleria and Etna, has been recognized in recent years by wine lovers all over the world. However, there are many more noteworthy viticultural areas in Sicily, some of which are only now reaching the consciousness of international enophiles.

Cerasuolo di Vittoria is one of the most interesting wine zones not just of Sicily, but of Italy as a whole. Of course, the fact that the area is blessed with a plethora of passionate and talented producers helps—such as Arianna Occhipinti, COS, Gulfi, Paolo Calì and Valle dell’Acate, to name just a few. More important, many of these estates are now making some of their best wines ever. Sicily’s only DOCG wine is in fact Cerasuolo di Vittoria Classico, but the DOC Cerasuolo di Vittoria wines are often just as good (they are certainly less oaky), and they cost less. These Nero d’Avola-Frappato blends (generally containing about two-thirds of the former and one-third of the latter) are medium-bodied, perfumed wines that neatly combine the pungent floral character of Frappato and the darker, riper fruit aromas of Nero d’Avola. Don’t miss out on the many outstanding monovariety Frappato wines now available (the Vittoria sub-area is particularly favored for this variety, so look for Vittoria Frappato bottlings). These pretty wines, redolent of violet and strawberry, are some of Italy’s best fresh, light-to-medium-bodied red wines and can be enjoyed slightly chilled.

Faro, at the northeastern tip of Sicily near the city of Messina, is literally crammed with little-known family-run wineries making lovely perfumed, medium-bodied red wines of great purity and fragrance, although the white wines here are less interesting, at least for the time being. The reds from Faro are mainly blends of Nerello Mascalese, Nerello Cappuccio and Nocera, although small percentages of other local red grapes also find their way into these wines. Strongly mineral and characterized by high but harmonious acidity, well-made Faro wines really sing on the palate and show more than a passing resemblance to the great red wines of Etna. Production volumes are small, however, and since vineyards are distributed over large areas but in small parcels, it is not likely that Faro will ever see an influx of large producers trying to cash in on the DOC’s name, as has happened with Etna. 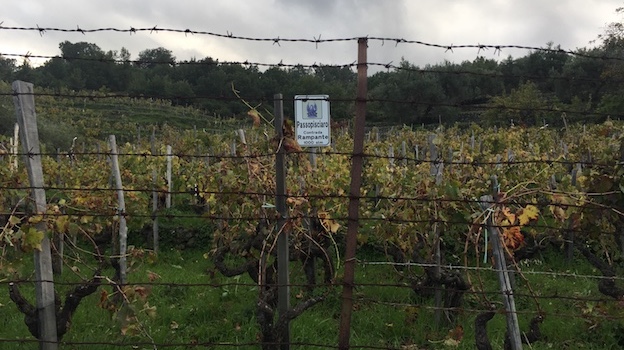 Clearly, Etna remains one of Italy’s three or four hottest wine areas. Etna Rosso is most often a 90/10 blend of Nerello Mascalese and Nerello Cappuccio, while Etna Bianco can be pure Carricante or blends that include Cataratto Comune or other varieties. Clearly, it is almost always the monovariety Carricante Etna Biancos, characterized by a unique lemony minerality and the capacity to age and improve in bottle for a decade or more, that can rank with the world’s best whites. As is always the case when a wine zone meets booming success, a lot of newcomers have been attracted to the area, and so Etna has seen new wineries springing up of late like mushrooms in the forest after a rain. These include small family operations that no longer sell their grapes to bigger estates or to social co-ops, as well as huge estates from other parts of the island, which have bought land and have started making Etna wines (just to name a few: Cusumano, Donnafugata, Firriato, Planeta and Tasca D’Almerita).

However, although the Etna name remains magical sales-wise, not all of the new Etna wines are as good as they should be. Once you get past the top 12 or 15 estates, the quality of Etna wines drops precipitously; many wines are simply uninteresting or downright flawed, so caveat emptor. Of course, the top Etna Rosso and Etna Biancos are some of Italy’s best and most exciting wines right now, and wine lovers shouldn’t miss out on them. 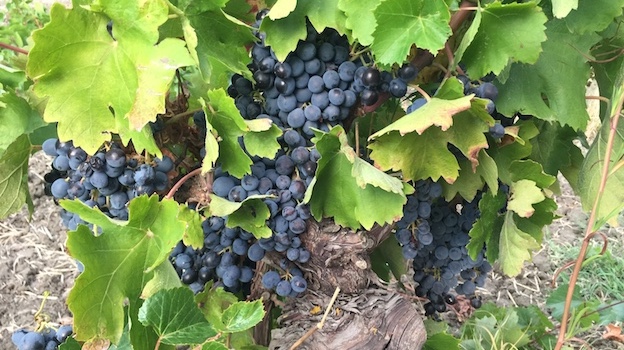 Varieties like Nero d’Avola and Nerello Mascalese have become much better known by international wine lovers over the last ten years, but Sicily offers much more than just those two outstanding varieties. Remember that the single most important thing to know about Italian wine is the characteristics of the grape variety—or varieties—used to make specific wines. After all, the country boasts more than 600 different grape varieties, many of them highly distinctive, so a working knowledge of what at least the more important grapes can and can’t offer will serve you in good stead. While even Italians don’t know—and could care less—what the wines of Contea di Sclafani, Contessa Entellina and Eloro are all about, or how they differ from each other, knowing what the red varieties Nero d’Avola, Frappato, Perricone and Nerello Mascalese bring to the table makes it much easier to fully appreciate and enjoy these wines. The same applies to wines made with white grapes such as Carricante, Catarattos (plural, because there is more than one), Zibibbo, Grillo and Inzolia. You can’t expect a wine made with 100% Frappato to taste anything like one made with 100% Nero d’Avola or Merlot, as these three grapes give completely different wines, beginning with their color. The same applies, for example, with a wine made with Carricante, which should not reek of pineapple and banana; if it does, you’re not drinking a monovariety Carricante, and you are being deprived of the chance to understand what Carricante is about.

Of the many new varieties being brought to the fore nowadays, make sure you try monovariety Perricone wines. These deep red-ruby, fruity, fresh wines pack luscious tarry plum and spicy red cherry aromas and flavors on relatively light, high-acid frames. There are also an increasing number of Nocera wines being made; the learning curve is still rising steeply for these full-bodied and at times slightly monolithic wines, but one taste of a well-made example demonstrates the grape’s significant potential. In what is a textbook example of why matching grape varieties to their traditional terroirs is key—as opposed to planting international or other native varieties that had never been grown in that specific area to begin with—Sicilians are beginning to realize that Nocera is much better suited to the northeastern corner of the island than is Nero d’Avola, for example, where it’s just too humid and wet for the latter variety to perform well. Last but not least, try to ferret out the still-rare wines made with the Corinto Nero grape. Sparsely cultivated and nearly extinct outside of the Aeolian Islands, it stands out for having very few if any seeds; it yields vivid, light-to-medium-bodied red wines, such as Salina Rosso, that are loaded with intensely flinty, mineral-driven red fruit aromas and flavors that make them perfect with simple pasta and pizza dishes. 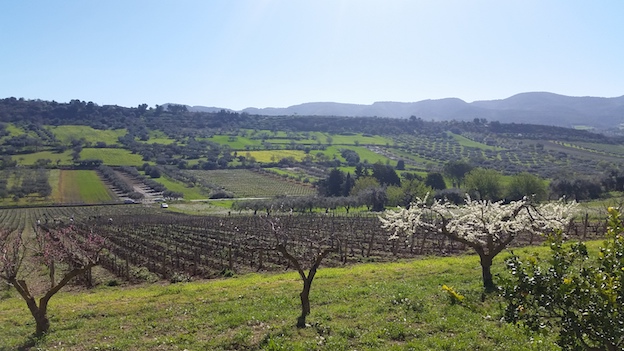 Among Sicily’s white wines, those made with the Catarattos and Grillo have never been better than they are today. Grillo is now coming into its own, with wineries finally harnessing the variety’s potential. Today we are seeing more wines that offer both the meaty, tactile palate presence of traditionally made wines and the pure herbal and citrus fruit aromatics of more modern versions. Nowadays, Grillo wines that are little more than Sauvignon Blanc-like wannabes are thankfully increasingly rare. The Catarattos (there are three Catarattos: Comune, Lucido and Extra-Lucido) have also finally been studied and replanted in vineyards with more suitable altitudes and exposures, and the resulting wines have never been better. For example, Cataratto Comune planted at 700 meters above sea level gives wines redolent of jasmine and white stone fruits, with a delicately glyceral mouthfeel. These wines are a far cry from the insipid examples that were made from extremely high yields in flatland vineyards only ten years ago. Cataratto Lucido (increasingly called Lucido by some in an effort to avoid confusion, but of course the purist in me cringes), which is more at home at slightly lower altitudes, offers wines that are more intensely mineral and more delicately herbal and spicy than those made with Cataratto Comune.

And don’t forget Sicily’s delightful Zibibbo wines. Both the aromatic, floral, dry version and the supersweet Passito di Pantelleria version, with its characteristic notes of peach, tropical fruits and honey, are some of the island’s best wines.

Clearly, it is nearly impossible to generalize about vintages in Sicily since the island is so large. For example, the weather on Etna on the island’s eastern seaboard is not at all the same as that of lower elevations in Sicily, much less the windy island of Pantelleria.

Overall, 2015 was a warm growing season, but rainier in Sicily than in most of the rest of Italy. Even so, there was no disease pressure to speak of. The winter and early spring months were characterized by light showers, while summer featured extremely hot days, especially for a two-week stretch in July. Abundant rainfall in the first days of August helped replenish water reserves, thereby preventing water stress from becoming a problem in most vineyards. However, Sicily is so large that temperatures and precipitation totals can vary widely between one part of the island and another. For example, in south-central Sicily, where the Contea di Sclafani DOC is located, it rained excessively in June, July and August (unlike in most of the rest of Italy), but temperatures in August were generally on the high side. On Etna, a rainy, cold spring delayed budbreak, with the cool weather prevailing throughout May and early June. Worse still, hail hit on May 8 (the Contradas of Santo Spirito and Guardiola were especially affected), and on the 9th it was the Calderara Contrada’s turn to be struck by hail. While high temperatures on Etna in summer and fall allowed the grapes to ripen fully, intermittent showers triggered rot in some sites. Thus careful grape selection at harvest was of paramount importance; overall, production volumes at some estates were down by as much as 30%. 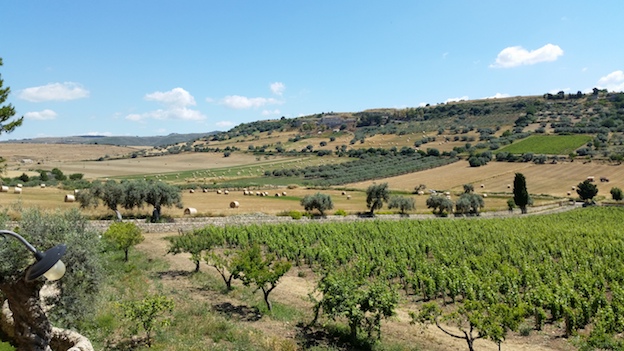 For the most part, Sicily’s 2015 white wines are fresh and fragrant (more so than in other central and southern regions of Italy, where the summer heat resulted in many aromatically compressed and atypically weighty wines), while the red wines look to be graceful rather than powerful, but should prove to be ageworthy.

For commentary on other recent vintages in Sicily, please refer to my previous Vinous article on the island’s wines, Sicily: The Challenge of Turning Great Potential into Great Wines (December, 2015). And please be aware of the magnificent quality of the 2014 vintage on Etna, a year in which that Denominazione made some of its greatest wines to date. For the most part, the 2014 Etna Rosso wines are more austere and brooding than is normal at this early stage of development, but they also deliver outstanding depth, concentration, balance and complexity.

I tasted the wines reviewed in this article at the estates in Sicily and in my office in Rome in September and October.

The Wines of Campania: Getting Better and Better, Ian D'Agata, November 2016