Following my report earlier in the year, this second tranche of new releases from the Cape shows how much the region has to offer. Traveling to South Africa remained difficult under COVID-19 rules so I tasted the wines in the UK over a week in July 2021. I cannot wait to return to this wonderful country; it has been too many months since I could visit vineyards and discuss the ever-changing region face to face with winemakers. They have endured a few difficult months, not least due to the government’s vacillation over limiting or banning sales of alcohol. Although I wrote this report amid easing travel restrictions and a growing sense of anticipation that I might visit the region again before long, recent developments with the new Omicron variant of COVID-19 means I might have to wait a little longer. 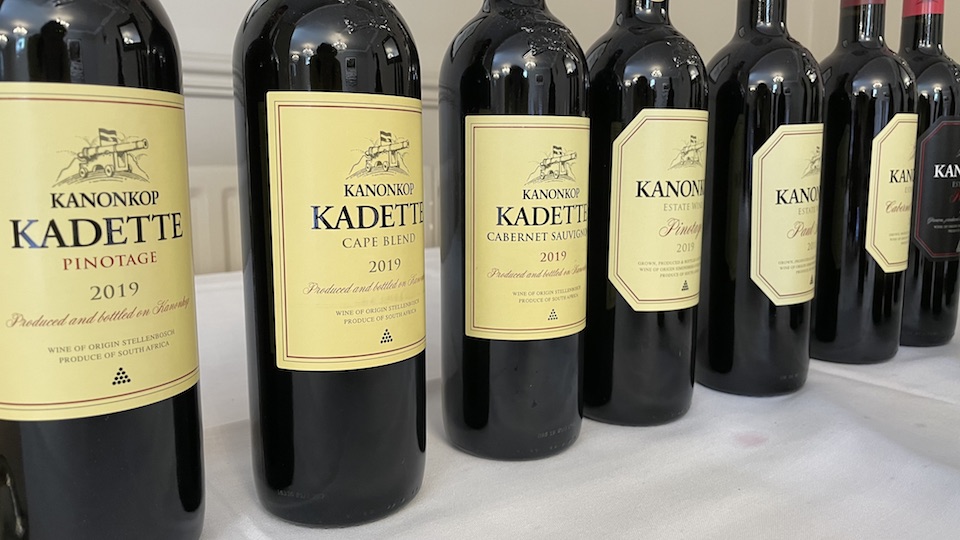 The 2020 growing season broke the run of “drought years” between 2016 and 2019. Though ultimately the harvest was 8.2% larger than 2019, flowering was disturbed by windy conditions during fruit set and consequently there was uneven ripening between and within parcels. Swartland flowered some 10 days earlier than normal. Thankfully, the summer was devoid of heat spikes and rainfall was welcome, particularly in those regions prone to drought. The downside of the rain was that it resulted in more challenging sanitary conditions and winemakers had to be vigilant, proactively spraying their vines against mildew and rot. It also necessitated more weed control. Swartland did experience one 40°C spike in mid-January that nudged their picking date forward. In Stellenbosch, the earlier-ripening varieties tended to be picked two weeks earlier than usual, while the later-ripening ones were ready at the normal time due to those moderate temperatures, which enhanced flavor retention. 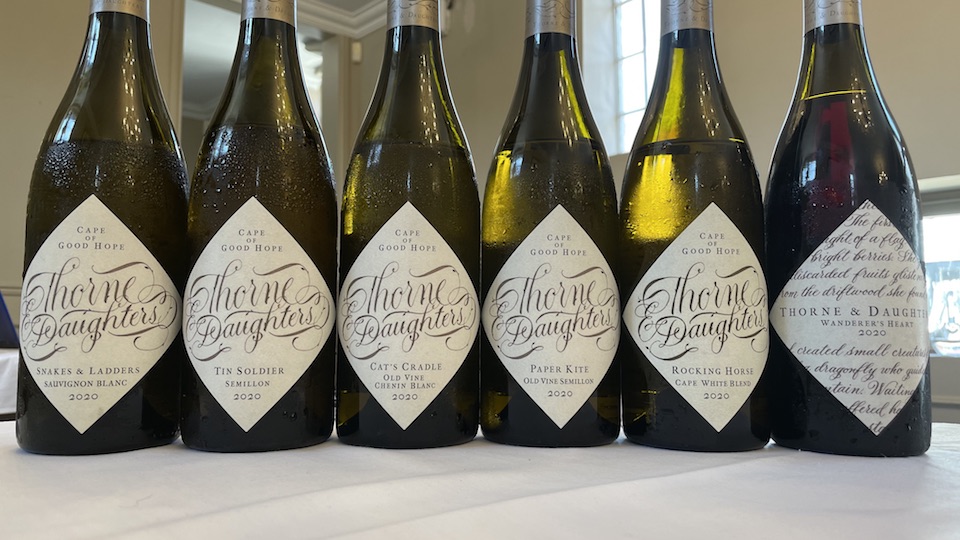 This sweep of the Cape includes a mixture of larger-volume/more commercially driven producers and cutting-edge winemakers whose limited allocations are fought over. It was perhaps expected that not all of the entry-level wines made the grade, and there were plenty of instances where very ordinary and occasionally faulty wines had to be excluded. That is the same for any country or wine region, irrespective of reputation.

I prefer to focus on the standouts because, as I have written countless times before, South Africa is frankly unbeatable in terms of quality-to-price ratio. Kanonkop still provides what for this writer is the exemplar of South Africa’s signature grape variety, Pinotage, and one of those wines that I would serve blind to those who dismiss it out of hand. Their Kadette range remains outstanding value, particularly their 2019 Cabernet Sauvignon, which retails for the paltry sum of two ten-dollar bills.

I have to applaud Richard Kershaw for yet another slew of brilliant, razor-sharp Chardonnays and Pinots. Admittedly, the labels with all their cartographic references make Burgundy’s climats look simple. However, they are worth navigating, since the wines are stunning, pulse-quickening articulations of their terroir. Johannes Reyneke has really upped his game and shows how biodynamic winemaking can thrive in Stellenbosch; his 2019 Biodynamic Syrah exudes complexity and joie-de-vivre. Staying in that region, the 2018 MR de Compostella, the joint venture between Bruwer Raats and Mzokhona Mvemve, continues to assert itself as one of South Africa’s finest wines (at some point, I would love to conduct a vertical of vintages). Raats Family Wines also leads the way with their Cabernet Franc–inspired cuvées, the 2019 Cabernet Franc Dolomite burgeoning with energy and tension, and the 2020 Chenin Blanc Eden High Density Single Vineyard shows that brothers Bruwer and Jason Raats are dab hands at white varieties too. 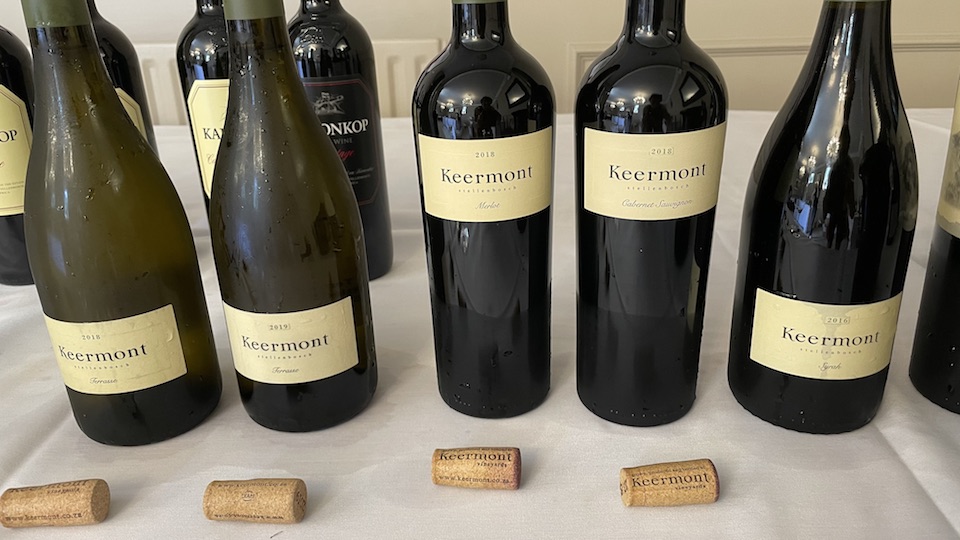 It gave me immense pleasure to see Samantha O’Keefe’s Lismore label back in action after the devastating wildfire that destroyed part of her vineyards and her home. Despite having to rely on mostly bought-in fruit, it seems that she has lost none of her touch as a winemaker. Check out her 2020 Viognier The Age of Grace, which is racy and tensile yet manages to stay true to the variety, and her world-class 2020 Chardonnay Estate Reserve, from the only vineyard to survive the fire. Readers should refer to the producer profile for more detailed information on how O’Keefe put together the releases included in this report.

Some of South Africa’s small but almost “cult” wineries continue to deliver the goods. This year, I was particularly impressed by John Seccombe’s 2020s under Thorne & Daughters. These are perfect for those who prefer low-intervention wines, which are often as much about texture as obvious fruit flavors. This latest set of releases represents some of the finest that I have encountered since Seccombe’s debut. I am not the greatest fan of natural wines; if I don’t like the smell or taste, I don’t really care how little sulfur you used, it’s going down the sink. But hats off to The Vineyard Party, the moniker of winemaker Jolette Steyn. I’m not sure about the name, but I enjoyed her I’m Your Huckleberry and Here Be Dragons cuvées, both Helderberg-sourced Sémillon and both wines that I would happily drink and share with friends, the raison d’être of fermenting grapes. 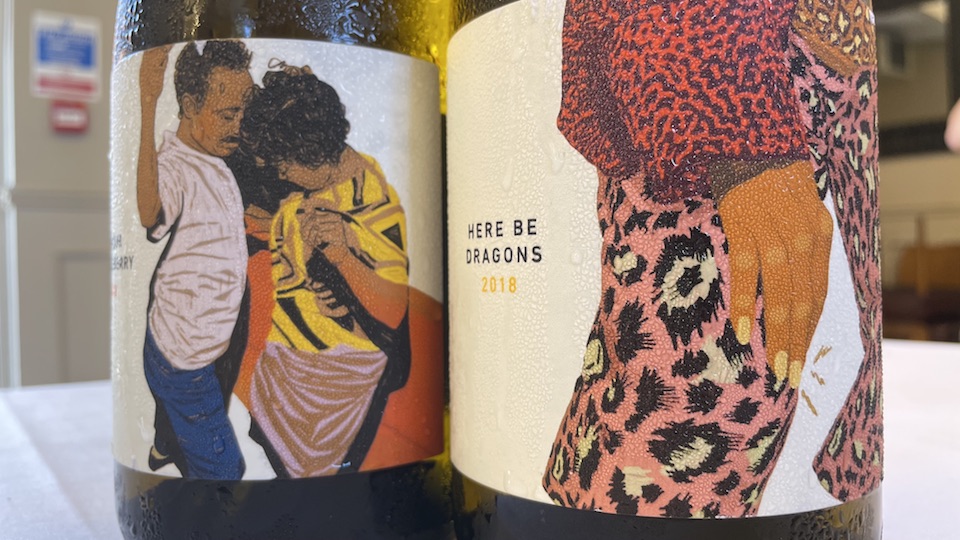 I am a massive fan of low-intervention South African wines, and over the years I have dispensed some very laudatory reviews. However, there were one or two occasions during this tasting when I felt that some of the whites were just too minimalist, crossing the line from “subtle” into “non-existent.” These wines lacked body in the mouth and consequently there was little aftertaste. A philosophical approach behind a wine is welcome and should often be praised, but it means nothing if you end up having to imagine what that wine might smell and taste like.

Overall, this tasting provided more evidence (not that any is needed) that the Cape is striving forward, as dynamic as it has ever been despite the turmoil of the last couple of years. Hopefully, as we see light at the end of the tunnel, the wine industry will exit stronger than ever.